Jessica Chastain has set the record straight about the viral clip of herself and co-star Oscar Isaac promoting Scenes From A Marriage at Venice Film Festival over the weekend.

The actress, 44, spoke about the slow-motion clip that broke the internet over the weekend as fans were left swooning over the moment in which Oscar, 42, was seen placing a tender kiss on his co-star’s inner arm.

Appearing on Wednesday’s Today show episode, the Zero Dark Thirty actress insisted that the longtime friends only looked ‘sexy’ because the footage had been slowed down.

Jessica stated: ‘We’re acting, but also Oscar and I have been friends — we went to college together — so we’ve been friends more than half of our lives.’

‘Let me just say, though, this is a slow-motion video, and everybody is super sexy in slow motion.’

She continued: ‘I think it was really funny because when you look at it in regular speed, I’m looking straight ahead and he looks over at me and he just kind of goes to give me a peck on my elbow, and at the same time, I’m going to give him a hug. 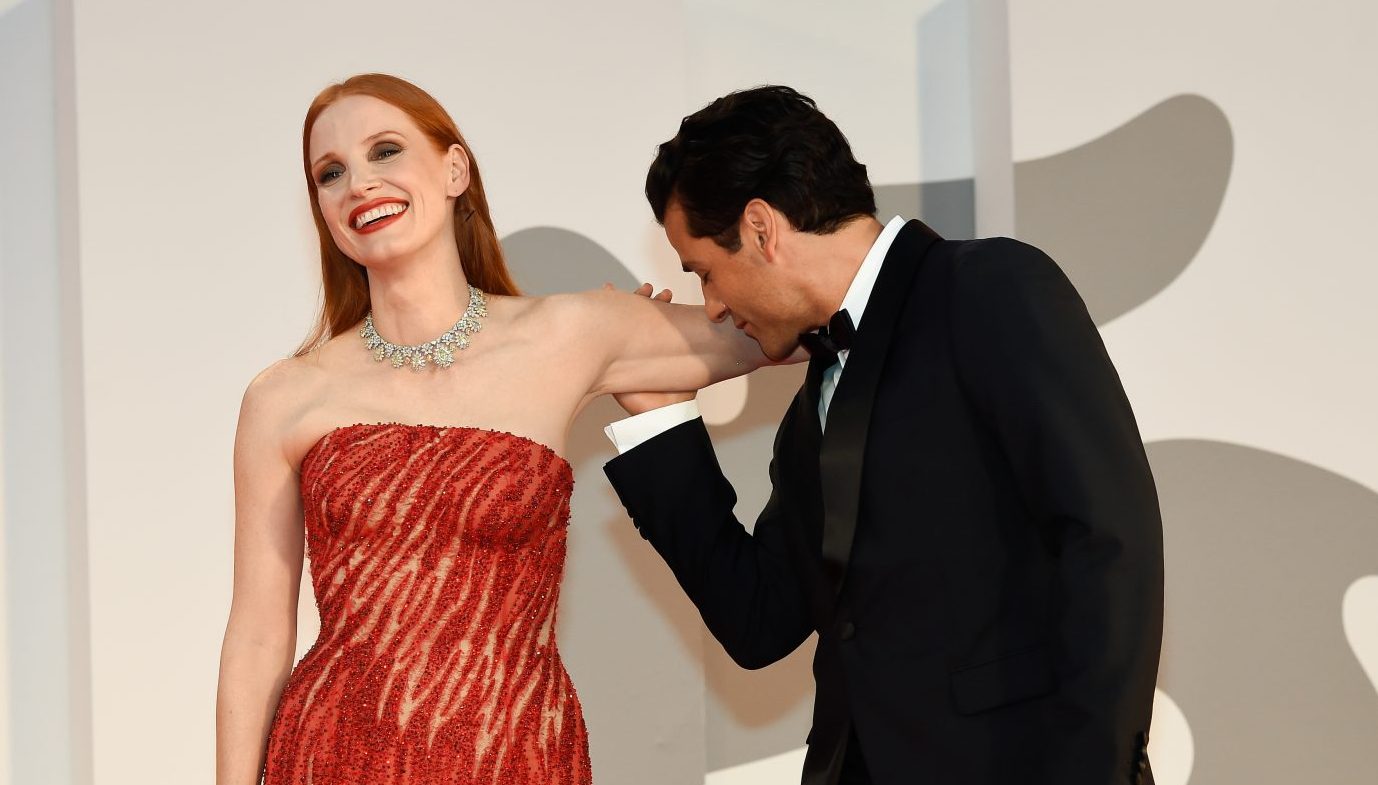 ‘We can almost read each other’s minds. It also means we could hurt each other really strongly. In the scenes, we would know how to get to the other one.’

Earlier in the week, Jessica shared her reaction to the fanfare caused by the moment as she shared a playful image on Twitter.

The Zero Dark Thirty star made a nod to fan comparison of the pair to iconic couple Morticia and Gomez Addams of the titular family with a simple black and white image of The Addams Family characters from the 60s TV series.

Alongside a devil emoji, she captioned it with the release date of the pair’s series: ‘Sept 12th.’

Both stars are happily married to other people with Jessica married Moncler executive and Italian count Gian Luca Passi de Preposulo in June 2017, and they share two children together.

Isaac, meanwhile, tied the knot with Danish writer and director Elvira Lind in February 2017, and they share two sons.

The duo star in the American adaptation of the 1973 Swedish miniseries Scenes from a Marriage as Jonathan and Mira, a married couple whose relationship falls apart over several years.

Scenes from a Marriage premieres September 12 on HBO.