JEOPARDY! champ Ryan Long cruised to his 16th win on Friday as fans spotted a "bizarre pattern" and something – or someone – else. 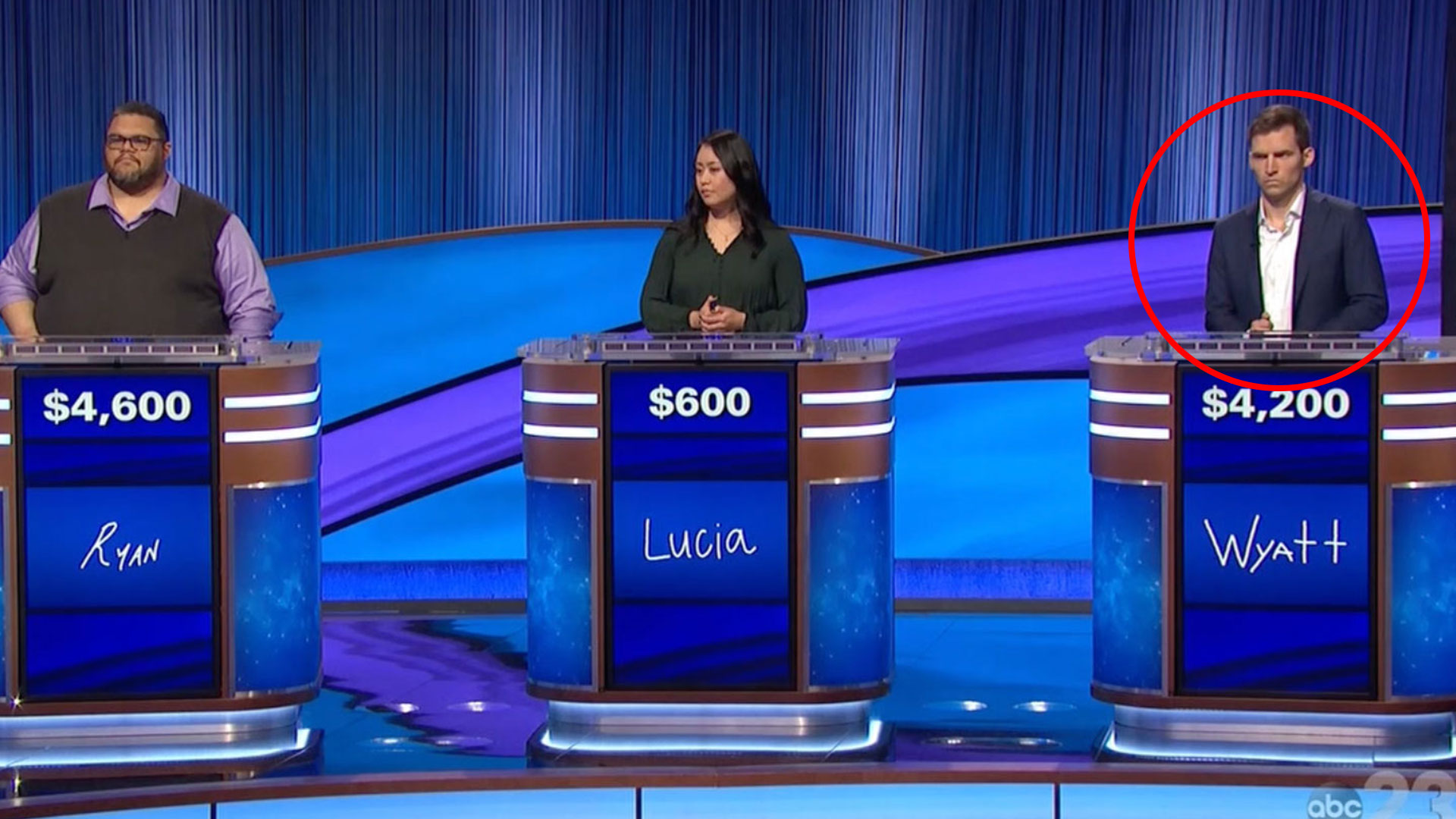 Mayim, 46, is hosting Jeopardy! for the fourth week in a row, returning after alum Ken Jennings' prior three weeks at the helm and announcement he'd be out for "months."

The permanent hosting slot is still on the board and will be decided by the end of Season 38 in July 2022.

Tonight, Philadelphia, Pennsylvania rideshare driver Ryan drove to his 16th win, already the ninth-longest streak on the show ever – with another $20K and $299K total.

But tonight, dozens of fans also took a pit stop to lust over a new contestant. 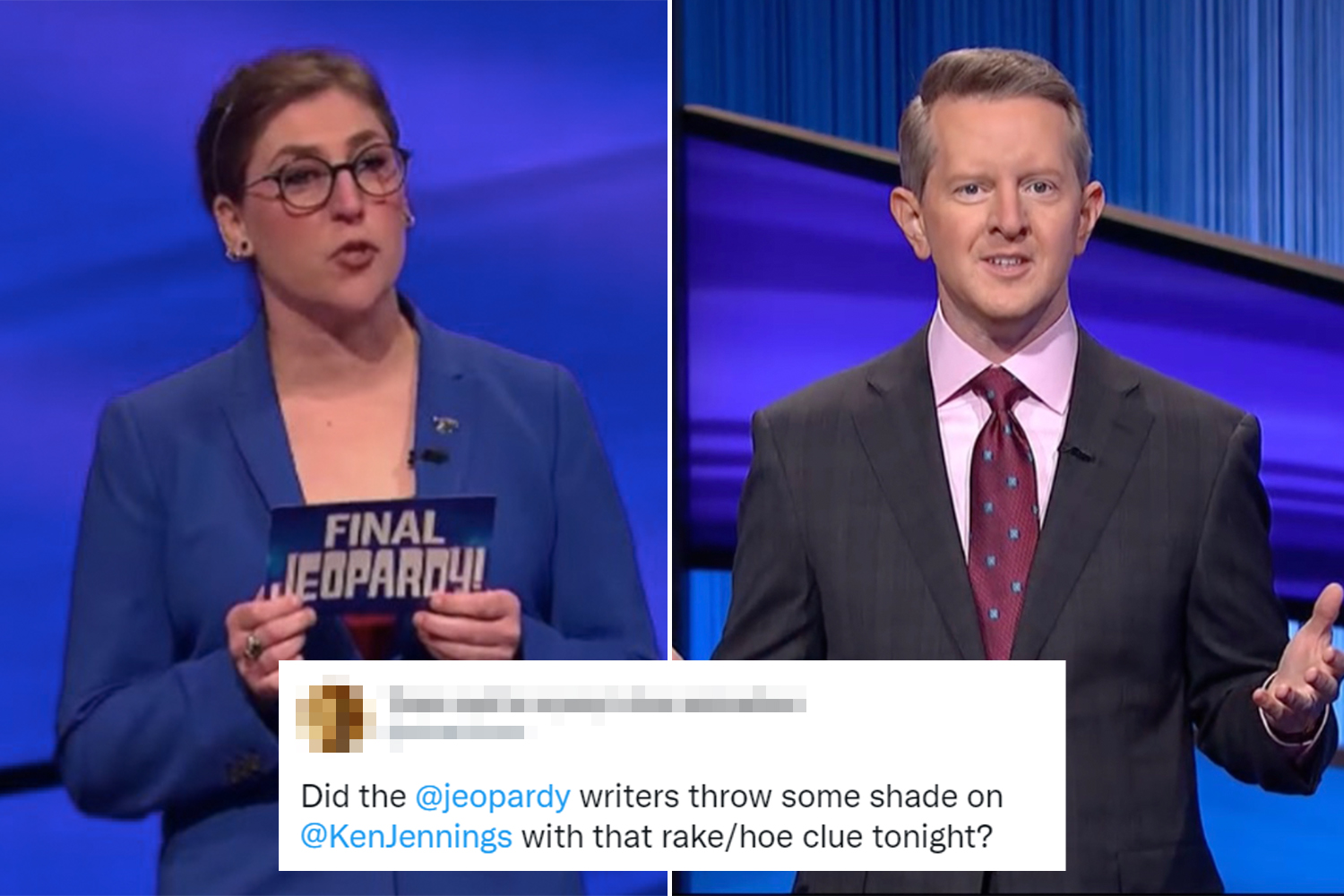 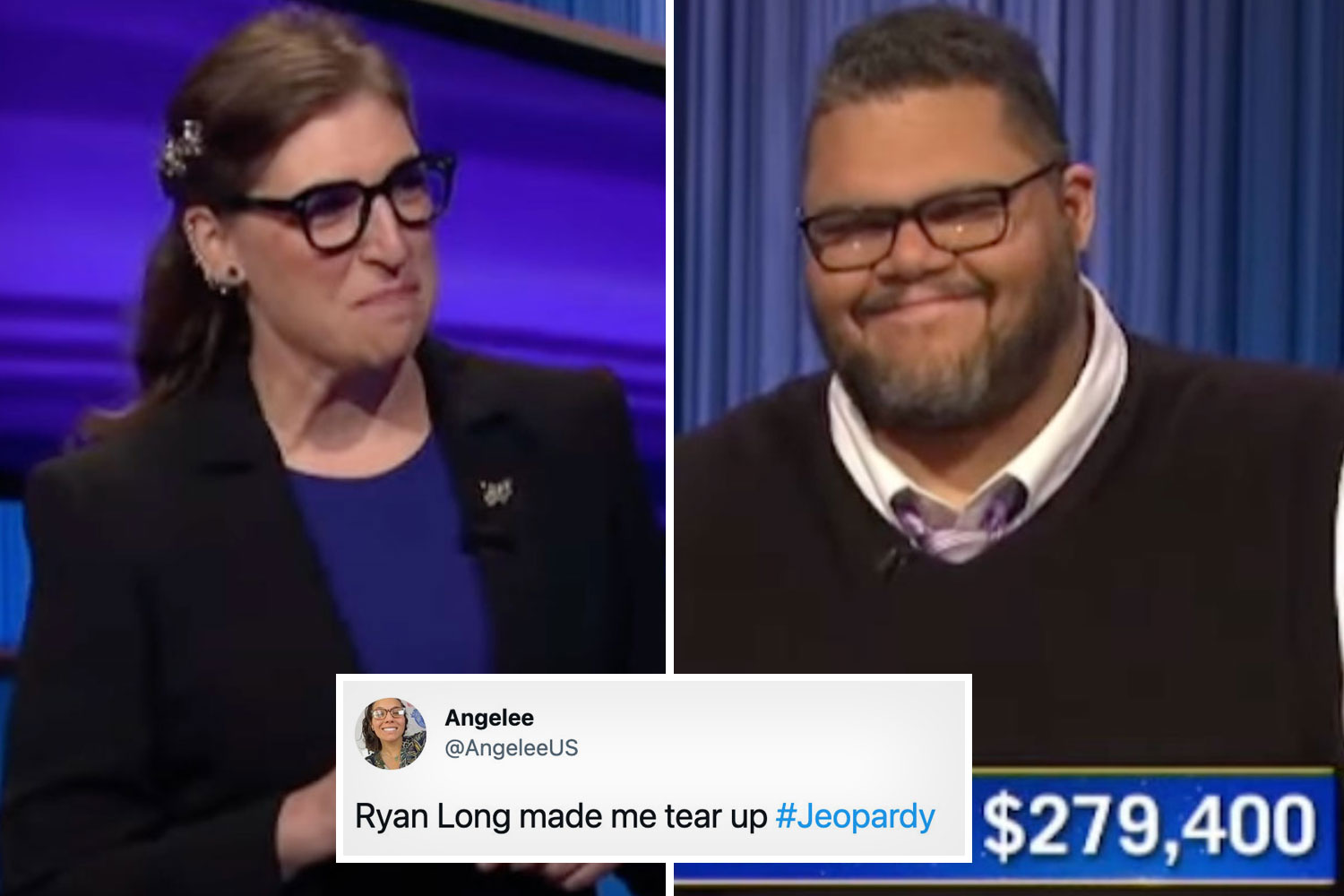 Over at the right podium, Wyatt Yankus – a Washington DC policy analyst – swept the looks category with fans.

Clad in a blue suit, he may not have won – but fans simply could not stop saying Wyatt was attractive.

Another predicted, "So, methinks #Wyatt will be the next guy subjected to several thirst tweets #jeopardy." 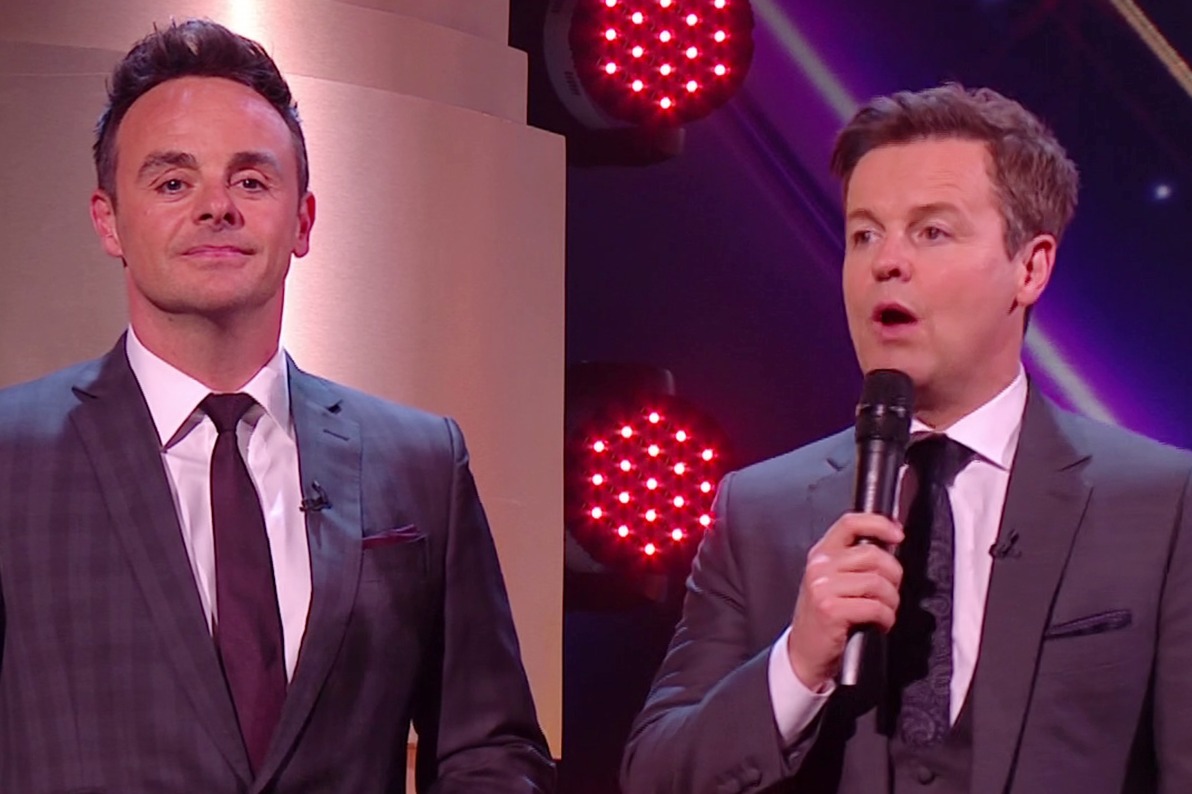 WART DO YOU THINK?

During the Q&A round, Wyatt shared his personal life.

"It was a blast, a couple of hours before the wedding we left our families behind and went to an indoor waterpark, riding slides just the two of us, and got dressed up for the wedding.”

"I love it when the hot guy on Jeopardy is gay. Hot. Nerdy. Gay. Ohhh yes," one fan wildly wrote after Wyatt came out on syndicated TV.

"Wyatt fulfilled his dream by saying the words 'My Husband' on Jeopardy," tweeted one more.

Ryan is now seven games shy of Canadian tutor Mattea Roach's 23-game tear that ended when she lost by $1 earlier this month.

Mattea, Ryan, and Amy Schneider, Matt Amodio – all from this stunning season – will compete in the Tournament of Champions in November.

But one Twitter claimed the Uber driver will ride through another week of gameplay.

"Remember: every #Jeopardy champion who has reached 14 wins has gotten to at least 19," they wrote.

Ryan is three games behind the two players who are tied for eighth-longest Jeopardy! run in history with 19 games each – indeed, once a player hits 14 games it seems they do keep going.

According to Daily Box Scores, Ryan has an 88% accuracy rating so far, a total of 26 correct responses tonight with 2 incorrect.

But unfortunately, it was a rough one if not in the looks department.

There were a massive 14 Triple Stumpers tonight, which means no contestant knew the answer – a huge figure given there are 61 clues per game.

Middle podium's Lucia buzzed in correctly – or at all – once in regular Jeopardy!, as a fan tweeted, "#Jeopardy Did you fire all the game writers?  This stinks."

Regardless, Ryan's big personality, big bets, and humbly hilarious yet earnest Q&A stories have thrilled fans who may not have expected another streak so soon.

Last night, he spoke about his son and brought Mayim near tears.

"He wants to come to California, he wants to go to the theme parks – the best thing is, I have time to do these things with him now.

"I don't have to, you know, work and say 'I can’t do it,' now we can just go wherever we want," silence filling the purple-blue stage.

Mayim, who has two boys with her ex-husband, fanned her flushed face on the verge of tears and replied, "That is wonderful, gave me chills. Alright… back to the game."

During his first Q&A three weeks ago, the contestant pumped out an Arnold Schwarzenegger impression.

Since then, he has shared some of the other jobs he's worked, including as a bouncer in Philly – where he was chased by a raccoon.

But behind his (sometimes foggy) specs and great go, the 39-year-old has a had it hard.

He told The Philadelphia Inquirer that his father died before the start of his senior year of high school, which he "barely" graduated from.

In January 2021, he was hospitalized for several weeks after contracting COVID-19 – and could no longer work his public bus driving job.

He began driving for various rideshare drivers to provide for his eight-year-old boy Nathan, who made his bead necklace that peaks out of his two dress shirts, all he could afford.

He was living paycheck-to-paycheck for more than a year before flying to Culver City.

"If this opportunity hadn’t come up, I don’t know what I was going to do long-term," the fan-favorite who now has nearly $300K to his name shared.

More to follow…For the latest news on this story keep checking back at Sun Online.