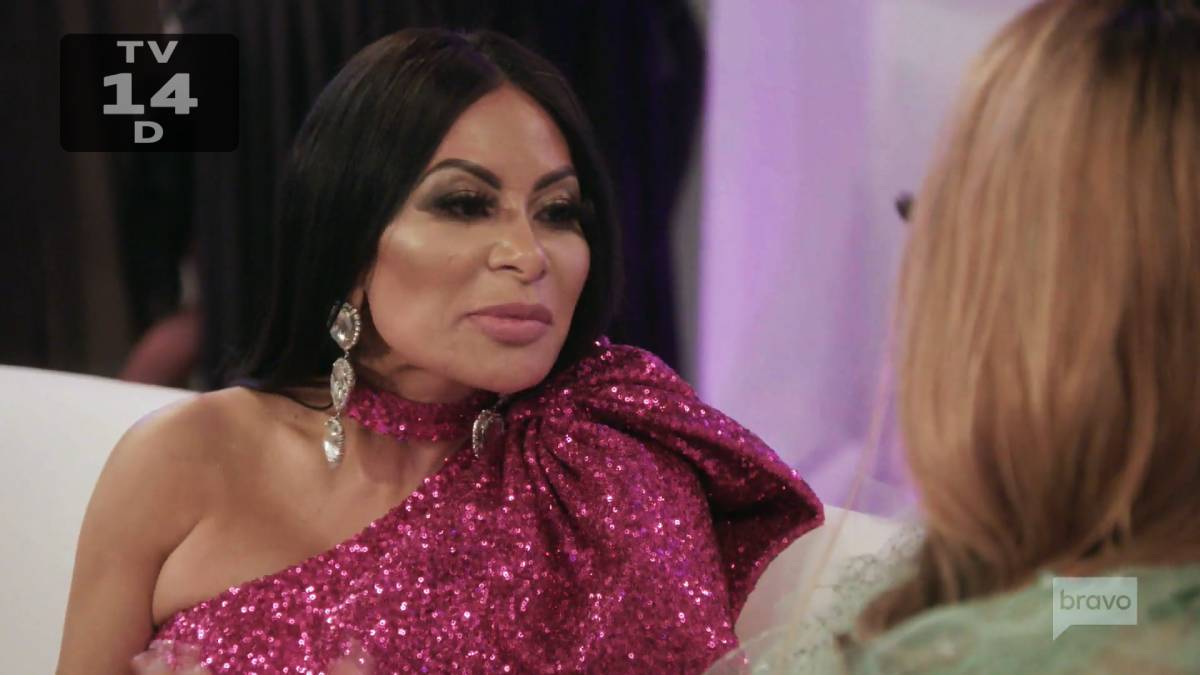 Real Housewives of Salt Lake City star Jen Shah reveals that she is still waiting for an apology from her costar Mary Cosby for saying she “smelled like hospital.”

Jen tells Page Six that she feels that Mary was intentionally trying to hurt her feelings at the time.

“The kicker is I didn’t even go to the hospital!” she tells the outlet. “So you’re just being evil. I mean, you know, I know that she’s a woman of God and all, but that’s not very godlike. At least in my church.”

Fan learned of Mary’s “smelled like hospital” comments while watching the RHOSLC premiere on Wednesday night.

Jen explained that six months before filming started, the two were friends. However, their friendship crumbled apart during a dinner when Mary announced that Jen “smelled like hospital.”

At the time, Jen was frequently visiting her aunt who was in the hospital and had to get both of her legs amputated.

Mary threw some shady comments about Jen’s aunt during the episode. During a confessional interview, she said,  ‘Why is she getting her legs cut off at 60? That means she’s not eating right.” and encouraged her aunt to “drink water.”

However, Mary also defended herself and claimed that hospital scents were a trigger for her. She claimed that she had a traumatic time at the hospital when she had to get her odor glands removed.

Will Jen and Mary ever be friends again?

Jen admits that she can move past the issue and maybe even repair her friendship with Mary if Mary apologizes to her.

“I just want her to apologize and say sorry,” she explains. “I’m very easy. Like, I know people make mistakes, even though that mistake was like … that’s just like you’re not a nice person. But, hey, let’s just apologize and mean it, be genuine and then let’s just move on. We can do that. That’s literally all I want from her to move forward.”

She adds, “I don’t know if she’s capable of that. Maybe she can go back to her church and pray and then come back and let me know.”

What to expect this season

As Jen implies, it does not seem like Jen and Mary repair the friendship during this season of RHOSLC.

Previews of upcoming episodes show the two feuding. In one of the clips, Mary warned Jen “don’t get ghetto” after Jen asked Mary not to wave her finger at her.

In another clip Jen appeared to tell Whitney Rose, “I would drown her in the lake behind her house if she wasn’t your friend,” seemingly referring to Mary.

“This girl she hates my guts,” Mary said later on in the trailer seemingly about Jen.

Fans will have to wait for more episodes to see how the drama unfolds between the two.

The Real Housewives of Salt Lake City airs Wednesdays at 10/9c on Bravo.