Jason Atherton scolds Saturday Kitchen’s Matt Tebbutt over tip ‘Can I get some respect?’

Saturday Kitchen: Jason Atherton jokes that ‘nobody trusts him’

Jason Atherton is a Michelin-star chef and famous restaurateur but that certainly didn’t stop Saturday Kitchen’s Matt Tebbutt from trying to give him a few cooking tips.

Jason was cooking a spring lamb from the Lake District, and Matt immediately questioned why he got his lamb from there.

Jason responded: “I just really like what they do with their lamb there.” 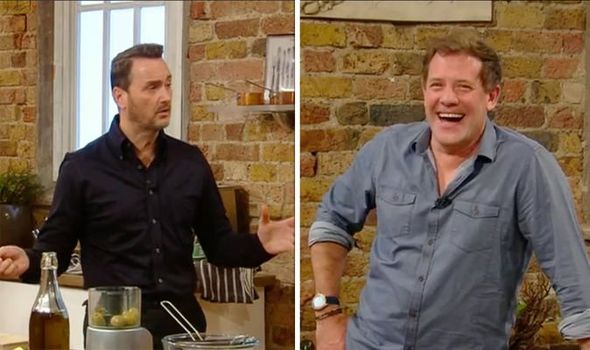 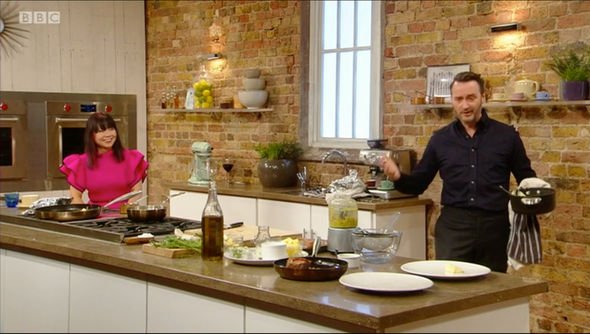 Jason continued by adding his ingredients and explaining to Matt and the other guests how he was going to cook the lamb.

However, Matt spotted a sausage in the same pan as the lamb.

“You’ve slipped a sausage in there,” a slightly confused Matt said to Jason as he started cooking.

The chef explained that it was a way of saving on food waste and the sausage is for a side “garnish” for the plate. 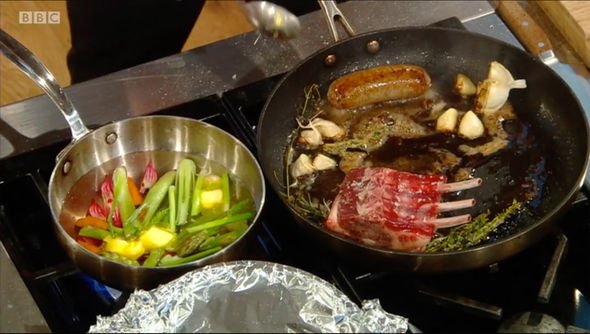 Viewers joined Matt in confusion, with some taking to Twitter to share their puzzlement at the sight.

One user wrote: “I have missed the beginning of Saturday Kitchen and so I have no idea why Jason Atherton has got a sausage in the pan with the lamb”.

Another commented on Jason’s use of food waste, saying: “#saturdaykitchen No food waste in his restaurant.. You’re not allowed to leave the table until your plate is empty..”

Though, another replied: “To be fair you don’t get much of it at the start. #SaturdayKitchen”.

A third tweeted that they were uncomfortable with the sight of lamb on the show.

They explained: “Watching Saturday Kitchen and once again struggling with conversation about spring lamb.

“It’s my problem I know, but how ever good it tastes, its like celebrating new life, then killing and eating it. (Sic)

“Not a popular view I’m sure,” they concluded.

As Jason continued to cook his meal, Matt suddenly said: “Jason, I’m getting word in from mission control, do you need to put that sausage in the oven?”

The chef confirmed that the sausage was done cooking, and Matt jokingly said to the group: “At ease everyone”.

Jason immediately piped up and said: “Does nobody here trust me? I’ve just opened nine restaurants in a week”.

Matt laughed hysterically as Jason said: “I’m doing one dish on national television and nobody trusts me, oh my goodness.

Saturday Kitchen Live airs every Saturday at 10am on BBC One.