James Newman is quite rightly backing United Kingdolls for Eurovision 2022 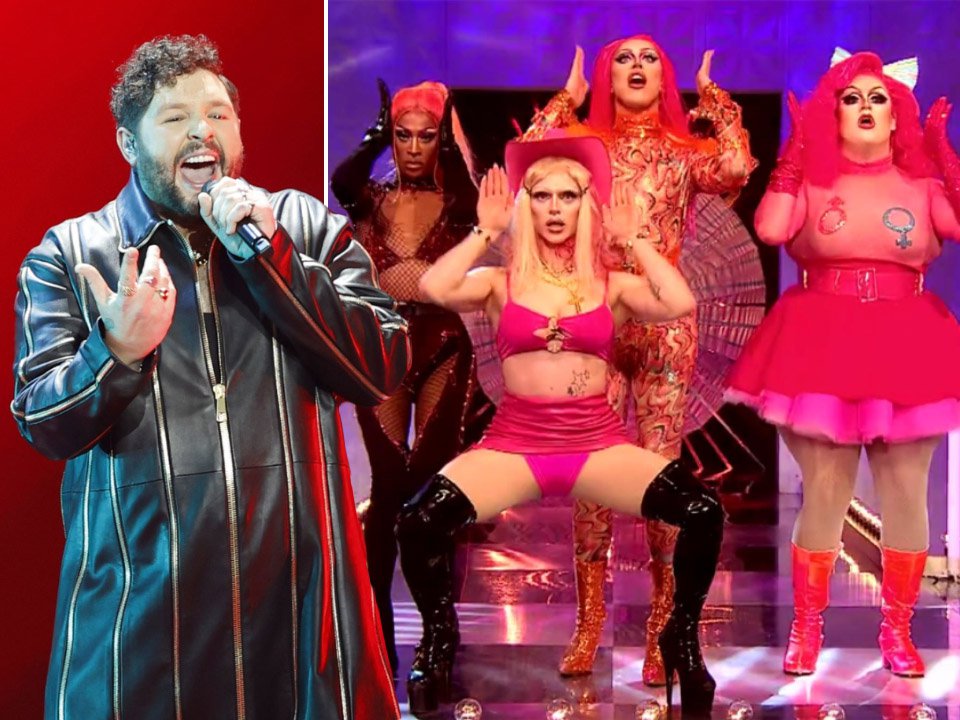 James Newman is backing RuPaul’s Drag Race stars the United Kingdolls for Eurovision 2022 as he finished in last place during the song contest in Rotterdam after failing to get a single point.

The 35-year-old was the only act to receive zero points on Saturday night, with the UK finishing at the very bottom of the leader board for the second year in a row.

In turn, many people have called on a new system to select the UK entry, ridding the BBC of its authority to handpick the singer and their song.

Lorraine Kelly suggested the winner of Drag Race UK is automatically picked to represent us but fans of the BBC series have spent most of the year crying out for huns – Bimini, Laurence Chaney, A’Whora and Tayce – to fly the British flag at Italy since the drag superstars performed their stunning Eurovision inspired number, Bing Bang Bong.

Looking at next year’s competition, James said he would love to see the four-piece smash the Eurovision stage.

‘That would be absolutely amazing,’ he told Metro.co.uk. ‘I think they would smash it. That would be really fun – I’d love to write a song for them.’

‘It’s such a good opportunity for young artist to get a huge platform. There’s so many people who it could be and I definitely want to get involved in that as well.’

One contender for the 2022 is Strictly winner and all around legend Bill Bailey, who tweeted on Sunday, as the dust settled on another year of the contest: ‘I’d be happy to throw my hat in the ring for #Eurovision 2022.’

And a change.org petition has already been set up pleading for Drag Race UK series one group Frock Destroyers to have a pop, amassing 11,000 signatures at the time of writing and counting.

‘The UK has long suffered dreadful entries that are not a true representation of our country, providing dreadful results,’ read the petition.

It went on: ‘Drag has been, and is a big part of British culture.

‘They were stars of a BBC show, they reached top 3 in the iTunes charts, top 10 of the radio charts and have people all across Europe wanting to see them represent us.

The Eurovision Song Contest is available to stream on BBC iPlayer now.