James Martin joined Chris Evans on his Virgin Radio Breakfast Show to discuss his brand new tour, James Martin Live. The ITV chef revealed fans can expect a night of cooking, music and a host of special guests. However, as the chef opened up on what it’s like to perform live in a band, James revealed he’s kept hold of some memorabilia from his time on Strictly Come Dancing.

James began: “We’re travelling everywhere from Plymouth to Glasgow… all over the place.”

Discussing how he came to be in a band, the TV chef told Chris: “You got us together a couple of years ago.

“We used to practice in my lounge and our first gig was that Saturday night at CarFest.

“I remember just after Jools Holland, just before Kaiser Chiefs, walking out thinking, ‘What am I doing here?’” 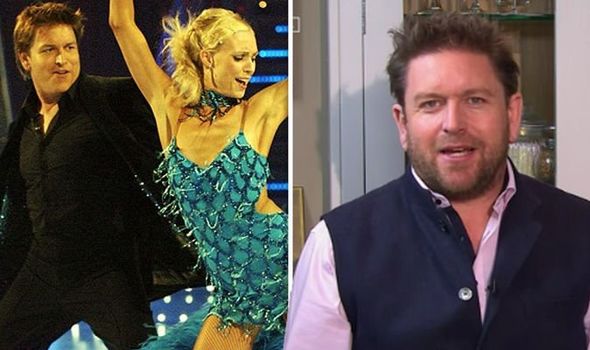 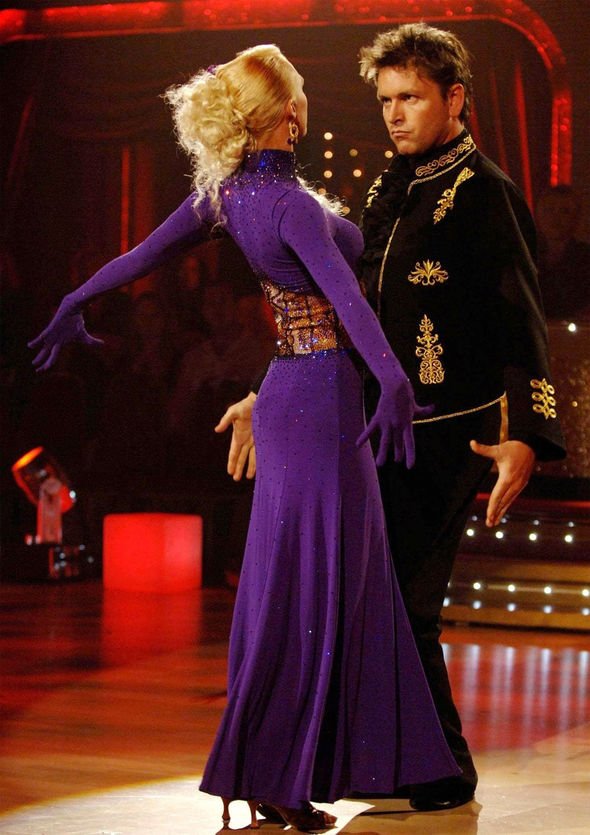 “Anyone who’s learning to play the guitar will know you have a little amp but at CarFest they said we haven’t got time for a rehearsal,” he continued.

“We said, ‘You’ve got to be joking,’ and all of a sudden there was a space in the afternoon where we could rehearse.

“I remember the roadies that were there said, ‘Have you got your in-ears?’ And I went, ‘No, we’ve got no in-ears, none of the band has got in-ears.’

“The roadies told us, ‘We’re going old school lads’ and there were these massive amps behind me and cracked right up.” 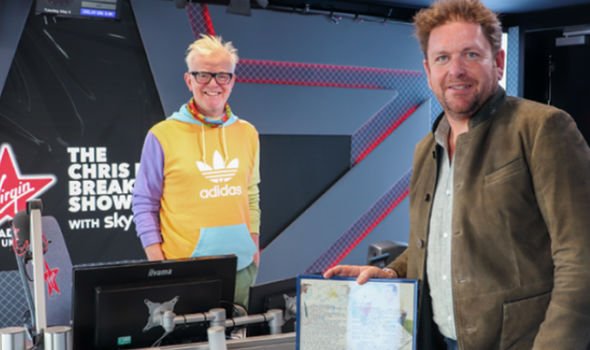 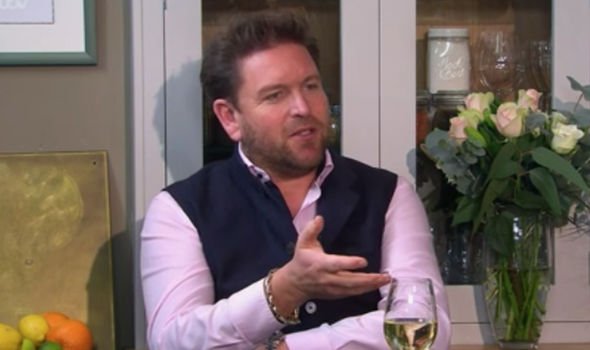 “I remember thinking, ‘If I make a mistake, this is going to be carnage,’” James added.

“I couldn’t get over the leather trousers,” Chris joked and the chef hit back: “They weren’t leather!”

“There were a few sequins on there but that was from my Strictly days,” James, who returns to CarFest this year, joked.

“We had a great time, we played two tracks and we’ve got two tracks lined up for this year as well.”

Detailing what fans can expect from his brand new tour, he said: “We’ve got great guests lined up.

“I’m going to pull in a few favours from a few mates. The whole idea is that it’s a fun night out.

“It’s not just watching pans boil, the whole thing is a put-together, formatted show; we spend weeks in development on it.

“Yes, it’s got food in it, but it’s got laughs, it’s got interaction, maybe a little bit of music in it at some point.”

Discussing the impact of the pandemic on hospitality, James remarked: “Hotels for instance… You don’t realise how much London relies on tourism.

“I was fortunate to stay in London last night, and two people were in the hotel. Two rooms out of 620 rooms…

“To maintain a hotel, you can’t just lock it up and leave it. So it’s a tremendous amount of work to get everything rebooted.

“Having said that, it is the industry I fell in love with when I was a young kid. All my life, I’ve been in the hospitality industry. If there is one industry that is going to come back fighting, stronger and better it’s this one.”

The Chris Evans Breakfast Show with Sky airs on Virgin Radio on weekdays from 6.30am.