ITV Good Morning Britain: ‘This will be my last show’ Host announces break from GMB

Yet as the programme came to an end, Adil made a surprise announcement and revealed he won’t be returning to the ITV breakfast show until the autumn.

Addressing viewers at home, Adil signed off: “This will be my last show this summer.

“I’m off to have a holiday myself.”

Kate encouraged her co-host to shed more light on his plans, and Adil shared: “I’ll be back at the end of September, I think.”

Unfortunately for fans though, Adil revealed his return would only be for “one day”.

Piers Morgan departed his duties for his annual six week holiday at the end of July, with Susanna Reid following suit, and when Adil and Kate aren’t filling in for the host, Ben Shephard and Ranvir Singh also take on the duties.

Ever since Piers and Susanna’s absence though, many fans have begged for their favourite presenters to return – struggling to connect with the change in tone and style of the varying presenters.

Regularly taking to Twitter to share their views, viewers have posted comments such as, “Good bye #gmb #poor #boring @gmb bring back @piersmorgan #piersmorgan,” and “#GMB when @piersmorgan and @susannareid100 back? These 2 are giving me a headache.”

“Please come back soon @piersmorgan!!! This is dire #GMB,” another viewer urged. 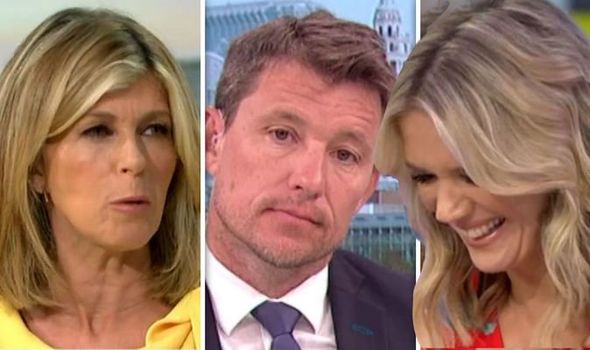 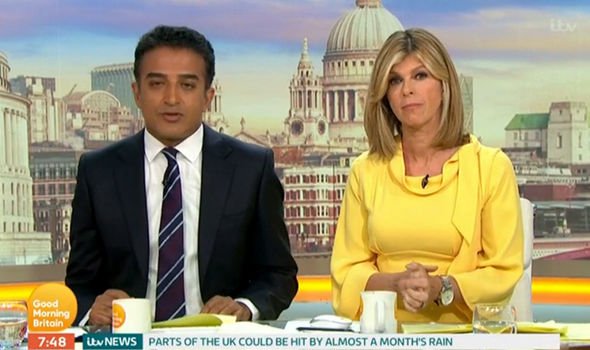 This will be my last show this summer

Debra was in conversation on the show to talk about Quentin Tarantino’s latest film Once Upon a Time in Hollywood, which stars Margot Robbie as iconic movie star Sharon.

Sharon was married to controversial film director Roman Polanski and lived a magical life in the Hollywood hills, but was tragically murdered by three people in notorious serial killer Charles Manson’s cult “family” in 1969.

“It’s been quite miserable,” Debra said of the media coverage and various film and television depicts of the horrific events 50 years ago. “Whether it be in motion pictures or in books, most of the creators are trying to rewrite history, even making it more salacious, if that’s even possible.

“Quentin Tarantino was the first person to speak to any of the family members about Sharon before going ahead [with his film].

“He did his due diligence and for that reason I commend him,” the American guest said. 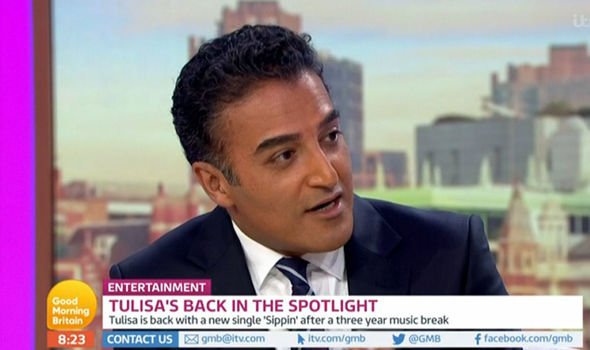 Speaking about her last conversation with her sister, Debra revealed she’d asked to go round for a visit but Sharon was too busy, eventually asking if they could postpone.

“I said ‘That’s what I thought your answer was going to be, let’s just do it another time,’” Debra told the presenters. “And that was the last time I ever spoke to her.”

Sharing their good wishes to the guest, Adil and Kate brought the interview to an end and Kate smiled: “So good to speak to you.”

“Fascinating to hear you talk about her,” Adil then said. “Even the motives of Charles Manson and his cult still aren’t really known are they?

“It’s so brave of Debra to come and talk about it this morning,” the host added.

Good Morning Britain continues weekdays at 6am on ITV.