David Hamilton, and a panel of other well known BBC personalities, accused the British broadcaster of “purging old white blokes” from the station. The ageism debate followed the axing of Radio 2 DJ Steve Wright’s midday show.

“You can’t be sexist, you can’t be racist, but it appears you can be ageist”, were the sentiments of broadcaster David on hearing about the end of Steve’s show.

The axing of the Radio 2 show sparked debate on whether this was an act of ageism or just time for change.

He said: “Listeners don’t like change and I think the presenters develop a bond with the listeners. 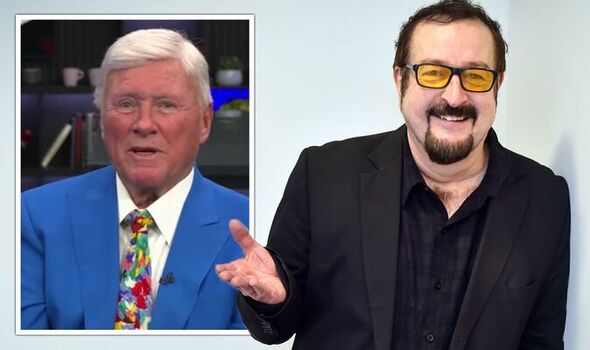 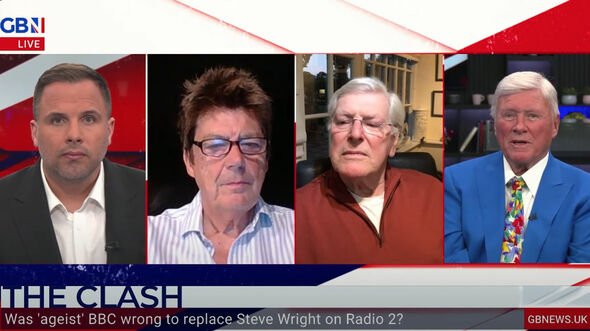 “When they lose that microphone, it’s a bit like losing friends and family, so it’s very tough when it happens.”

A panel of famous faces joined in on the conversation hosted by GB News’s Dan Wootton, to share their thoughts on the matter.

The New Zealand journalist and broadcaster questioned the panel on the “ruthless” nature of the broadcasting industry.

First to follow David’s comments was Mike Read, best known for his time as a disc jockey on Radio 1. 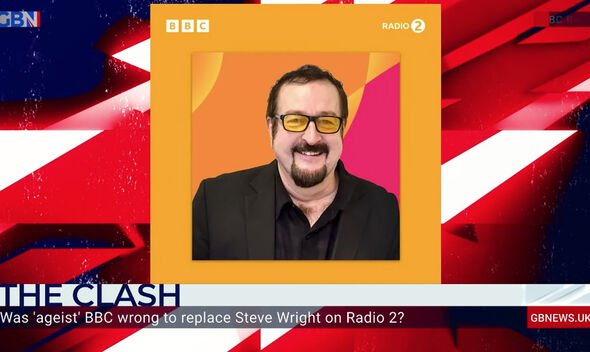 He disagreed with ageism accusations and noted: “It’s one of those things that just crops up every now and again.”

Referencing the successful, ongoing 52 year-long career of Annie Nightingale, he dismissed the argument the BBC were ridding the station of ageing presenters.

“It’s a ‘the king is dead, long live the king’ thing. Like football teams saying they can’t go on without so and so but the team continues.”

Dan interjected with a joke about Ken Bruce now being in hot water and he prodded the panel to give their opinions on whether the national broadcaster is pushing out older, white males.

Peter Purves, former presenter for the broadcaster, hit back at the BBC for not catering to the UK’s 11million over 65s.

He said: “I think David hit it right on the head, familiarity is what the audience like and I think it’s ageism pure and simple.

“People like what they know, I can’t see why Radio 2 should be looking for a different audience or a change of direction.”

He went on to tell Dan the new, younger producers hired by the BBC to bring fresh ideas don’t fit with the Radio 2 patent.

The cancellation of Steve Wright’s Wright in the Afternoon on BBC Radio 2, sparked outrage among listeners when it was announced last week.

Running for 23 years, the 67 year-old is set to have his slot replaced by Radio 1’s Scott Mills.

Addressing the departure, Steve told fans: “Before we start the show proper, if I may, I’d just like to say thank you ever so much for all the messages that have come in, over the weekend after I announced on Friday in the afternoon that we are leaving the afternoon show.”