It's like an old lover: Kate Ritchie admits she still has the acting bug

Kate Ritchie, Tim Blackwell and Marty Sheargold have spent nearly 900 hours talking to each other.
"And they still tell the same jokes," Ritchie quips.

It is a relatively rare time when all three are in the same studio at the same time.

While Ritchie and Blackwell are based in Nova’s Sydney offices, Sheargold makes his contribution to the national drive show from the Melbourne studios.

It doesn’t sound like that on air, and seeing them together it doesn’t seem like they are three people who are rarely all in the same place.

“If we can get off the chain as a trio we certainly give it a nudge,” Sheargold says.

“I was banned from going to see Mariah Carey, if that gives you any idea of what it is like when we are all together,” Blackwell continues for him.

The trio, who have been doing the Nova drive show for five years, have a lot to celebrate.

“I think if you hang around long enough they give you an award, that’s what happened in Home and Away,” she says with her particular brand of humble firmly in check.

But she does admit the award made her feel somewhat validated.

“There have been times that I have felt like a visitor in this (radio) world,” she says. “It’s a nice sign that perhaps there’s something in what I am bringing to air every day between 4pm and 6pm.” 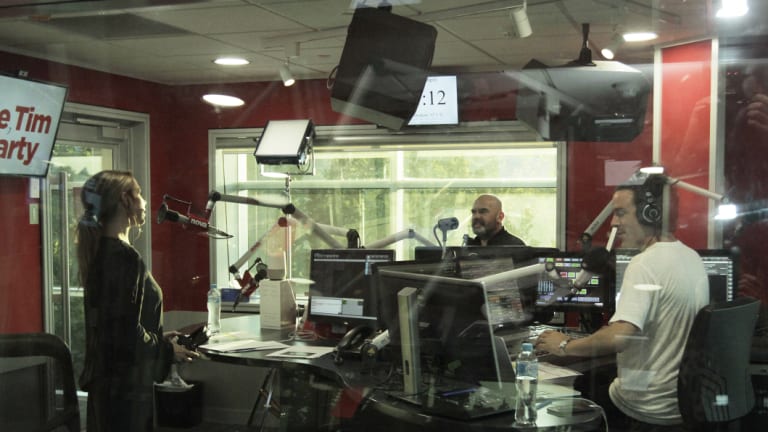 Kate, Tim and Marty in the studio.Credit:Nova

The visitor remark is one Ritchie has been making since she bid farewell to the waves in Summer Bay and made her way to the airwaves, initially with two years on Nova breakfast with Merrick Watts and Tim Ross followed by her current five-year run with Blackwell and Sheargold.

It's only now that she's starting to feel as at home in the radio studio as she once was in the caravan park.

“I certainly feel as though this is what I do now,” she says. “When I say that I feel like a visitor, I’m not saying that with any disrespect but before my life in radio I had spent 25 years doing something else. And I am a sentimental old thing.

"The acting world could be likened to an old lover that still owns a little part of your heart.”

That little part of her heart still beats strong and Ritchie admits a return to acting is on the cards.

“Absolutely, I do foresee (returning to acting) in my future and I would like to think there are plenty of people around me making those decisions that see that too,” she says.

But in the meantime, Ritchie says she is incredibly happy where she is and doing what she is doing, and she admits that the shift into radio was a calculated move to help her shake off Sally Fletcher both for herself and for people that may remember her that way. 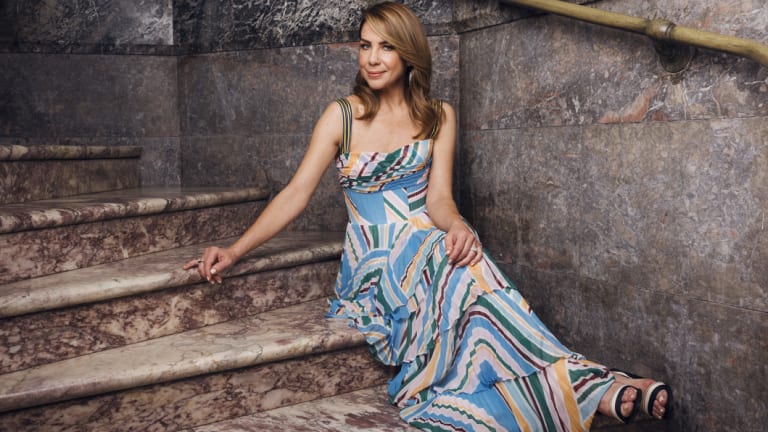 Kate Ritchie admits she plans to return to acting one day.Credit:James Brickwood

“Of course, I know I got the job on Merrick and Rosso because I was that girl from Home and Away,” she says. “I think to start with I had planned to have a break and give everybody a break from me but I’m not sure that has happened. Instead it has been 10 years of reshaping this career of mine.”

It’s a career renovation that has worked out extremely well for Ritchie and for her radio show.

The trio has won the last 14 radio ratings surveys in their 4pm-6pm timeslot and enjoys a massive audience reach, with about 1.5 million people tuning in to catch at least a bit of the show every day.

They put their success down to the fact that they make a conscious effort to set themselves apart from other shows airing at the same time.

From avoiding talking about their personal lives to rarely having guests on the show, the Nova drive team has found a formula that audiences like and, according to Sheargold, keeps them sane.

“I have never been a subscriber to bringing your life on air, because who gives a flying f— about my life,” he says. “Radio should be about escapism not leaving people thinking about their shit lives and my shit life and meeting in the middle with some kind of shit storm.”

While they admit they don’t spend a lot of time considering their ratings performance, they do know that as long as people keep listening, they can keep making the show they want.

“Great ratings mean we can continue to do the show the way we are doing it,” Blackwell says.
“We would have to talk to every contestant from My Kitchen Rules if it wasn’t working.”

What would they ask a My Kitchen Rules contestant if they did have to interview them?

Kate, Tim and Marty are on Nova around the country from 4pm every day.