Is Dakota Johnson pregnant? Star denies it despite rumors 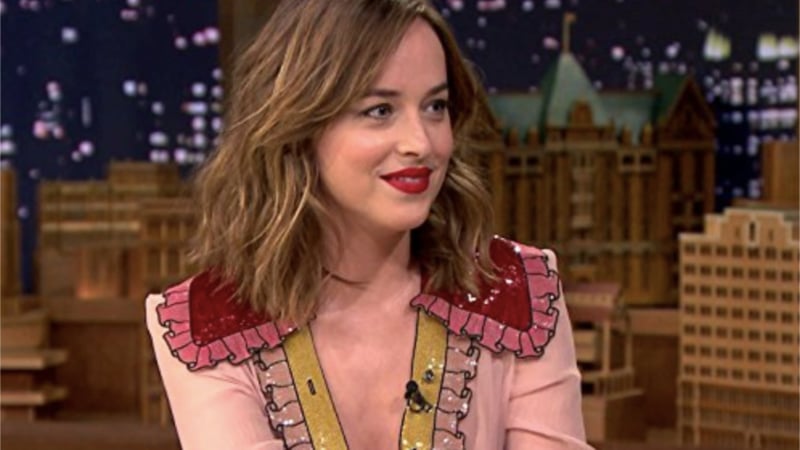 The rumors began over the weekend when Johnson and her boyfriend, Chris Martin from Coldplay were hosting a party in Malibu. Blue and pink balloons were brought to the house and their family members were spotted in attendance.

Friends and family, including Melanie Griffith, Don Johnson, Sean Penn, Julia Roberts, and Jeremy Allen White were also in attendance. Despite the blue and pink balloons, the fiesta was simply a birthday party.

In addition, Melanie Griffith shared a video of lights in the sky from the party, lighting up blue. This only fueled the rumors that they were having a gender reveal party and that she was having a baby boy.

Even Harper’s BAZAAR reports that if it was indeed a gender reveal party, it appears to be a boy. The website also shared recent photos of Johnson, showing that she clearly doesn’t have a baby bump.

About tonight? Sky over Malibu ?

Dakota, who graces the cover of Tatler for the November 2018 issue, revealed that while she is very happy in her current relationship, she’s not going to talk about it publicly. She wants to protect her privacy, enjoying a relationship without the paparazzi hassling her.

Women and girls in every corner of the world face extreme violence and sexual harassment on a daily basis. Over 800 women and adolescent girls die every day because they do not have access to reliable contraceptives and basic maternity services. I don’t want to speak for you. I want to listen to you. This is my phone number. Tell me your story in my voicemail, and I will listen. There is power in numbers. Together with @glblctzn I will compile your stories and get your voices heard. We must achieve a world where #sheisequal. Love, respect, and trust, Dakota

Chris Martin, who had his “conscious uncoupling” breakup with Gwyneth Paltrow back in 2014, has also kept silent about his relationship with Dakota. Paltrow has remarried, tying the knot with Brad Falchuk on September 29 in the Hamptons. Chris and Gwyneth have two children together, 14-year-old daughter Apple and 12-year-old son Moses.

Dakota Johnson and Chris Martin did not attend Gwyneth’s wedding.