ROCHELLE Humes surprised her daughter Valentina with a visit from Spider-Man on her 4th birthday – but it was Marvin dressed as her superhero.

The This Morning presenter shared a glimpse of Valentina's lavish birthday party in adorable pictures and videos on Instagram last night. 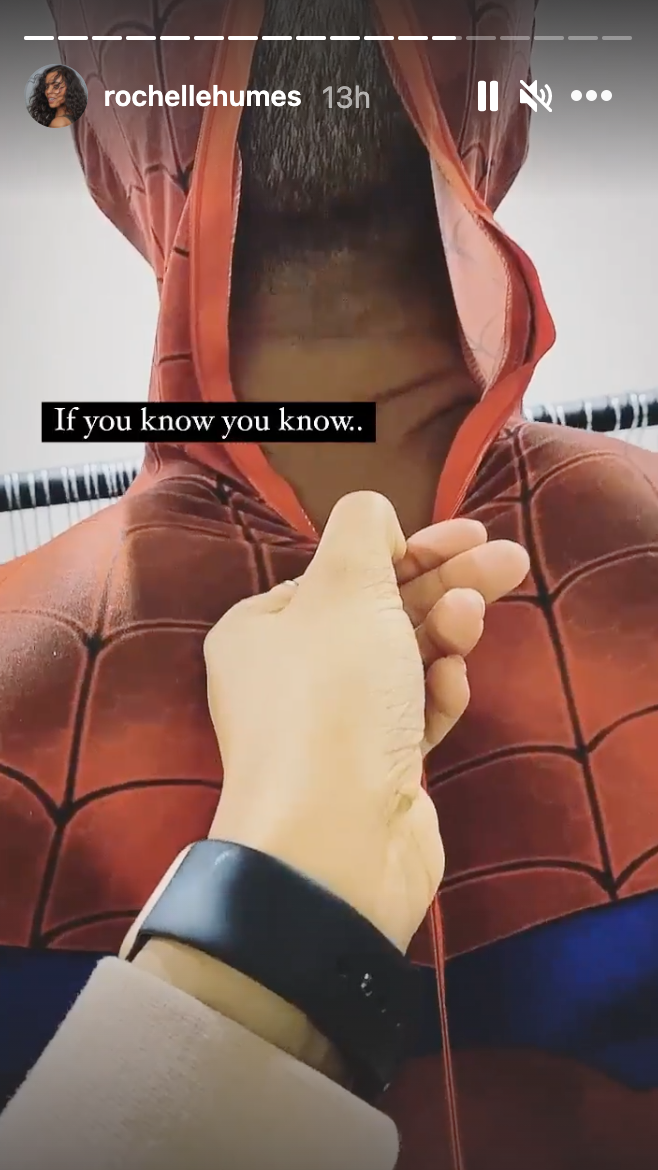 In one cute clip Rochelle, 31, helped JLS singer Marvin squeeze into the tight red and blue spidy suit as she zipped him up.

She wrote over the clip: "If you know you know" as Marvin snuck out the front door.

In a second clip the doorbell rang, and Valentina could be seen standing on the couple's huge spiral staircase as Spider Man made his entrance.

The little girl's eyes lit up when she saw him at the door and said: "Look it's Spider Man!" as she ran down the stairs to give him a hug. 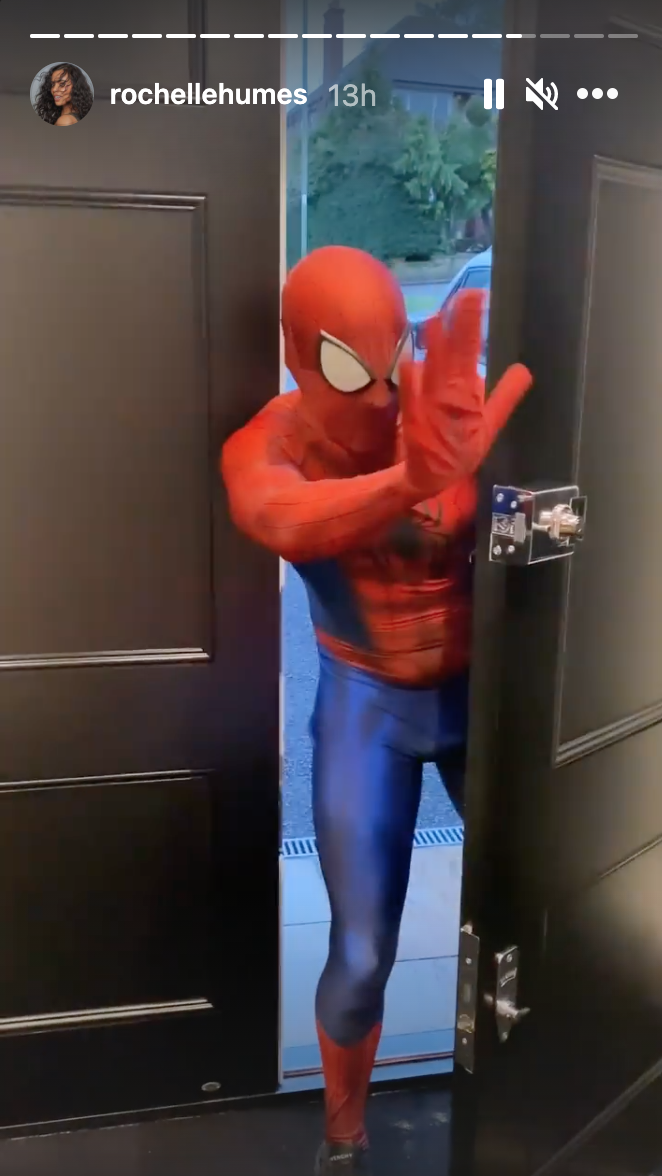 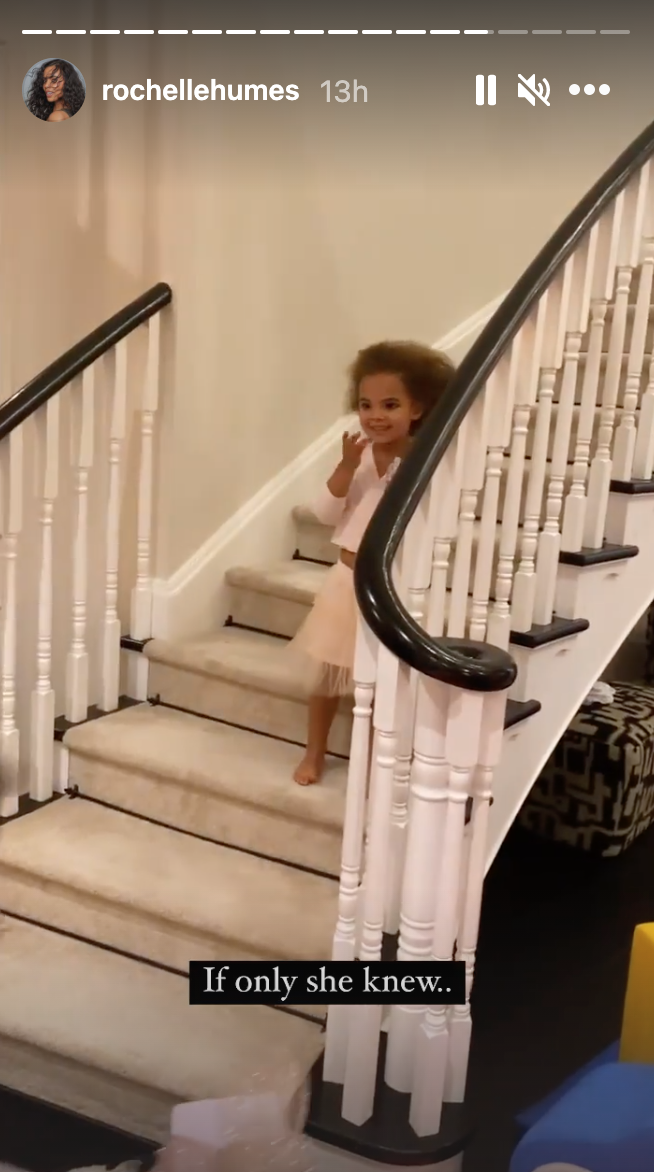 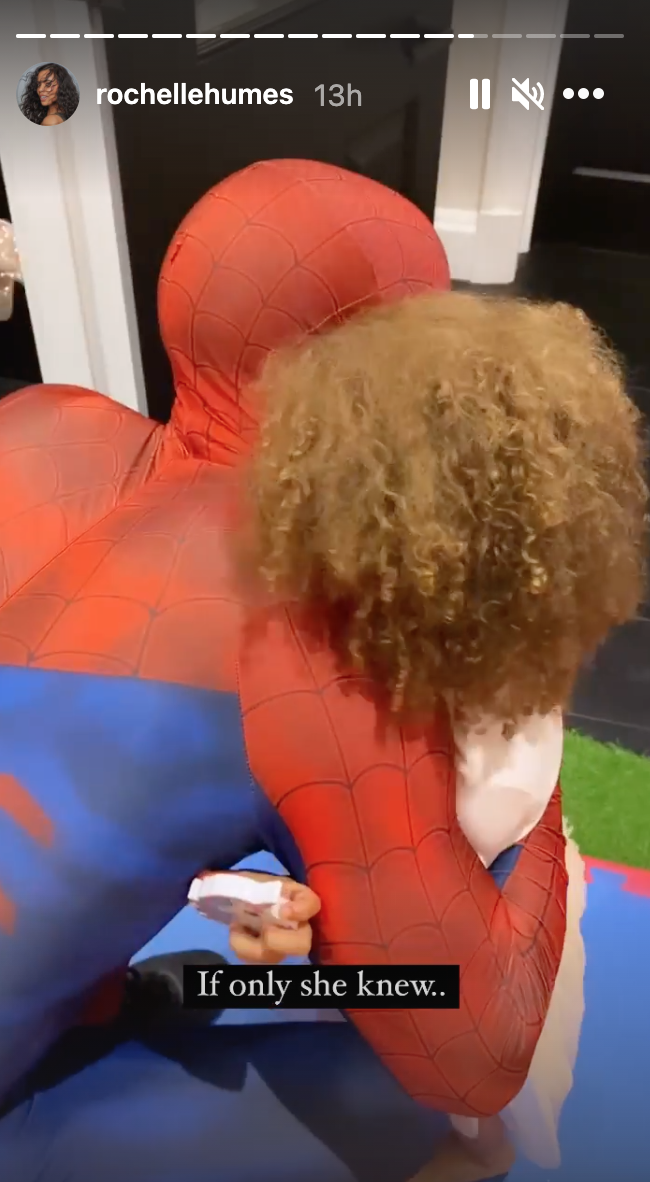 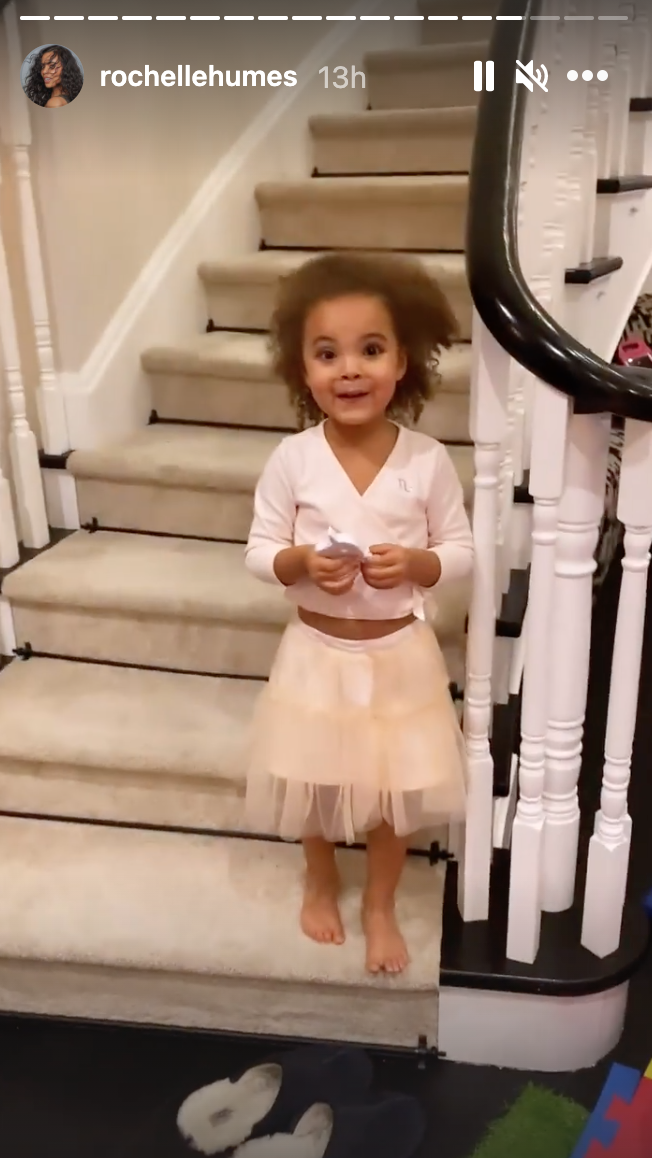 Other pictures revealed Valentina's spider and unicorn themed three-tier cake that was topped with rainbows and decorated in gold.

Rochelle shared a clip of Valentina drinking tea and eating a cupcake as she sat perched on a tiny stool in front of her new toys.

The star also shared a gallery of black and white photos, and wrote: "My baby is 4 🥺🥰💔 Happy Birthday to my Spider Unicorn chick 🕸🦄 Valle I’m so proud of that little lady that you are growing to be..

"you are unapologetically YOU which I’m in awe of every single day. 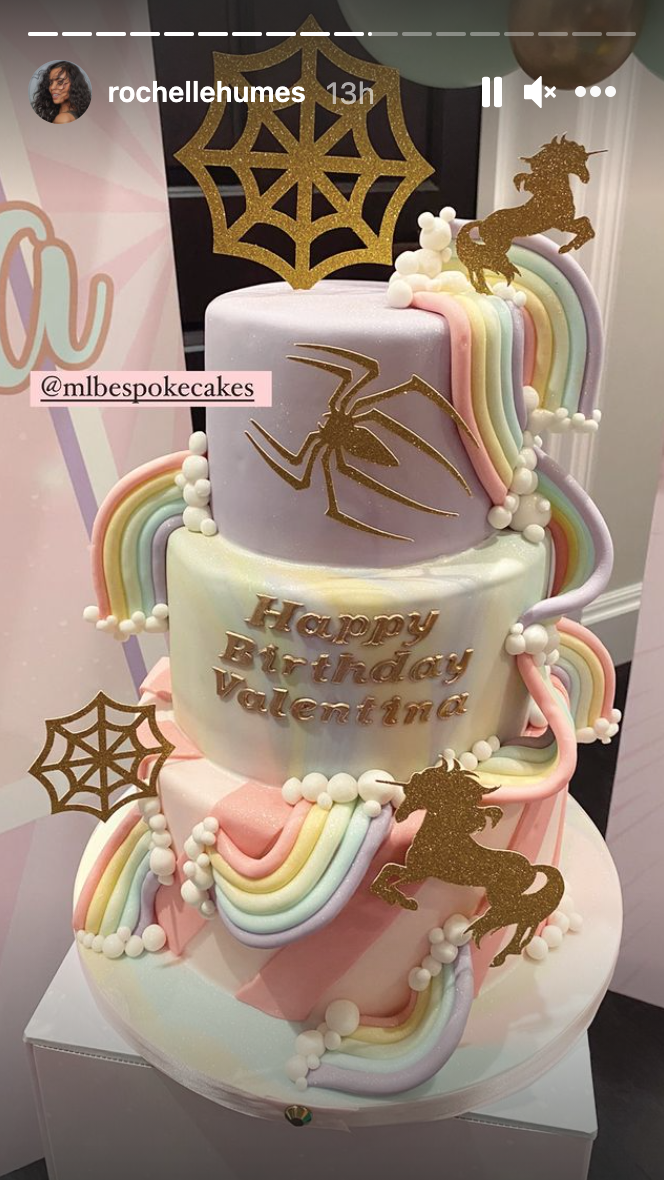 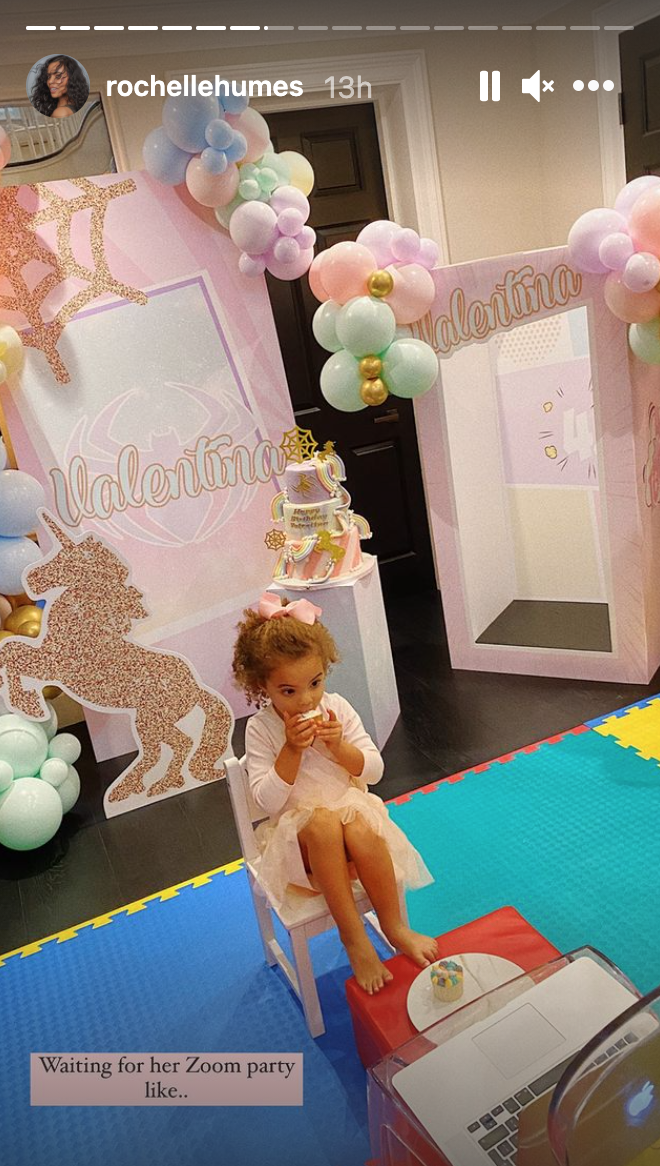 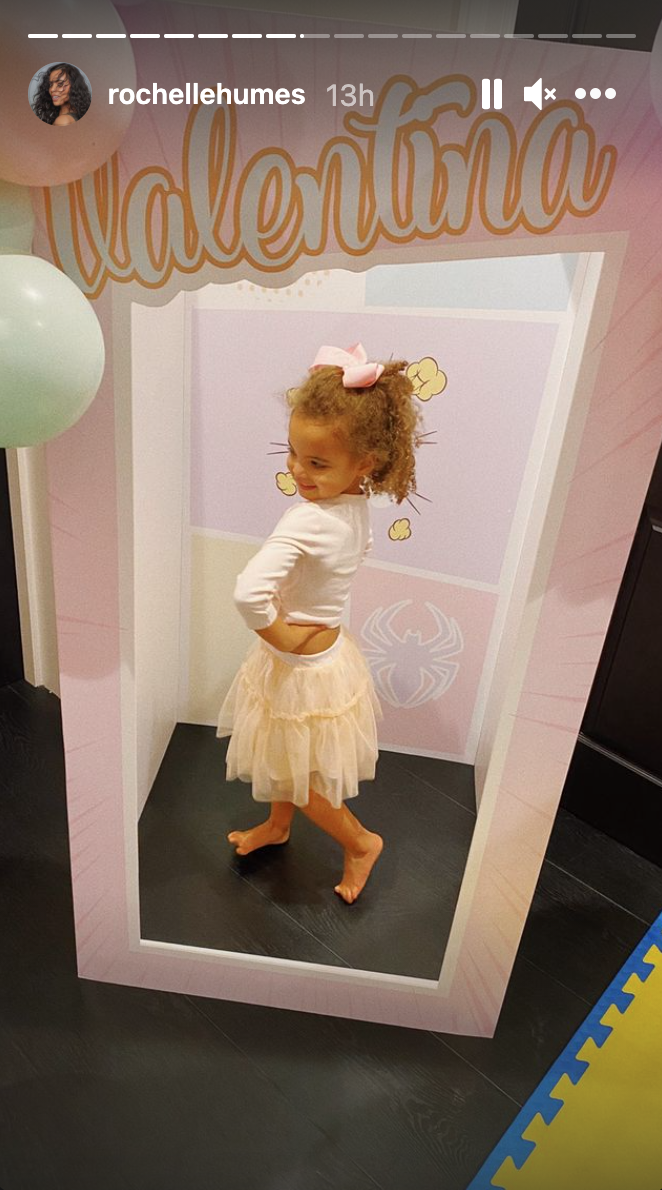 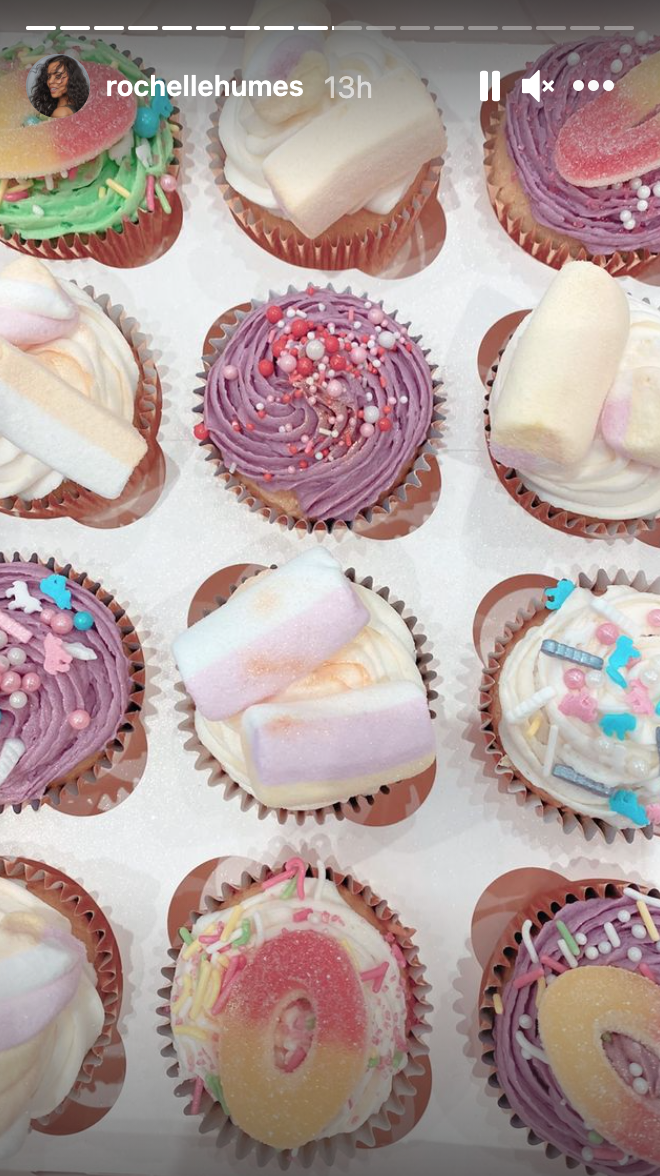 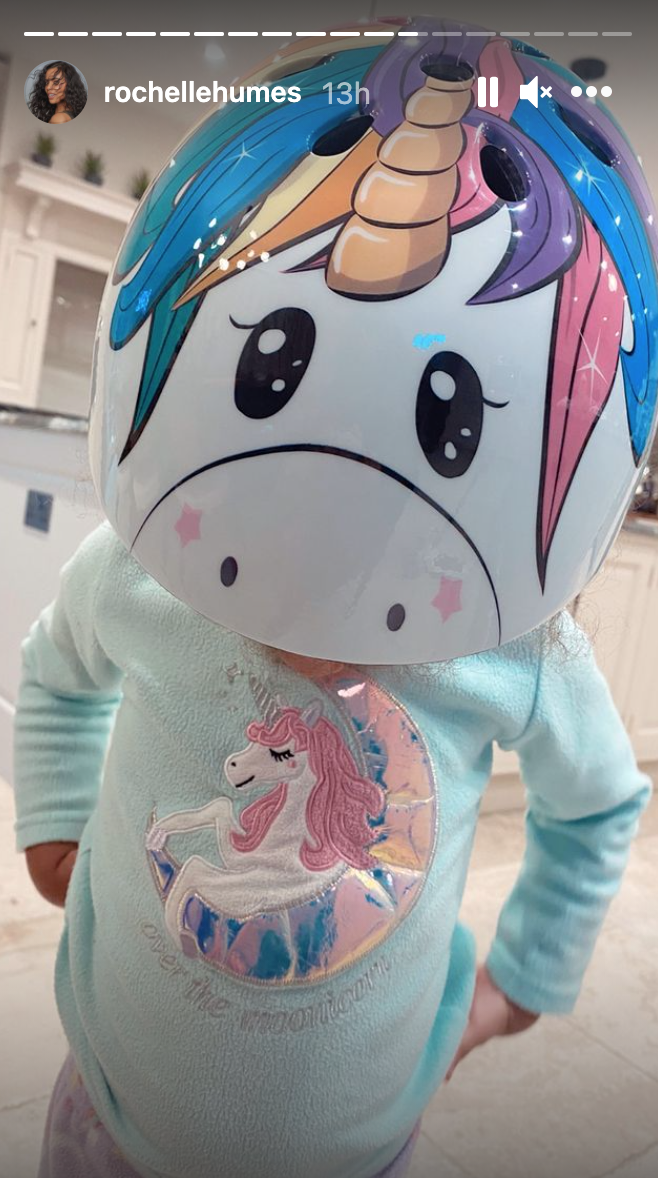 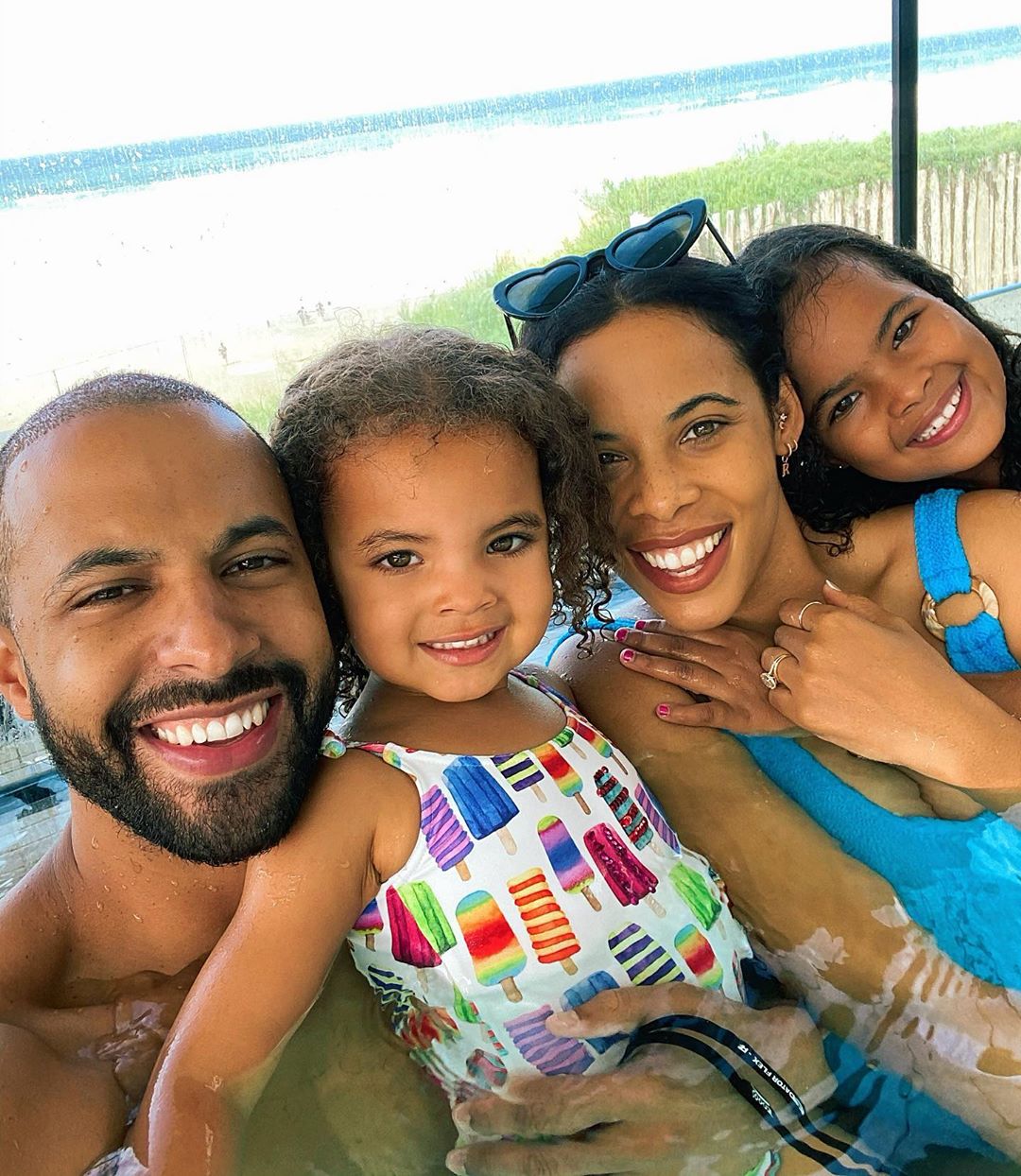 "Fearless, Kind, Funny (without even knowing), Independent and the best Big/Little Sister I know. Keep shining baby girl…Mummy loves you more than you could ever know..✨🕸🦄💚"

Marvin and Rochelle began dating in March 2010 and moved in together three months later.

The JLS singer proposed to Rochelle on the Caribbean island of Antigua on New Year's Eve in 2011. 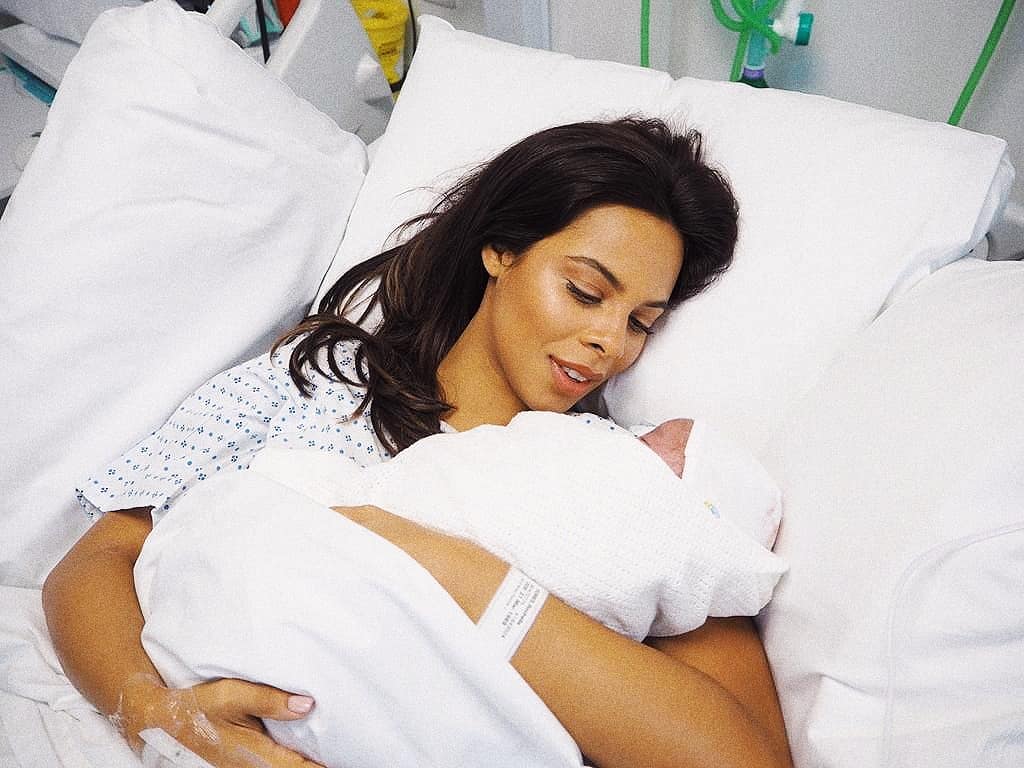 The couple then married in a lavish ceremony at Blenheim Palace in 2012.

The couple already have daughter Alaia-Mai, seven, and son Blake, who was born in October.