KOURTNEY Kardashian has celebrated the launch of her new brand, Lemme, with a big bash – although two family members notably did not attend.

The Hulu star shared photos and videos on her Instagram Stories from the event on Wednesday. 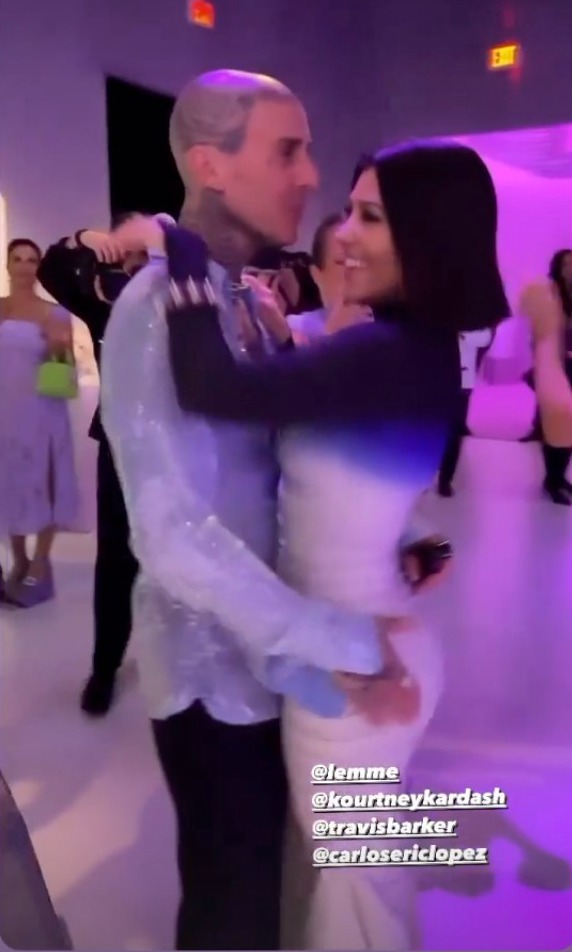 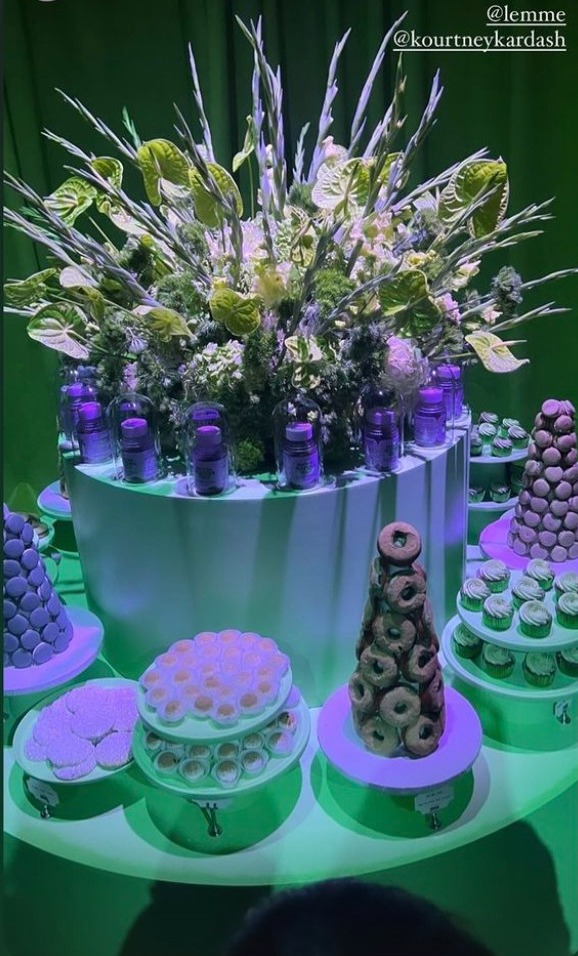 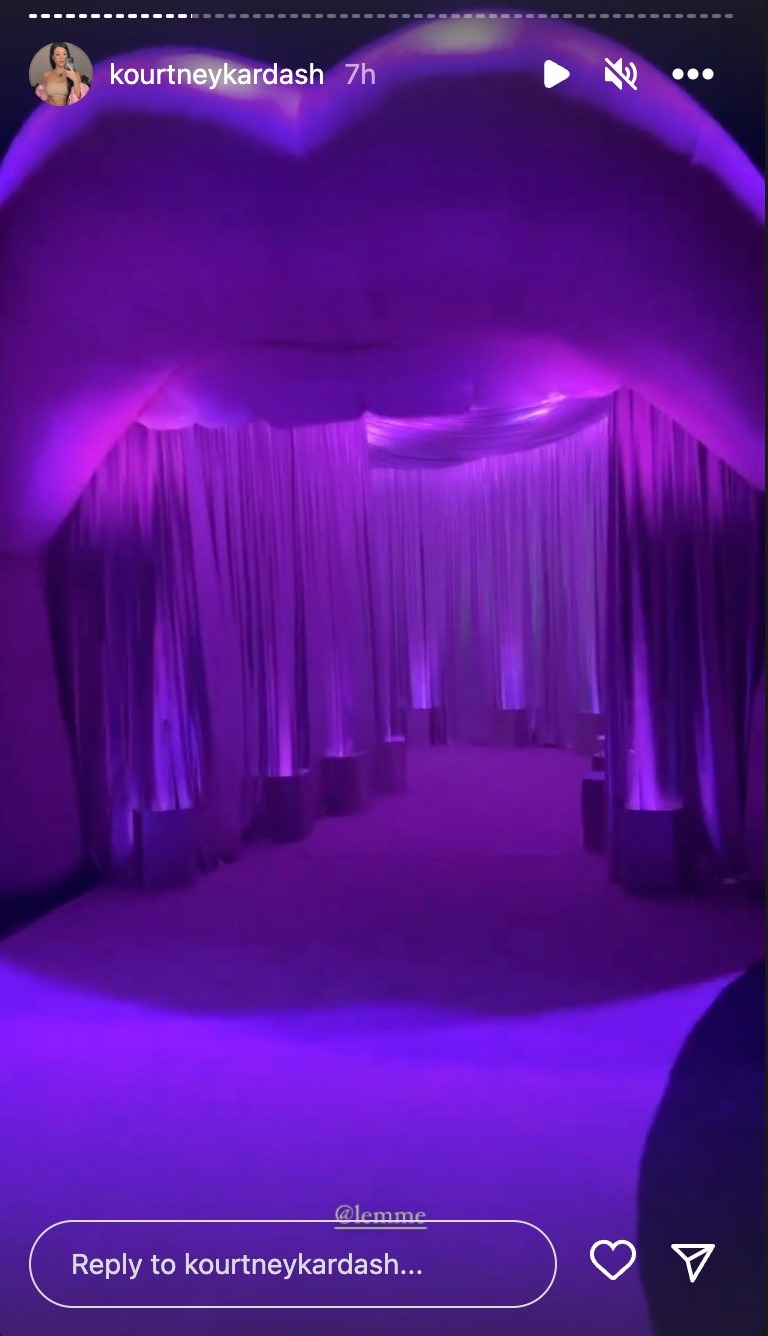 Kourtney, 43, showed off the elaborate décor as she arrived at the location, which included an arch designed to look like giant lips at the entryway.

The walkway continued with purple curtains and dim lighting while Kourtney's voice played through a speaker welcoming the guests to "Lemme Land."

The mom-of-three's youngest children, Penelope, 10, and Reign, seven, who she shares with her ex-Scott Disick, 39, supported their mother for her big day as they were seen excitingly running down the hallway.

Kourtney then gave a glimpse inside the venue, where giant silver balls were displayed on the ceiling, a DJ in the corner, and multiple screens displaying the brand name along the walls. 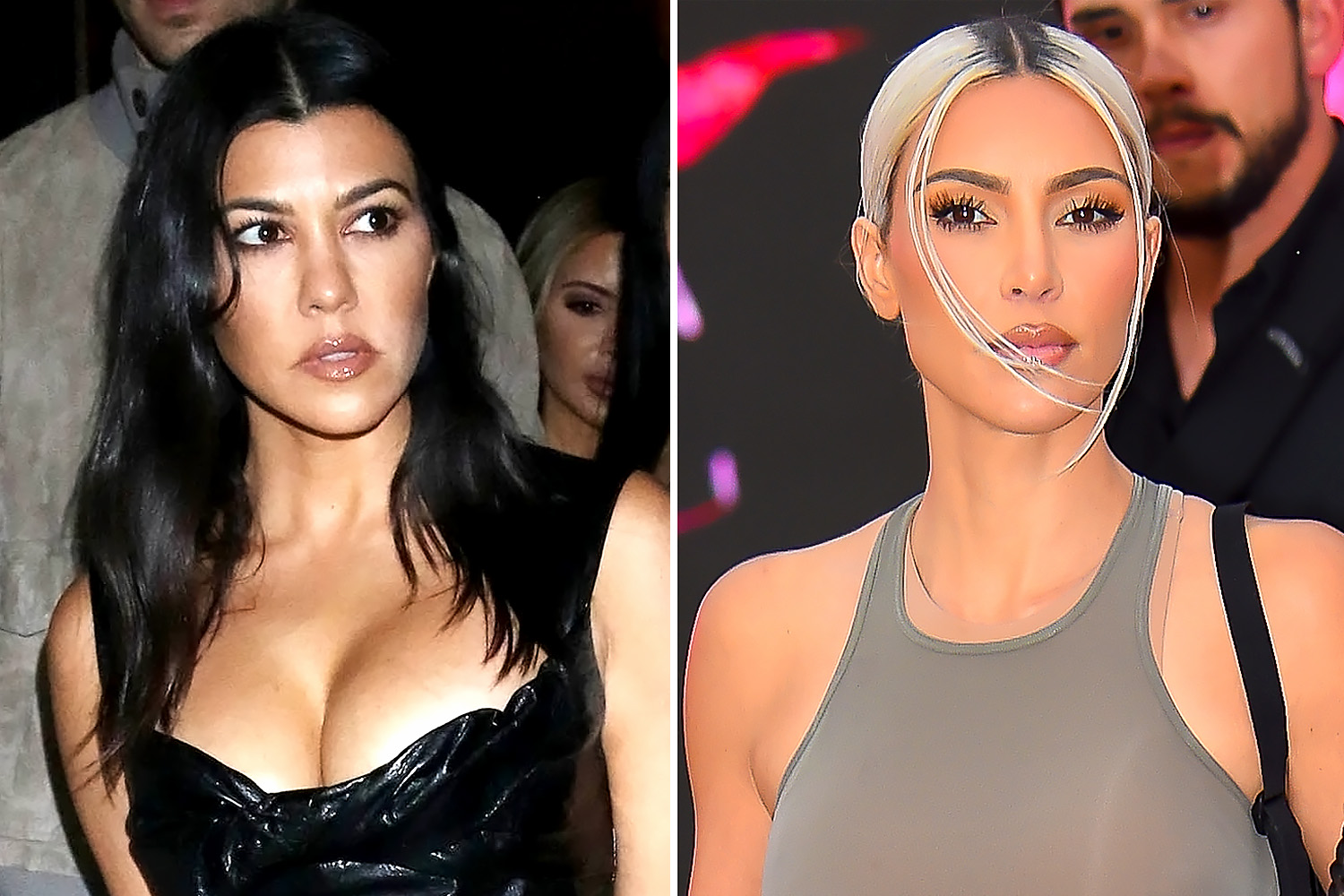 The reality star also shared clips posted by her attendees, showing off more of the over-the-top decorations inside.

Kourtney's assistant, Liz Muller, shared a video of a multi-tier display of Lemme vitamins in the middle of the room.

And the TV star's siblings, Kim, 41, and Khloe, 38, also admired the lavish entryway while supporting their big sister's new venture.

Momager Kris Jenner, 66, was also spotted posing with a cocktail and holding a personalized "Lemme" napkin while at the event, with Khloe behind the camera.

Even Kourtney's food choices didn't disappoint, as photos showed donut towers and other sweet treats on display with a giant flower arrangement and more Lemme products in the middle.

As if the bakery spread wasn't enough to entice guests, the Poosh founder also had a pool full of white balls to mimic bubbles with a slide to dive into them.

Kourtney's husband, Travis Barker, 46, supported his wife as the pair packed on the PDA while numerous guests recorded the sweet moment.

However, Kourtney's two youngest sisters, Kendall, 26, and Kylie, 25, were noticeably absent from the party.

The ladies apparently had other plans that evening, based on their Instagram Stories.

Kendall shared multiple photos of her 818 Tequila brand in its new fancy number eight-shaped bottle, making it seem like she had important matters to take care of with the company.

Meanwhile, Kylie attended the Balmain fashion show in Paris to support her BFF Anastasia Karanikolaou who walked the runway.

She finished the night at an elegant restaurant with pals, sharing several photos from the evening.

NOT A GOOD START

Hours earlier, Kourtney revealed to her followers some setbacks that almost put a wrench in her launch day.

She shared a photo of her and her friend holding bottles of Lemme vitamins.

Kourtney went on to detail some of the hurdles she faced, writing: "I had theeeee BEST @lemme launch day ever, despite getting pulled over and getting a ticket and lots of other little things that tried to bring me down."

She continued: "NOTHING could kill my vibe…and that's the energy we need for life. I'm ready to run around the block 5 times." 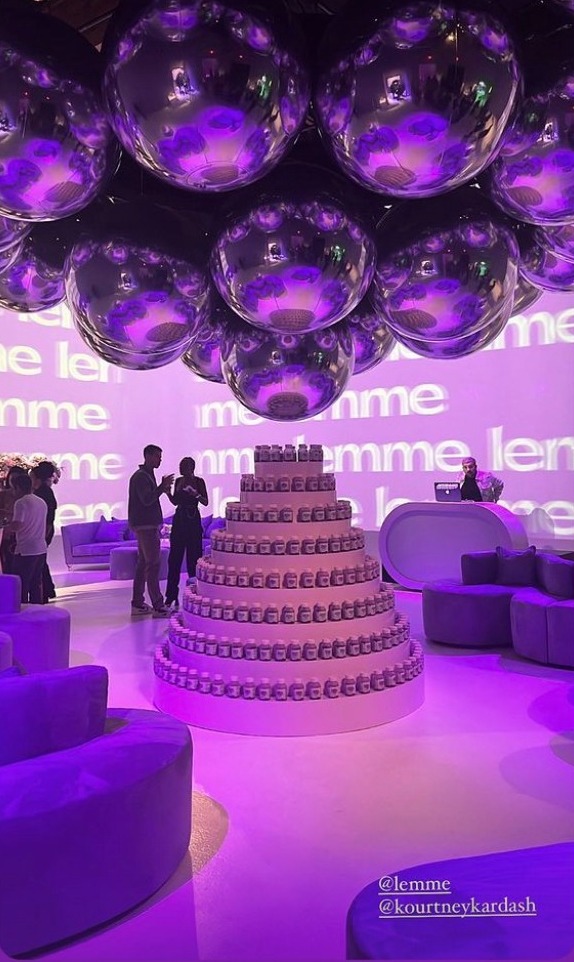 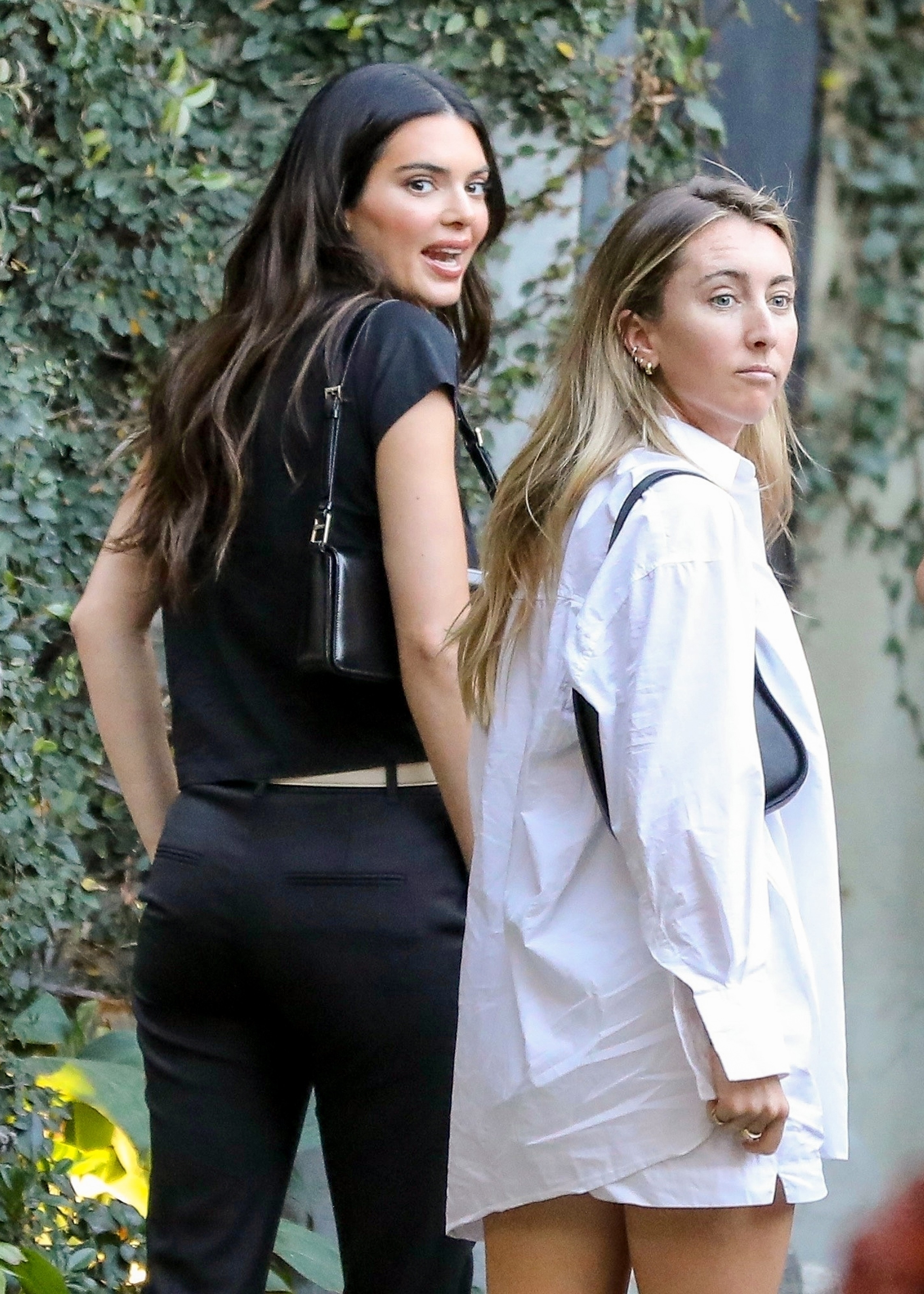 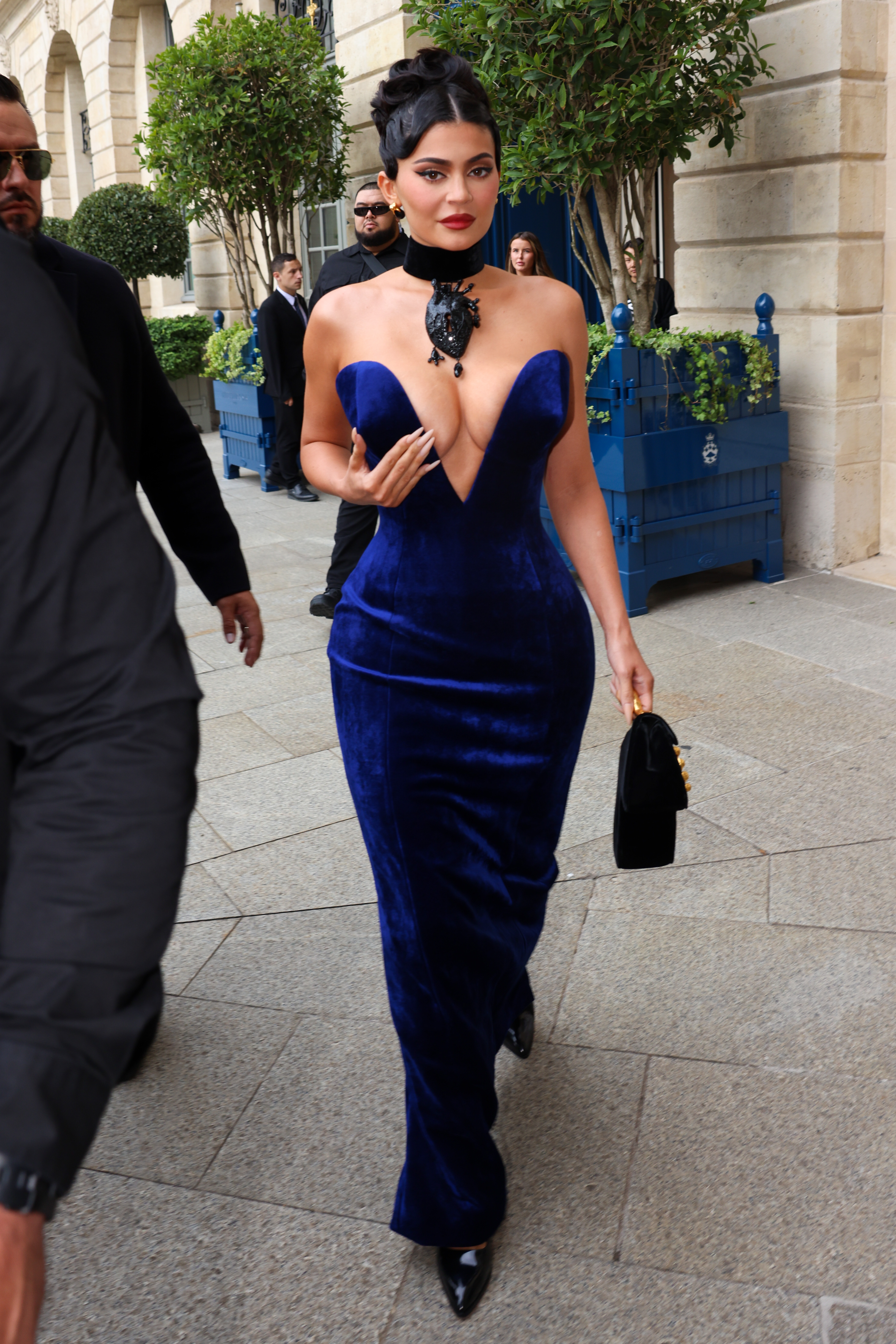