The Gogglebox star has been keeping fans updated on her exploits with her Extra Camp co-hosts as they enjoy down time Down Under ahead of the show's return. 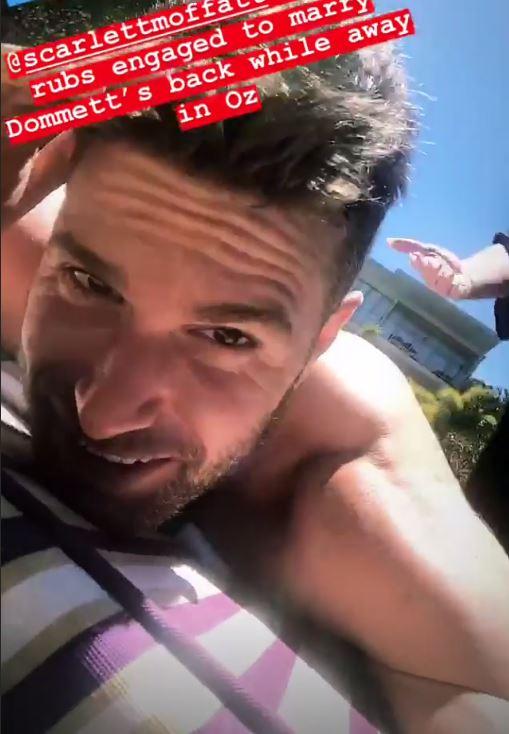 Scarlett, 28, re-shared Joel's video of her rubbing sun-cream on his back.

The comedian lay on his stomach topless while the Geordie lass got the cream ready to protect him from the harsh Australian rays.

Speaking to the camera he jokingly instructed Scarlett to "make it sexy" and "massage it in."

Laughing in the background the feisty Geordie said "No I'm not doing that." Joel poked fun at themselves by captioning the funny clip: "@scarlettmoffat sexily rubs engaged to marry Joel Dommett's back while away in Oz."

In September the engaged comedian revealed that he's planning to have an intimate wedding abroad with his girlfriend Hannah Cooper.

Joel told Lorraine that the couple – who got engaged last December – plan to wed in Mykonos in front of thirty guests. 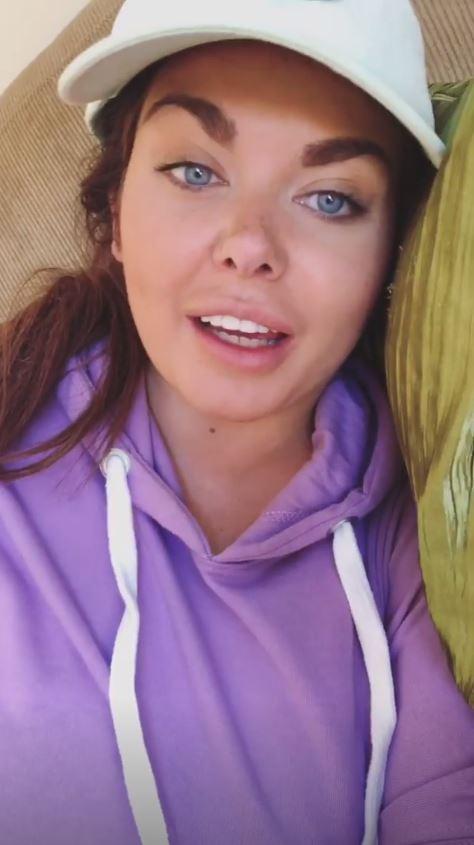 Elsewhere Scarlett  keept fans filled in with what her and her fellow presenters have been getting up to as rehearsals get under way.

In a series of videos the presenter gave a glimpse of the behind the scenes – including a clip of Joel 'air-drumming' as well as a look at the crew on set preparing for run-throughs.

The Geordie babe took to her Instagram to tell her 1.9 million followers of her excitement as the big return approaches. She said:

"So we've had a great little first dry run, I'm so excited now for it to start.

"I just want next week to come now.

"I'm so excited to find out who's going in as well."

The Extra camp co-hosts – including Joe Swash – had their first day of filming just last week.

Scarlett shared a pic of her reuniting with the much-loved Medic Bob after arriving at the camp.

I'm A Celeb and its spin-off Extra Camp return on Sunday 18th November.

Are you an 'I'm a Celeb' Superfan? Sign up now to play our free Jungle prediction games with chances to win daily prizes.