I'M A Celebrity… Get Me Out Of Here!'s Andrew Maxwell tucked into a massive plate of chips washed down by a pint of beer following his jungle exit.

The 44-year-old comic became the second star to be eliminated from camp last night after failing to secure enough public votes. 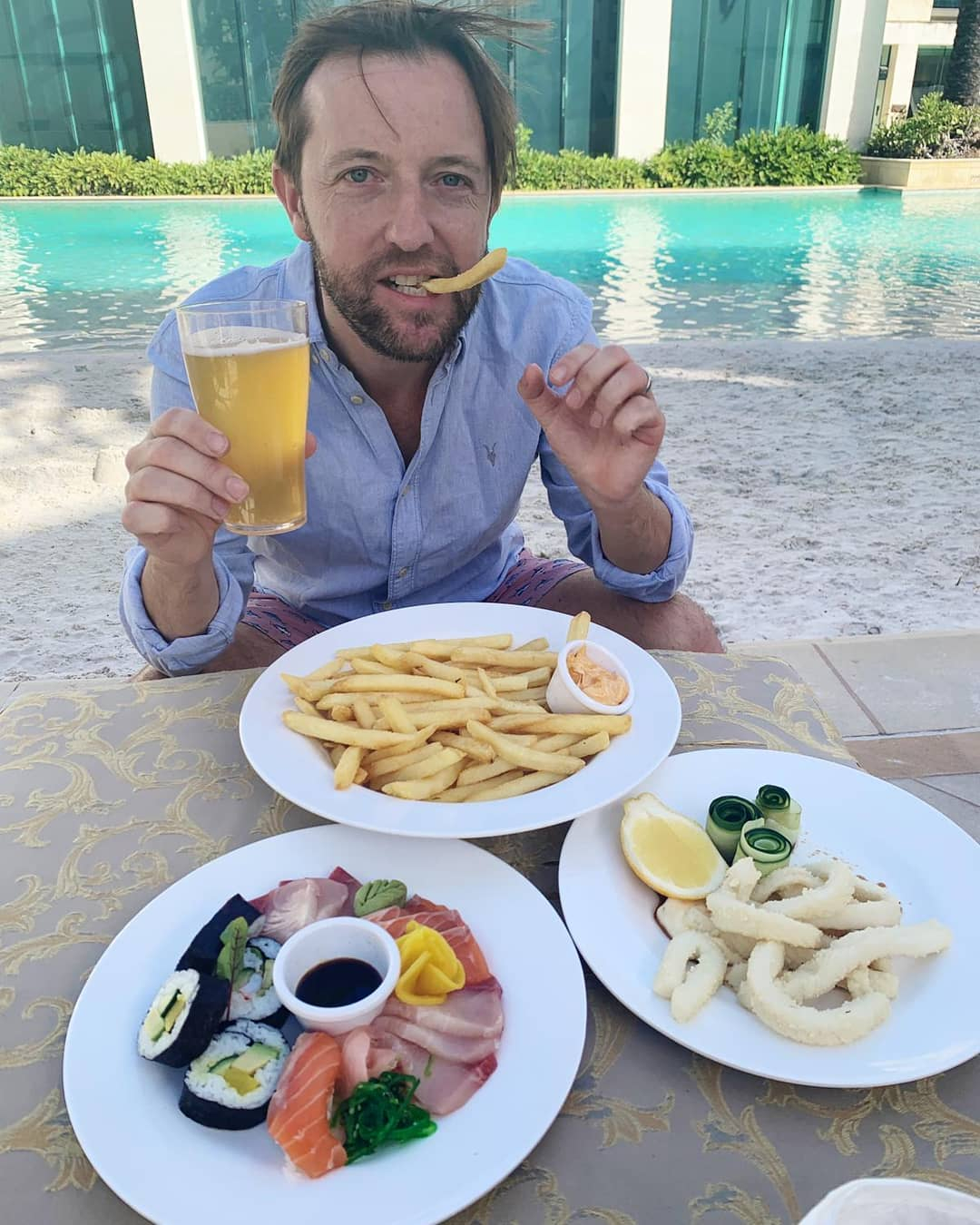 But the Irish star appears to be happy enough to be out of the jungle, dashing straight to the set's canteen for some grub following his live interview with Ant and Dec.

Still dressed in his jungle vest top and hat, Andrew grinned at the camera as he gleefully cut up two poached eggs served on top of an English muffin.

With his son Flynn Maxwell still in control of his Instagram account, the photo was captioned: "First meal he hasn't had to fight for his life for!"

Just eight hours later, another mealtime snap was posted – with Andrew indulging in calamari, sushi, and a huge bowl of chips, all washed down with a pint of beer. 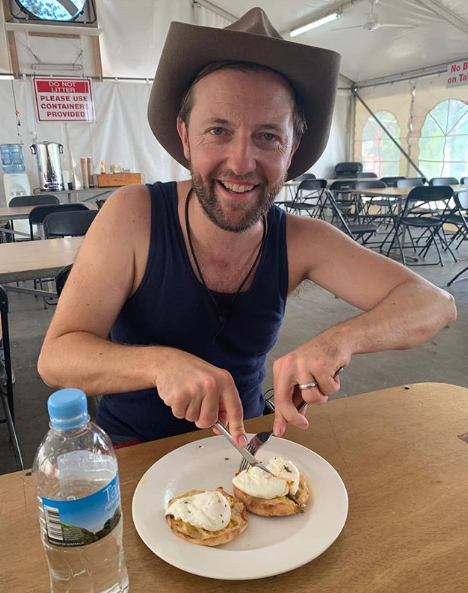 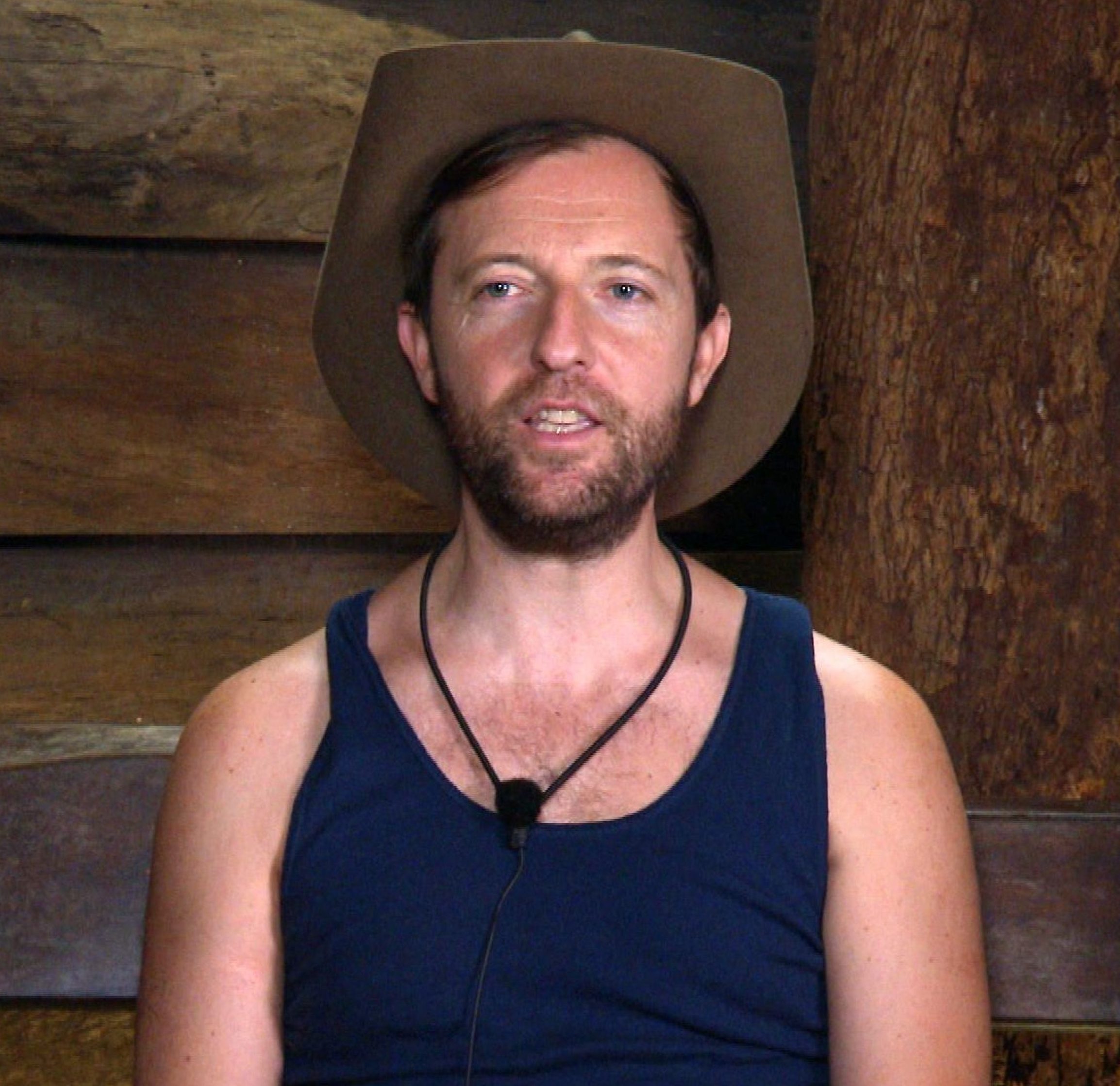 The voiceover artist posed with a chip dangling from his mouth as he soaked up the luxury of the swanky hotel that eliminated campmates remain in ahead of the series finale.

The star seemingly wasted no time in freshening up after leaving the Aussie outback, dressed in a crisp blue shirt with patterned shorts.

This picture was captioned: "Strangely, this meal also came down from the heavens, much like in the Jungle." 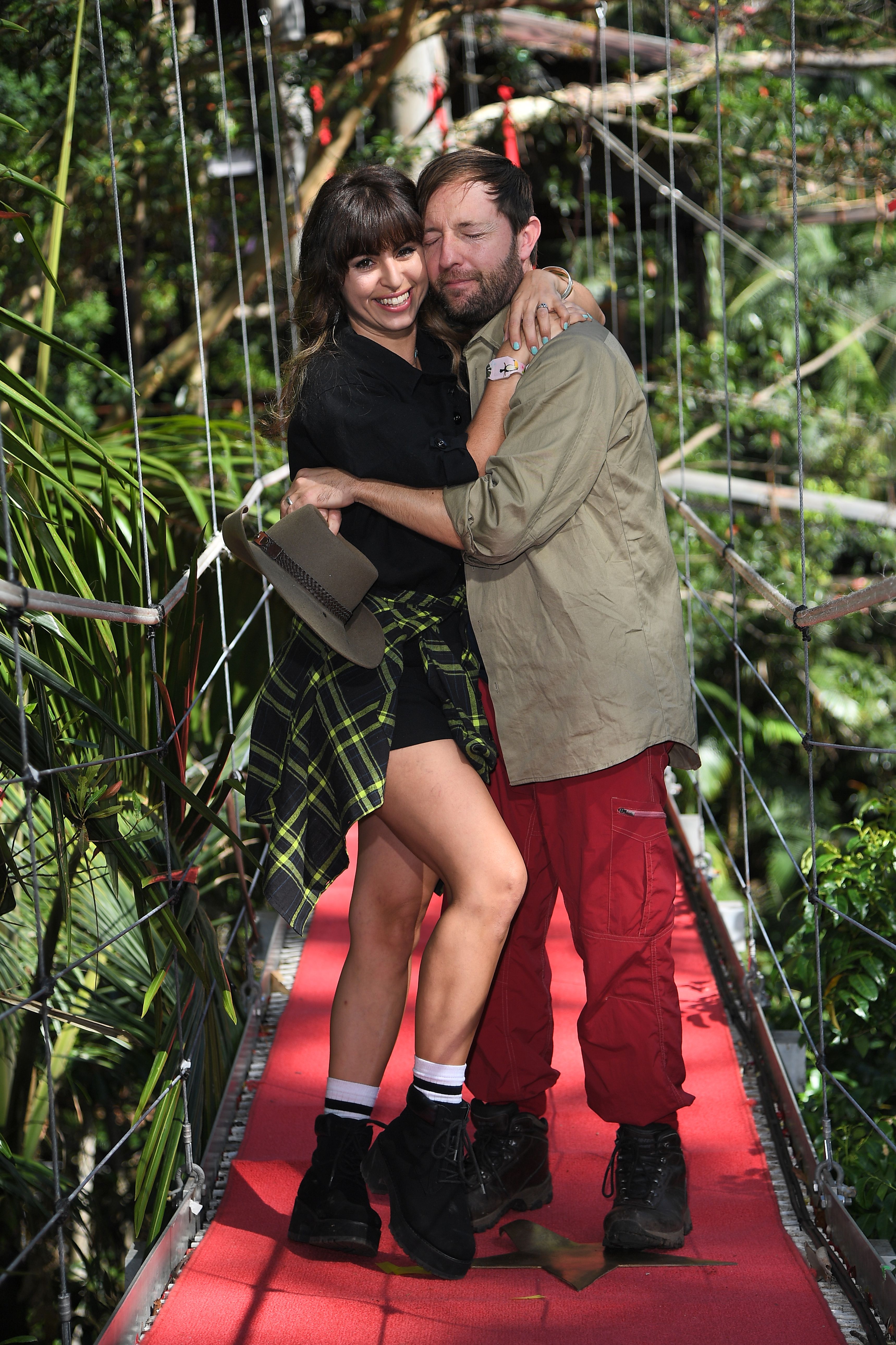 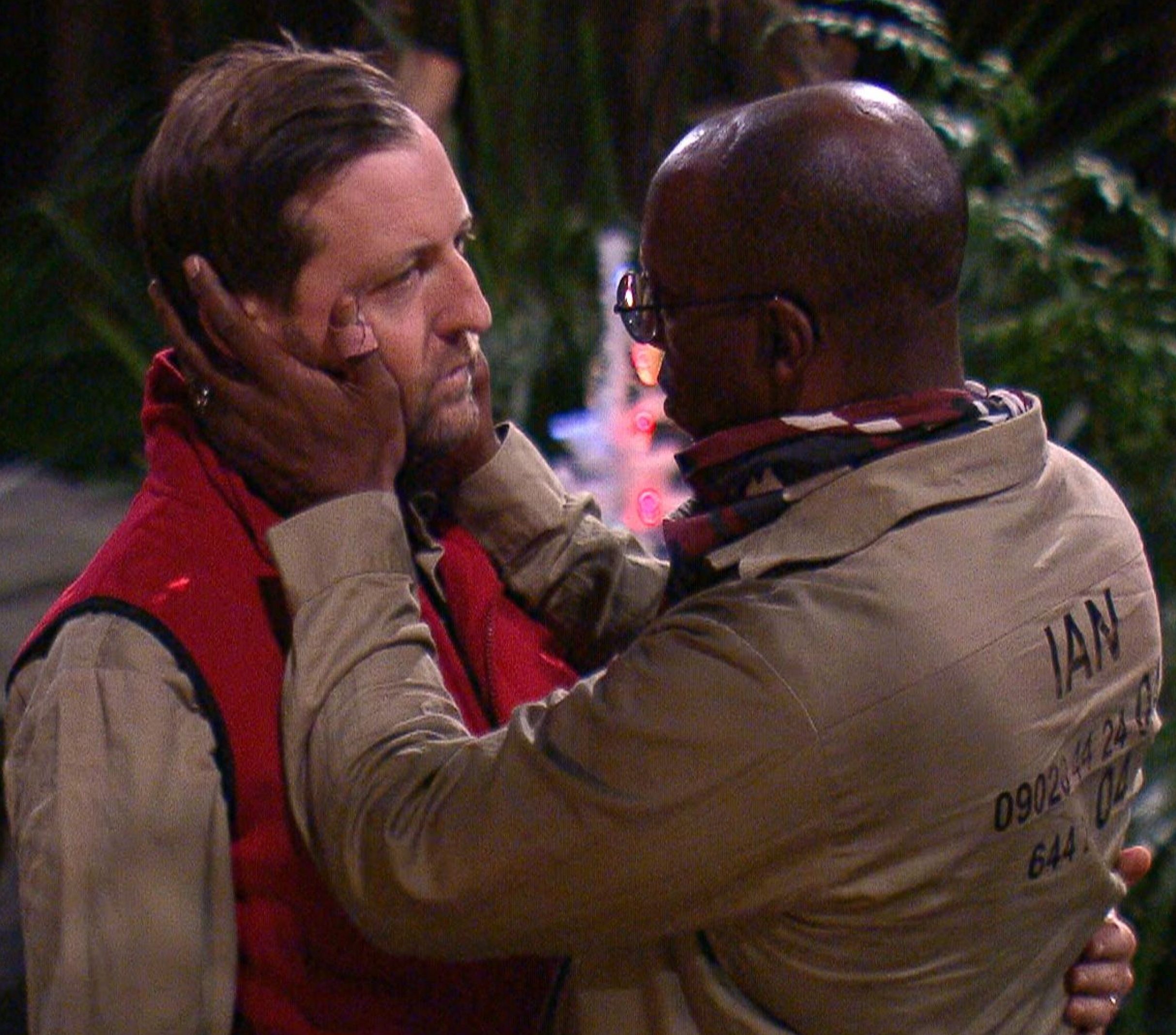 Andrew had a rocky time on I'm A Celeb, regularly locking horns with Ian Wright – who some viewers even accusing him of bullying the comic.

However, upon his elimination the star insisted that there was no ill feeling between himself and the former football legend, claiming that they had actually got along well.

After his interview, Andrew appeared to break down in tears as he reunited with his wife Suraya El-Wakil at the end of the bridge.

DJ Adele Roberts was the first campmate to be booted from the jungle on Friday night, with this year's celebs set to be picked off throughout the week ahead of Sunday night's final.