Noel Edmonds has officially joined I’m a Celebrity… Get Me Out of Here.

In showbiz’s worst-kept secret, the former Deal or No Deal host is heading to the jungle as a late arrival alongside the 10 other campmates.

It’s been rumoured that Noel was set to join the ITV show for a few weeks, with reports circulating he’s the highest-paid campmate to sign up. 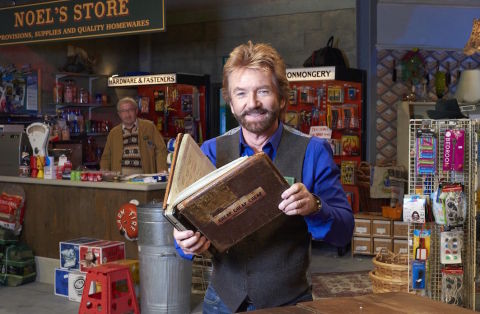 Noel, 69, has been a household name for the last 40 years after starting his career on BBC Radio 1.

He’s also known for presenting Top of the Pops and Noel’s House Party in the ’90s before becoming the host of Channel 4 gameshow Deal or No Deal.

The Mr Blobby creator has previously had a lot to say about I’m a Celebrity‘s presenters, accusing Ant and Dec’s show Saturday Night Takeaway of nabbing ideas from Noel’s House Party.

“Their executive producer told me that the first thing they did when they were setting up the show was to get out the tapes of Noel’s House Party,” he said in 2005.

“We had a laugh about it. I also like the fact that Ant and Dec so clearly love their job and do it so professionally.”

“I don’t have a problem with that, I take it as a compliment.”

Declan Donnelly is currently presenting the show alongside Holly Willoughby while Ant McPartlin takes a year off his TV duties.

I’m a Celebrity…Get Me Out of Here! continues on tonight (November 21) at 9pm on ITV, followed immediately thereafter by Extra Camp on ITV2.