I'm a Celebrity: Extra Camp's Joe Swash STILL has cockroach in his ear after A&E visit

I’m a Celebrity: Extra Camp presenter Joe Swash has revealed that he STILL has a cockroach in his ear.

The former King of the Jungle was taken to A&E after getting the bug stuck in his ear while having a go at one of the show’s Bushtucker Trials on Sunday (November 25).

He shared his trip to hospital with his Instagram followers, but despite having his ear syringed to get the cockroach out, there was no budging the critter.

Speaking on last night’s (November 26) Extra Camp, Joe revealed: “It’s not out. I’ve got a cockroach in my ear, it’s been in there two days. It’s just squatting.

“You can smell it dying in my ear. But don’t worry though, it’s coming out today. I’ll bring him in so you can all see him!”

Nevertheless, it sounds like Joe is making sure everyone else shares his pain, as he’s been showing off the odour to his co-stars. 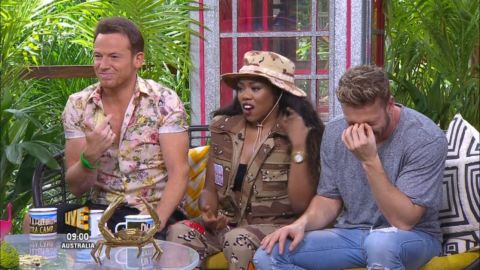 Fellow presenter Scarlett Moffatt explained: “It stinks. He keeps getting everyone to sniff it.”

And Made in Chelsea‘s Sam Thompson, appearing on the ITV2 spinoff show as a guest, agreed: “Oh mate, that’s actually rank. I don’t understand how you can live with that in your ear. It’s so intense.” 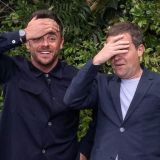 I’m a Celebrity… Get Me Out of Here! continues tonight (November 27) at 9pm on ITV, followed immediately afterwards by Extra Camp on ITV2.