Carly Shay is all grown up with her own apartment!

The highly anticipated iCarly revival premieres June 17 on Paramount+, but ET is bringing fans an early behind-the-scenes treat from the new series.

iCarly stars Miranda Cosgrove and Jerry Trainor are giving viewers a special set tour of Carly’s new apartment and although it doesn’t have an epic elevator like in Spencer’s place, it does show off Carly’s cute adult style.

To make matters even more exciting, in the exclusive video above, fans can check out some never-before-seen scenes from the new reboot hidden throughout the tour!

“On the show, I have a roommate named Harper and this is our home together,” Cosgrove explains to her on-screen big brother during the tour on set. “But our space is so much smaller than your apartment!”

“You know money’s not everything,” Trainor responds with a smile. 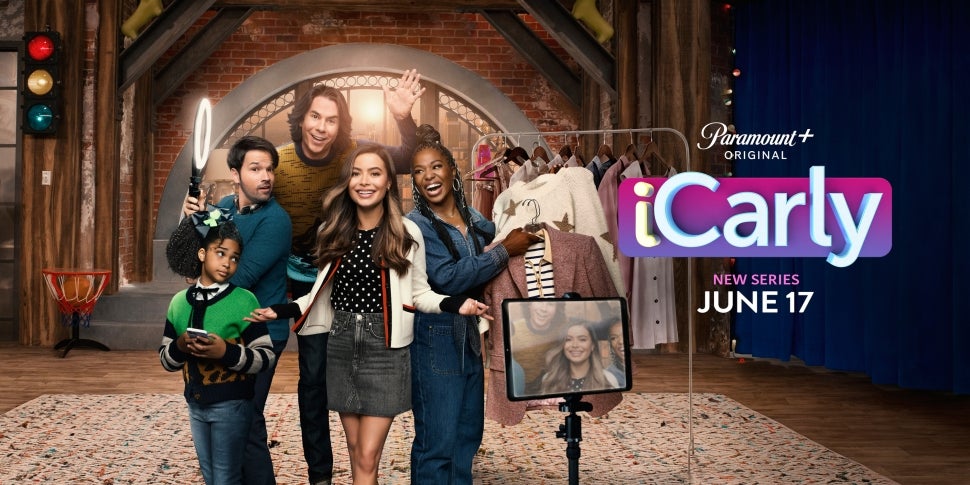 While we wait to discover more about what Carly, Spencer and Freddie have been up to for the past nine years, ET spoke with Cosgrove during the iCarly press junket last week to find out how the new series has evolved her role.

The new iCarly debuts with three brand-new episodes on Thursday, June 17 on Paramount+.