I wouldn’t be here now if it wasn't for my fans, says Sheryl Crow

SHE stopped making new albums in 2019 but that isn’t the end of music from Sheryl Crow.

Live From The Ryman And More is a 27-track collection of Crow’s hits recorded over five nights at three venues: Nashville’s famous Ryman Auditorium; the Ace Theatre in Los Angeles; and the Newport Folk Festival in Rhode Island. 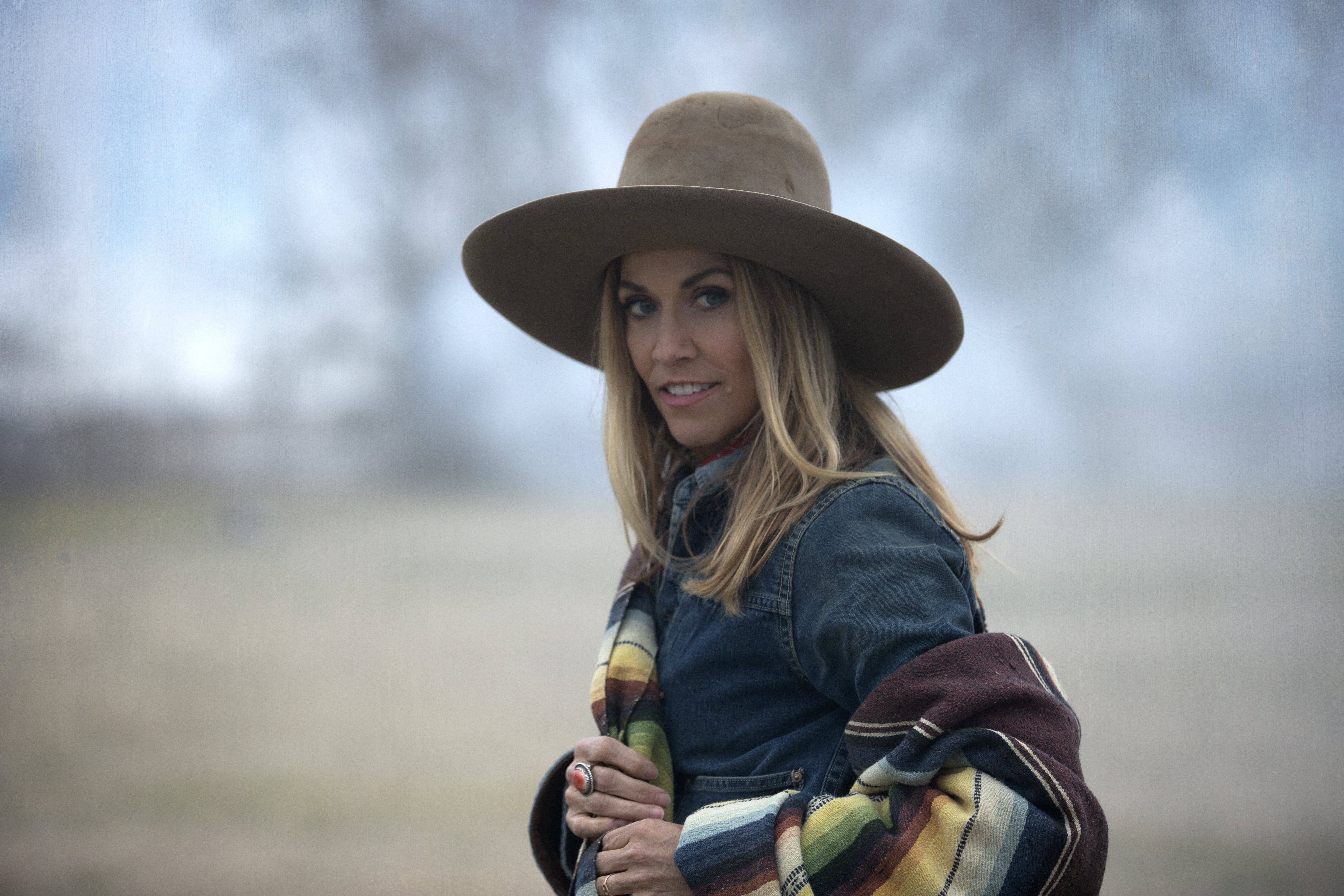 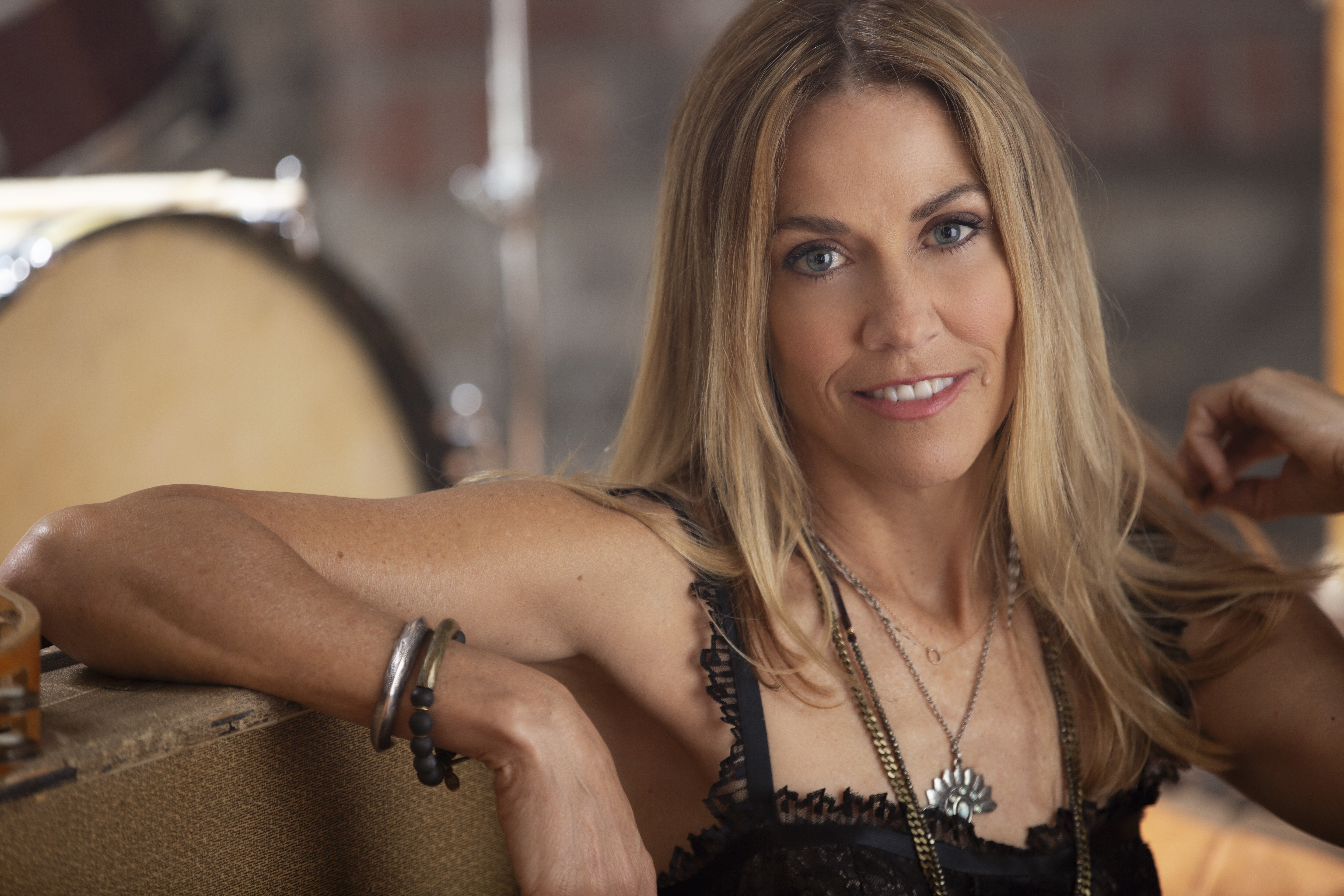 They are drawn from across the multiple Grammy winner’s ten studio albums — and mark a perfect celebration of the return of live music.

“I think everyone agrees we need to be out, hearing live music again,” says Crow on a video call from her Nashville home.

“Live music levitates, it transports and is what brings us together. There’s 30 years of songs in there, so it’s celebratory and very reflective. There’s a whole lineage that goes along with the songs that people are a part of.”

The tracklist features signature hits such as Strong Enough, Soak Up The Sun and All I Wanna Do.

Guests include Fleetwood Mac’s Stevie Nicks, on Prove You Wrong and Jason Isbell on a cover of Bob Dylan’s Everything Is Broken.

Some of the tracks, Crow says, she would not necessarily play if it were not for her audience.

She tells me: “As much as I might not enjoy playing All I Wanna Do as much, some of the songs are for my fans.

“We definitely try to give them what they want because I wouldn’t be here if it weren’t for them.”

The song was written by Crow with lyrics adapted from Wyn Cooper’s 1987 poem Fun. But the acrimony that resulted over songwriting credits soured the track’s success for Crow.

Looking back on those times, she says: “Everybody has always gotten equal splits on songs, whether they contributed a word or a verse or whatever.

“But you get philosophical when you get older and you look at things with gratitude.”

Making its self-titled 1996 follow-up in New Orleans was a more enjoyable experience for the star. For that record, Crow was on production duties too.
She says: “I went into that record a little bruised from having to defend myself.

“There’s no training for becoming famous. I didn’t know how to handle any of it. I went in pretty raw making that record.

“I then lost my producer. So making that record, I felt like a teenager. I closed my bedroom door and played the music really loud!” The album brought her “a lot of joy”, Crow says, and helped her remember “this is why we’re doing this”.

With a laugh, she says: “I even questioned whether I wanted to put it out and have people critique it, as I loved it so much.

“Those songs are the ones that feel the most celebrated when I play them on stage. If It Makes You Happy, Everyday Is A Winding Road and A Change Would Do You Good, they are a big part of my personality — still.”

A pioneer for women in music, Crow, now 59, is excited her songs are covered and cited as an inspiration by the likes of Phoebe Bridgers and Haim.

She says: “It’s so flattering and encouraging. Phoebe and Haim are two of the best artists out there. It’s about their musicianship, not their bodies.

“I produced the Sheryl Crow album because my manager had faith in me. There are a lot of things to fix for young girls. I’d like to see more artists and us older musicians trying to champion young female musicians getting behind the desk as producers. But we’ll get there.

“The fact we’re now being heard and not being dumped is something new from the #MeToo movement. I went through a pretty lengthy experience on the Michael Jackson tour.”

Crow spent two years as a backing singer on Jackson’s Bad tour in the late Eighties and says she was sexually harassed by Jackson’s manager Frank DiLeo.

There’s no training for becoming famous. I didn’t know how to handle any of it. I went in pretty raw making that record.

She says DiLeo vowed to sabotage her career if she didn’t comply with his demands.

Crow says: “When I spoke out publicly, I was told I wouldn’t work again. I was scared. No one would stand up and protect me.

“Luckily, I had music and I talked about it in What I Can Do For You (a track from Tuesday Night Music Club).

“We’ve come a very long way but we have a long way to go. I was a backup singer dressed up in a little, tight black dress. It’s supposed to be about my voice. You needed a backup singer, not a vixen.

“Watching the Britney Spears documentary (Framing Britney Spears), it was clear the male industry was dressing her up and pushing her out there to be something they wanted to see.”

Crow is a survivor of breast cancer and was diagnosed with a benign brain tumour in 2011. But she turns 60 next February and looks healthy — and years younger too.

She says: “I’m the first to say I don’t love what age is doing to my face! But I have to figure out a way to love my life and my life is all over my face.

“Everything about ageing is challenging for women. We’re critical. We’re supposed to be flawless, especially in this day with retouching your photos.

“It’s practically dictated that you better get in there, get some surgery or get your lips blown up. It’s hard not to be discarded when you get older as something that’s not beautiful.

“But it only bothers me when I see it bother my children. Because it’s harder having an older mum. I tell my boys I’m not going anywhere! The key is being gentle with ourselves and trying not to judge who we are.

“Because the reality of it is we are going to get old. Look at (Cocoon actress) Jessica Tandy — she was so beautiful, and she didn’t do anything to her face.”

She says: “As a single mum, I’m bad cop and good cop — but mostly the bad cop during the teenage years, as I’ve not let them have social media.

“My eldest had Snapchat for his 14th birthday but my gift is sometimes saying ‘no’ to protect their innocence. But it’s hard when young people are given the title of ‘influencer’.”

Crow has earned the respect of music greats including Johnny Cash, Bob Dylan and Prince. She wrote anti-war song Redemption Day in 1996 after a trip to Bosnia with America’s then-First Lady, Hillary Clinton.

Cash then recorded it — and it appeared on his posthumous 2010 album American VI: Ain’t No Grave.

With the help of some studio magic, a duet between the pair is on Crow’s Threads.

She says: “I hadn’t intended to write an anti-war song but in my efforts to write a break-up song, this came out. Then, years later, I wound up on a phone call with Johnny Cash. He asked me questions about what each line meant so he could really put his stamp on it. And he recorded it.

“Then he passed. Cut to the Threads record and all that’s been going on. I pulled the song out and felt it was the right time for us to hear him sing it.

“His family kindly let us use his vocal to recreate it and it really was a moment, singing it with him in the booth. I felt the weight and felt his presence.”

On her new album, Crow teams up with Jason Isbell for the Dylan song Everything Is Broken. She says: “I met Bob early on and he said, ‘If you ever need any advice, call me’. So I called him to say I had writer’s block.

“He gave me Mississippi to record (for her 1998 album The Globe Sessions). So for Threads, I asked what would be a cool song for me to record. He sent a couple of songs and Everything Is Broken just seemed like typical Dylan — so prescient, it was perfect.

“Jason is a fiery guitar guy but has this old soul. I felt it was a great homage to Bob. With Prince, we were friends. The guy was epically gifted. To hold all that talent and energy was incredible.

“They are all great and getting to know them, I still feel like I’m the kid peeking around the door trying to get in on it all.”

I loved staying home in the pandemic. It was kind of idyllic for my family.

Crow and her band head back out on the road next week to play some US shows — and she can’t wait. She says: “I loved staying home in the pandemic. It was kind of idyllic for my family.

“After 30 years of touring in the summers, I got to spend a summer at home. My kids, who spent every single summer of their lives on a tour bus, have loved being at home.

“They built a chicken coop and we raised baby chicks and we planted a garden. But I want to play live music now.”

And might there be new albums after all? "No,” Crow confirms. “I’ve experienced everything, I’ve had an incredible journey and this record illustrates the whys and hows of where I’ve been.

“I hope I’ve evolved into a fully realised human being with a sense of authenticity. That’s why I want to write immediate songs rather than a full body of work. That feels right to me.

“I’m writing another Broadway musical. That’s what’s exciting for me as a writer to put out now.”