The podcast version of “Archive 81” had to sculpt an entire world out of just dialogue, music, sound effects, and the occasional agonizing bit of silence, but the Netflix series adaptation uses its sound design as just one of the many tools with which to create its world. The TV adaptation’s sounds have the luxury of lurking beneath the strange occurrences at the Visser Apartments in the 1990s, captured first by grad student Melody Pendras (Dina Shihabi) and then decades later by archivist Dan Turner (Mamoudou Athie), as he restores her tapes. Supervising sound editor Mark Relyea talked to IndieWire about “Archive 81” and its soundscape — including spoilers for the end of the show’s first season.

The first of the show’s sonic layers is, of course, all the stuff we do see on screen, and Reylea said the goal there was to be as authentic as possible, especially to the far more gritty New York of the 1990s. “[Showrunner Rebecca Sonnenshine] was very adamant about everything being exactly the [actual] sounds, so we went out and recorded a lot of the sounds you’re hearing in the show. They’re actual recordings of the actual props, the tapes, things like that,” Relyea said. But beyond creating a sense of the physical space that can be dialed up or back, depending on the intensity of the moment, Reylea and the sound team crafted a wider sense of the forces lurking just beyond the frame, the ones Melody (and later, in parallel, Dan) are prodding. 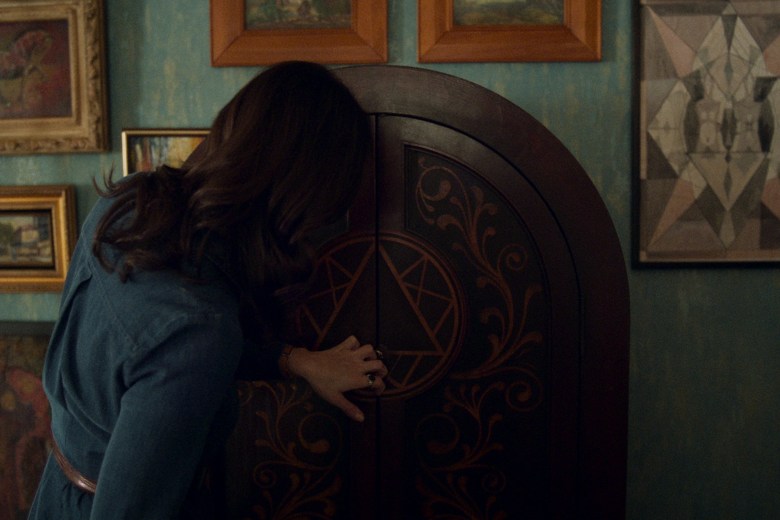 “For the Visser, I tried to keep that vacuous,” Reylea said. “We used air tones that were very dry and just almost dead. And then we also did not have voices of people inside the apartments. So we might occasionally hear like a little TV going in the background, but very faintly, almost ghostly. You won’t hear people talking in their rooms or anything. The interior of the building, it sucks your soul out. The goal was to kind of give you that feeling.”

Reylea amped up the dread in the present timeline by layering in droning tones that make the unsettlingly empty spaces of the compound where Dan does his restoration feel like something’s there, even if Dan can’t yet see it. The sound editing and mixing team were able to align the tone of these drones to the musical score and their placement with the pacing of cuts by the show’s editing team, an unusual collaboration that a typically grueling TV production schedule doesn’t allow.

“We usually work on six days schedules, so we have to get like basically a half of a feature film done in a week,” Reylea said. “[But on “Archive 81″] we were able to have time to make the sound design what it really deserved to be. We worked very closely with the editors, who we became buddies with. That’s unheard of. Usually there’s no time, but in this case we actually got feedback from them… it really felt like a group of friends all working together on a project.” 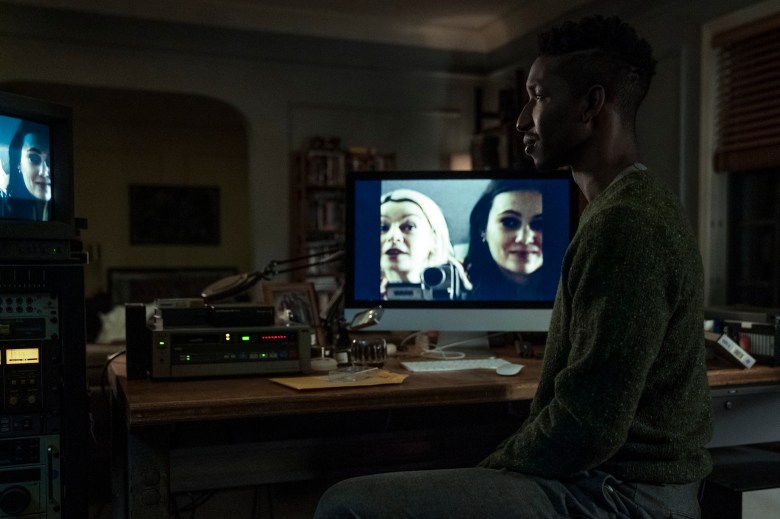 As the sound and editing teams tweaked the quality of the show’s sonic landscape, they started to introduce a key, in more ways that one. Tuning forks are the in-universe key to opening a portal into the Otherworld, an alternate dimension where Melody has been trapped after digging too deeply into the Visser’s ties with a cult. They ended up being the sonic key to make the portal to the Otherworld sing, if in a slightly demonic way.

“We just couldn’t figure out the portal. It got signed off on and no one really had too many notes on it, but when it got to the stage, we were all like, ‘Something’s missing,’ and we couldn’t figure it out,” Reylea said. “So we came up with using tritones and making them open up the portal [and putting] some aspect of the tuning forks into the portal sound, in addition to some kind of ethereal chime. And once we put that in, it gave the portal a completely different personality.” The portal isn’t the only thing that rings with the power of the tuning forks. Reylea was also able to weave them subtly in throughout the series so the build-up to the portal itself would be like a terrible homecoming.

“Sometimes we’d [add the sound of a tuning fork] into the drones in the background, very subtly. Then when they finally became more prominent, it was almost like we worked with music to make that part of the giant landscape when things get really crazy in the back half,” Reylea said. “By the time we get to the end, the music and the sound effects are all working together to give that feeling of awe and wonderment and dread, maybe, depending on how you feel about the show.”