Piers Morgan has been a vocal opponent of those who wanted to hold a second vote on anything from Brexit to Scottish independence. Unfortunately for Ian Blackford, the SNP’s leader in Westminster, he and his party had been vocal in their efforts to hold a People’s Vote, Stop Brexit and push for a second vote on Scottish independence. On Good Morning Britain, Mr Blackford was taken to task on whether he respected the result of “any referendum” by a furious Piers. The journalist said in the interview last November: “Your position on referenda is quite interesting, isn’t it?

“Is there a result of any referendum that you would accept?”

Mr Blackford argued that because most of Scotland voted Remain in 2016, the SNP had a mandate to stand on the anti-Brexit policy. 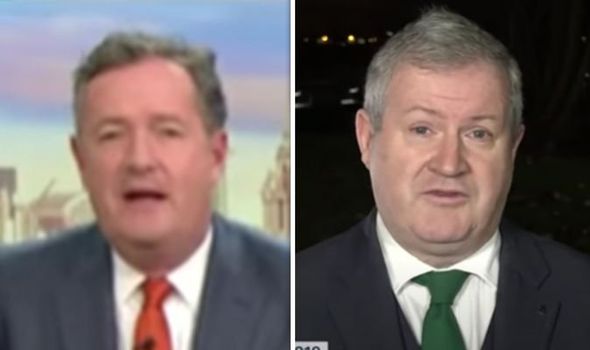 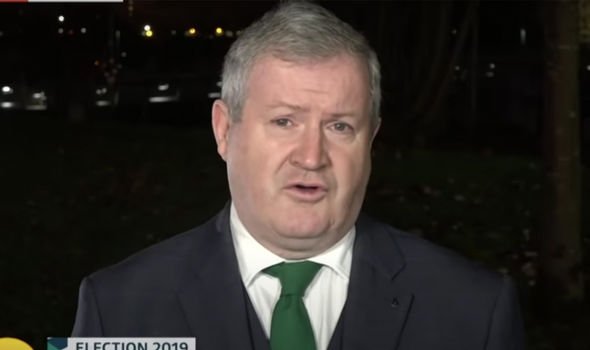 The SNP politician said: “Piers, here’s the point. In our referendum in 2014, we were told quite explicitly if we stayed in the United Kingdom, then our rights as European citizens, our rights would be respected.

“That was the central focus, in many respects, of the Better Together campaign. What we now are finding is that, against our wishes, we will be taken out of the European Union.

“We would lose all the benefits of the free movement of people to live, to work, to get an education in the EU.”

As the SNP prepared to fight the 2019 election, leader of the party Nicola Sturgeon pitched her plan for Scotland to leave the UK and join the EU later. 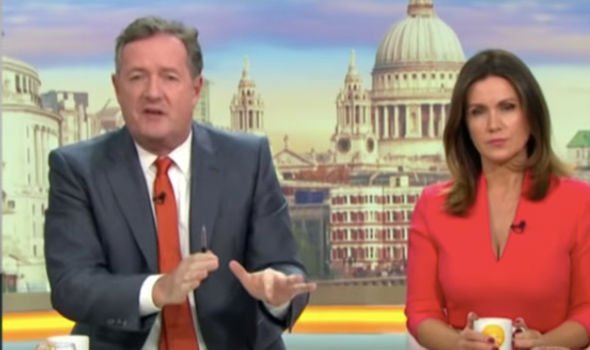 She said: “A vote for the SNP is a vote to escape Brexit and the threats that it poses to our economies and public services. It is a vote to secure the right to choose our own future.

“And if the future we then choose is as an independent member of the EU, we will be able to take full advantage of the single market, currently around eight times the size of the UK alone.

“If you look at Ireland, it is striking how the combination of independence and EU membership really is a huge economic gain. 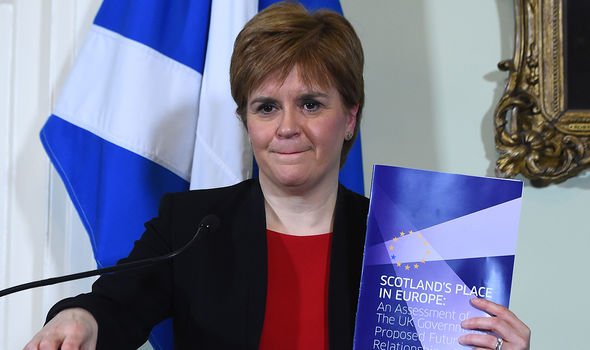 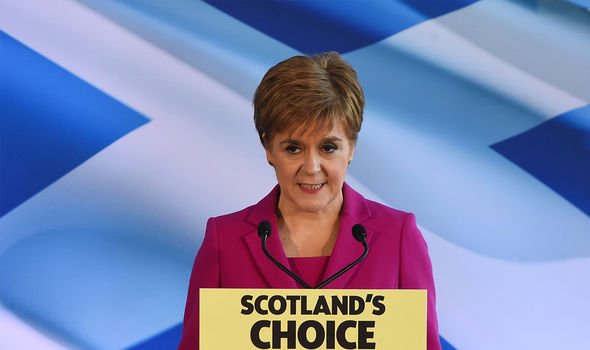 “As an independent country, Scotland will be in a unique position to act as a bridge between the rest of the UK and the EU – making us a magnet for global investment which in turn will boost growth and tax revenue for public services.”

Despite the anger of Piers Morgan, the SNP’s campaign worked as the party earned a landslide win in Scotland.

The party won 48 seats after securing 45 percent of the vote – 8.1 percent more than in the previous general election in 2017, when it won 35 seats.