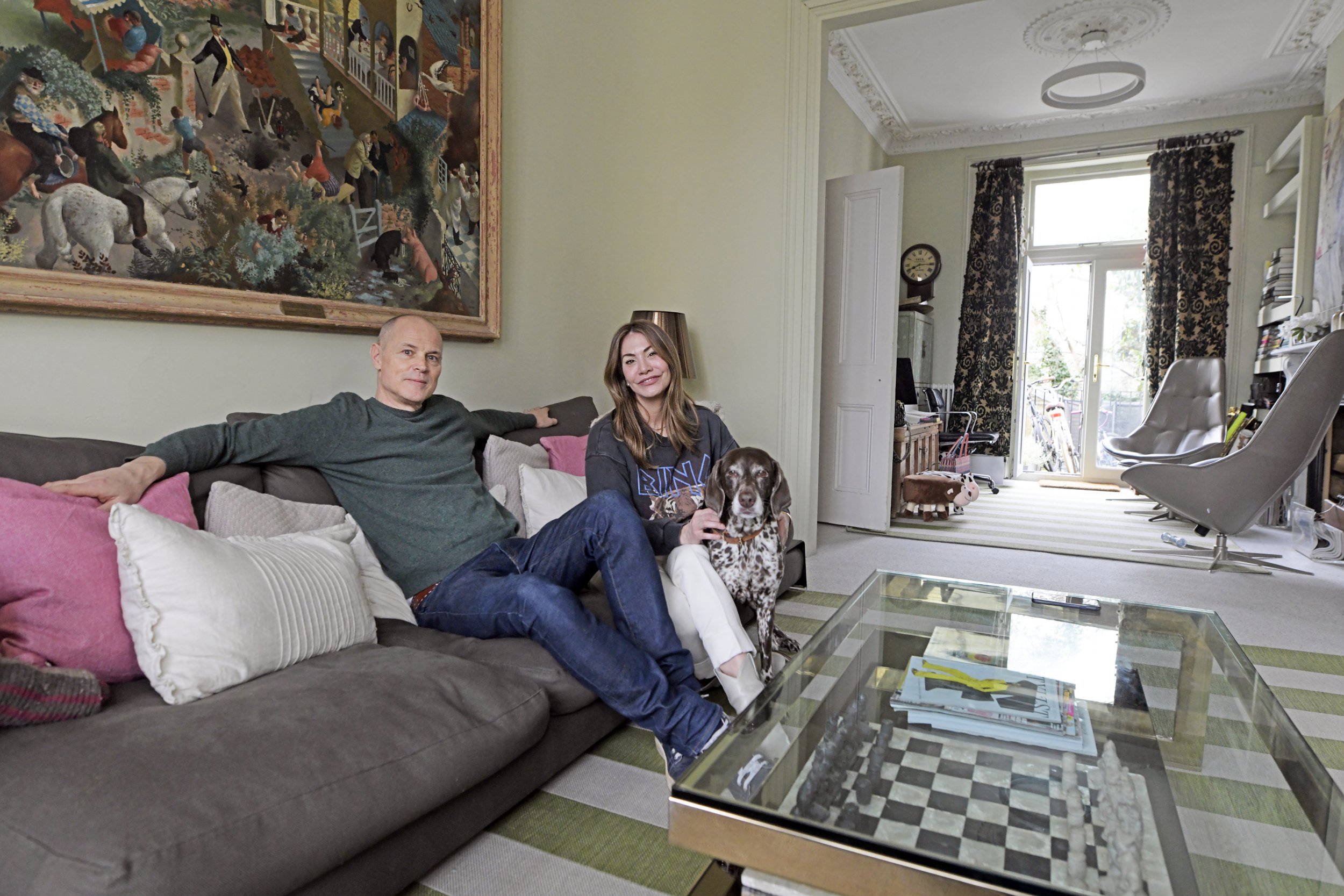 Coldharbour Lane has worked hard to shake off its sordid reputation as London’s most dangerous street.

In the early Noughties, the mile-long south London thoroughfare, which runs between Brixton and Camberwell, became synonymous with gang warfare, murder and drug crime, and in the 1980s was made notorious by riots.

But, depending on which side of the gentrification debate you sit on, the street today faces a somewhat different challenge, now dubbed as one of London’s hippest ’hoods.

Over the past few years, its multicultural vibe and access to an endless choice of food markets, galleries, artisan coffee shops and music venues has transformed it into a mecca for moneyed young professionals looking for an edgy, urban lifestyle.

For project manager Shane Garland, who grew up in Clapham, and his partner Sophie Hearne, who spent her childhood between Hampstead and the countryside, the artistic vibe of the area and the chance to buy a dilapidated four-storey terraced home on Coldharbour Lane, within walking distance of Brixton Village Market and Loughborough Junction stations, for less than £1million, was an opportunity to be seized.

Sophie, who at the time was living in Queen’s Park, in north-west London, admits the move to SE5 was a big adjustment, but one she embraced once she got to know the area.

‘We saw the neighbourhood as a more flavoursome Notting Hill,’ says Shane, founder of Garland Projects, which specialises in home improvements and building sets and bars for events.

‘There are a lot of real characters around, and we were drawn to the place by the constant vibrant, bank holiday weekend feel, and the global cuisine on offer. Plus, we knew the area was on the up.’

In February 2015, the couple bought the Victorian house for around £920,000, and set about creating their dream family home for themselves and their daughter, Connie, now five, Shane’s two sons from a former relationship, Gabriel, 18, and Isley, 15, and pointer Mabel.

The house — which had been carved up into a self-contained flat on the two lower floors and a jumble of bedrooms above, rented out to trainee doctors and nurses at nearby King’s College Hospital — was given a renovation budget of about £100,000. Shane saved money by doing as much of the work as he could himself.

Today, with its grand arched doorway and window surrounds painted in smart lead-grey Railings, by Farrow & Ball, it’s a standout home on the street.

Although many properties on Coldharbour Lane have been tweaked cosmetically, this one has clearly undergone the full facelift. But the first few months of ownership were gruelling, Sophie says, as they camped out in the house and started their top-to-bottom refurb.

‘The house was a complete love affair for Shane,’ she says, ‘and a huge commitment for us. It was just about habitable, but there was a lot of damp, and the whole place was dank, dark and uninviting.’

Along with old, peeling wallpaper, nasty lino and wooden floors nailed down over other wooden floors, there was even underwear left behind in some drawers, which was very off-putting.

‘But the beautiful original features, such as the fireplaces, cornicing, coving and wooden shutters were still intact and shining through,’ Shane says, ‘which meant we put up with washing the brick dust off our feet every night in a bucket and sharing bedrooms with scampering mice.’

Work started with a new roof, and then cladding of the loft space to make it suitable for storage. Shane and Sophie created a double living space on the raised ground floor out of what had originally been the kitchen, and built a brand new, bespoke kitchen on the lower-ground floor.

Here, poured concrete floors add an industrial feel, with the kitchen island, built by Shane out of an Ikea carcass, also clad in lightweight micro cement. The couple plumped for upmarket appliances such as a Gaggenau hob and hot plate and Siemens oven and warming draw, with copper pendant lighting designed by Tom Dixon, bought at Harrods.

A focal point of the project was the main family bathroom, which Sophie was determined shouldn’t be an afterthought. ‘I really wanted comfort to meet luxury, and had a vision of lying in a huge tub while watching the TV with a fire roaring,’ she says, ‘not that I get to do that often, of course.’

On a raised dais sits a £5,000 handcrafted copper and polished nickel Bateau bath, by Dorset-based William Holland, and a television and electric fire have been incorporated into the scheme.

An antique chandelier, from the market at Kempton Park Racecourse, hangs over a classic Barcelona chair by Mies van der Rohe.

‘My mum had a stall at Alfies Antiques Market in Marylebone, and I spent much of my childhood trawling through antiques at various fairs,’ Sophie says. ‘So that really inspired me to mix up with the old with the modern.’

Her favourite pieces include the French butcher’s block in the kitchen, from Sophie’s parents’ country home, a pair of iconic polished chrome KTribe Table 2 lamps, by Philippe Starck for Flos, in the main living room and artworks bought in local Brixton galleries.

Although there is planning permission in place to add a rear extension, the couple have now put the house on the market, for £1,100,000, and are hoping to split their time between a new home in London and a country weekender.

As for Coldharbour Lane, the area will continue its inevitable regeneration, with new homes, health services and a modern theatre in the pipeline. ‘There’s nowhere quite like it in London,’ Shane says. ‘That fantastic community spirit will never change.’

Find out more at marshandparsons.co.uk.

Get in touch at [email protected]

How to get your Metro newspaper fix

Metro newspaper is still available for you to pick up every weekday morning or you can download our app for all your favourite news, features, puzzles… and the exclusive evening edition!