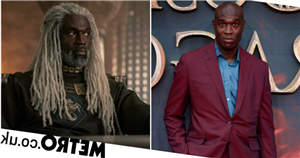 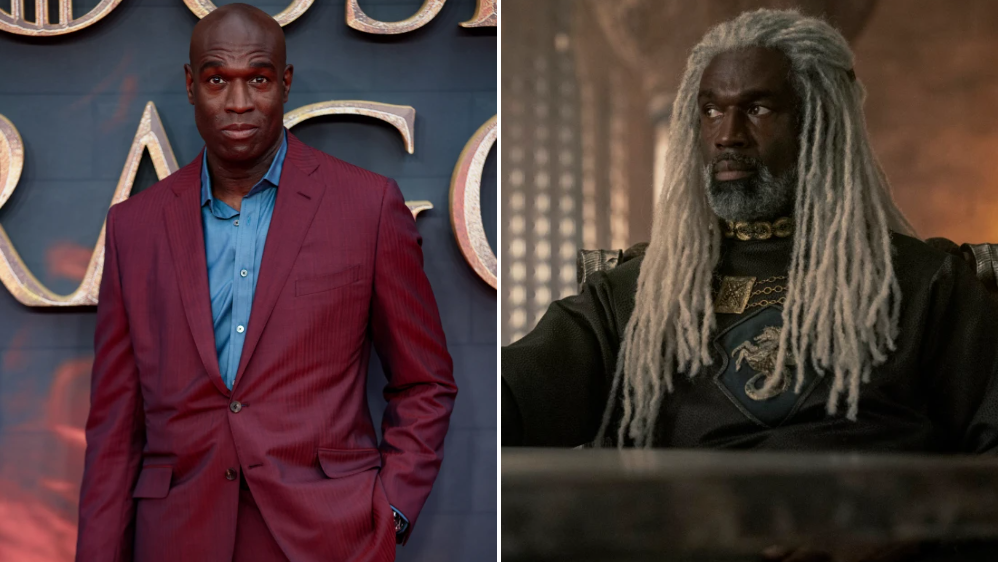 House Of The Dragon star Steve Toussaint has spoken out about the reaction some Game of Thrones fans had to his casting in the show.

The 57-year-old actor, who has previously appeared in the likes of Prince Of Persia and Judge Dredd, will star in the Game Of Thrones prequel as Coryls Velaryonson.

The seafaring Velaryons are described in George RR Martin’s novels as having white skin, ghostly pale hair, and purple eyes, similar to the Targaryens.

However, for House Of The Dragon the clan has been reimagined as black nobles with silver dreadlocks.

Despite the change welcoming more diversity to the cast, Toussaint has detailed the ‘toxic’ reaction some fans have had towards it.

The actor said one of the first things he saw on social media after his casting was announced was comparison pictures of drawings of his character from the books next to shots of him.

‘And then there was the racist abuse that came with that,’ he said to Radio Times.

‘I kind of thought, “Oh, I get it, when we were criminals and pirates and slaves in the other show, you were OK with that. But as this guy is the richest [character] in the show and he’s a nobleman, now you have a problem with it.” In House of the Dragon [our colour] is just a given – I quite like that.’

Despite the backlash, Toussaint highlighted the importance of speaking out against the comments.

‘I don’t want this to be my story,’ he said. ‘But I’m not going to deny that it happened. Because it does.

‘It’s out there. And it should never be something that puts someone off from doing something they want to do.’

Speaking about his role, the Line Of Duty and Doctor Who actor revealed he had previously auditioned for series five of Game Of Thrones but was unsuccessful.

He also had high hopes of appearing in prequel series The Long Night which was scrapped.

Set 300 years before the events of Game Of Thrones, House Of The Dragon will follow the Targaryen family history, starting right at the formation of Westeros.

House Of The Dragon will be the first in a number of planned spin-off series to arrive from HBO – including one focused on Jon Snow – offering a deeper dive into the history and mythology of Martin’s creation.

House of the Dragon will premiere on Sky Atlantic and streaming service NOW on August 22 2022.