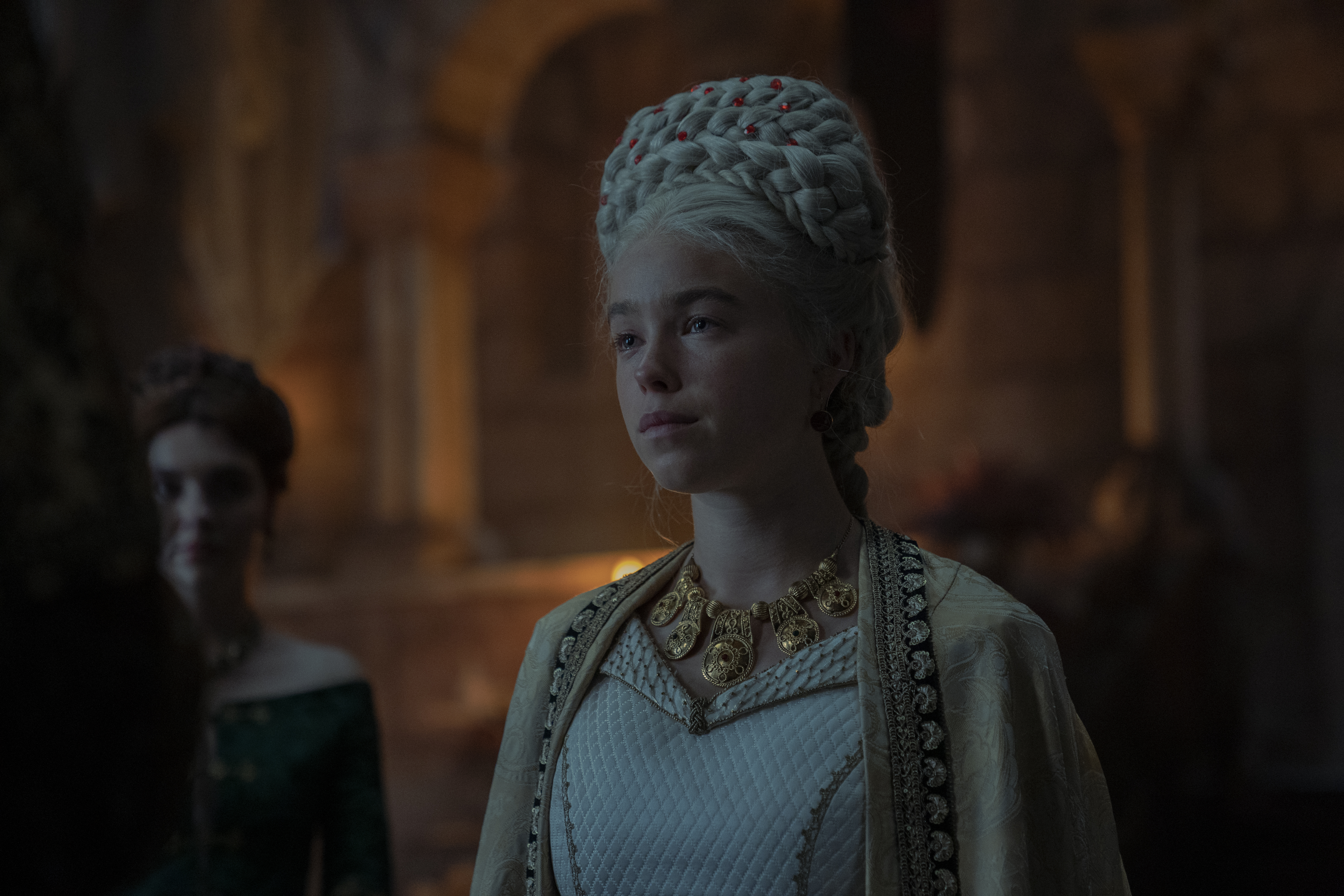 Over the past five weeks, House of the Dragon stars Milly Alcock and Emily Carey have astounded fans of the Game of Thrones prequel with their stellar performances as Princess Rhaneyra Targaryen and Lady Alicent Hightower respectively.

The latest episode of the series saw the actors make their final appearance before their roles are taken over from next week by Emma D’Arcy and Olivia Cooke following a 10-year time jump.

While viewers are excited to see Emma and Olivia’s take on the characters as tensions continue to brew between the former best friends, they’re also devastated to say goodbye to Milly and Emily, who’ve been celebrated as ‘absolutely sensational’.

‘They will be missed, but their impact is truly felt. Bravo,’ one fan wrote on Twitter about the talented pair.

‘Y’all can we please take a sec to give a round of applause to Milly Alcock & Emily Carey?’ someone else wrote.

They added that Milly and Emily are the ‘biggest reason House of the Dragon has been so good’, emphasising how ‘lucky’ audiences are to ‘see them bring the story to life’.

Another fan praised the duo for delivering ‘the most iconic performances possible to the young Rhaenyra and Alicent’.

‘We will miss you but your performances will always be with us,’ they said.

While there’s sadness all around the fandom that the actors’ time on the series has drawn to a close, one fan said it was a ‘fitting end’ for their characters, as the episode depicted Rhaenyra’s wedding to her cousin, Laenor Velaryon (Theo Nate).

Nonetheless, there are some that are holding out hope that Milly and Emily could return for more flashback scenes in season two.

Ahead of episode five of House of the Dragon dropping, Milly shared a heartfelt post on Instagram marking the milestone, the first picture of which showed her and Emily sharing a tight hug on set.

‘I love u all I love u I love this!’ she wrote in the caption, as Ser Criston Cole actor Fabien Frankel commented: ‘You’ll be missed Kiddo.’

Clare Kilner, who directed episodes four and five of the season, added: ‘I love u Milly!! U intelligent funny, sensitive, creative wonderful human being!’

‘The last hurrah for us youngerz on @houseofthedragonhbo tonight. “The road ahead is uncertain, but the end is clear,”’ she wrote in the caption.

Olivia, who’s set to play Queen Alicent from next week, commented: ‘Big old shoes to fill pls just do it all you’ve been so great.’

House of the Dragon next airs on Monday at 2am on Sky Atlantic and NOW.