Home and Away actress Sam Frost has opened up about her struggle with anxiety attacks.

The 29-year-old plays Jasmine Delaney on the soap and first rose to fame following her winning appearance on The Bachelor Australia in 2014, before later appearing in The Bachelorette Australia.

Speaking to Aussie TV’s The Morning Show, she said: “It is just things like going to the gym. I can have a little freak out and burst into tears – I don’t even know what is so scary about it.”

She went on to explain that her anxiety can be so extreme that she sometimes has to leave the gym entirely, however she has begun to tackle the issue thanks to help from her psychologist.

“She helps me by putting tools in place to overcome those hurdles, and eventually get there in the end,” Sam continuing, adding that her family and friends provide a support network for her too.

“It’s nice to be able to have an open conversation with them and when I am struggling I can say [it] to them and they know how to support me.

“That is purely because I have an open conversation with them and that is why I can’t stress enough the importance of opening up and sharing how you feel with your loved ones.” 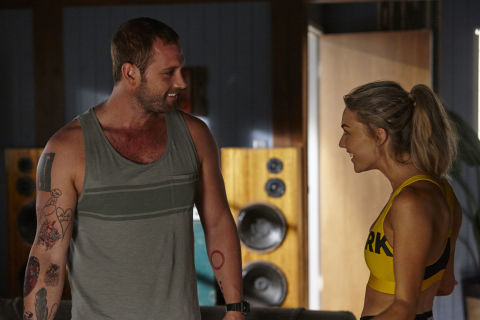 Meanwhile, in upcoming Home and Away scenes, Sam’s character Jasmine is heading for a world of romantic trouble when she finds out that Robbo is going to be Tori’s IVF donor.

Despite initially thinking that Robbo and Tori left town for a romantic getaway, she’s later shocked to learn that Robbo has agreed to have a baby with Tori, and she’s left hurt that he didn’t feel able to trust her with the information.

Not only that, but she also decides that it’s time to give up on trying to romance him, as she fears he’ll be too busy with a baby around. 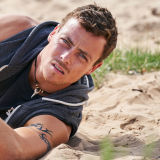 We would encourage anyone who identifies with the topics raised in this article to reach out. Organisations who can offer support include Samaritans on 116 123 (www.samaritans.org) or Mind on 0300 123 3393 (www.mind.org.uk).