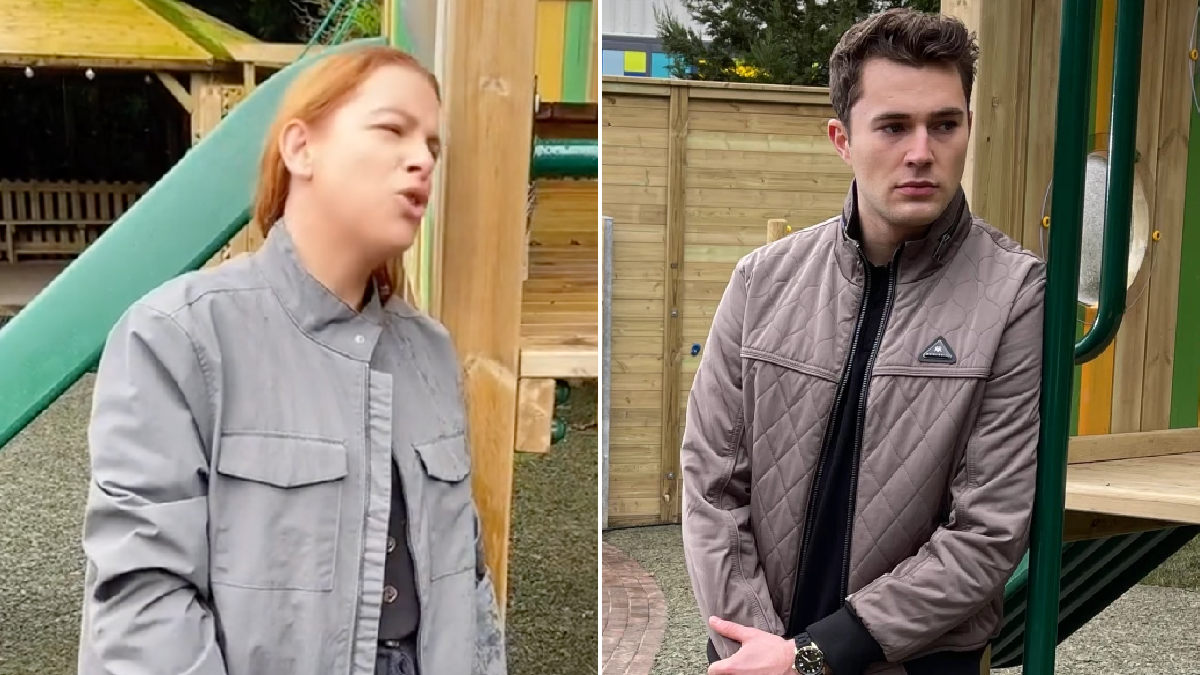 It’s hard to believe that it’s been a whole year since Hollyoaks aired what would ultimately become one of the show’s most famous moments of all time.

Love Island star Curtis Pitchard and real-life brother AJ made quite the impression on viewers last May when they rocked up in the Channel 4 soap, portraying devilish dancing duo Marco and Jacob.

With very little to say and a tendency to dance at any given moment, Marco and Jacob were thought to be quite the nice guys, but it soon came to light that they were dastardly schemers, plotting dance teacher Trish Minniver’s (Denise Welch) downfall.

Their most famous scene, without a doubt, saw the duo discuss the progress of their masterplan in the show’s new park setting.

In that moment, history was made, with Curtis’ delivery being replicated as people reenacted the scene on social media, where they will likely continue to do so until the end of time.

What a time to be alive. You just had to be there!

With a whole year having passed since the, quite frankly, iconic moment first hit our screens, Hollyoaks decided to mark the occasion with a little TikTok video, featuring actress Kelly Condron.

Kelly, who plays Zara Morgan, showed off her acting skills as she played both Marco and Jacob, mouthing the words in the short clip, which was shared on the Channel 4 soap’s official TikTok account.

The reenactment was so accurate, and Kelly was even wearing outfits worn by Marco and Jacob during their time in the show!

We have no choice but to stan.

AJ and Curtis left Hollyoaks shortly after their storyline was wrapped up. Their final scenes saw Marco and Jacob use their dance moves to get their hands on Trish’s little black book.

Afterwards, they stole all of her beloved contacts.

How was Trish after that betrayal? Livid, that’s how!

Hollyoaks continues Thursday May 12 at 7pm on E4, or catch the next episode from midnight on All4.