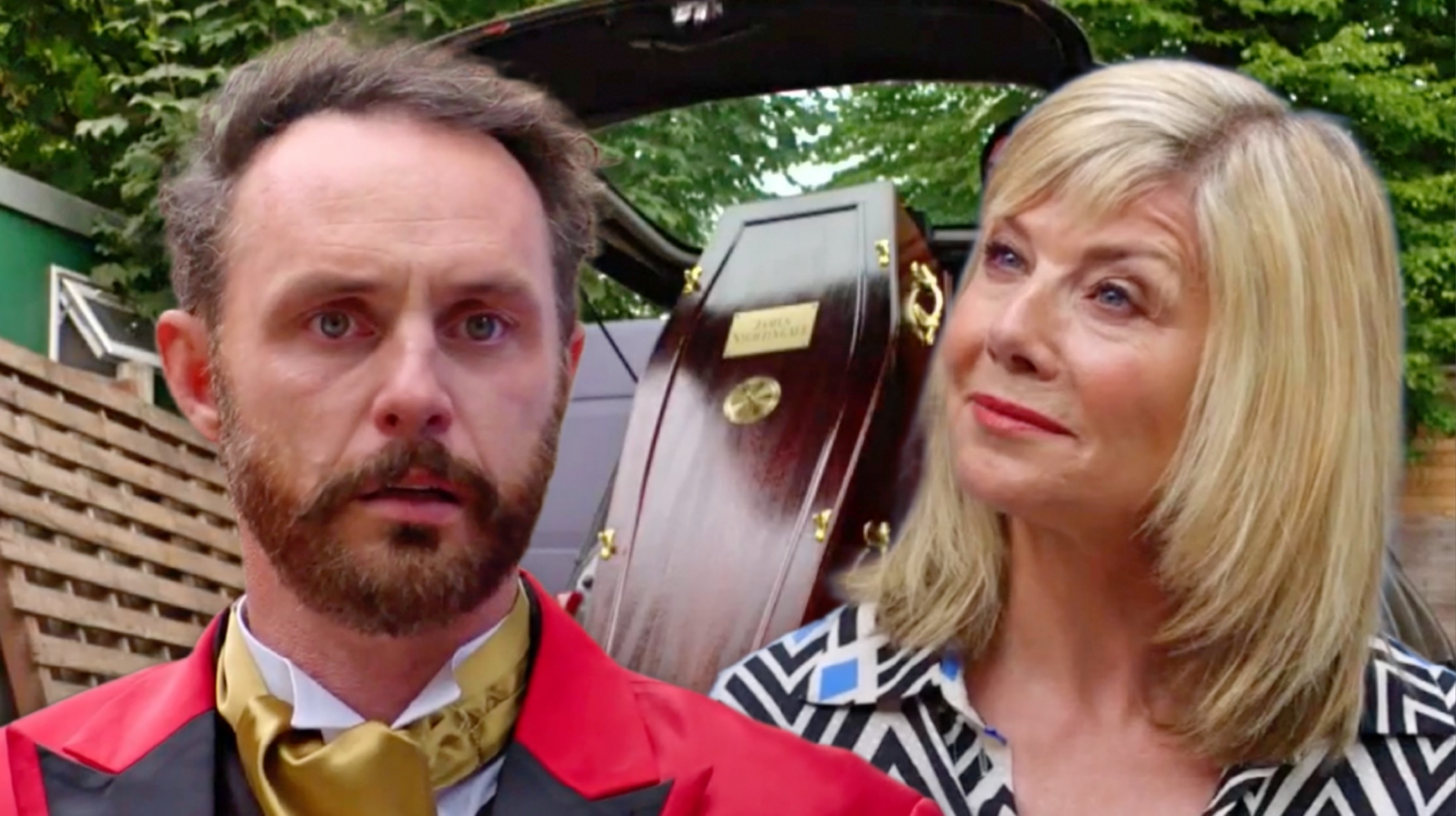 James Nightingale’s (Gregory Finnegan) troubles seemed so far away in Hollyoaks as he prepared to turn over a new leaf and start anew, but little did he know that Norma Crow (Glynis Barber) would soon scupper everything.

The lawyer, as viewers are aware, has had the toughest of years, after Marnie (Lysette Anthony) died in a horrific fire at her beloved establishment Salon De The.

He spiralled out of control in the wake of the atrocity, sought solace in gambling, before ultimately finding his way to Norma, offering his professional services to her in exchange for financial gain.

Little did he know at the time that aligning himself with Norma would prove to be the worst thing he ever did, but he soon realised first-hand what she was capable of and vowed to breakaway from her before it was too late.

James apologised to his loved ones for all the horror he’d inflicted on them, before resolving to report Norma to the police. He followed through on his plot, telling DS Lexi Calder (Natalie Anderson) and newcomer DS Amaral (Melissa Batchelor) all about The Undertaker’s dodgy ways.

But a huge twist revealed that DS Aamaral was in cahoots with Norma, and thus the gangster found out all about James’ betrayal, resolving to deal with him in an extremely painful way.

James, meanwhile, was determined to start afresh, and with the carnival putting everyone in a good mood, there were many reasons to be cheerful – one of which was the fact that Verity Hutchinson (Eva O’Hara) had given him back his job!

Armed with a newfound confidence, James resolved to win back Ste Hay (Kieron Richardson), admitting that he wants him back, before arranging to meet with him at The Dog carpark.

It wasn’t Ste that showed, however. It was DS Amaral and one of Norma’s cronies, who kidnapped him and took him to see Norma, who unveiled a coffin with his name on it!

The Undertaker made it quite clear that she intended to leave James to die inside the coffin as a form of revenge for his betrayal!

Will James die in a coffin horror? It’s confirmed that there will be at least one death during the week in question – could James be the unlucky resident to lose his life?

We, as ever, know the answer to that question, but we’re afraid we can’t tell you just yet!

Hollyoaks continues Wednesday September 28 at 7pm on E4, or stream the next episode from midnight on All4.