Actor Bob Cryer – who played the serial killing gangster in the Channel 4 soap – has revealed that while Glenn is definitely dead after the WAGs poisoned him, he may yet still get revenge from beyond the grave. 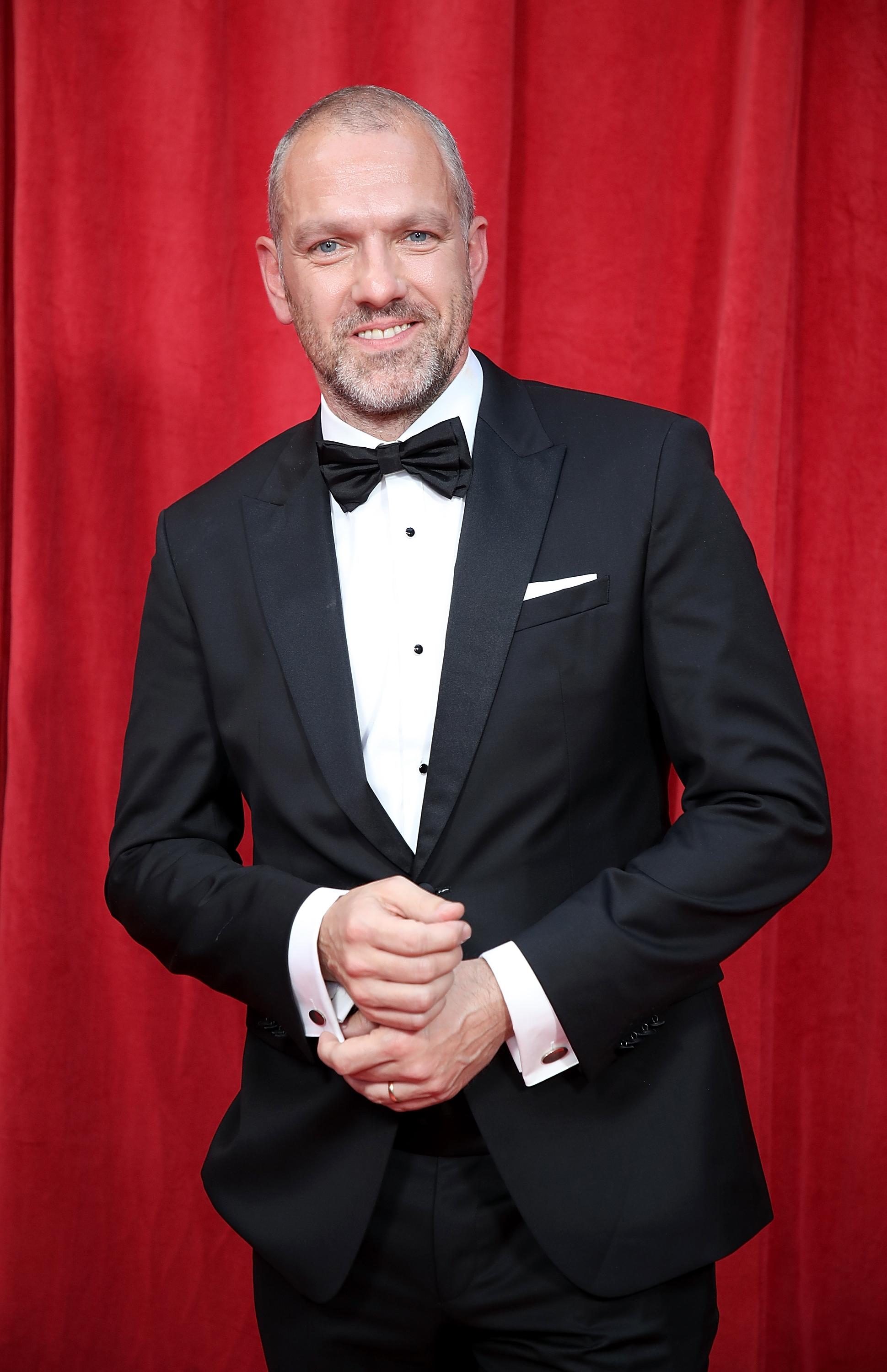 Viewers watched last night's first look episode as the WAGs finally took action and all poisoned Glenn at his own birthday party but with Hollyoaks seeing a host of dead characters return, the actor has insisted Glenn is gone.

"There's going to be a huge fallout," he said in an exclusive interview with The Sun Online.

"That's the risk they're taking for wrongful arrest and conviction and they've all put themselves in that position. It's very possible that one of them could take the rap for someone else."

Fans saw Grace, Simone, Courtney, Maxine and Kim all pour a vial into Glenn's pint, with the poison in one of them, during his birthday party, and they thought they had got away with it, until the closing moments of the episode when Liam noticed one of the vials near his dad's body. 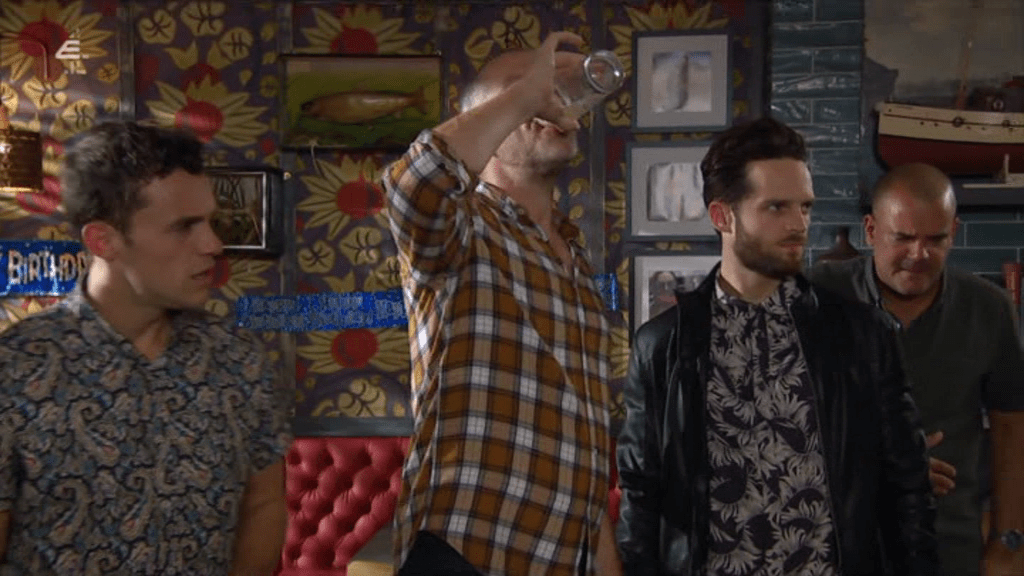 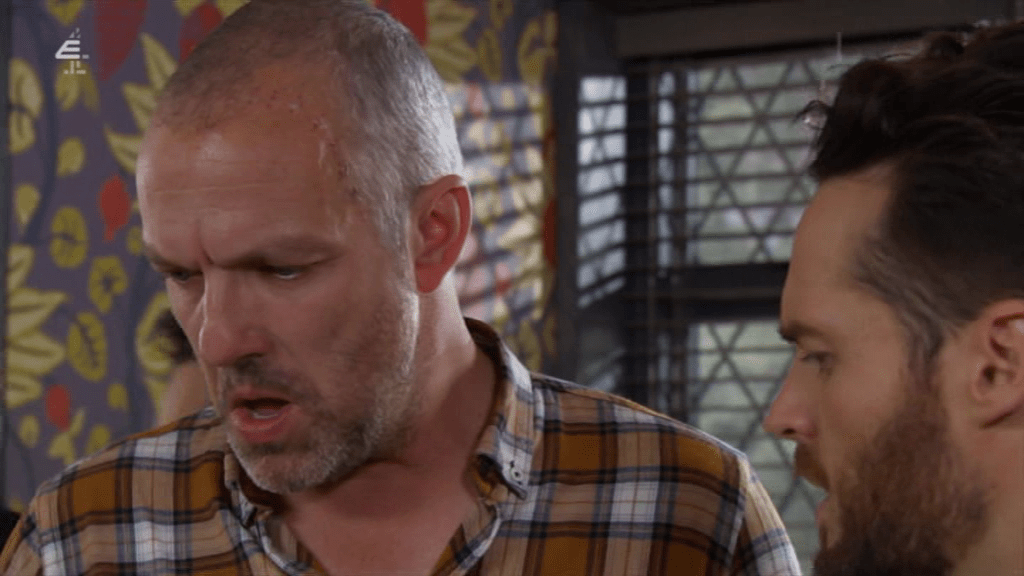 But even Bob doesn't know who ultimately killed Glenn and who Liam will be gunning for revenge against.

And Bob hinted that it could even have been someone else, saying: "He's pretty much pissed off everyone in the village."

He added that he would love for it to have been ultimately Grace to have done the deed, saying: "Grace because I've got such love and respect for Tamara. It would be the perfect way to cap her comeback, short of being in black bike leathers flipping the bird to Glenn." 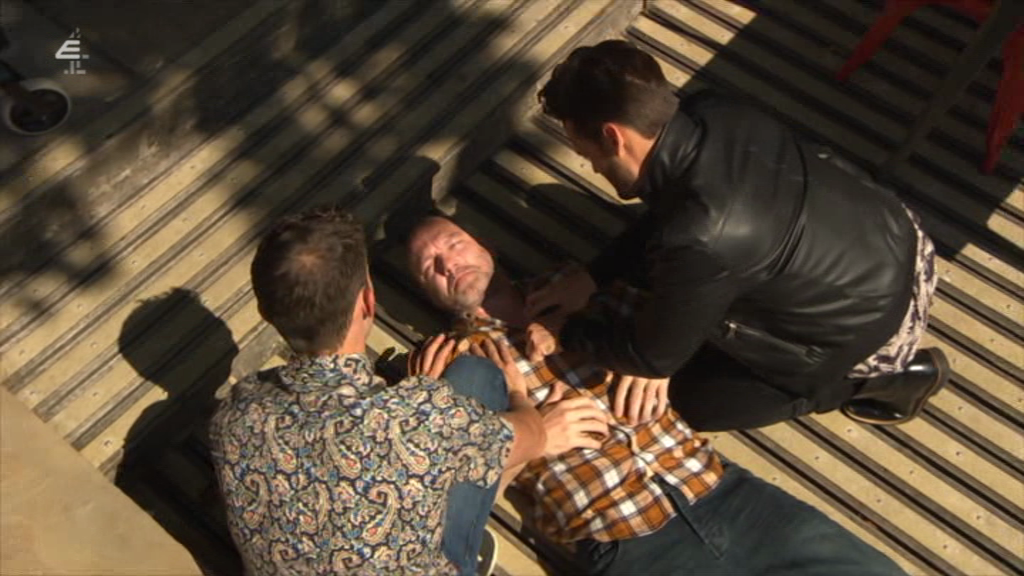 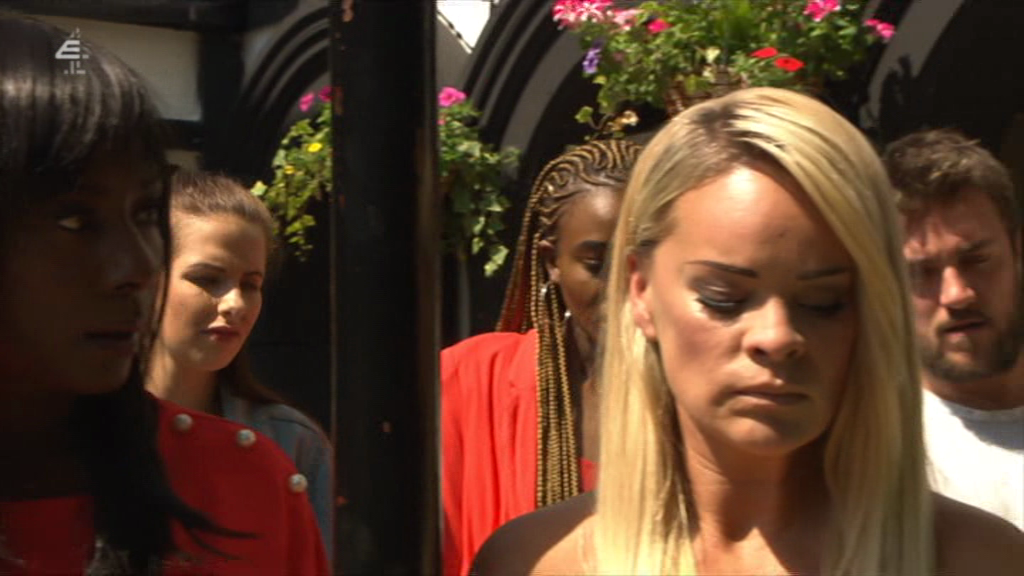 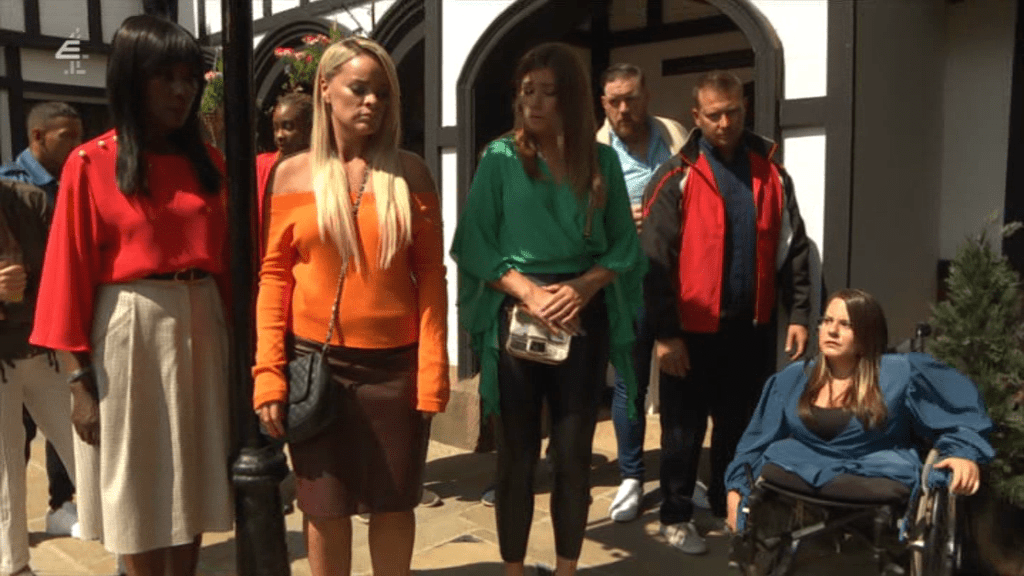 And he felt very strongly about Glenn dying as a coward rather than in an explosive event like next week's storm week.

He added: "There's the storm coming up and there was talk at one point of Glenn being part of that but it was always my view that that would be far too heroic and romantic a way to go.

"And actually what a b****** like Glenn deserves is to go in a very offbeat way by having his pint poisoned. And what a token male symbol and he had to down it in one too. It's reflective of Glenn too – he thinks he's in control.

"It was only a matter of time and that clock was really ticking from the moment he arrived in the village.

"The fact he'd already spoken to Grace about fleeing to Spain and he'd made up his mind that he wanted to go. Being who he is he wanted it to be on his terms and that's the great moment that at the last moment it's not his decision at all and he goes in a very un-heroic way. It's a fitting end to him, for me anyway."

But with Liam discovering one of the vials and beginning to suspect Kim, he will seek revenge for his father, but may discover more than he bargained for in the process. 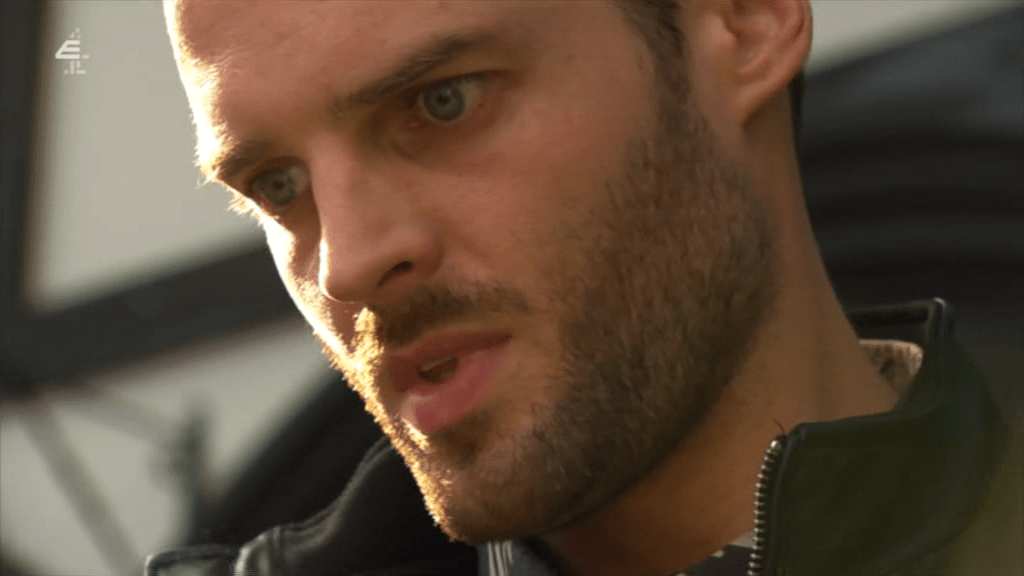 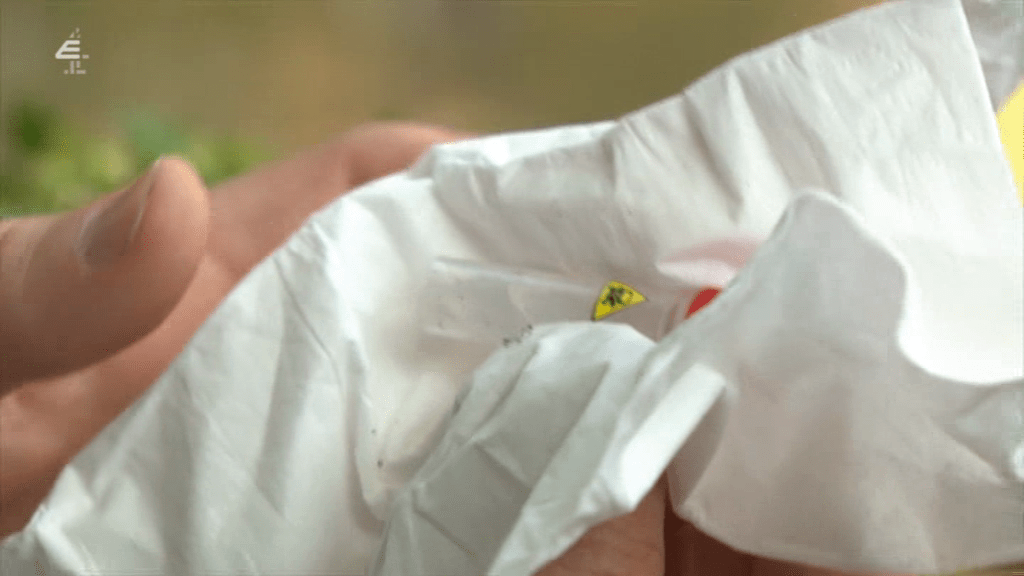 Bob added: "It's so brilliant for his first instance that he's killed someone before stepping foot in the village.

"He's definitely a chip off the old block and that's what Glenn wanted with Adam. He'll be taking over the family business before the funeral has even started."

But Bob also teased that Liam would eventually discover the truth about his evil father because the "truth always comes out."

And filming intensively on a soap hasn't put Bob off appearing in another one.

He said: "I've only got Emmerdale and Casualty to go to collect the full set but I'd have to have a long conversation with my family before I agreed to anything."

But before he can even think of going into one of the other shows, he will be recording a two-part adaptation of a book he co-wrote with his father, comedy writer Barry Cryer. 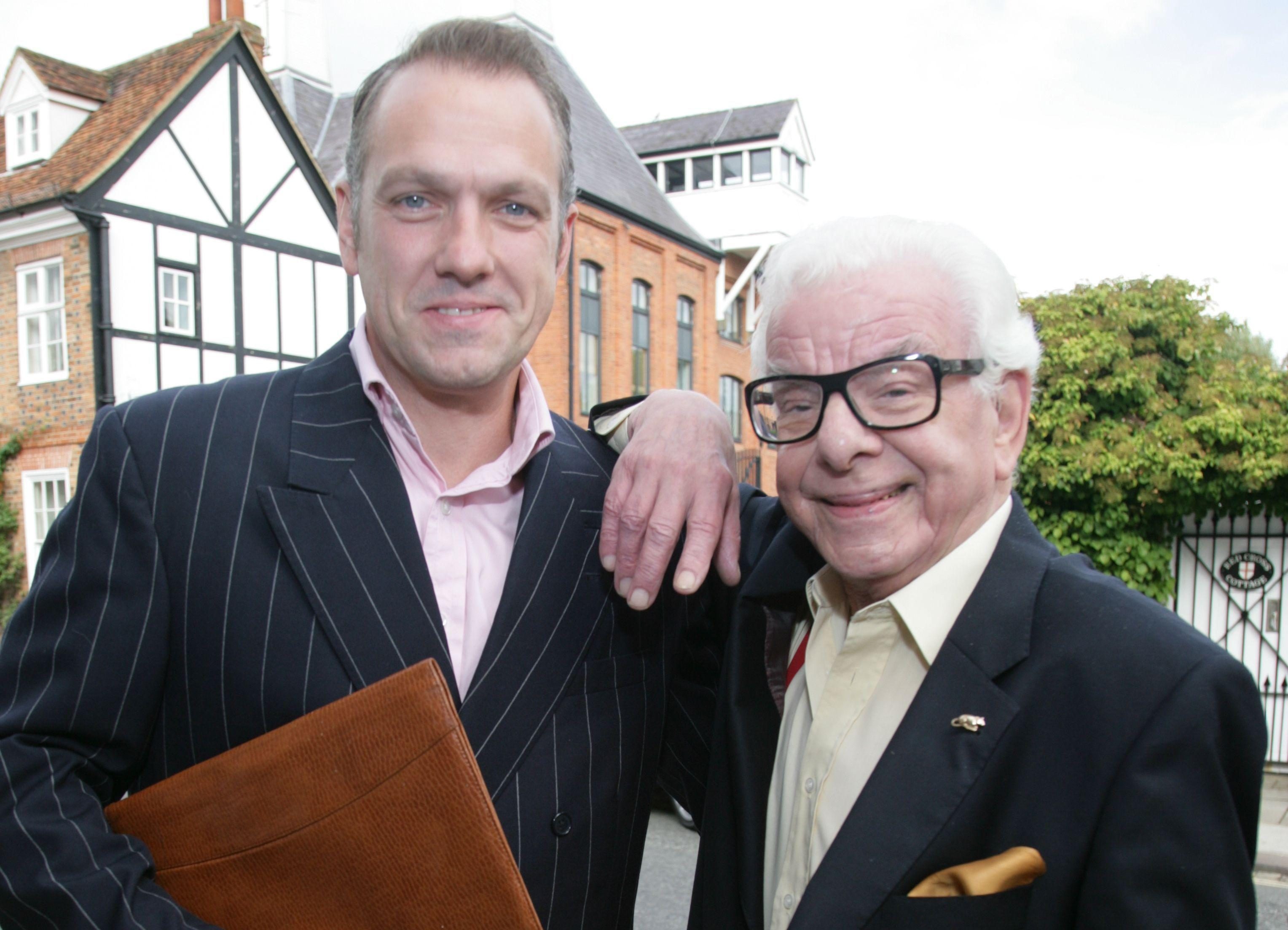 He said: "My dad and I wrote a book about Sherlock Holmes' landlady Mrs Hudson, called Mrs Hudson's Diaries and it's all about his cases from her point of view.

"My dad's a comedy writer who's been working on Radio 4 for longer than I've been alive and I'm delighted to say Radio 4 are going to air a two-part episode based on the book starring me and my dad and a couple of high profile names. We're recording it in two weeks time for the December 4 and the 11th."

And he's not ruled out a Hollyoaks comeback just yet, it is afterall Hollyoaks.

"Is he dead? Well I haven't booked a train ticket back yet," Bob said.

He added: "There's always the chance he could return but I think it would be beyond Glenn to stage a comeback, but you never know."