The 37-year-old, who is heading Down Under to present the show with Dec, was horrified as she had to guess what was in a series of boxes. 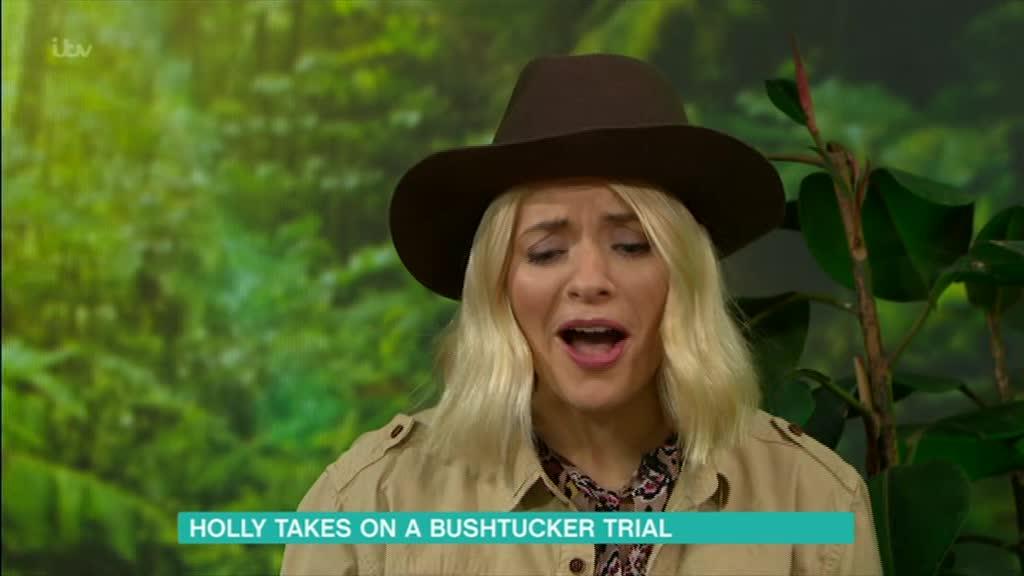 But little did she know she was being set up and she was in fact just touching a remote control spider, some kittens and Toff’s head.

In hilarious scenes, the presenter squealed and squirmed as she was made to guess what was in them – only to discover it was nothing scary at all.

After her fake trial, Holly was presented with box of English goodies, before she said goodbye to Phillip and the audience at home.

She said: "I am going to miss you all so much. I will be back soon." 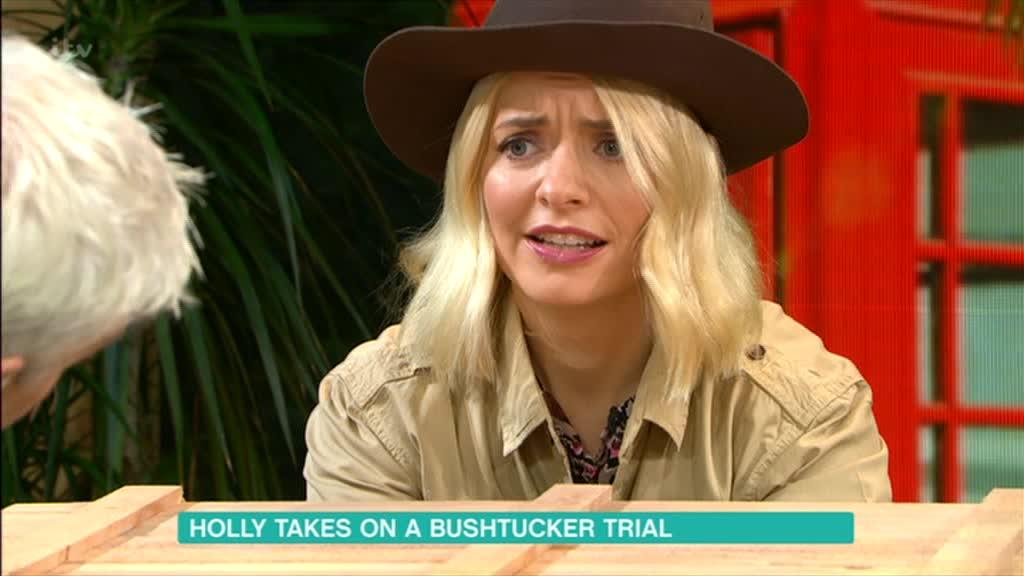 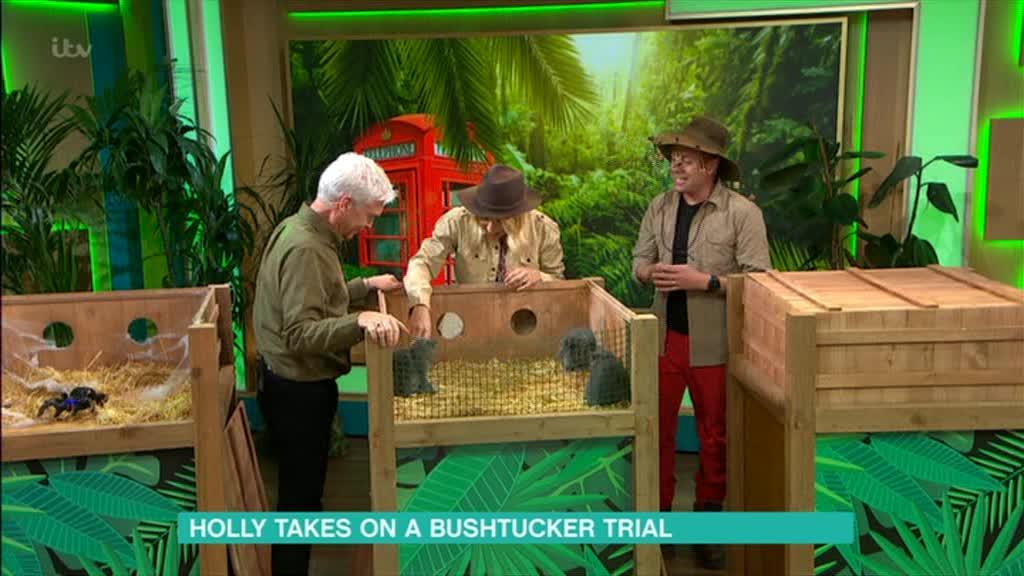 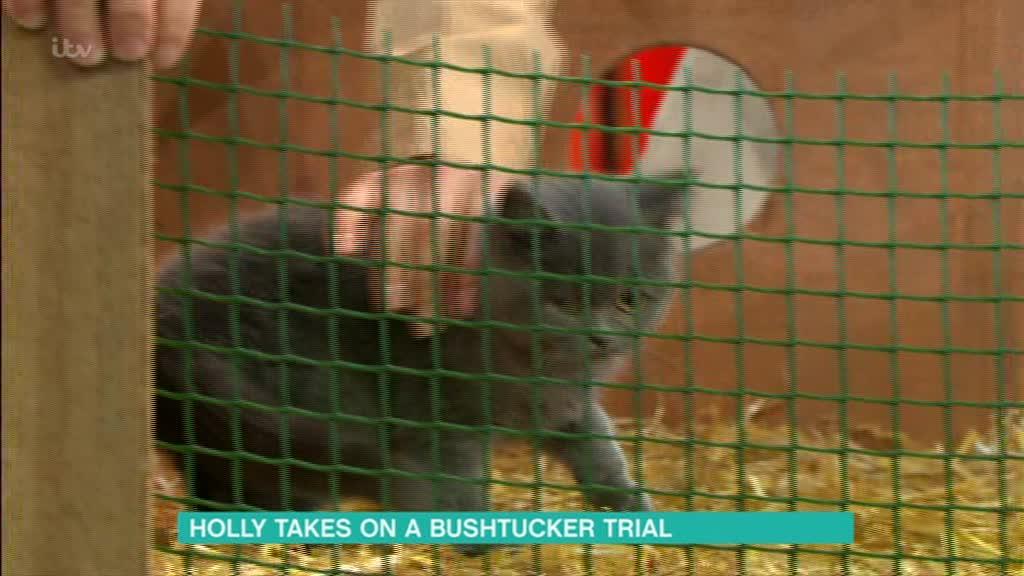 Earlier in the show, she shared a cuddle with her TV husband Phillip Schofield who was upset about saying goodbye ahead of her I'm a Celebrity stint.

Holly will replace Ant McPartlin who has temporarily quit TV to focus on his health.

Kicking off the start of This Morning, Holly said: "I can't believe it's come around so quick".

But the thought of Holly leaving left Phil feeling upset.

After he pulled his bottom lip out, co-host Holly rushed to comfort him, shouting "don't, I'm going to miss you!" 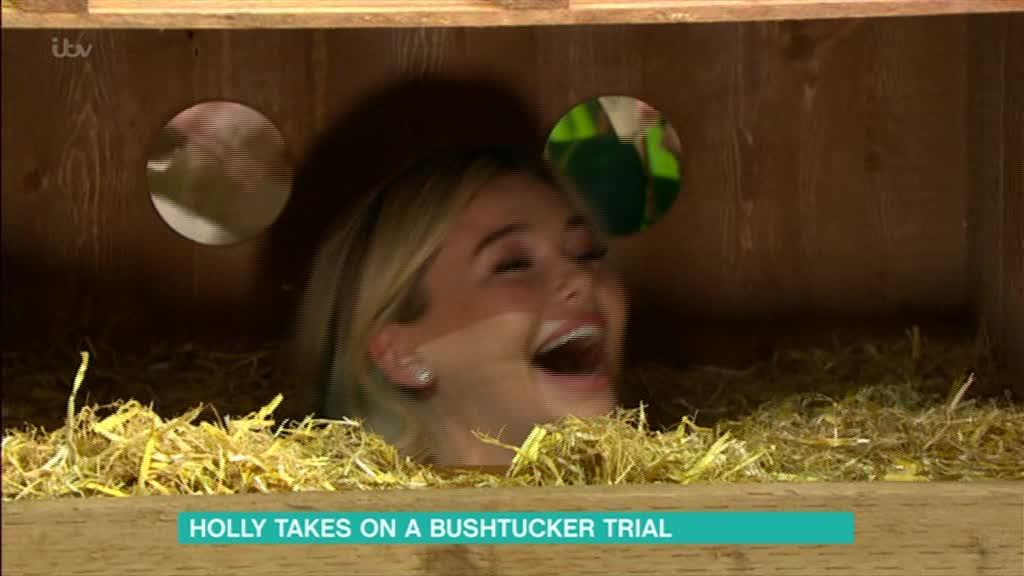 Holly's shoes will be filled by Rochelle Humes from after the Half Term break.

She was offered a massive six-figure deal to work alongside Declan Donnelly in Australia following Ant's drink-drive conviction.

The TV presenter has already claimed her fear of creepy crawlies will make her I’m A Celeb stint a "disaster". 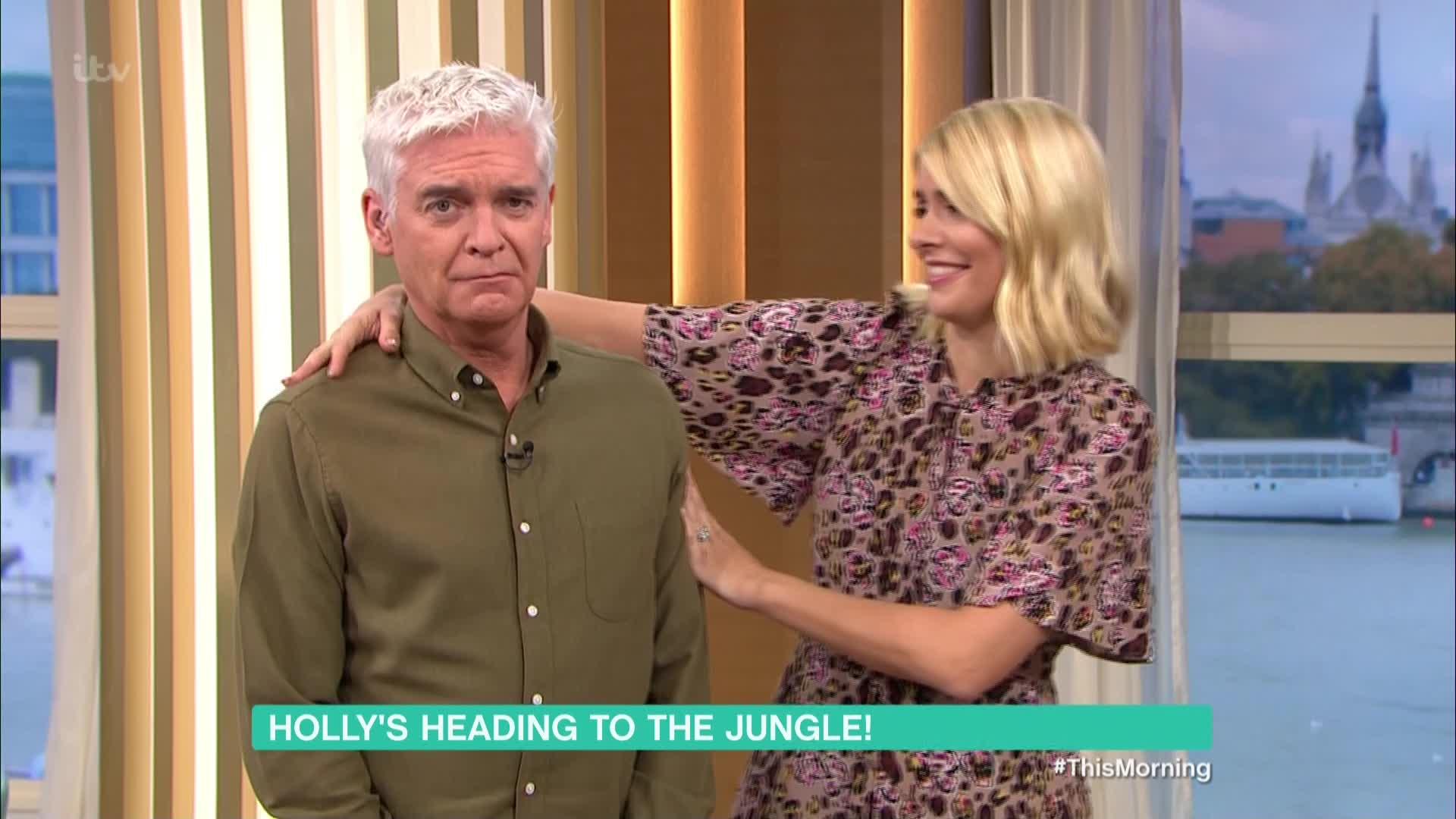 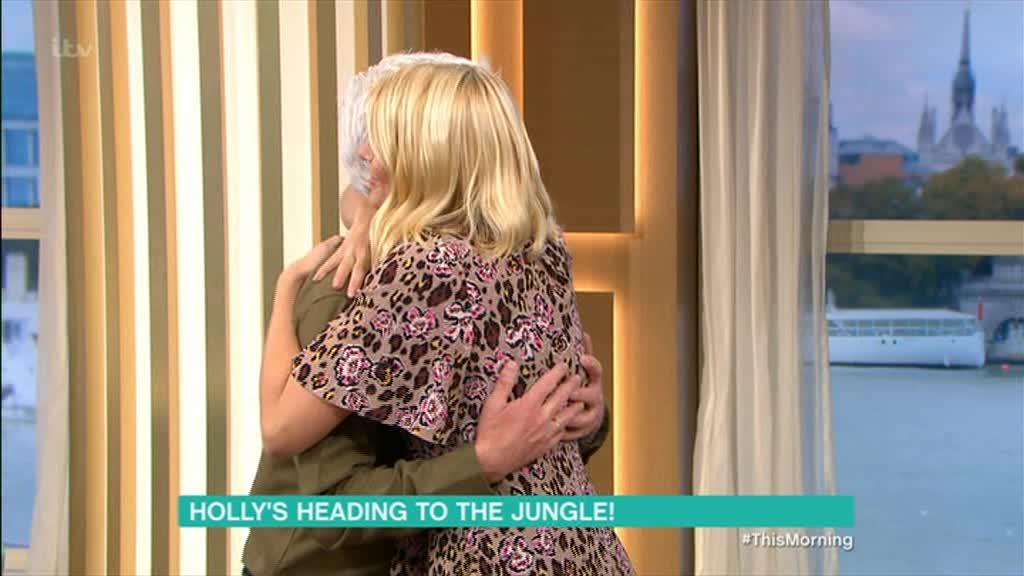 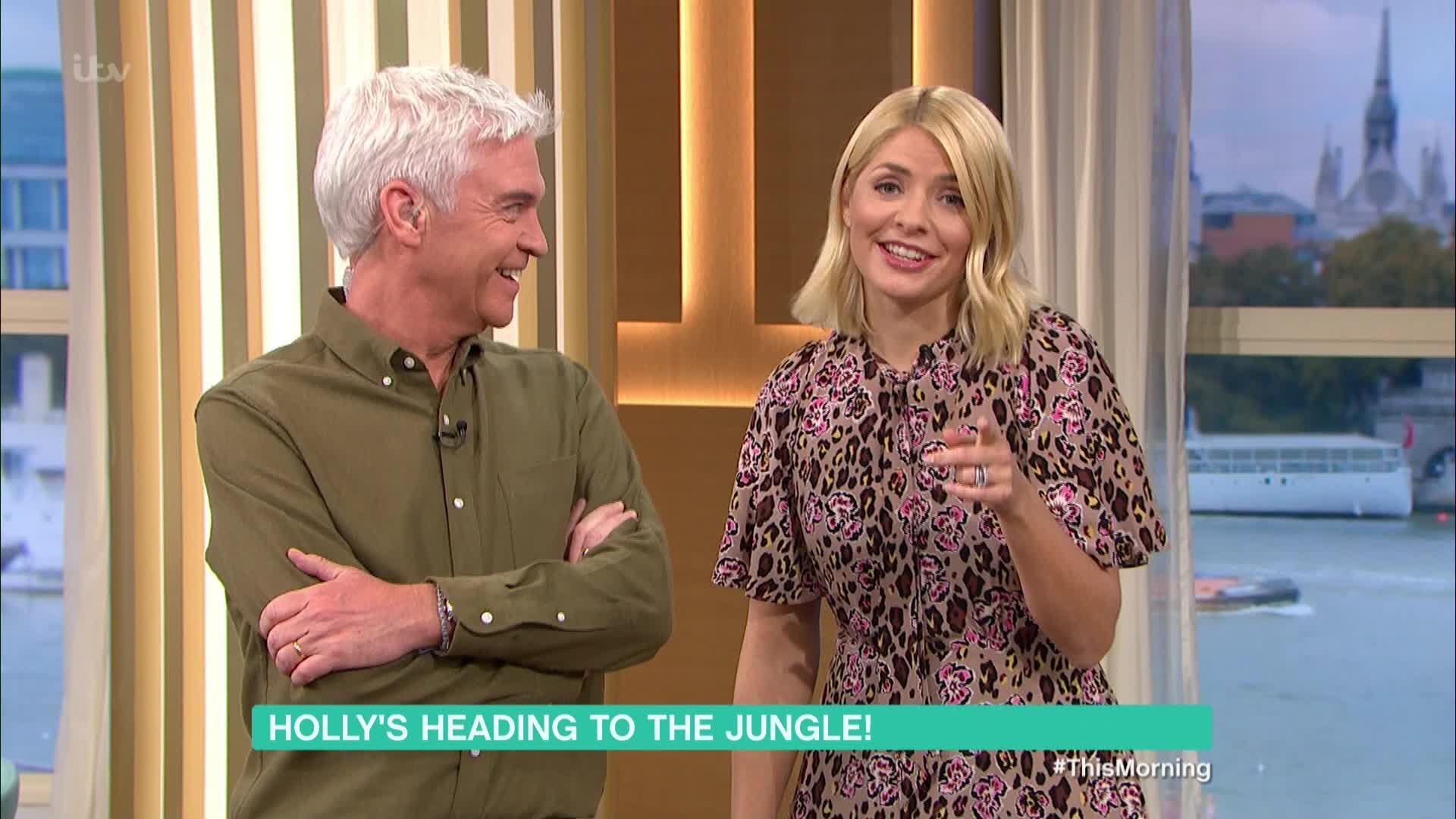 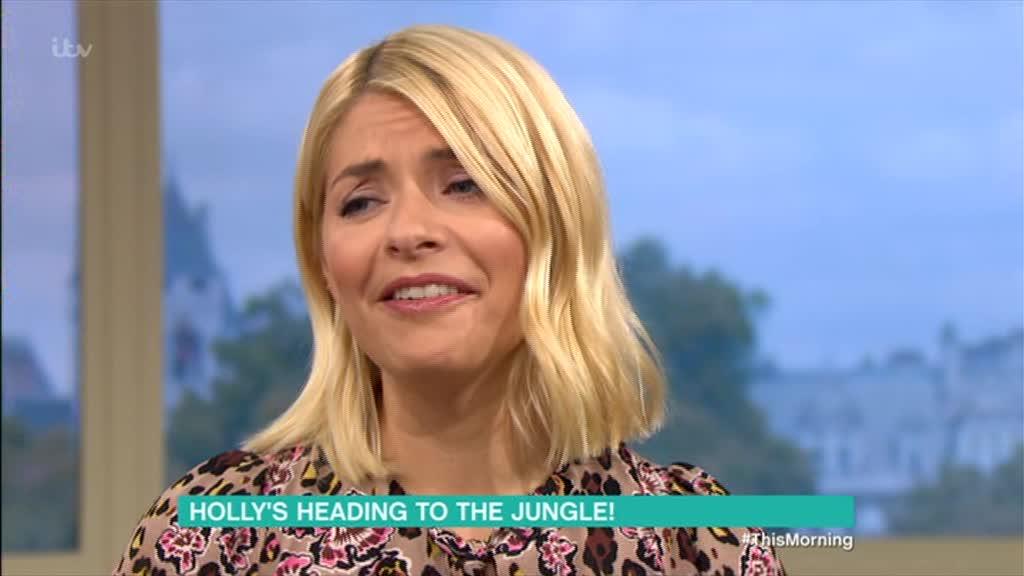 "At the end of the show Holly will be completing her own live BushTucker trial."

Holly replied: "You do know how the show works, don't you? I just go and watch other people do it.

"Essentially it's just like me watching it at home on the telly."

But an unconvinced Phil said: "Where's the fun in that? You've got to know what it feels like. And we all want a laugh!"