Holly Willoughby shuts down co-star as they beg for a kiss: ‘Still a no’

Holly Willoughby blasted Celebrity Juice host Keith Lemon when she appeared as a team captain for the last time on the ITV show. The presenter admitted he would miss the team captain after she announced she was stepping down from the show after 12 years. But the cheeky host couldn’t resist making an inappropriate comment as Holly confirmed she would return as a guest in the future.

Earlier this month, Holly took to social media to announce her departure from the ITV2 panel show before appearing as a captain for the last time via video link on Thursday.

The This Morning presenter’s appearance was filmed during lockdown and included a compilation of the series’ best bits.

Holly and Keith were joined by team captain Mel B and guests Joey Essex and John Barrowman.

As the pair reminisced, Keith asked: “We’ve had some fun times over the past 12 years, haven’t we?” 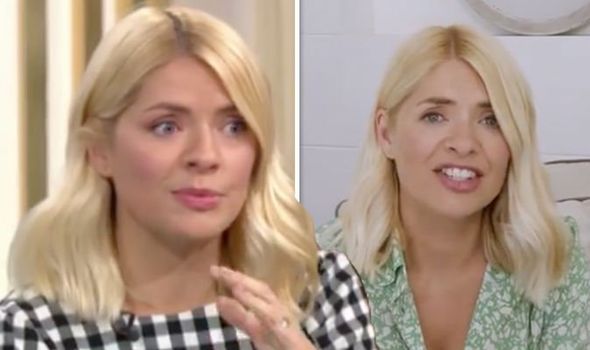 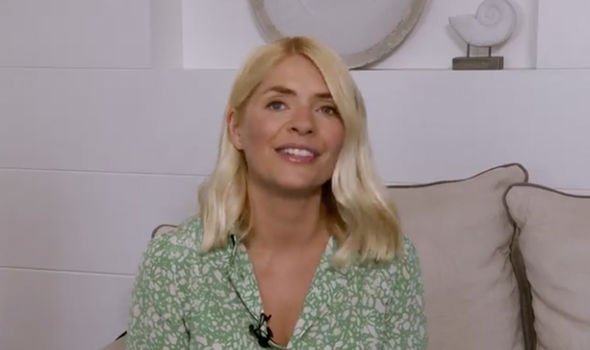 “We really have we’ve laughed a lot,” the This Morning host echoed.

“Will you come back and make special appearances on my birthday and stuff like that?” Keith asked.

“Absolutely, try and keep me away I will be back obviously I won’t be team captain anymore,” Holly confirmed. 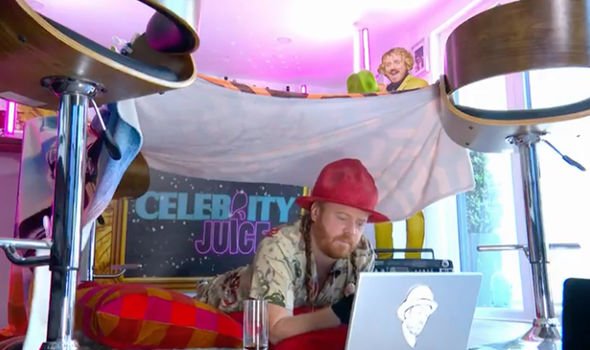 “Obviously that role will go to somebody very very lucky but I’ll come back.

“I’ll be on the panel I’ll come and play stupid games with you.”

“Cool and sometimes when you’re really drunk can I get off with you still like we used to after the show?” Keith asked.

Shutting the host down, Holly said: “Nah, still a no.”

Holly has been a team captain on the outrageous panel show since it began in 2008 with Keith as the host.

Fearne Cotton completed the line-up but was replaced by Paddy McGuinness and then Mel B when she left in 2018.

Over the last 12 years, Holly has been temporarily replaced by the likes of Gino D’Acampo whilst she was on maternity leave.

Announcing her departure, Holly took to Instagram and said: “Thank you @celebjuiceofficial for 12 years of fantastic chaos… I can’t quite believe what we’ve done and how quick that time has gone.

“Thank you to you all for watching..we’ve always had the loudest and best audiences.

“Over the years the production team has changed, however to anyone lucky enough to have worked on the show, they will know that we really do have the best time, it’s never felt like work and always been to me like a night out.”

She continued: “Thank you for all your ingenious ideas and hard work…all good things must come to an end and nothing lasts forever…It’s time for me to hand over my team captain seat to some lucky lucky person… whoever that is, know you are about to get one of the best jobs in telly working with one of comedies finest…@keithlemon.”

Celebrity Juice is available on the ITVHub.