The telly host was left terrified during the Halloween skit on the hit ITV show. 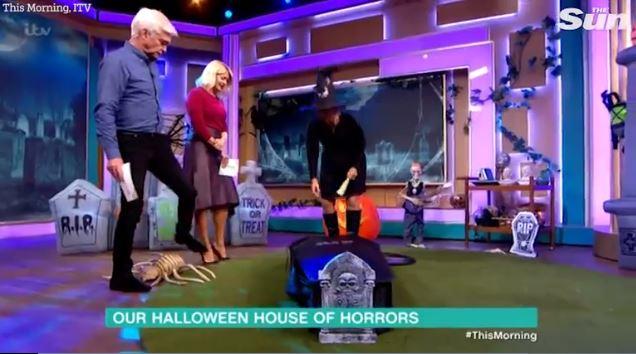 In the Halloween House of Horrors special, Holly and Phil get taken through a look of the best props for the spooky holiday.

After checking out some inflatable headstones Holly and Phil were lead over to a coffin where Holly noted:

"I'm not sure about a coffin."

Before someone dressed as a skeleton popped out of the coffin laid on the floor. 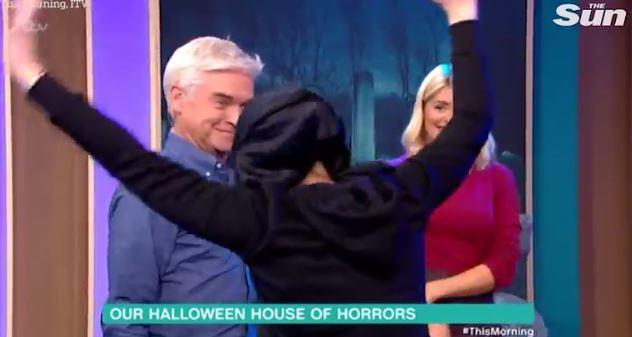 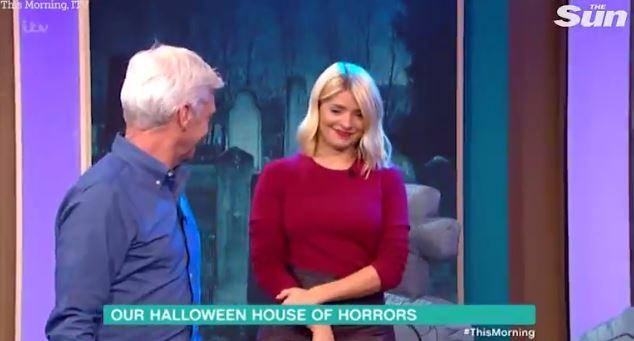 Clearly taken unawares, Holly yelped "Is there someone in it?"

She commented: "You'd been in there for ages" before noting why the dog was sat beside the prop.

Poor Holly didn't have an easy ride, later on she was given another fright by a zombie jumping out of a door at her.

After bursting through the door Lurch the zombie took an unwanted shining to the blonde bombshell. 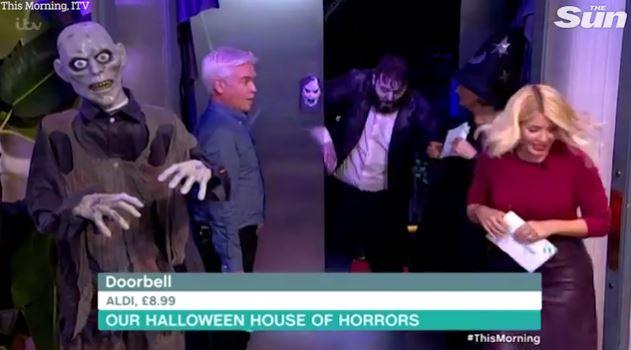 But unfortunately the feeling was not requited as Holly shrieked: "Make him stop."

Self-professed Halloween-lover Holly is no doubt a fan of the kiddie-favourite holiday because of her young brood.

And she's looking to expand her family of five with another little addition. 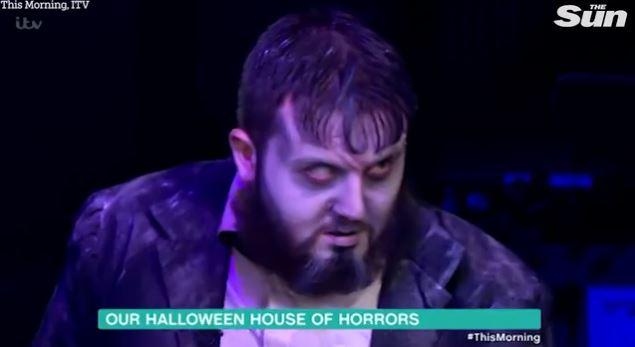 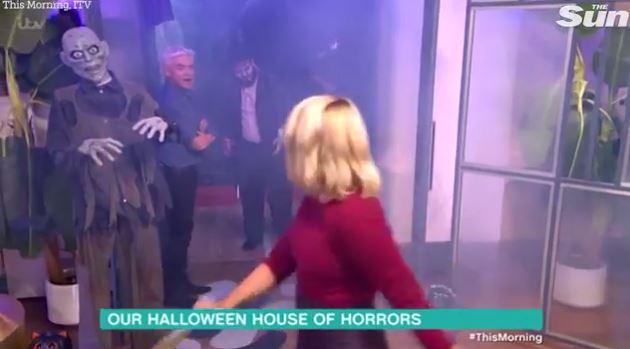 Holly has previously said she was unsure about having another child but now it seems she is wavering.

In an interview with The Daily Star, Holly said: “I’m always broody.

“Part of me wants another baby but part of me thinks that’s not a good enough reason!

“I’ve almost decided not to…but not quite.”

Her admission comes just weeks before she heads to Australia with Harry, Belle and Chester.

The This Morning star is standing in for Ant McPartlin on I’m A Celebrity after he decided to take an extended break from the spotlight.

Her three children will be by her side, as well as her parents, for the big TV gig.

Speaking to Stella Magazine, Holly explained: “From the point I said 'yes' my whole focus has been working out the family logistics.

“The kids are coming out to Australia so we’ve had to organise tutors.

“My mum and dad are joining us and Dan will fly back and forth.”