HOLLY Willoughby revealed her biggest hair disaster while showing fans how to dye their own hair at home.

The TV star, 39, revealed she accidentally dyed her hair red after experimenting with spray in bleach. 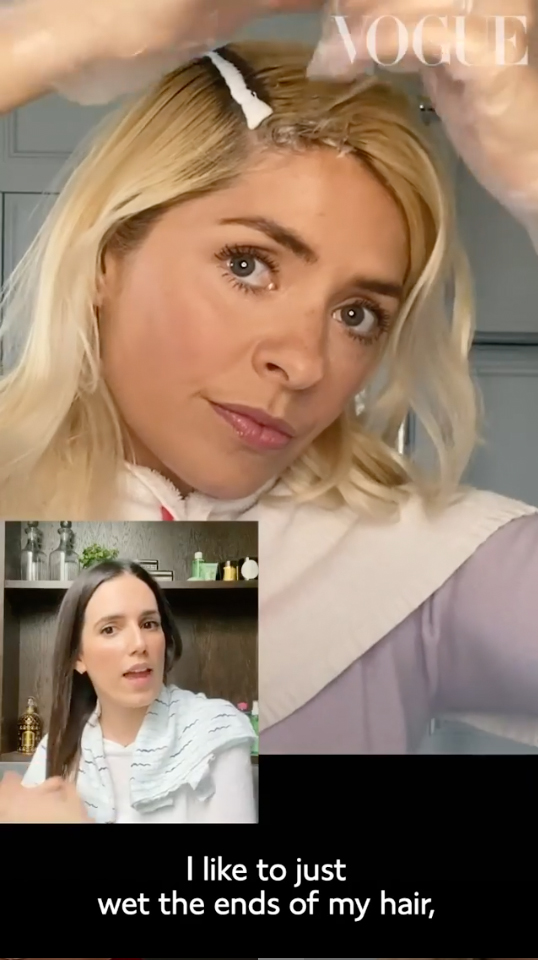 "I went red by accident when I was much much younger and you want to experiment with your hair," she told Vogue's beauty and lifestyle director Jessica Diner during a video call.

"I'd gone blonde by using one of those beach spray blondes…

"So I came back home and was like 'Oh I'd better just put this dark hair dye over the top.'

"And obviously, I'm not a colourist but that was disaster, It' didn't go brown it went red. and not a nice red and I had to stay like that until the colour grew out." 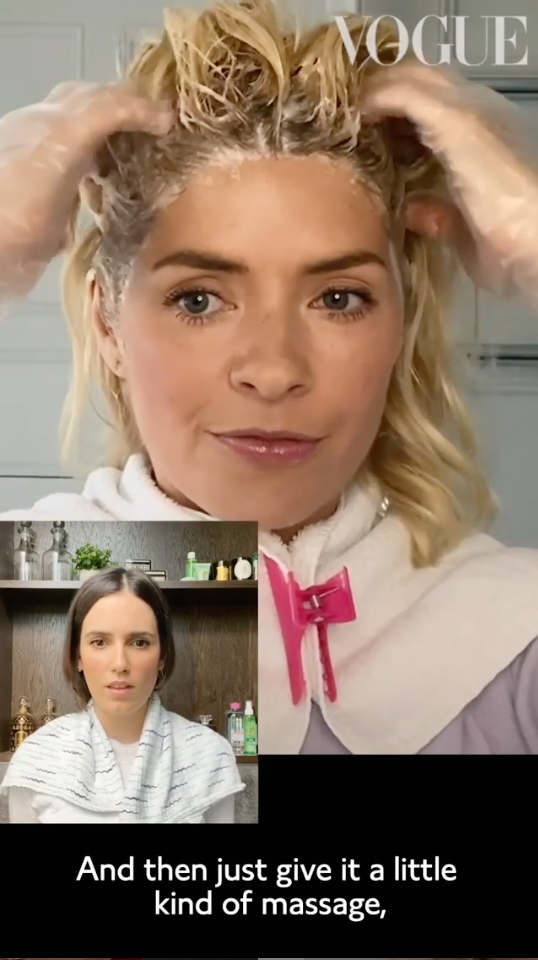 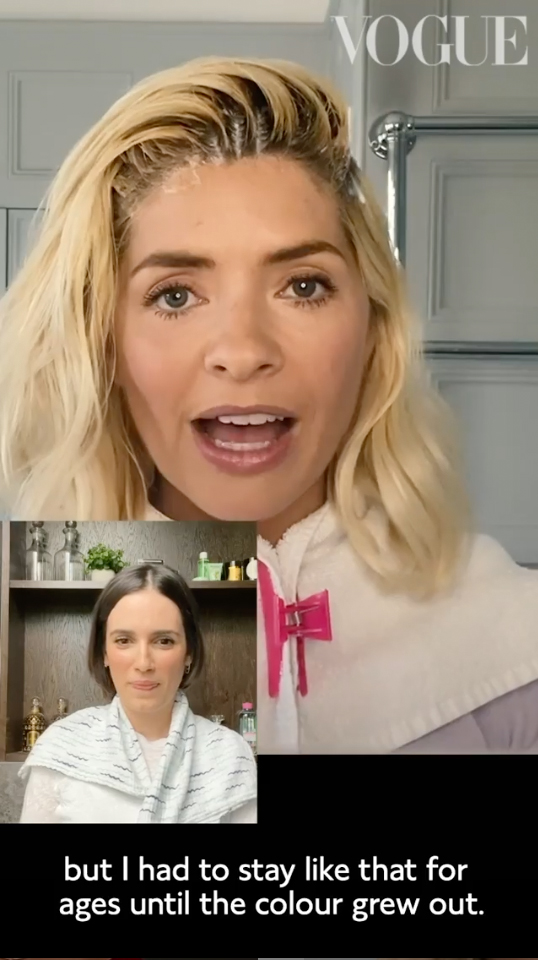 Holly took part in a new tutorial as part of a promo for Garnier with Vogue magazine and went through the process of dying her hair at home.

"For anyone that's home colouring for the first time, remember to do a patch test," she said.

"As everyone's different, everyone's skin reacts differently. So just a little patch test 48 hours beforehand. Just to make sure you are safe."

Dismayed with her appearance on the call, she said: "I mean I look fit right now, but I'm going to be a beautiful blonde by the end of this..

"I look like… have you ever seen a cat when it falls in the bath and it looks like it's got a really tiny head." 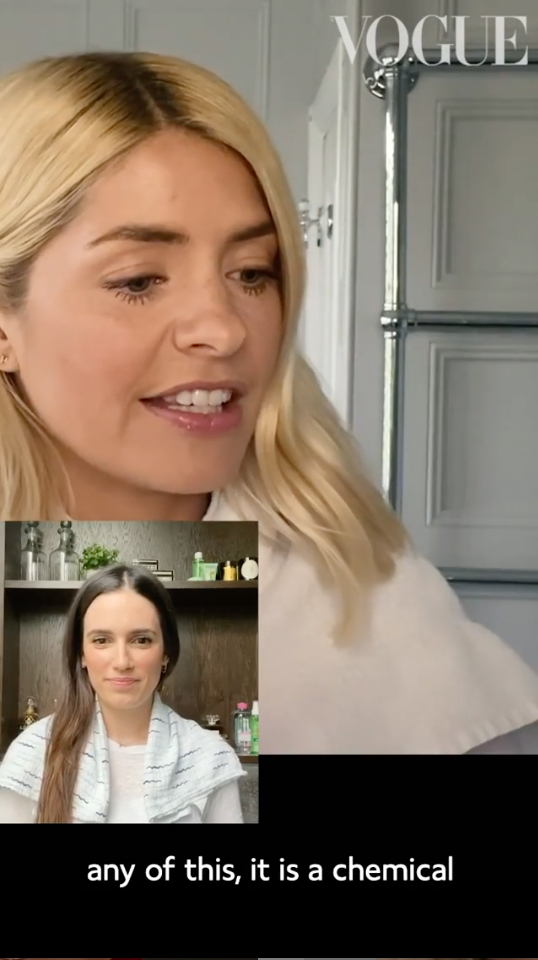 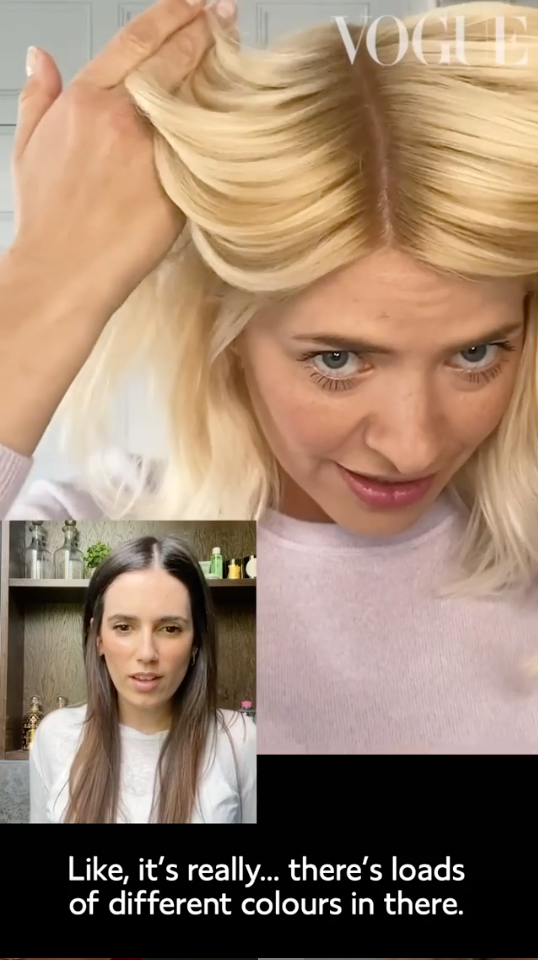 She also opened up about her skin routine and revealed she's taking better care of herself as she prepares to turn 40 next year.

"I'm not brilliant at stuff like that [facials] I don't have tonnes of time," she said.

"I'm more likely to stick that [an eye mask] on my face then go downstairs and cook dinner.

"I'm going to be 40 next year so me looking after my skin is really important."

It's not the first time Holly has shared her beauty and hair secrets.

Last month, the This Morning star, who promotes Garnier Nutrisse dye, took to her bathroom to open a box of the product and demonstrate its use. 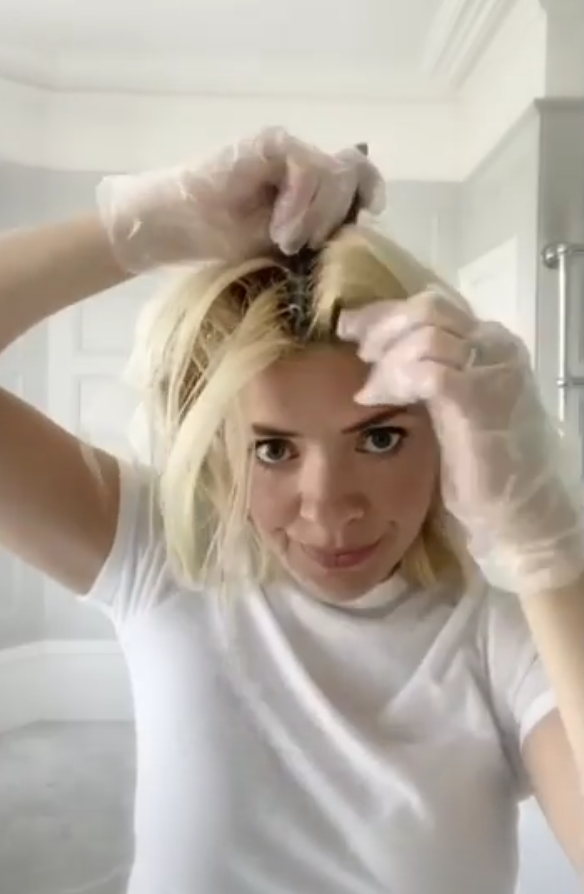 Wearing a plain white top, Holly pulled on some plastic gloves and combed the dye through section by section.

After a blow dry she runs her fingers through her hair, and said: "No roots, no disasters."

Giving her followers some background to the tutorial, she wrote: "Tomorrow morning on @thismorning I know I will get an awful lot of questions asking how come I’ve managed to get my hair colour done whilst we are in lockdown (roots were getting out of control!)… 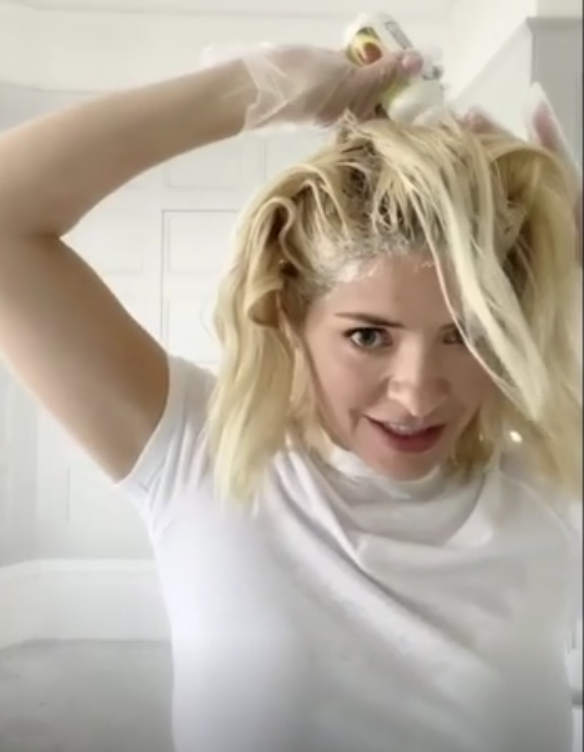 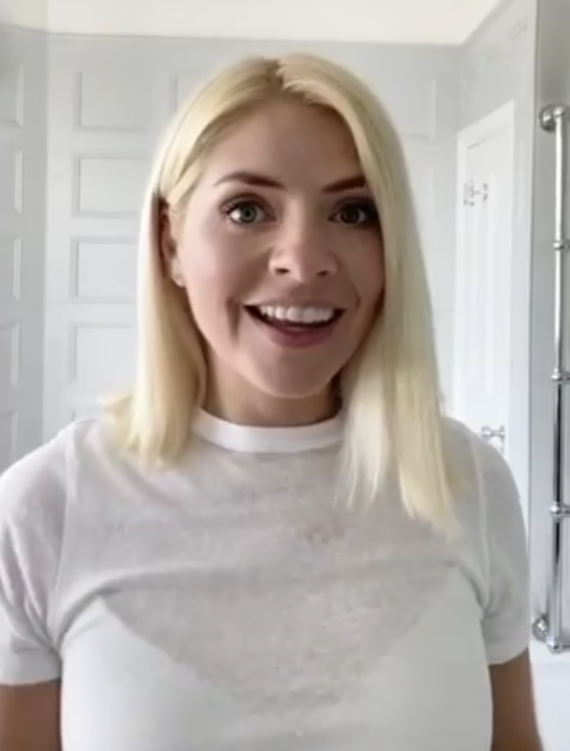 "Do I really use @garnieruk to tint my own hair and if so how do I do it?…

"Hope this helps if you are considering home hair colour for the first time … Always do a patch test and follow the instructions." 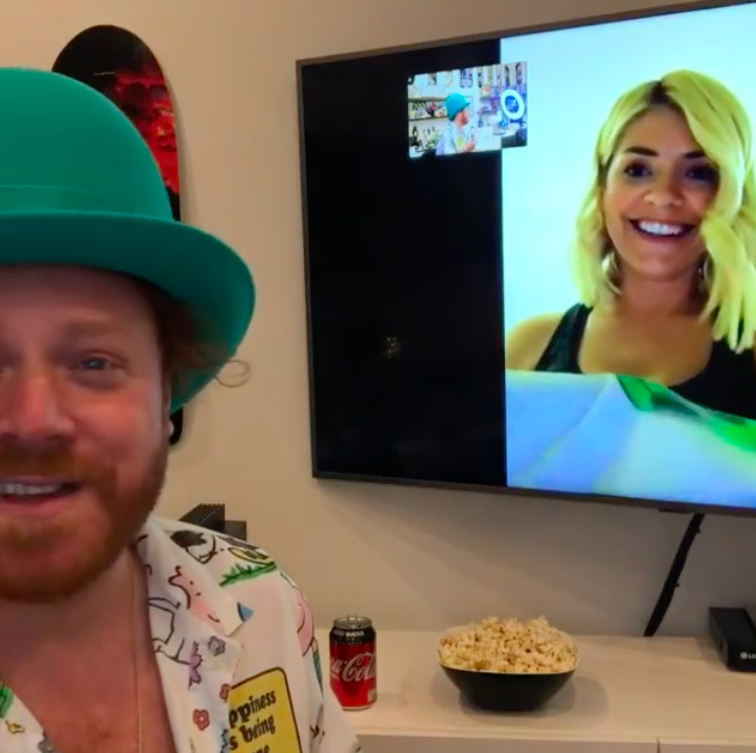 The ITV darling's post came after she hilariously revealed she "hasn't stopped drinking" and suffered "worst hangover of 2020" while isolating at home with her family.

Holly was the first guest on Keith Lemon's new internet-only show and admitted – like the rest of the country – that the coronavirus pandemic has affected her alcohol-intake.

The presenter said she was even "clock-watching" until it felt the appropriate time to start on the booze. 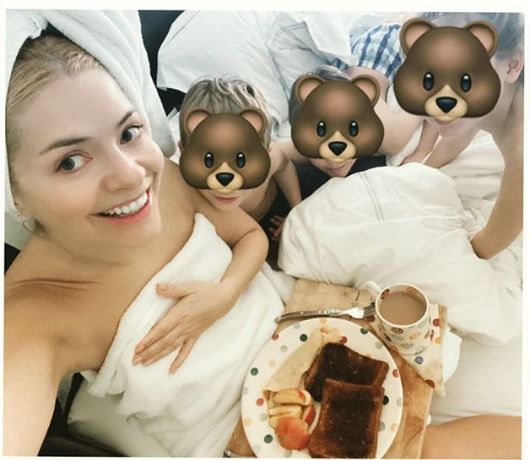 "I haven’t stopped," she told him. "I literally clock-watch. I go, 'Is it time to have an Aperol spritz yet?'"

Holly added: "The trouble is, you’ve got your own bottle of wine – it’s not like you’ve got to go to the bar and get a drink or whatever.

"I woke up on Sunday morning and it was like the worst hangover of 2020."

Holly revealed all about the trials and tribulations of lockdown as she chatted freely with her Celebrity Juice pal.

While filming, the mum-of-three was doing the laundry around the house and reveals she thinks the washing machine has a ghost because socks always go missing.

She is being kept busy as she looks after her three children while they're off school as well as continuing to host This Morning.