THIS Morning's Holly Willoughby and co-host Phillip Schofield collapsed into hysterics after mistakenly believing a fashion guru was talking about a model's "camel toe".

The pair rocked with laughter after the misunderstanding, which came about when expert Shane Chin referred to an overcoat having a "camel tone". 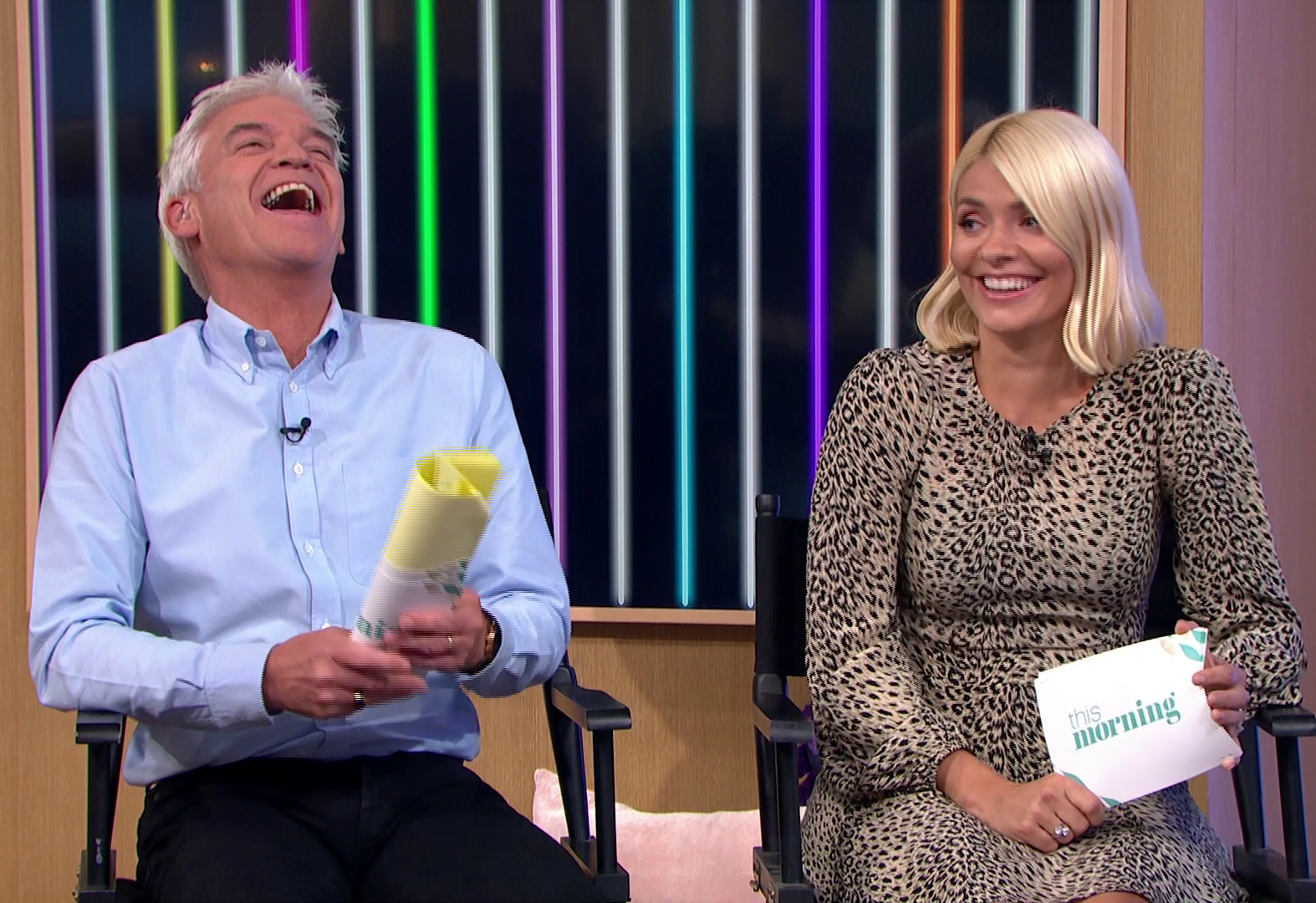 Holly and Phillip instantly burst into laughter, with Phillip throwing his head back while Holly admitted: "My eyebrows did go up."
Smiling, Shane then threw his arms opens and cried: "Holly, come on!"

Blushing, the presenter then apologised and tried to steer the conversation back to the fashion segment, saying: "The next one is really smart too." 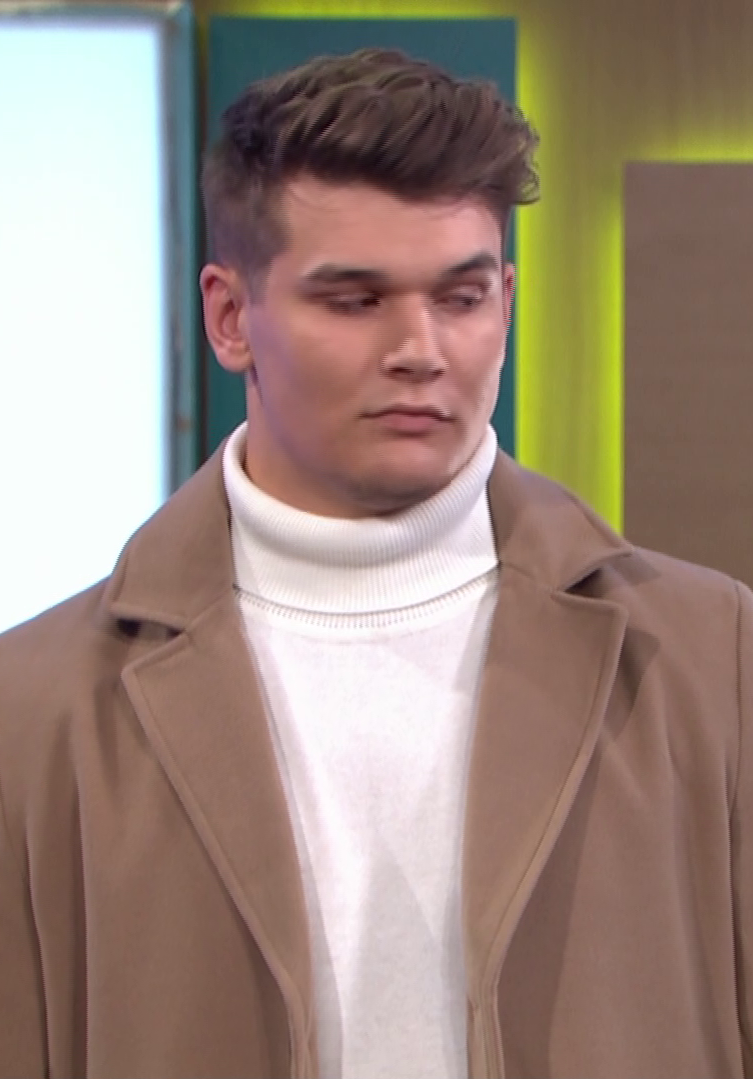 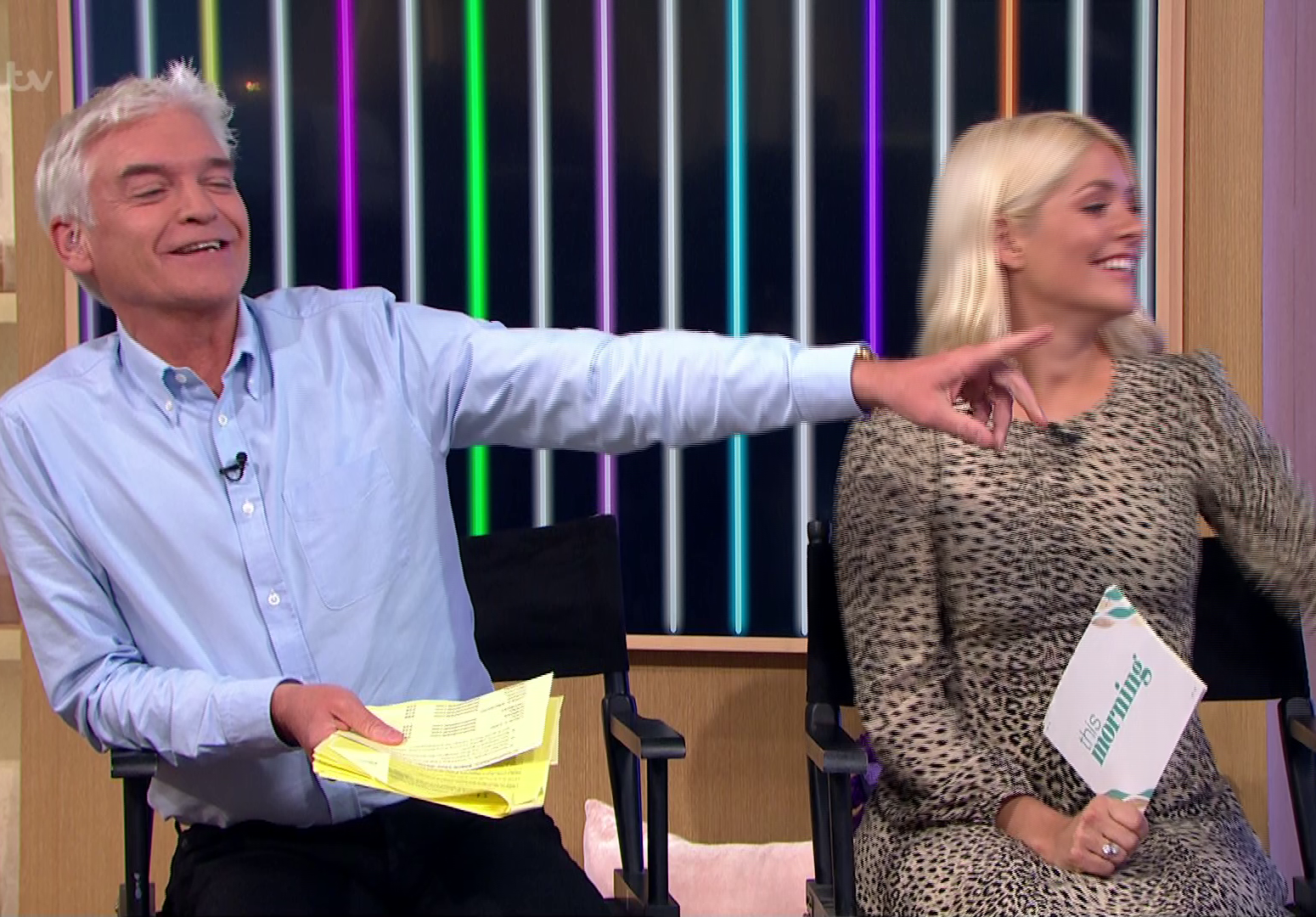 Earlier in the show, Holly said she was left feeling "numb" after she and Phillip tried out a 'gong bath' live on air.

The pair were taking part in a new wellness trend that involves sound therapy and a giant gong being banged over your head to send vibrations through your body.

Holly and Phil then lay on the floor, the studio lights were dimmed and the treatment – which costs around £20 a session – began.

"I will have a sleep now," Phillip joked, as Leo told him: "No snoring."

First Leo banged the larger of two gongs hanging from a wooden structure, before picking up a smaller gong and banging it over Phil's head.

"Oooh, I feel that!" exclaimed Holly. "It almost makes your head feel numb, do you know what I mean?"

Clearly a bit concerned about the reaction his co-host was having, Phil then asked: "Do people's heads normally go numb?"