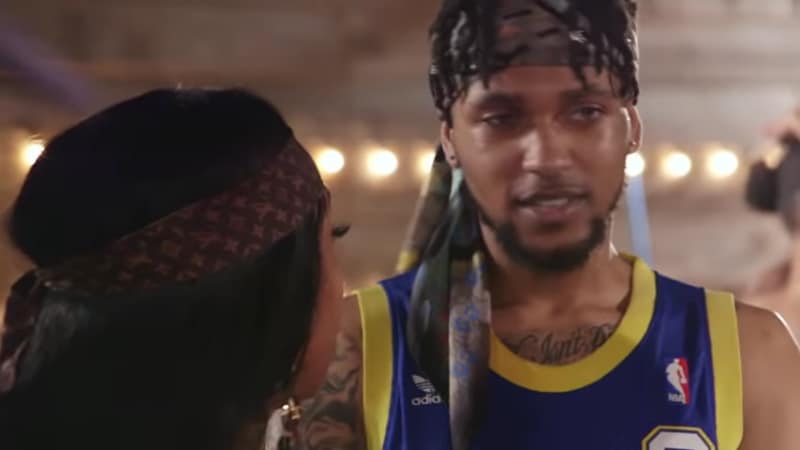 There’s a new tattoo artist ready to help make Black Ink New Orleans a success… at least for now. On the last episode of Black Ink Crew, Herb got into an altercation with Sky and that turned into a full-on brawl that Ceaser got involved in.

Will Herb be back for more with the VH1 crew or was his first impression enough to last a long time?

It seems that some Black Ink Crew viewers are interested in the tattoo artist that dared to insult Sky. Not to mention the man who hit her back.

Throwback I done put in a lot work with this tatting shit always focused and ready to learn more still improving in my craft, wouldn’t be where I’m at without y’all @tat2crazy_ @ad1unique @tattoos_bymal ??? #strivingforgreatness #inkbyherbo #humblebeast #xclusiveartz

That’s right! When Sky questioned Herb about why he didn’t like her, he told the Black Ink star that she was fake. Sky wasted no time swinging on Herb and to her surprise, he swung right back.

Herb doesn’t seem to be upset about his first Black Ink Crew fight but he did defend himself on Instagram…sort of. He posted a video from before the fight and claimed that Sky was just mad because she was feeling him and he wasn’t interested.

That set off a dramatic chain of events that led to the police showing up, including Ceaser coming to Sky’s rescue and trying to fight the new tattoo artist himself.

With Herb’s future at Black Ink New Orleans on the line, we put together some information in order to get to know the New Orleans tattoo artist better and also, in case anyone wants to contact him for a tattoo. It’s worth noting, Herb won’t book your ink until you pay the deposit. It says so on Instagram.

Herb uses the handle Inkbyherbo on both Instagram and Twitter. On social media, he often shares pictures and videos of his work.

For now, Herb is using the #BlackInkCrew hashtag on his work so he likely still works for Ceaser and his crew. Here’s one of his latest pieces, an exclusive design.

Do you think Herb will last on Black Ink Crew or was crossing Sky on the first day a huge mistake?