The past two seasons of Harley Quinn have done a great job of making this animated Harley stand out from others. They’ve also created a unique world with supporting characters that only add to her story. And Poison Ivy, who is the closest person to her, grew just as much as Harley Quinn did. They had a massive development in the finale for the second season, and even though Season 3 isn’t confirmed, there are really great Harlivy things to look forward to. [Spoiler alert: Spoilers ahead for the Harley Quinn Season 2 finale]. 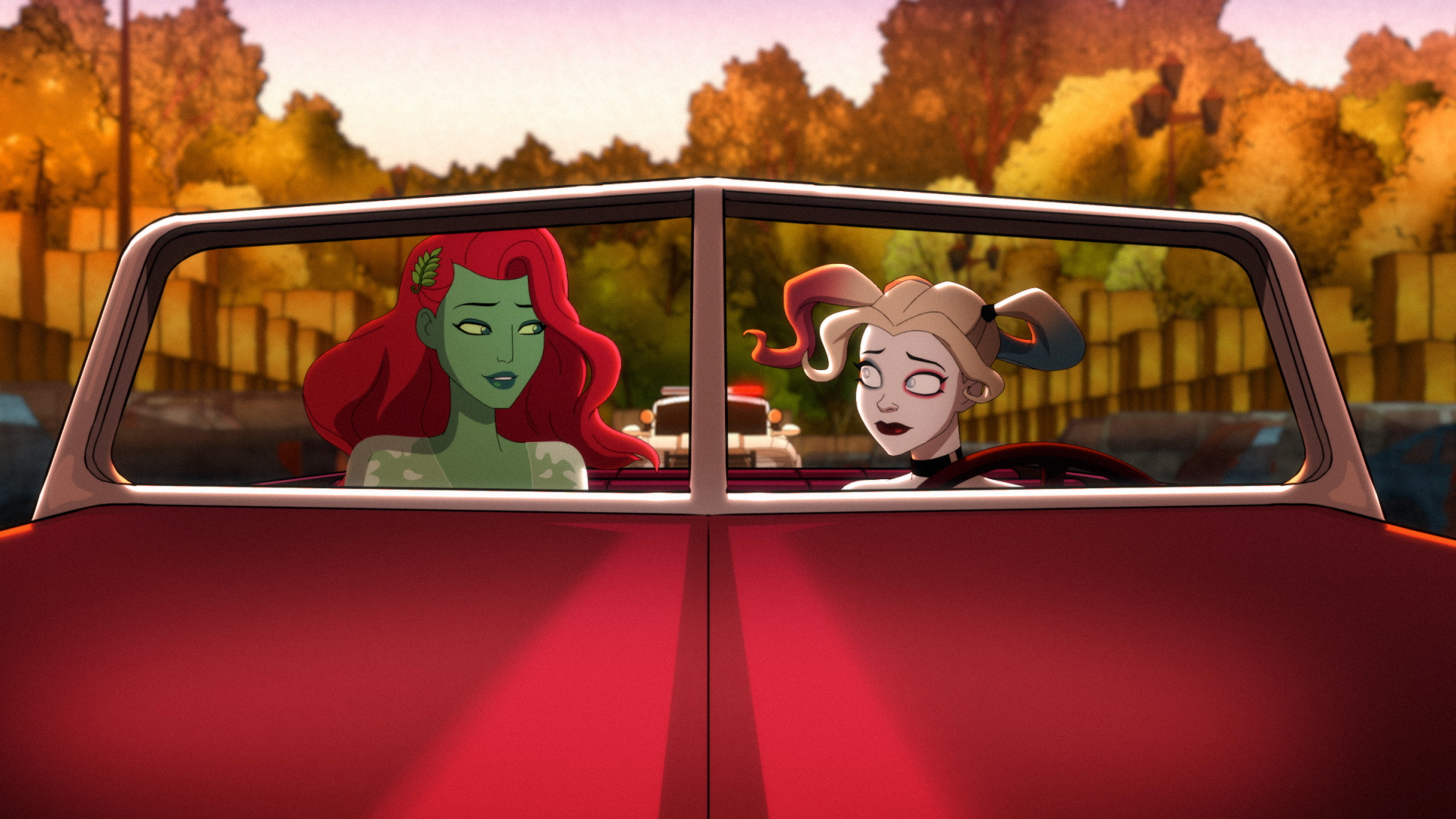 RELATED: ‘Harley Quinn’ Gave Fans the Ending They’ve Been Waiting for Since the ’90s and Proves It Deserves More Seasons

When fans first met Harley Quinn in Season 1, she was still with Joker and overly obsessed with him, like in all other iterations of her story. It’s toxic as heck but she can’t see it because she’s too wrapped up in him. So in order for Harley Quinn to even look at Poison Ivy as more than a friend, she needed to do some severe work on herself, first.

“[In] the first season we knew that we wanted to, at least for Harley’s part of it, really focus on her breaking up with the Joker and her career in the criminal underworld,” co-showrunner Patrick Schumacker told SyFy on June 26.

A relationship with Ivy was “always on the table,” Schumacher said, since it’s an “important part” of Harley’s story. But again: Harley, first, Harlivy, second.

“We wanted to make sure, in the first season, that it was just that Harley self-discovery,” Justin Halpern, the other showrunner, said. “And we felt like it was hard to do a self-discovery story if you take Harley out of one relationship and put her into another one. And then also we thought, ‘I don’t think she’s ready to be in a good relationship right after getting out of a historically bad one.’”

Being with Joker for so long is bound to mess a girl up, as fans saw in Season 1. But it wasn’t just Harley; both she and Ivy had some self-reflecting to get up to. Ivy had to get rid of some of her bad habits before she accepted Harley’s love and have a somewhat healthy relationship.

“Ivy felt like someone we were catching right as she was learning to like people — or at least some people — and learning to come out of her shell because of Harley a little bit,” Halpern said. “So she was in this very emotionally closed place up until the moment our show starts.”

Halpern also described Ivy’s anxiety and low self-esteem. That’s why Kiteman was such a good match for her, at first, because she would date someone “who [was] really nice” but “maybe weren’t the best fit.”

And, ultimately, after Harley and Ivy figured out who they were, and what they wanted, they had to be in stable headspaces to make a future relationship between the two of them work.

“It sounds crazy, because it’s a silly cartoon where we do lots of sh*t,” Halpern said. “But we wanted to make sure the characters were in a mentally healthy place where we could do a Season 3 and not have to make it about, ‘Are they going to break up? Are they not going to break up?’ and just have them be together.”

And don’t worry: Harlivy is here to stay if they get a Season 3

That’s something fans probably love hearing. In LGBTQ relationships, sometimes the fan-favorite couple gets together at the end, and that’s it. Or there’s a lot of strife and obstacles they have to get through. And any couple in television shows seem to always go through a “Is this what I actually wanted” stage, too. But for fans of Harlivy, there are no worries in that department according to the showrunners.

“If we’re lucky enough to get a Season 3, and we truly don’t know yet, but if we are we’re not going to walk it back. They’re a couple,” Schumacher said. “Any stakes that we want to build into the season moving forward are not going to involve [the question of] ‘Will they be able to stay in a relationship?’ They’re going to be a couple.”

Harley Quinn and Poison Ivy are going to face their problems head-on, as united girlfriends.

“When we were talking about where a third season could go, the first thing we both said is, ‘We don’t want to do a third season where it feels like the stakes are [whether] Harley and Ivy stay together,’” Halpern said. “It’s much more interesting to do a show about how you navigate these very different personalities being in a relationship.”

Harley Quinn and Poison Ivy are as different as night and day. But their strong bond and immense chemistry are hard to miss. With their decades-long relationship, it’s about time they get some happy, cute, girlfriend adventures in television form.

RELATED: If ‘Harley Quinn’ Gets a Season 3, Expect a Musical Episode, According To The Composer