'Grey's Anatomy' Fans React to the Surgeons Breaking This 1 Rule

Grey’s Anatomy tries to be realistic by getting real doctors to help form stories. But fans pointed out a rule that the surgeons broke after a recent scene with Amelia Shepherd (Caterina Scorsone).

Amelia and Link operated on Owen in ‘Grey’s Anatomy’

“No Time to Die” showed Owen Hunt (Kevin McKidd) making it to the hospital after being rescued from a car accident. Amelia did surgery on Owen’s spine while Atticus “Link” Lincoln (Chris Carmack) worked on his leg at the same time.

This is an interesting dynamic since Amelia used to be married to Owen. They broke up in season 12. She then had a relationship with Link, and they had a baby together named Scout. They recently broke up because Link wanted to get married and Amelia didn’t.

In this episode, things were tense between Amelia and Link. That’s because Link was determined to get Amelia back, but he saw her kissing Dr. Kai Bartley (E. R. Fightmaster). This made the surgery more dramatic, and fans pointed out they shouldn’t have been in the operating room together in the first place.

Amelia operating on Owen had some fans talking about the conflicts with that. “I vividly remember in previous seasons ‘you can’t operate, he’s your husband’ etc but now we have ex wives and baby mommas operating on everyone,” a fan wrote on Reddit. “I know IRL it’s not illegal but considered unethical but in the show early on they made it such a big issue and now it’s completely over looked. An Uncle is involved his is Nephews treatment? I just don’t understand how now seasons later it goes not addressed.”

“How else can do it? They don’t have any more surgeons,” one fan wrote.

“I had the same thought! But at this point, everyone is related. I mean, they’re the only 10 surgeons in the entire hospital, right?” another fan joked.

“A most recent surgery situation I found ridiculous was when Megan was in the room while Farouk was in surgery,” another fan added. “Even if she wasn’t operating, it’s gotta be extremely difficult for a surgeon to do their jobs effectively and with as little pressure as possible, with the crying mother of the patient in the room. When has that ever been allowed?” 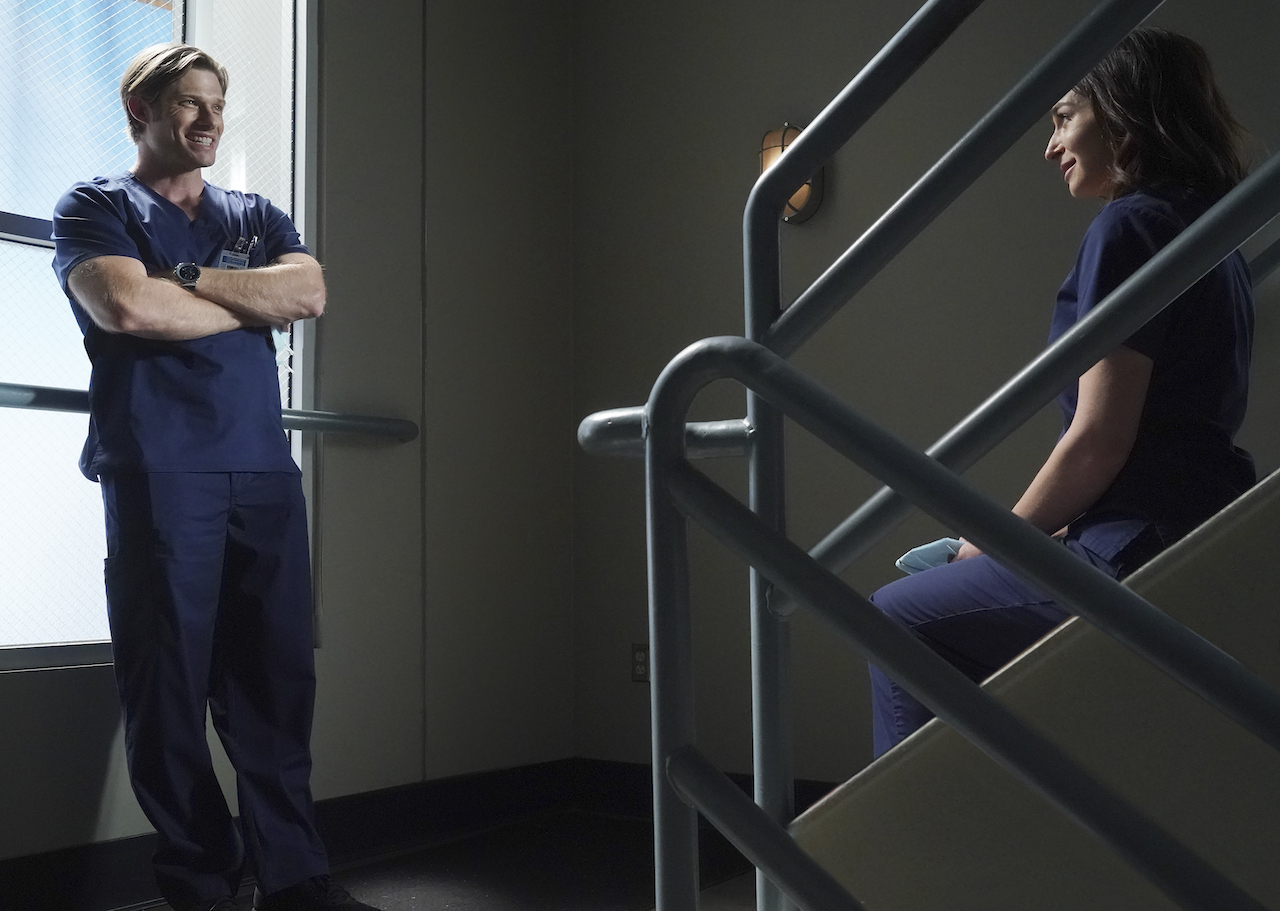 Scorsone knew Amelia and Kai’s first kiss would be a big moment for fans. “I mean, the reaction was the most exciting thing that’s ever happened in my life,” she told E! News. “What has happened is there are, like, millions of fan videos of young people watching the kiss finally happen after this whole season of build up, and they have the camera on their faces as they watch it and they just lose their minds.”

No matter what, the characters will have some kind of relationship because of their son. It also looks like they’ll keep working closely together despite their personal history.