GREAT British Bake Off is never shy about the odd sexual innuendo here and there – but Prue Leith may have reached a whole new level.

In fact, the star uttered the most X-rated double entendre to ever enter the tent, with even Paul Hollywood ending up crying with laughter as he tried to contain himself. 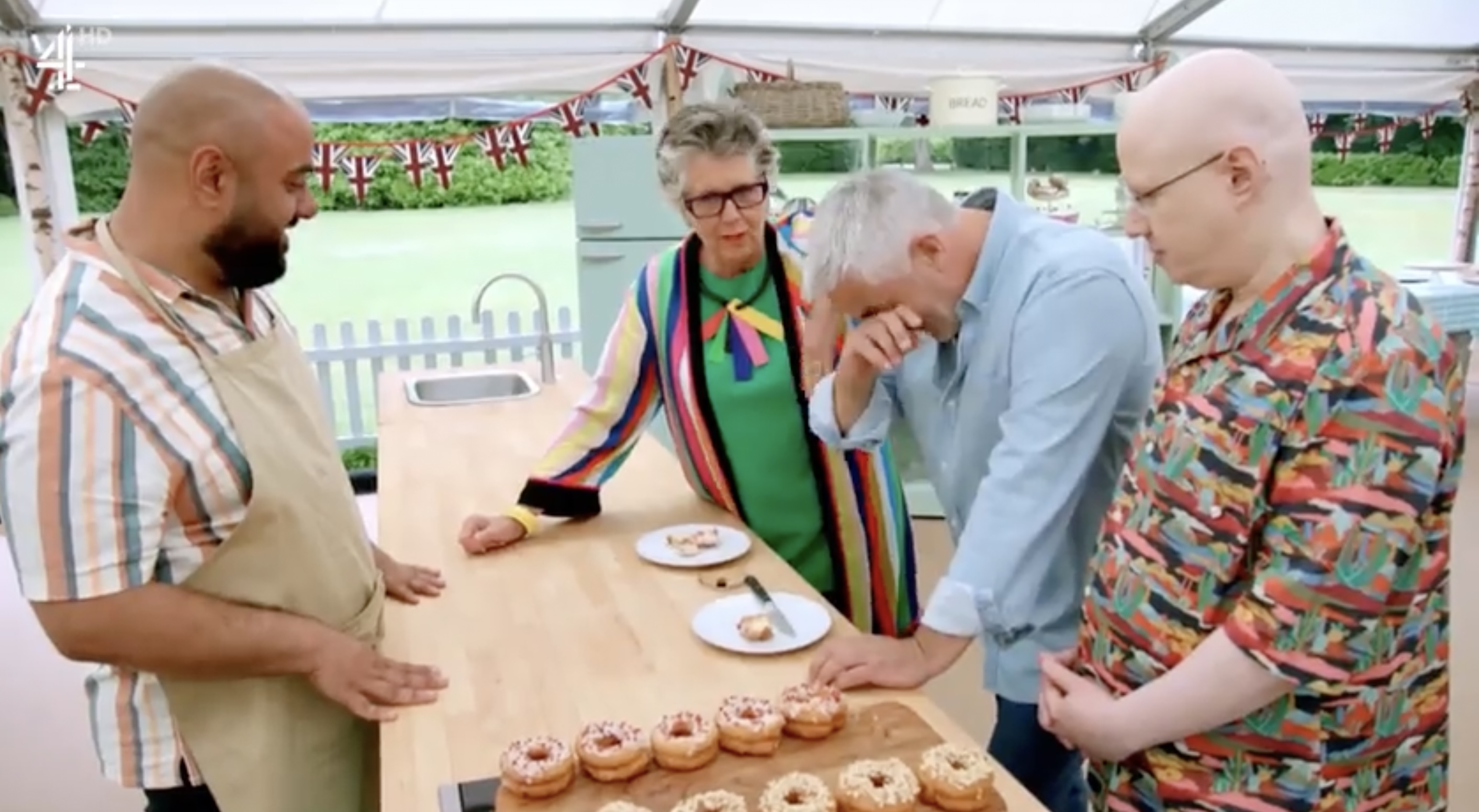 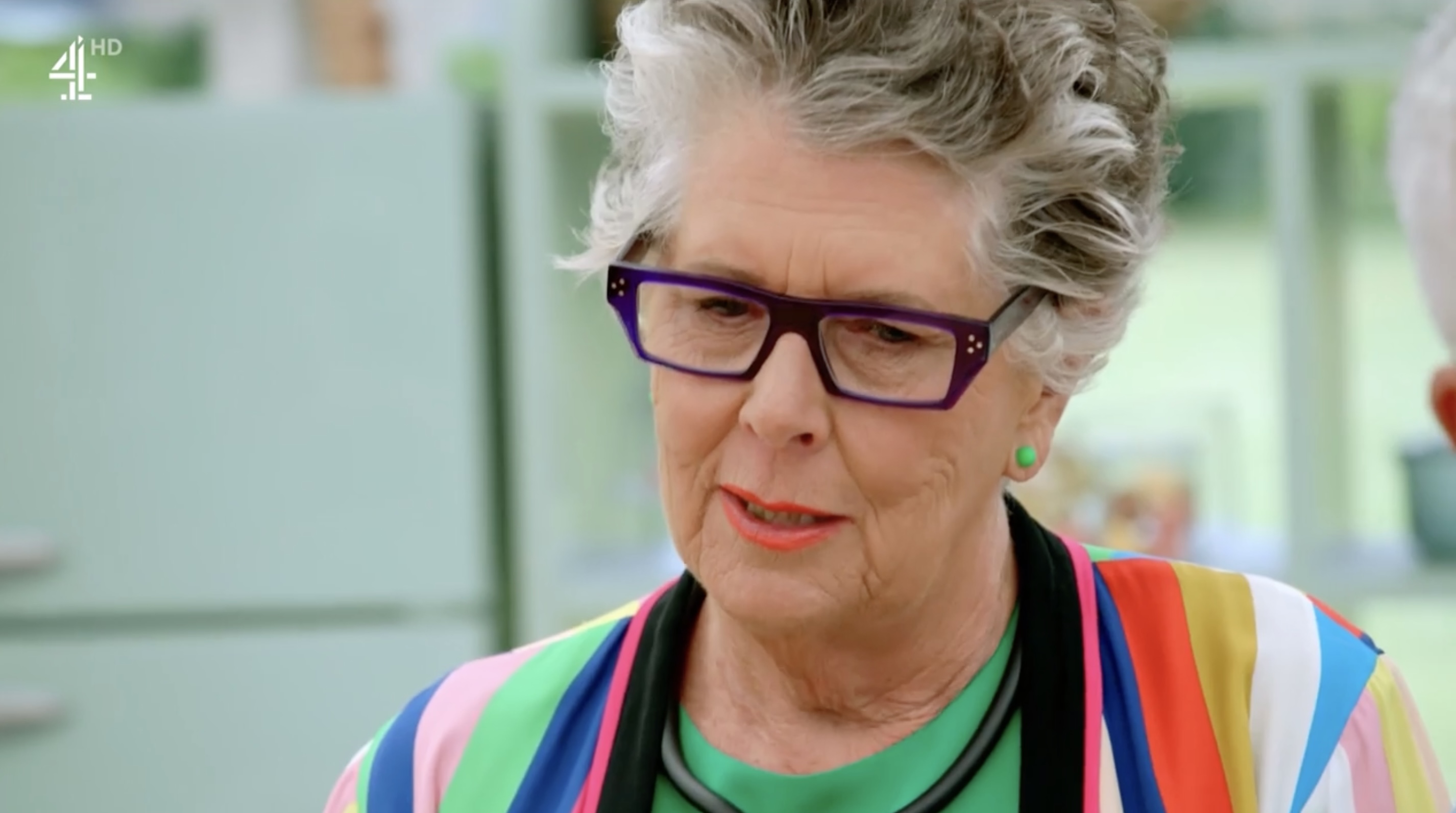 During the first challenge, the remaining bakers were asked to make chouxnuts for their signature, making two different flavours and at least one with a filling.

Sampling the creations of shared lives co-ordinator George, the chef offered her words of wisdom – and promptly put her foot in it.

Judge Paul and host Matt Lucas were left grinning as she declared: “Quite often I need two holes, so that I can squirt. If you squeeze the bag… and when you mean that little bit of resistance, that means it’s full.”

Paul tried to maintain his composure but ended up crying, rubbing his eyes to try and keep things together.

But Matt’s tell-tale grin gave the game away and soon the pair were doubling over with laughter.

Prue noticed and quickly asked what was going on, to which Matt replied: “We’re just children.”

"Sorry, Dame Prue," Paul responded, wiping tears away from his eyes and correcting himself.

It seems that they weren’t the only ones though that couldn’t keep their minds out of the gutter, with Twitter exploding over the comment.

“Ok let’s just put it out there: that squirt innuendo was the worst one I’ve ever heard on Bake Off,” wrote one laughing fan.

“I AM CRYING I HAVE TEARS IM ON THE FLOOR CH4 WHAT HAVE YOU DONE TO THE BAKE OFF,” yelled another.

“Um… bit spicy this side of the watershed there Prue!” warned another.

While a fourth found themselves in an awkward position and added: “Me trying ridiculously hard not to laugh at Pru saying she needs two holes to squirt while I'm watching #GBBO with my poor innocent Mum.”

However, a fifth spoke for everyone by simply declaring: “Bake Off innuendo has peaked tonight.”

Great British Bake Off airs Tuesdays at 8pm on Channel 4. 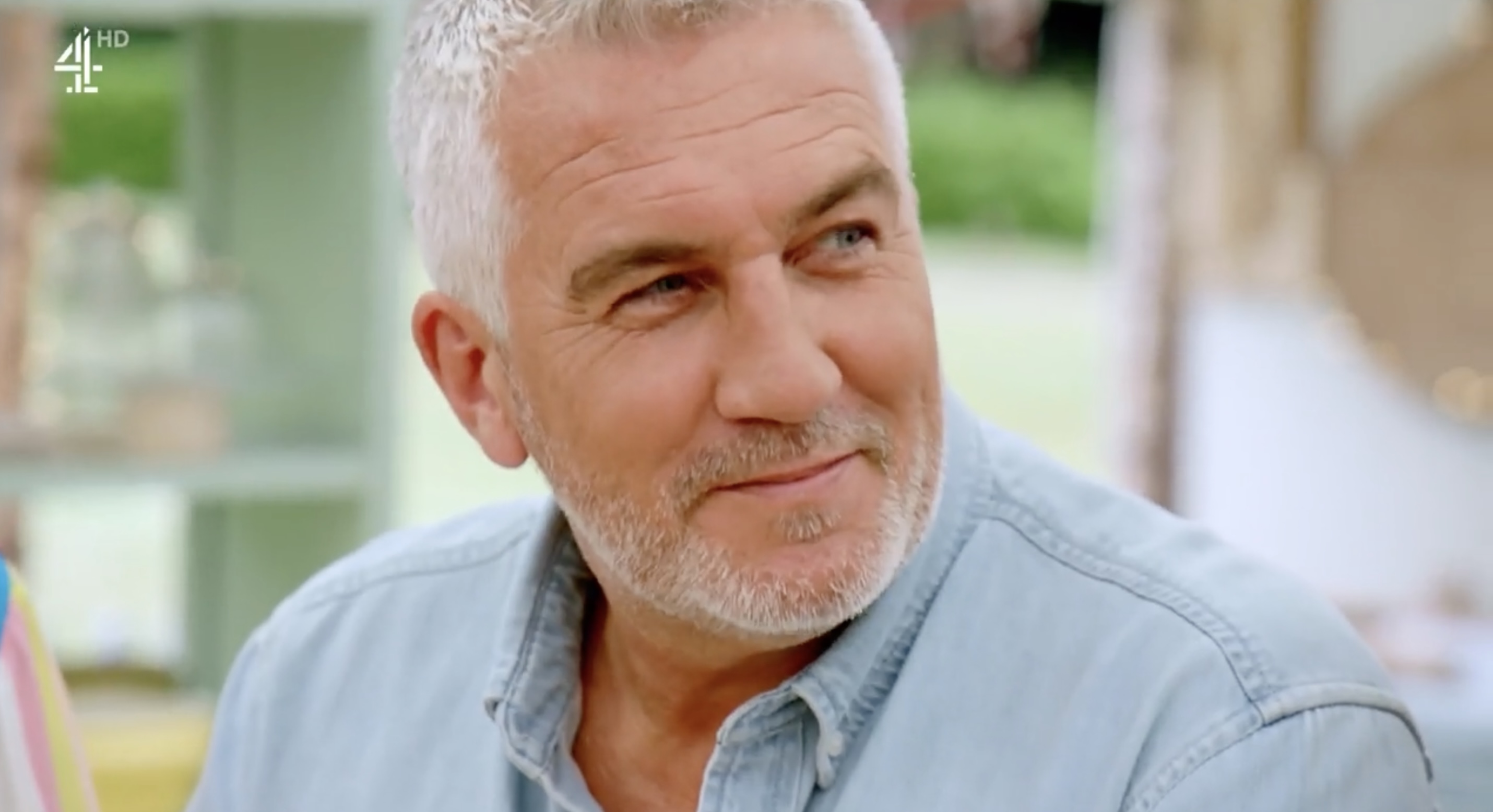 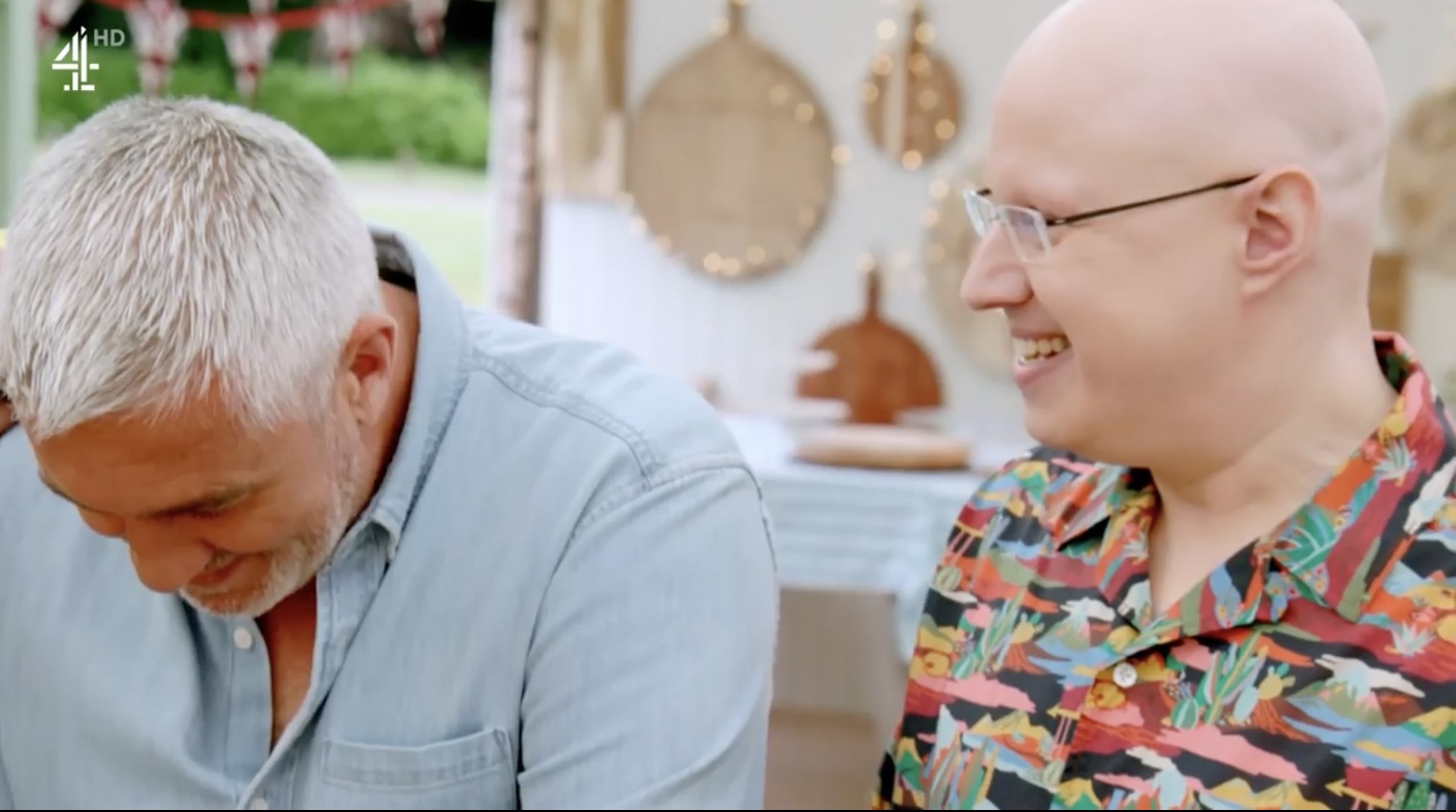