'Gossip Girl': Why Men Never Wore Belts on the Show 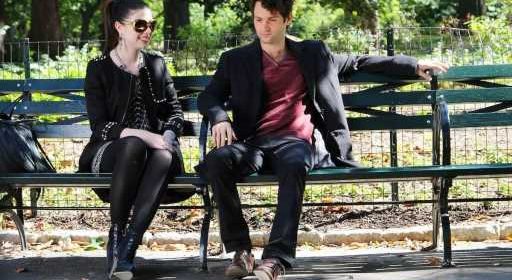 Almost all of the characters in Gossip Girl were very rich. So they went all out when it came to getting dressed. But devoted fans probably didn’t know the men weren’t allowed to wear belts. The costume designer explained why and gave a tip to men who want to dress like Chuck Bass (Ed Westwick).

Why men never wore belts on the show

The men of Gossip Girl were flashy dressers and weren’t afraid to accessorize. But costume designer Eric Daman didn’t allow them to wear belts.

“I was having an allergic reaction to belts. [Laughs],” Damon told Variety. “This was also the era of metrosexuals, Jersey Shore, and hideous jeans with really ugly belts. No, this is not happening on my watch.”

He went on to say it’s one of his pet peeves. They also made sure the actors didn’t need a belt. “We take things up a quarter of an inch — that really makes a difference for the overall look,” he said. “Belts add an extra girth around the waist, and no one wants that for a classy look.”

Sebastian Stan, who played Carter Baizen, also talked about this rule with Variety. “I remember going into the fittings and being told, ‘You’re never wearing a belt again from a fashion standpoint.’ I was like, ‘OK.’ So I never wore a belt again.”

Eric Daman advised men to get their suits tailored

One of the unique dressers on the show was Chuck Bass. He wasn’t afraid to mix patterns and colors. And he loved a popped collar at times. Daman advised men when it comes to bringing Chuck into their own style to Refinery 29.

“But I think the key to it is just having that one great suit that you’ve had fitted to you,” Daman said.  “I think a lot of guys are walking around in suits that are quite ill-fitting, and I think what really makes a suit great is that it can be fitted and it doesn’t cost much, you can probably get it done for 25 bucks at your local tailor, and I think that’s really the key to having that sharp Chuck Bass edge.”

Bass might not have worn a belt. But he is usually accessorized with sunglasses, an ascot, and watches. But his most iconic accessory was a Press scarf he wore in season one in “The Blair Bitch Project.” It later sold out after the episode.

“After its cult debut the store sold out of them immediately,” the costume designer told E! Online. “I love it paired with this plaid Marc Jacobs toggle coat. Boyish innocence meets Bass darkness. A classic.”

Surprisingly, Jersey Shore had such a strong influence on fashion that men on Gossip Girl couldn’t wear belts. Luckily, the actors got suits that fit them, so it wasn’t an issue.