Prince Harry and Meghan Markle’s bombshell Oprah Winfrey interview saw the couple open up on some heavy experiences they faced within the Royal family, with shocking allegations of racism and conversations revealed. Many were glued to their screens while watching the Oprah Winfrey interview on Monday on ITV – but Gogglebox’s Jenny Newby found it hard to stay awake when she was filmed for her reaction this week.

The Twitter account for fan favourites Jenny, 65, and Lee Riley, 51, posted a clip of the hilarious moment, which saw Lee filming a peacefully snoozing Jenny before making her jump.

The startled Gogglebox legend jumps up, saying: “You frightened me to death” as Lee laughs.

Fans are eager to hear what the two have to say in tonight’s episode of  Gogglebox, as the TV fans are set to watch the interview and give their reaction.

Responding to the Twitter video, one fan said: “Lmao you two are great! Can’t wait to hear your views tonight, stay safe guys.” 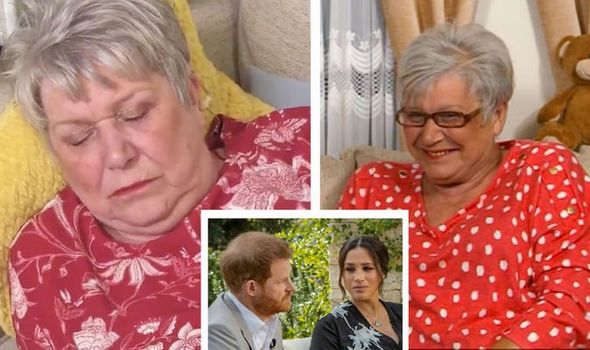 A third added: “You two make me laugh! Jenny gets the brunt of it every time… and still manages to laugh! Lee… you’re a little b*****… but I love yah!”

The duo has been popular with viewers since they first appeared on our screens in the  Channel 4 show in 2014.

The best friends never fail to make viewers laugh, bouncing off each other and teasing one another. 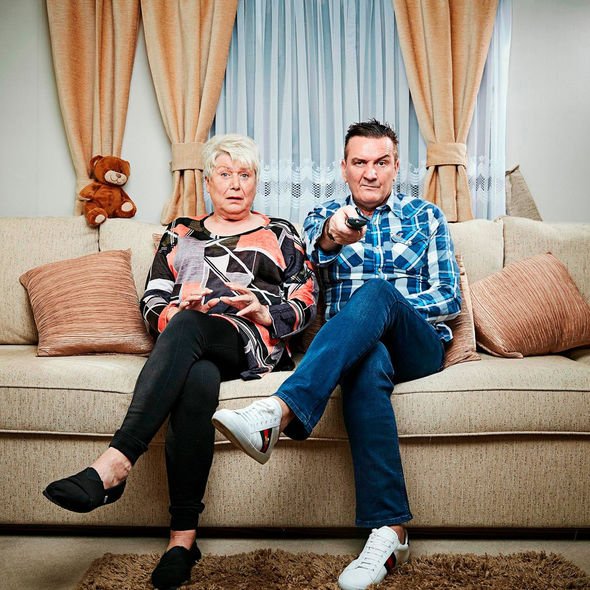 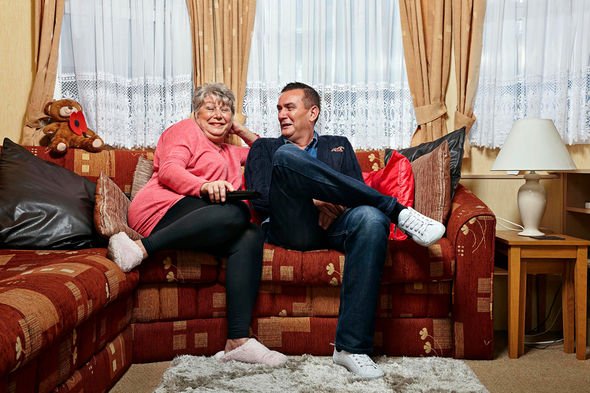 Some of their reactions to TV clips have been thoroughly enjoyed by fans, with Jenny often being easily scared while watching a series.

They moved in together during the first lockdown in order to carry on filming together for the show, but have since gone back to their own homes.

They first met at a pub in Yorkshire, where Jenny was the landlady and Jenny spoke about this previously.

She said: “Lee was a customer at my pub, The Crown Inn in Pull. He became a regular in 1994 and used to come in pretty much every night with his partner and we were friends from the off.”

“We’ve been best friends ever since,” she told Ireland’s Big Issue Magazine.

Fans won’t have to wait too long to hear what the Gogglebox team have to say on this week’s biggest TV news, with the series continuing tonight, March 12.

The interview with Meghan and Harry attracted a huge 11.1 million viewers when it aired earlier this week.

Meghan also revealed that she had suffered suicidal thoughts due to her treatment while she was in the UK.

What will the Gogglebox lot have to say on the subject?