Gogglebox viewers in meltdown as Jenny and Lee chat to mysterious Steven: ‘Who is he?’

The latest instalment of Gogglebox saw the families tune into watch Nigella Lawson’ new food series and she was making her favourite chicken sandwich. Everyone was enraptured by the chef’s creation but viewers at home were quickly distracted from the families’ reactions when Jenny and Lee began talking to a mystery person called Steven.

Jenny and Lee got to discussing a chicken the former had made, with her friend noting it wasn’t crispy.

While Jenny insisted it was, Lee turned to someone named Steven, who was also in the caravan.

Steven and Jenny began arguing over her chicken and how crispy it was.

Despite the fact Jenny and Lee were clashing, viewers were more interested in finding out who Steven was. 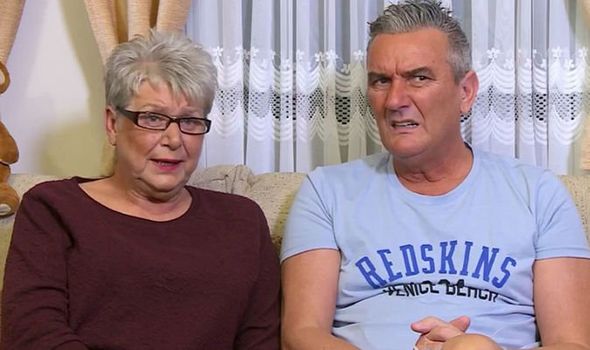 Rushing to Twitter to demand answers about who Steven was and why they hadn’t seen him before.

One commented: “#gogglebox who on earth is Steven? #Gogglebox.”

Another added: “Who the f*ck is Stephen??? Where did he come from?? #Gogglebox.”

“Who’s this Steven person in the caravan? Or is it the Hull version of Alexa? #GoggleBox,” a third asked.

Someone else shared: “#Gogglebox who’s Stephen?”