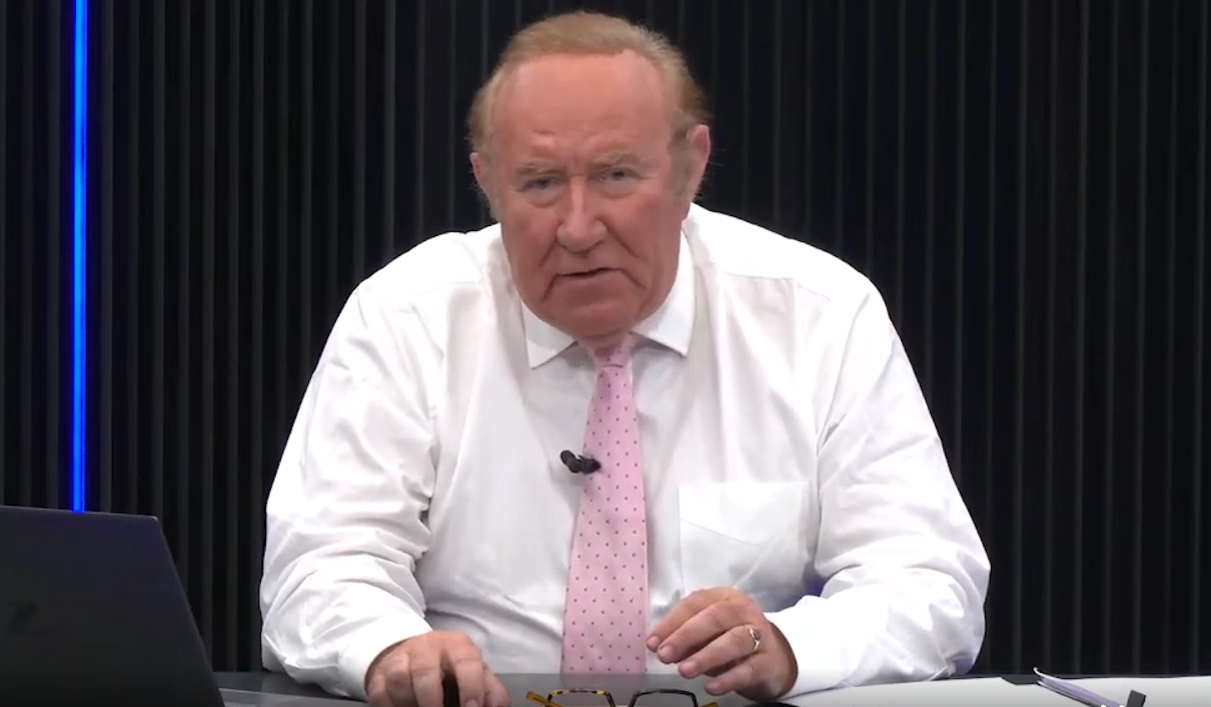 GB News has taken a hit in its viewing figures, with the latest stats revealing that it has fallen below Welsh language S4C shows such as Pobol y Cwm and Paw Patrol.

The new channel, chaired by Andrew Neil, debuted on June 13 with ratings of 336,000, beating rivals Sky News and BBC News.

However, new figures showed a substantial fall, with only a maximum of 32,000 people tuning in on Thursday for Great British Breakfast and Neil’s own flagship show only attracted 31,000.

The nosedive means that ratings are now higher over on Welsh language S4C shows such as Pobol y Cwm, which rakes in 44,000 viewers according to the latest S4C stats.

Meanwhile, Welsh language Paw Patrol, Patrol Pawennau, attracted over five times as many viewers, with 161,000 tuning in on Thursday.

The latest figures come just days after Neil, 72, announced that he would be taking a break from presenting on the network.

The presenter told viewers of absence at the end of his show on Thursday following a rocky start.

‘That’s it for tonight and from me for the next few weeks,’ he said. ‘But I leave you in the safe and professional hands of Colin Brazier.’

Despite the break, he insisted he will be back when we ‘least expect’ it.

‘I’ll be back before the summer is out and when you least expect it, so stay tuned,’ Andrew continued, acknowledging the issues that have plagued GB News since the start, on June 13.

‘Before I take this break, let me say this: yes, we had a bit of a rocky start with the launch of GB News.

‘We’re a start-up, they’re always a bit rocky these start-ups. But we are up and running as you can see, we get better every day and there’s clearly an appetite for what we’re doing.

‘And in two short weeks, we’ve already built a loyal audience which has beaten all of our expectations, it’s often bigger than the other news channels and it’s growing.’

In the two weeks since GB News has been on air, there have been numerous technical blunders and awkward moments, with Twitter account GB News Fails highlighting them all.

Presenters were also left red faced after viewers called in with fake, NSFW names, including Mike Hunt and Mike Oxlong.