Mick Lynch has won himself a bunch of new fans, including some famous faces, after his blistering appearance on BBC’s Question Time overnight, as well as various TV interviews in the week.

The secretary-general of the National Union of Rail, Maritime and Transport Workers has been doing the media round amid crippling rail strikes, and while the disruptions have caused massive inconvenience across the country Lynch has managed to win a lot of the public over with his continued take-downs of opponents on screen and matter-of-fact delivery.

It comes as train passengers continue to be hit by the largest strike by rail workers for 30 years, with much of Britain having no passenger trains for the entire day on Tuesday, with the London Underground also going on a separate strike.

On Thursday night Lynch appeared on the BBC show, hosted by Fiona Bruce, and was joined by guests including Conservative MP Rachel Maclean.

And while there was a moment in which his comments on different maintenance teams servicing different tracks in close proximity to one another elicited boos and groans from the audience, stars like Gary Lineker were clearly won over as they reacted to his appearance, which at one stage saw Lynch claim Boris Johnson’s ‘main problem is he’s unembarrassable’ by his ‘failures…and behaviour’.

The Match Of The Day pundit risked the wrath of impartiality censors when he wrote on Twitter last night: ‘Whatever your view on the strike, one thing we can surely agree on (we won’t, obviously) is that Mick Lynch is bloody good.’ 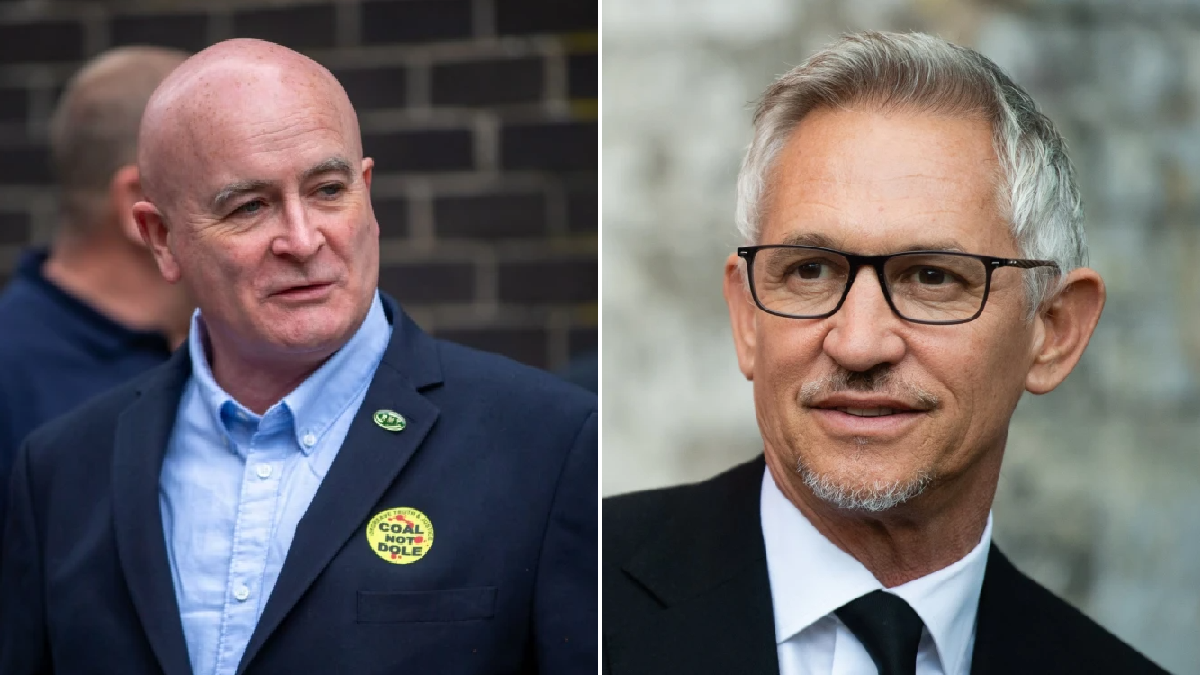 In response to the Sky interview, after Burley claimed Lynch had become flustered over her line of questioning on crossing the picket line, Money Saving Expert Marin Lewis shared: ‘Interesting interview. I think describing Mick Lynch as flustered is pushing it a tad. He comes across as almost scarily unflustered to me – I don’t envy those who have to face him across a negotiating table.’

Lynch has become a social media sensation, with his responses to various questions from the media this week becoming instantly memeable.

During an appearance on Good Morning Britain on Tuesday, he slammed Richard Madeley’s line of questioning after the host asked him if he was a Marxist.

Kicking off their chat, Madeley enquired: ‘You’ve been accused severally over the past few weeks of being a Marxist.

‘It happened again last night, a backbench Tory MP said you are a “Marxist with no interest other than trying to tear down the Government”.

‘Now, are you, or are you not a Marxist? Because if you are a Marxist, then you’re into revolution and into bringing down capitalism. So, are you or aren’t you?’

Denying he was a Marxist, Lynch couldn’t help but laugh at the question. ‘You do come up with the most remarkable twaddle.’