Game of Thrones never shied away from dramatic deaths across its eight-season run on HBO. But perhaps one of the most heartbreaking was that of Hodor (played by Kristian Nairn) who sacrificed himself to save Bran Stark (Isaac Hempstead Wright) and Meera Reed (Ellie Kendrick) back in season six.

Hodor was a much-loved character in the HBO series ever since he was first introduced in season one.

As a servant to House Stark, he helped Bran after he was paralysed from the waist-down early in the show.

He remained his loyal aide throughout, only muttering the word “hodor” in all of his interactions.

However, his death came when he accompanied the youngest Stark into the cave of the Three-Eyed Raven. 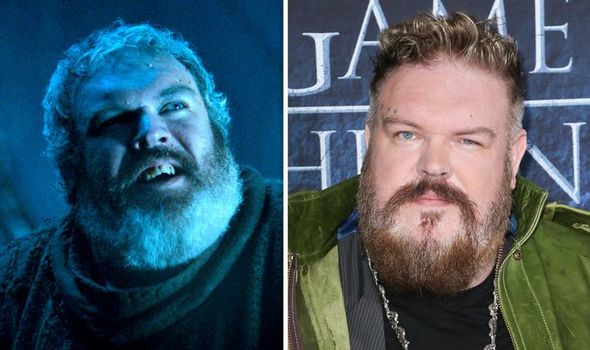 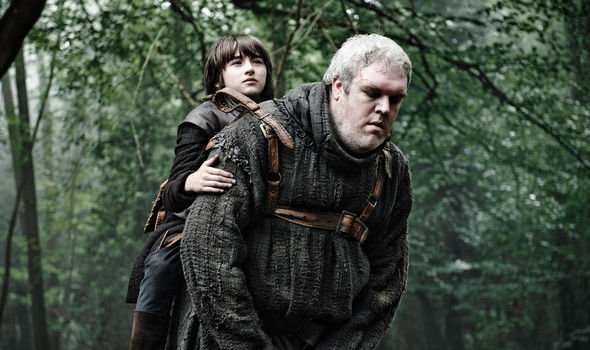 When the cave was overrun by White Walkers as a result of Bran’s excessive warging drawing attention to him, it was Hodor who suffered the consequences.

He holds the door in order to allow both Meera and Bran the time to escape before he is killed by the walkers.

His death was especially emotional because it revealed why he was only ever able to say “hodor.”

Viewers will remember Bran had been warging into his mind earlier in the episode and learned more about his younger life. 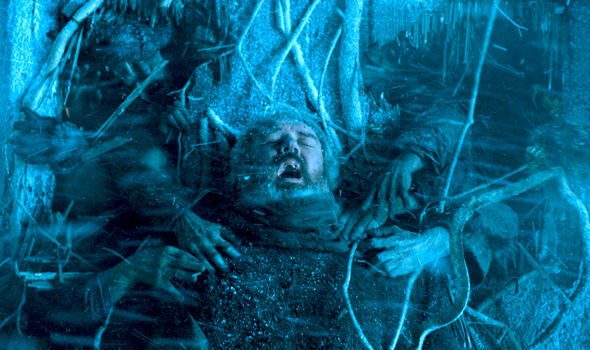 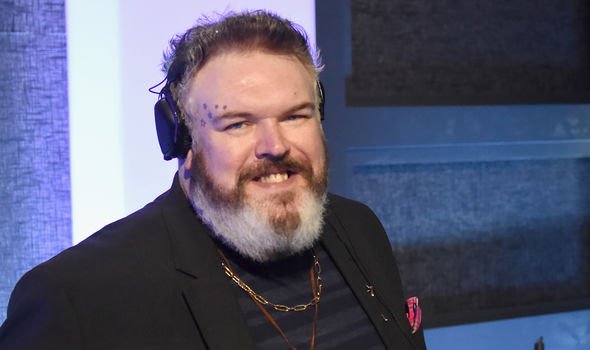 He then inadvertently does this once again as Meera is screaming “Hold the door” to stop the White Walkers entering.

This caused a young Hodor to have a seizure when the younger version of him witnesses his death in later life.

After this, he is only able to stay these words in a slurred manner, hence why he only says “hodor.”

Actor Kristian Nairn found out he was leaving the series in a phone call from showrunners David Benioff and Dan Weiss.

He told Entertainment Weekly back in 2016: “You know what’s going to happen.

“Some of my friends got the scripts before I did, so I sort of got the hint it was going to happen.

“With Game of Thrones nothing is ever certain, and that I made it this far is pretty good.”

Nairn went on to speak about the tragic way his character left the HBO series and what he thought about his backstory.

He said: “It’s a really good way to do it. I couldn’t have asked for a better goodbye to a character I love.”

He added: “I had tears in my eyes. I don’t see myself on screen, I see Hodor.

“I always talk about him in the third person. I just saw the character die and it was very sad.”

However, he did also admit to the publication how it was strange to finally be able to talk about it after having to keep his fate a secret for such a long time.

He said: “It’s weird talking to you about it as I haven’t been able to talk about it for so long.”

Since starring in the show, he has gone to appear in films like The Appearance and Robin Hood: The Rebellion.

As well as this, he is an accomplished DJ and regularly tours performing his music.

The final season of Game of Thrones is now available on DVD and Blu-Ray.