Game of Games brings out the darkness in Grant Denyer

How has winning a Gold Logie changed your life?

Good question. It doesn't change your life: it just means that everything you've done up to this point hasn't been for nothing. I've been quite relentless in my pursuit of a television career, and that takes sacrifices and sometimes friends take a back seat and family kind of suffers because you're chasing the dream. And it's cool to know that all that hard work meant something. I'm a little bit more internally confident and pleased with myself. 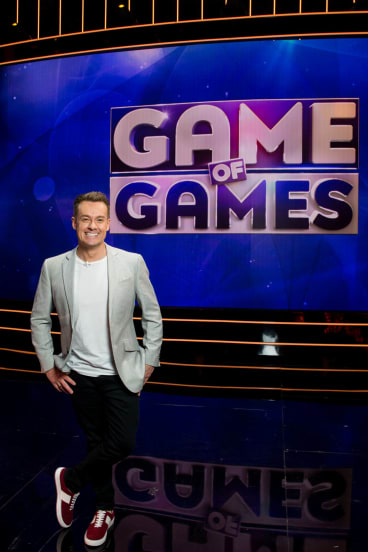 You say "internally". So you haven't been lording your superiority over other people?

No no no…I often doubt the thing that I do and how I do them and I'm constantly analysing, could I do things better? I suppose I'm not as internally restless, it's like, maybe you do know what you're doing. I'm more at peace.

Where do you keep the Logie?

I know a lot of people have joked in the past about turning them into stubbie openers or doorstops, but it has pride of place right at the entrance of my home. It means the world to me, I like to see it every day! I know that sounds gushy, and it's not funny, but…

Your new show, Game of Games, is hard to describe. How would you sum it up?

Wonderfully ludicrous. It's brilliantly stupid on a monumental level. I like making silly television – there's enough people making serious entertainment, it's kind of nice to make something that just makes people laugh because it's beautifully stupid. There's nothing better than watching someone fall down a giant staircase or watching someone get shot in the face with a cannon that's loaded with paint or a mysterious brown substance.

So was people getting shot in the face with a cannon what was missing from Family Feud?

It's Family Feud on steroids, because yes, we ask questions, and it's great when they get it right because they can win $50,000, but it's oh so beautiful when they get it wrong, because that's when we unleash hell. We make the 50,000 as easy to win as possible, because we love giving away money, but we make them earn it on the way through. Some of these challenges are pretty full on. But making people stand on a trapdoor three storeys in the air and then just sending them to their fate … it's a really confronting process. They're terrified. I love the shock on the face of the audience when we send the first person down the hole.

It sounds like what really sets this apart from other game shows is the element of punishment.

Yeah, we don't deduct points on this show, we send you to your death.

And you enjoy that.

More than I thought. There's clearly a darkness inside me that's been awakened, and I'm a broken person. I don't think I should be allowed to host television with the amount of joy it gives me to fire someone through the roof.

Yeah, you thought I was a nice guy, it turns out I'm a dickhead.