'Full House': 25 Years After the Series Finale, Michelle's End is More Apt Than Ever

On May 23, 1995, the popular ’80s and ’90s sitcom Full House came to an end. And for one character, that finale was a traumatic experience. Since Michelle Tanner didn’t continue her arc on Fuller House like the rest of her family, here’s a theory as to why that appearance exactly 25 years ago was her last. 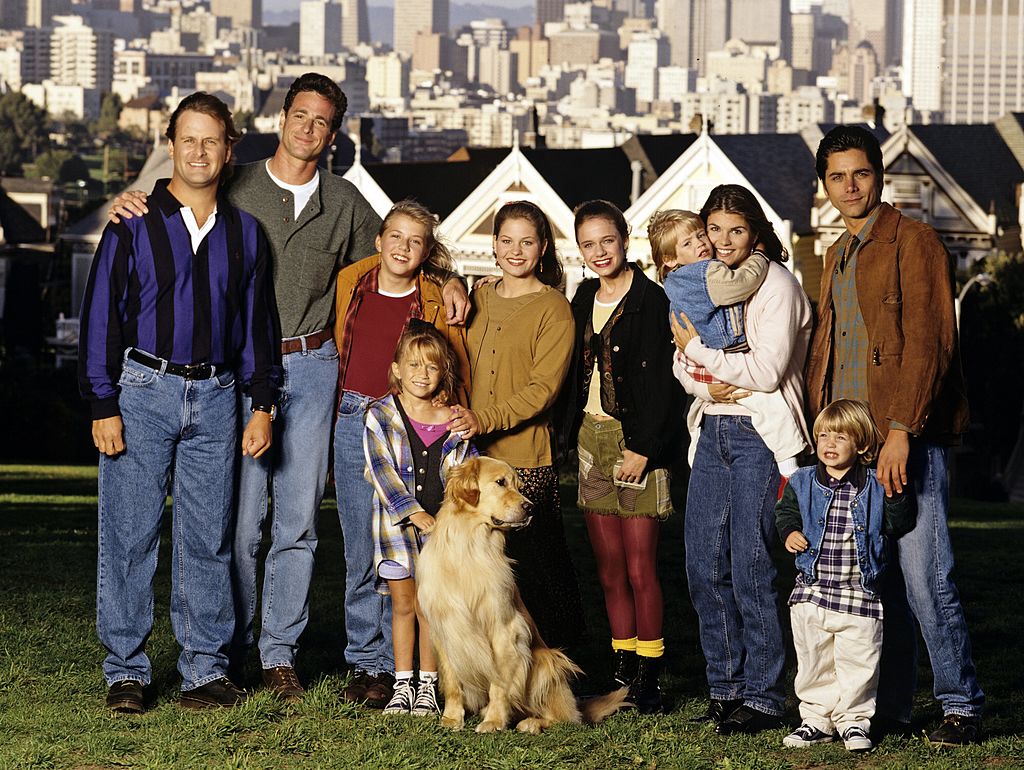 Full House follows a not-quite-nuclear family, made up of father Danny Tanner (Bob Saget); his daughters D.J. (Candace Cameron), Stephanie (Jodie Sweetin), and Michelle (Mary-Kate and Ashley Olsen); his brother-in-law, Jesse (John Stamos); and his best friend, Joey (Dave Coulier). The latter two come to live with him after the death of his wife, Pamela, to help him raise his children.

Over time, the family grows. By the end of the series, living in one of San Francisco’s famed Painted Ladies are the aforementioned six, plus Jesse’s wife, Becky (Lori Loughlin), and their twins, Nicky and Alex (Blake and Dylan Tuomy-Wilhoit). The cast was filled with assorted side characters including D.J.’s best friend, Kimmy (Andrea Barber)

In the series finale, Michelle loses her memory

RELATED: How Will ‘Fuller House’ Season 5 Explain Michelle’s Absence at Her Sisters’ Wedding?

Not only did the family expand, but, naturally, they grew up. At the beginning of the series, Michelle is just a baby. Like many very young children, she was portrayed by twins. However, actors Mary-Kate and Ashley Olsen were 8 years old by the time the series ended, so the writers came up with creative ways to put both on screen.

Take the series finale, for example. While horseback riding, Michelle falls off and hits her head. In what is one of the show’s darker episodes, she spends most of it acting cold toward her family, having lost her memory. But in the final moments, her memory comes back to her — in physical form (see the video above).

Years later, the spinoff series, ‘Fuller House’ came to be

This was a bit of a strange ending for Full House, but ultimately, it was a fairly happy sendoff for the characters. However, it wasn’t the last time fans would see most of them. Twenty years after the finale, a spinoff, titled Fuller House, began filming.

The revival brought back D.J., Stephanie, and Kimmy as the central characters, with the latter two helping out the former as she raises her three boys following the death of her husband. The Netflix original series debuted in February 2016 and will come to an end on June 2, 2020.

Mary-Kate and Ashley Olsen refused to be on the show

RELATED: Mary-Kate and Ashley Olsen Made an Insane Amount of Money on ‘Full House’

Aside from the main returning cast, many other former Full House stars reprised their roles in a recurring capacity. Danny, Joey, Jesse, and Becky are all in the pilot and continue to make sporadic appearances throughout. Even Nicky and Alex show up as guest stars.

But one character has never been seen. There was a whole back-and-forth situation with the Olsen twins when the project was first announced, and they apparently decided against coming back. Actor Jodie Sweetin told ET Online in 2016 that they had “kinda given up” on a Michelle cameo, and that appears to be the case to this day.

Perhaps this is why it’s intriguing to think back to the last appearance of Michelle. The way the Full House finale begins, the family appears devastated. Almost as if they were trying to make you think Michelle had…died? At least, that’s the way one person saw it (in the above video).

What if, instead, things end as we saw them on screen — but Michelle was never the same again after her accident. Maybe her memory only comes and goes. This would explain why she’s not at the major family events in Fuller House. Maybe Danny’s explanation that she’s “running her fashion empire” is just an excuse, and Michelle’s fate was much darker. It doesn’t exactly fit with the tone of Fuller House, but it is a compelling theory.