TWO days after she was born to Beyonce and Jay Z, Blue Ivy Carter was dubbed “the most famous baby in the world” by Time magazine.

But rather than living off her superstar parents – who have an estimated fortune of £770million – Blue, who only turned nine two months ago, is already forging a showbiz career. 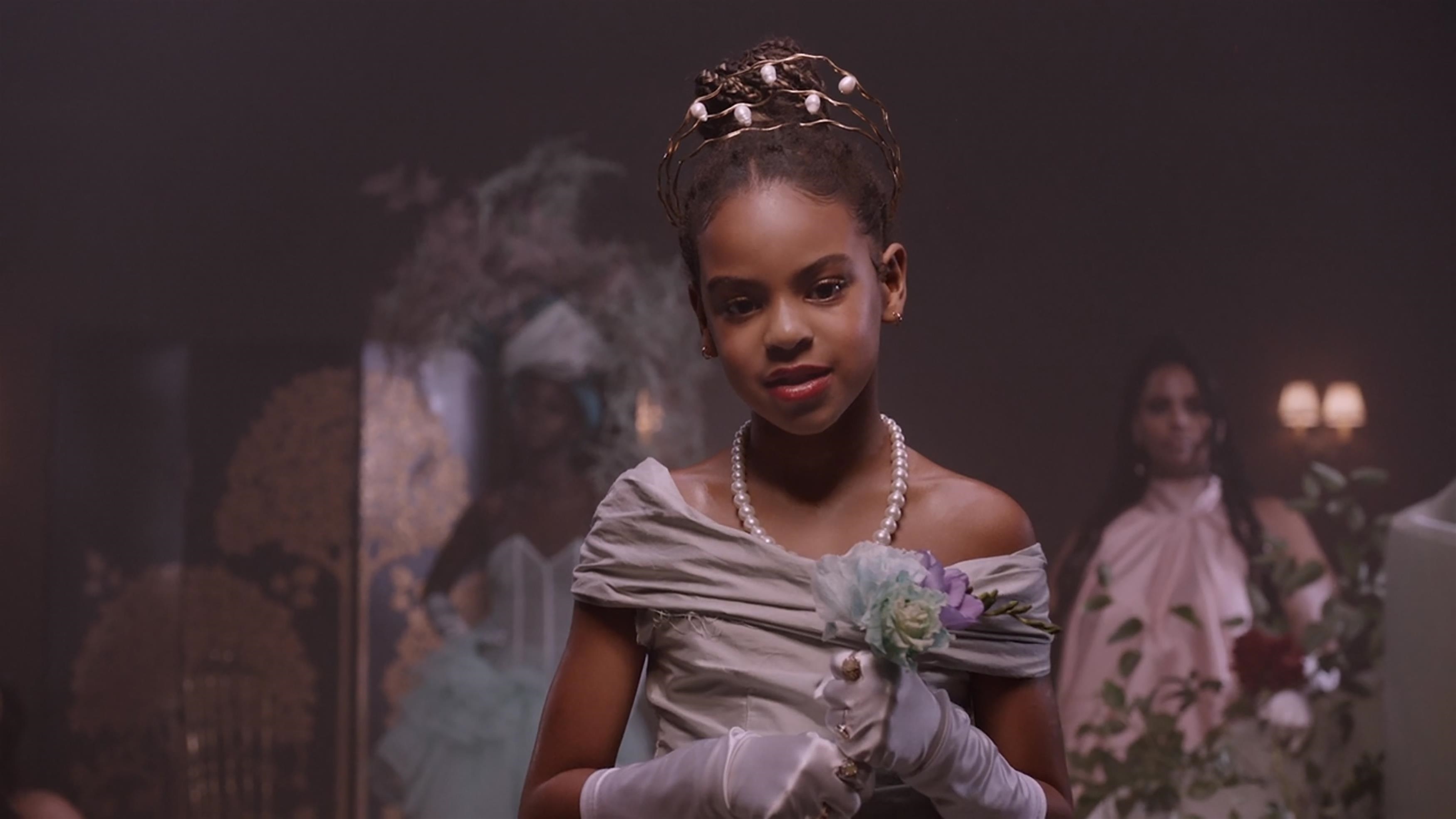 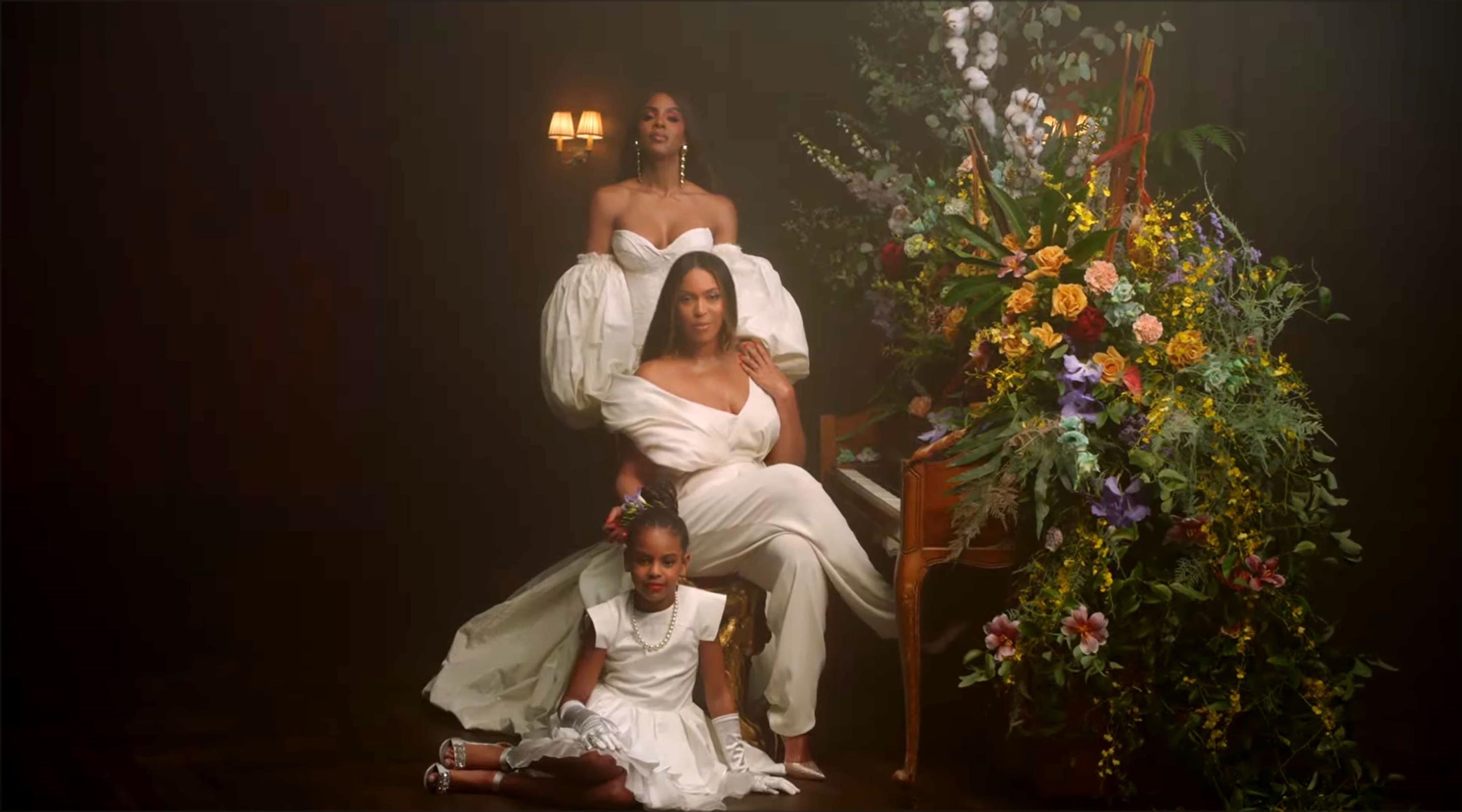 On Sunday it saw her pick up a Grammy for Best Music Video.

The Awards Do Darling

SHE became the second youngest person to ever win a Grammy on Sunday, beating superstars including Harry Styles, 27, and rapper Drake, 34.

But Blue is no stranger to awards ceremonies. 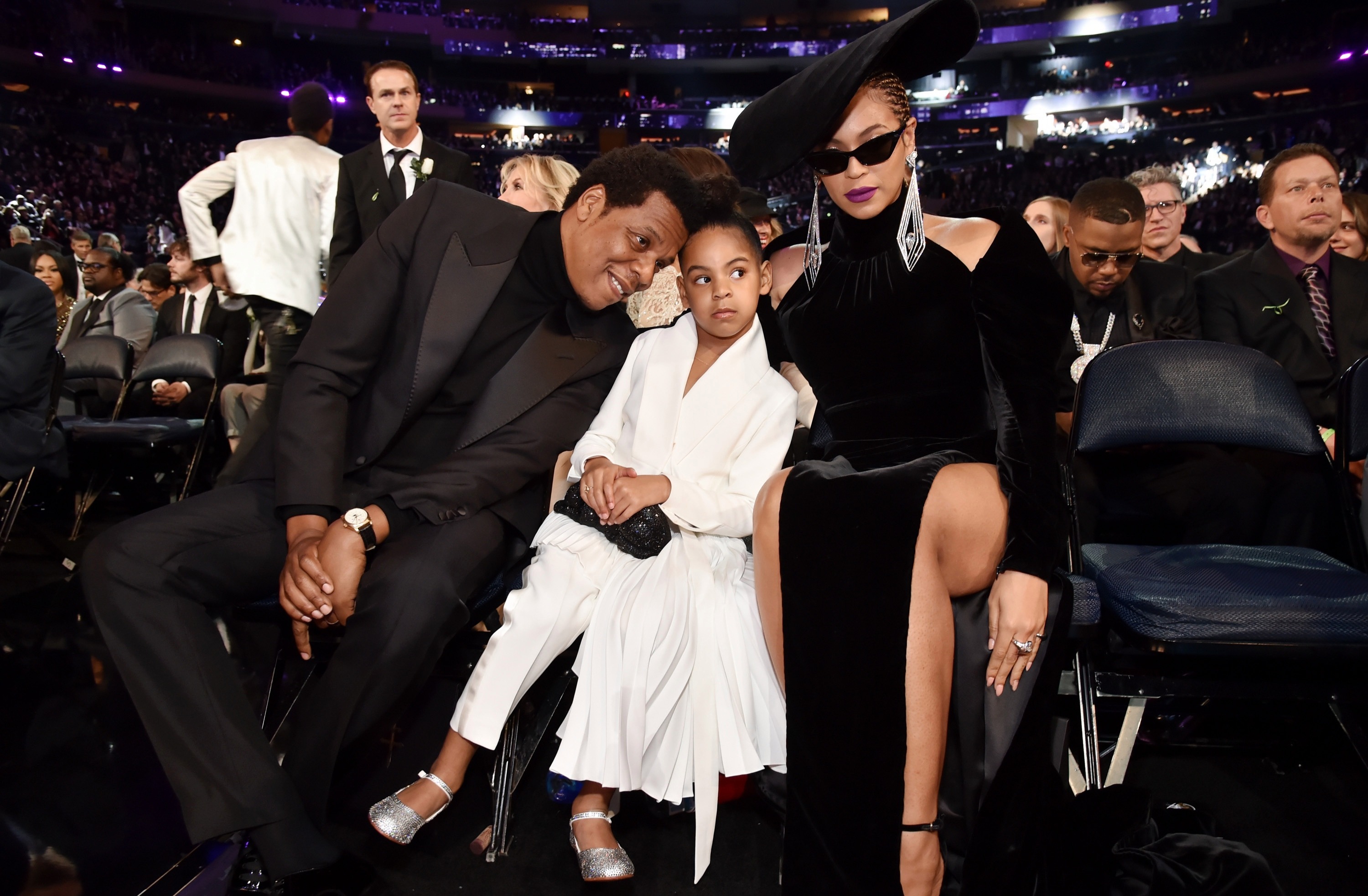 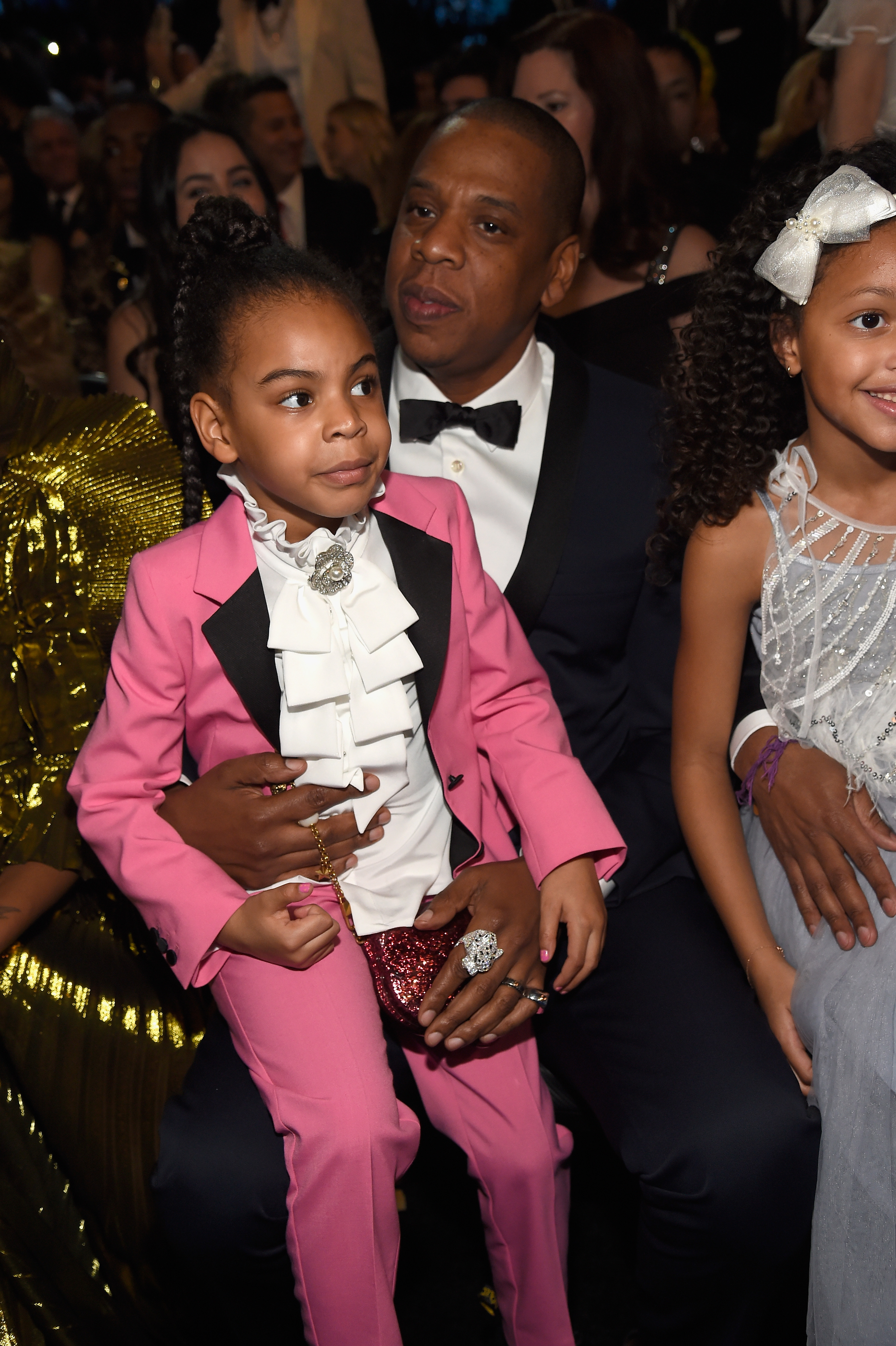 She stole the show at her first music event, the 2014 MTV VMAs, when she was just two years old, and was given a front-row seat with her parents at the Grammys in 2017 and 2018.

And that’s not all, Blue’s efforts on Beyonce’s Brown Skin Girl have already seen her win a NAACP Image Award, a BET Award, and a Soul Train Award.

In fact, every time Blue has been nominated for a music gong she has won.

TEN days after Blue was born in January 2012, Jay Z released his track Glory, featuring the sound of his daughter crying.

The rapper, 51, recorded her vocals 48 hours after she was born and Blue was credited on the track as B.I.C. 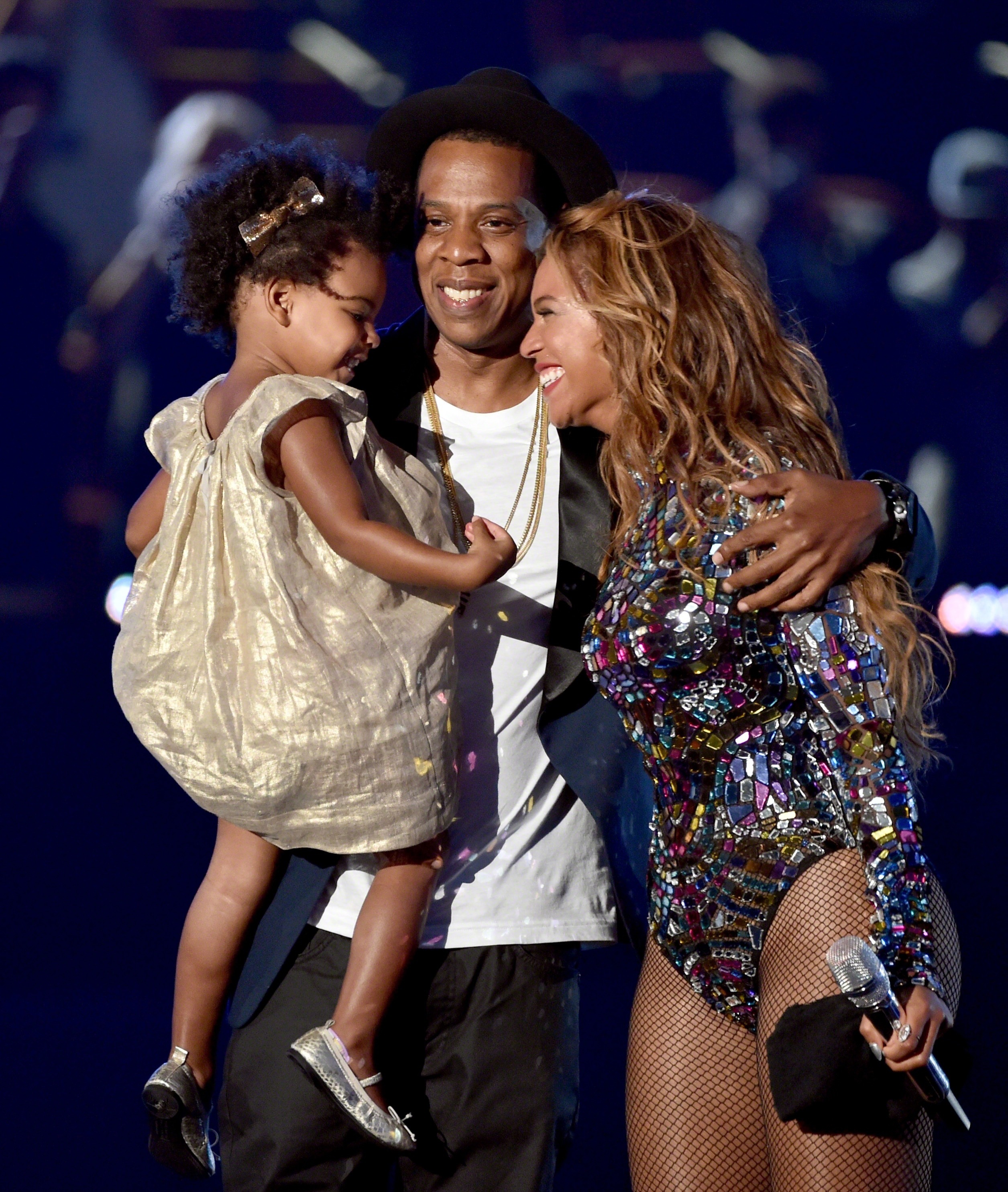 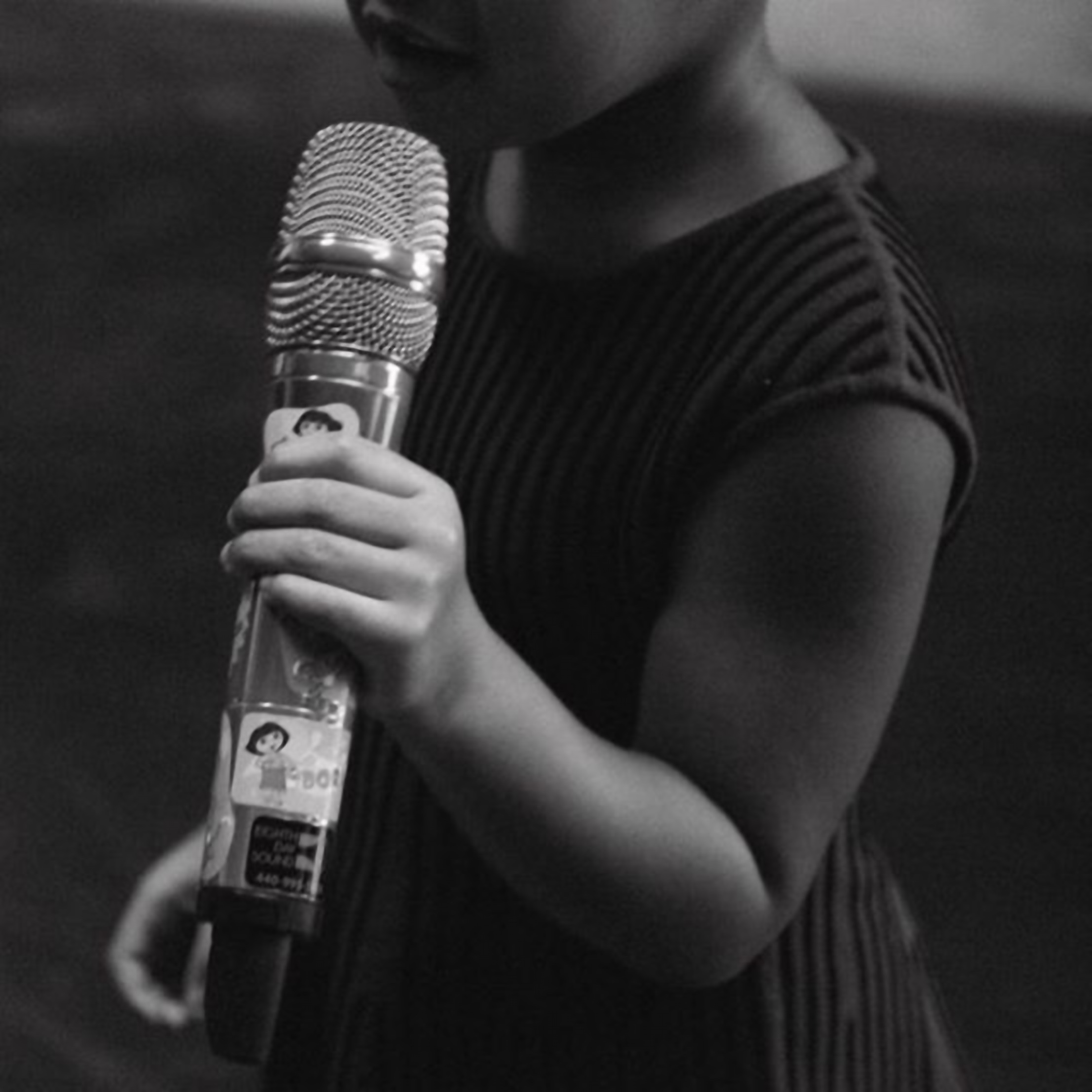 She became the youngest ever person to have a song in America’s Billboard 100 chart.

A year later the toddler featured on her mum’s song, Blue, an ode to her daughter.

However, it was her writing credit, vocals and role in the video for Beyonce and WizKid’s single Brown Skin Girl that saw Blue win the Grammy for Best Music Video on Sunday.

Speaking about her daughter’s take on the success of the song, Beyonce told Vogue in November: “Blue saw some of the reactions to the Brown Skin Girl video.

"When I tell her I’m proud of her, she tells me that she’s proud of me and that I’m doing a good job. It’s sweet.”

To date Blue has lent her voice to five of her parents’ solo tracks.

WITH parents as rich as Beyonce and Jay Z, it is no wonder Blue has access to her own stylist and personal shopper.

Manuel Mendez started working for Beyonce as her personal assistant in 2009, but he is now responsible for making sure Blue is kitted out with all the latest designer gear. 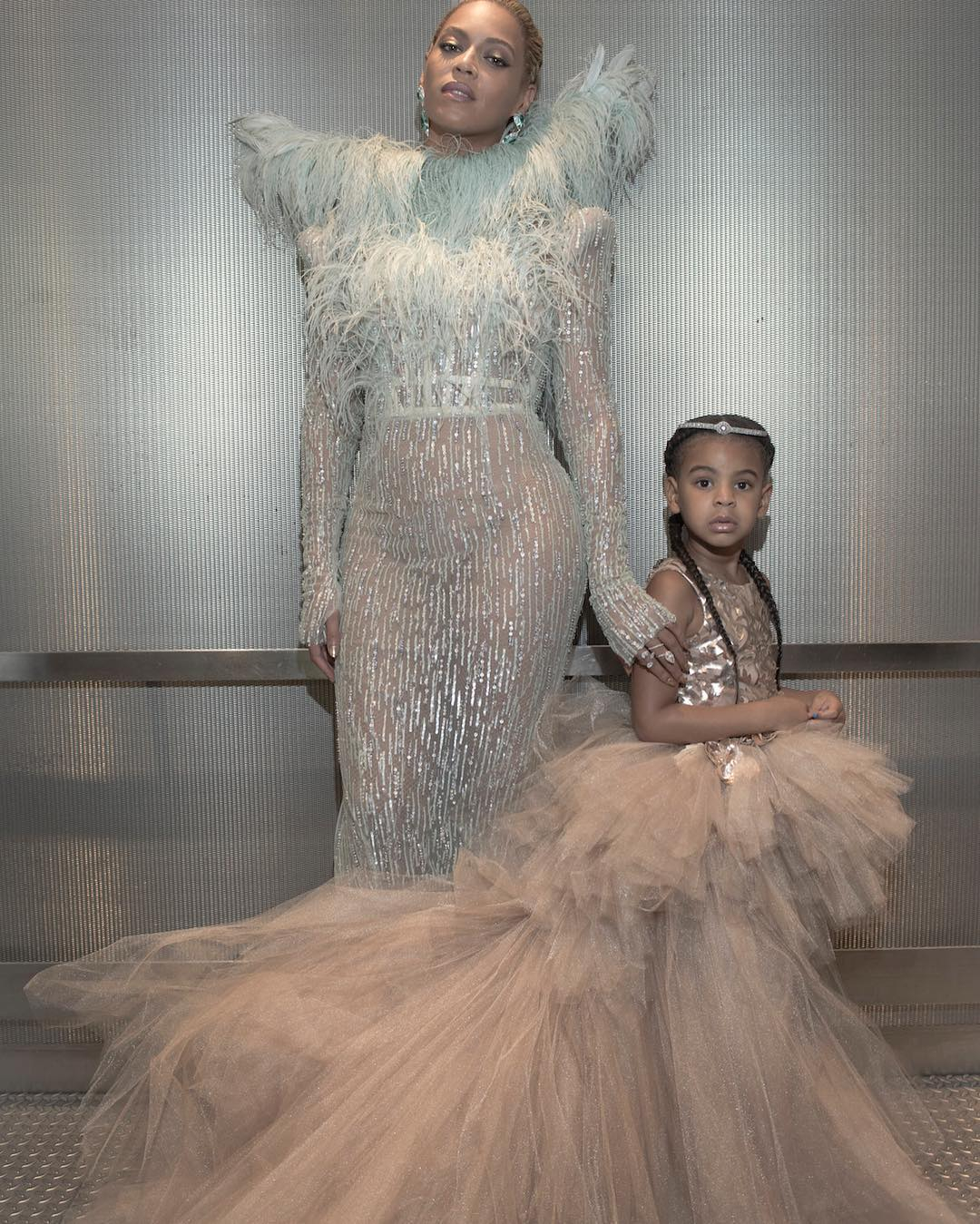 The nine-year-old’s accessories include a £1,230 Louis Vuitton handbag and a Valentino studded clutch worth £1,765. And her vast wardrobe is made up of haute couture and top brands.

Blue was even considered to be one of the best dressed at the 2016 MTV VMAs when she wore an £8,000 blush tulle dress and diamond tiara to complement her mum’s outfit.

Beyonce revealed her daughter has an eye for fashion when she told Vogue in November that her second Ivy Park clothing collaboration with Adidas had been inspired by Blue during lockdown.

Naturally, Blue also starred in the campaign, alongside models including Hailey Bieber, 24. 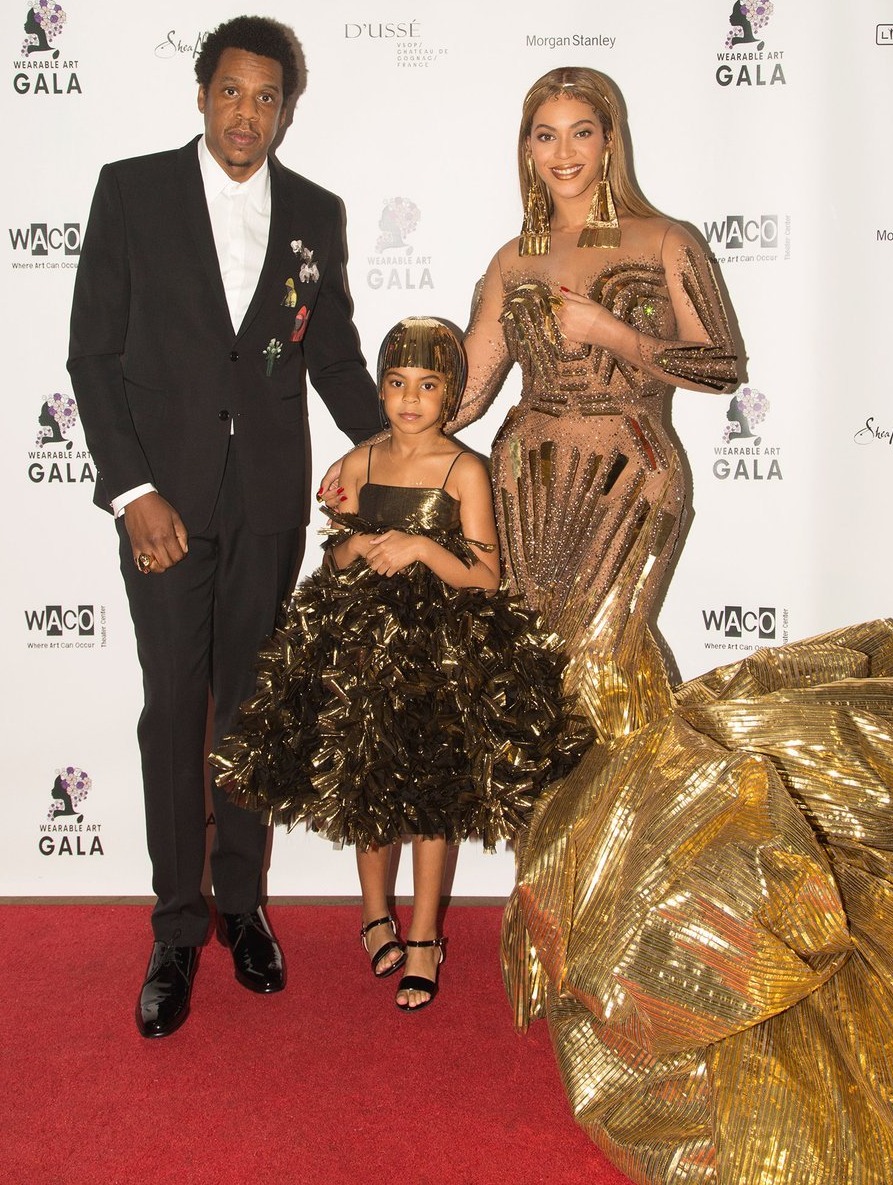 Beyonce said: “During quarantine, fashion was a place of escape for me.

"My kids and I came up with Fashion Fridays. Every Friday we would dress up in my clothes or make clothes together and take pictures.

“It became a ritual for us and an opportunity to handle this crazy year together.

"The newest Ivy Park collection was inspired by this new tradition.”

BLUE made her screen debut in Beyonce’s autobiographical offering, Life Is But A Dream, in 2013 and since then has become a star of all her mum’s films.

In 2016 she appeared in her visual album Lemonade – which sold over 2.5million copies worldwide – and in 2019’s Homecoming, a concert film released across all major streaming platforms. 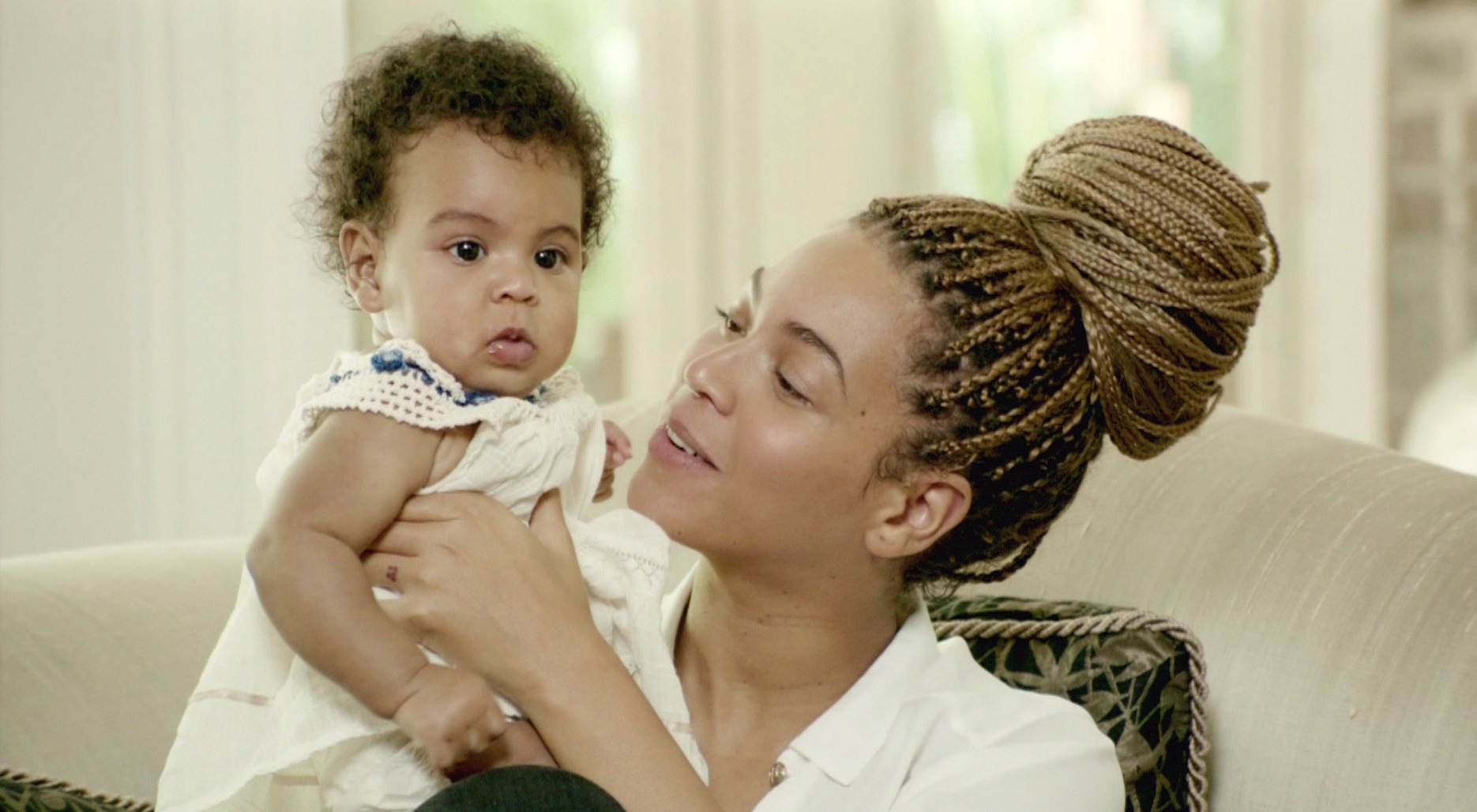 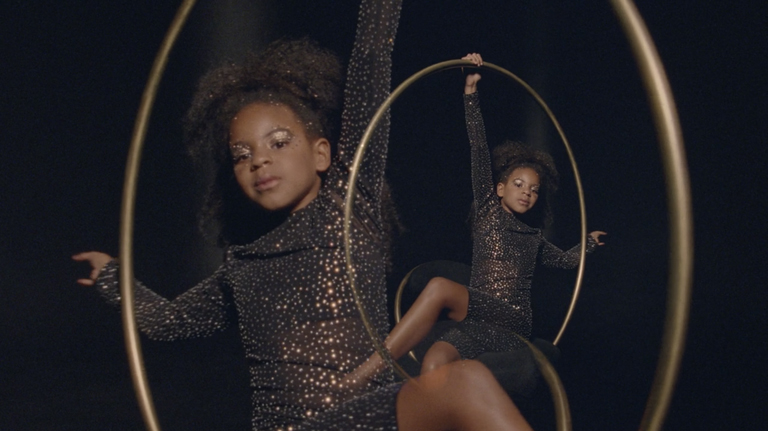 But it was her starring role in Beyonce’s visual album Black Is King last year that helped Blue stand out in her own right.

She made multiple appearances throughout the extended music video, including with Oscar-winning actress Lupita Nyong’o, 38, Kelly Rowland and supermodel Naomi Campbell, 50.

WHEN Beyonce and Jay Z announced the birth of Blue Ivy in January 2012 they had also trademarked her name.

Heralding their daughter as a “cultural phenomenon” in the legal documents, the trademark covered everything from dummies to cosmetics, online shops and entertainment such as  video games and jewellery. 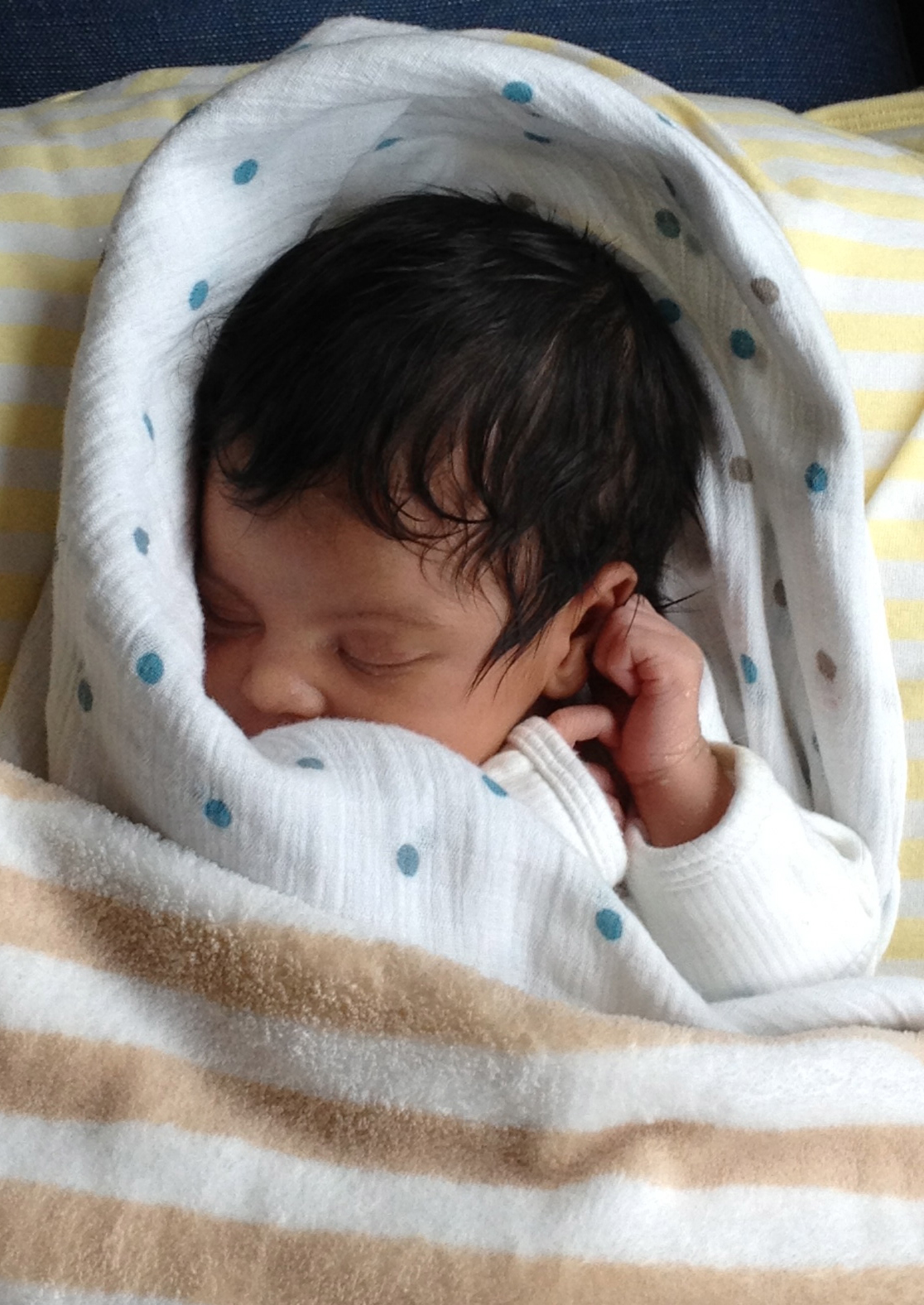 At the time the application was appealed by  American wedding planner Veronica Morales, who owned Blue Ivy Events.

Jay Z insisted they didn’t want to cash in on Blue and said ­protecting her name would ensure no one else could.

He told Vanity Fair: “You don’t want anybody trying to benefit off your baby’s name.”

In fact, Blue has built a career of her own away from her parents.

THERE is no doubt Blue and her three-year-old twin siblings Rumi and Sir live a gilded life. 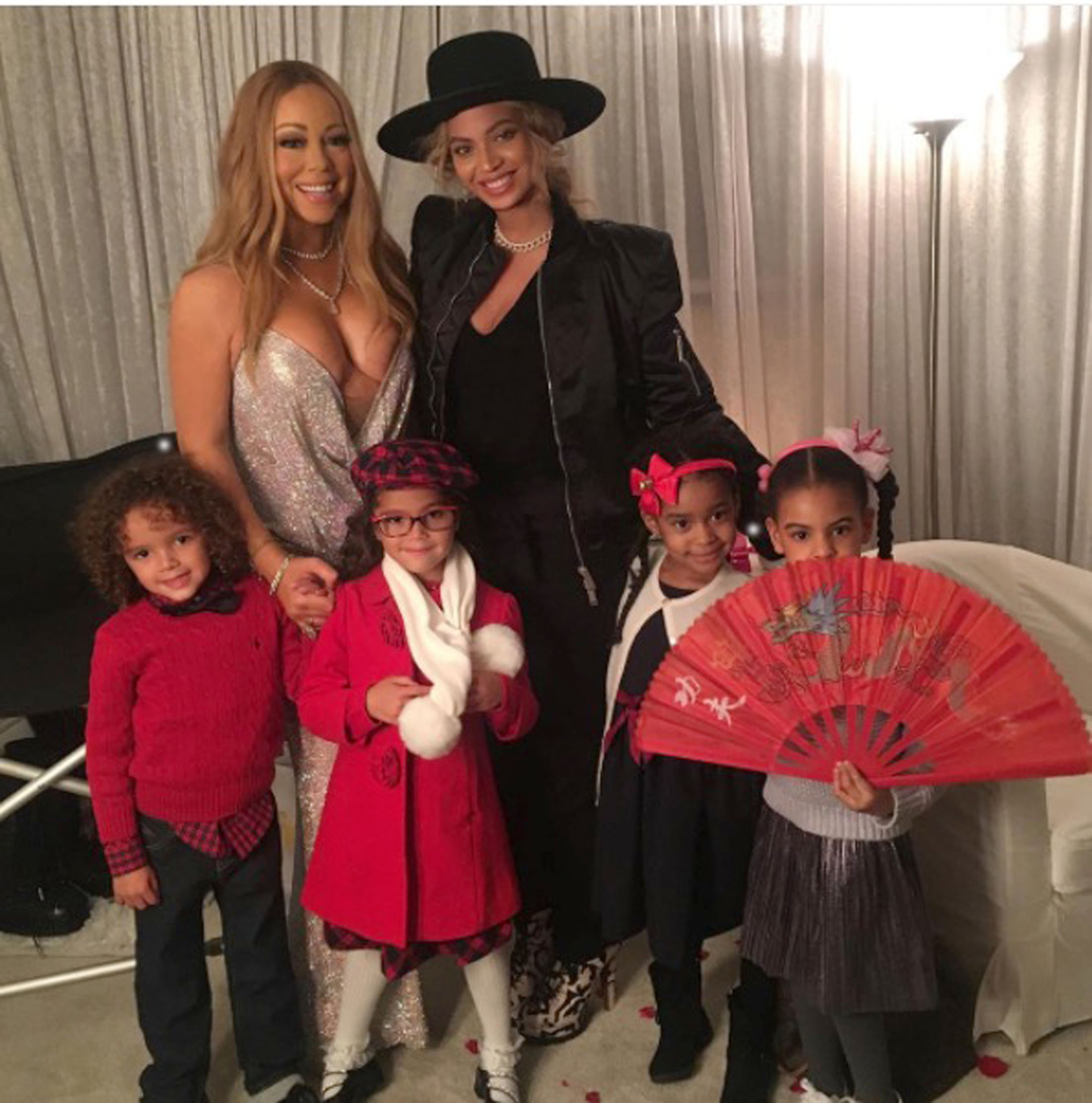 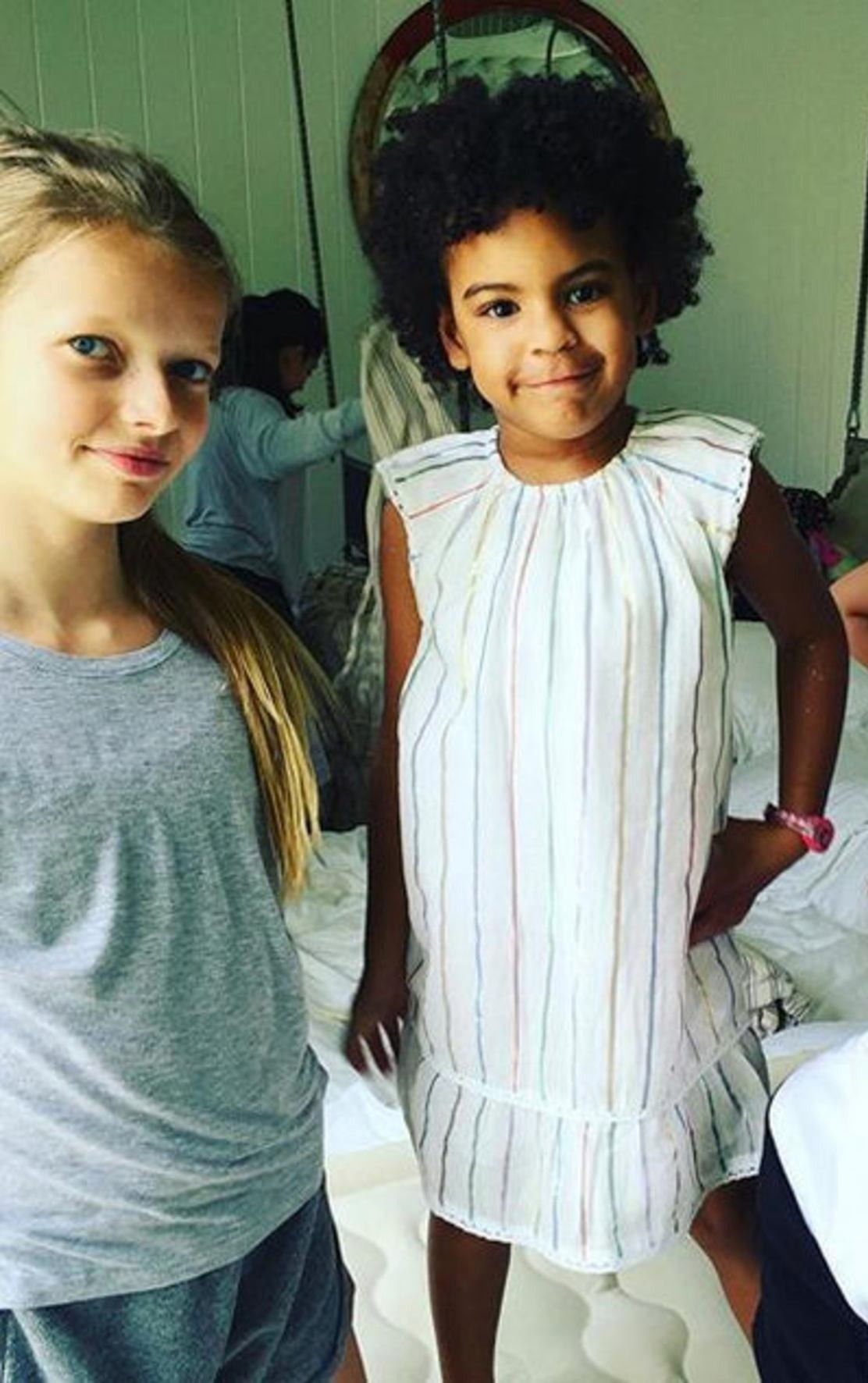 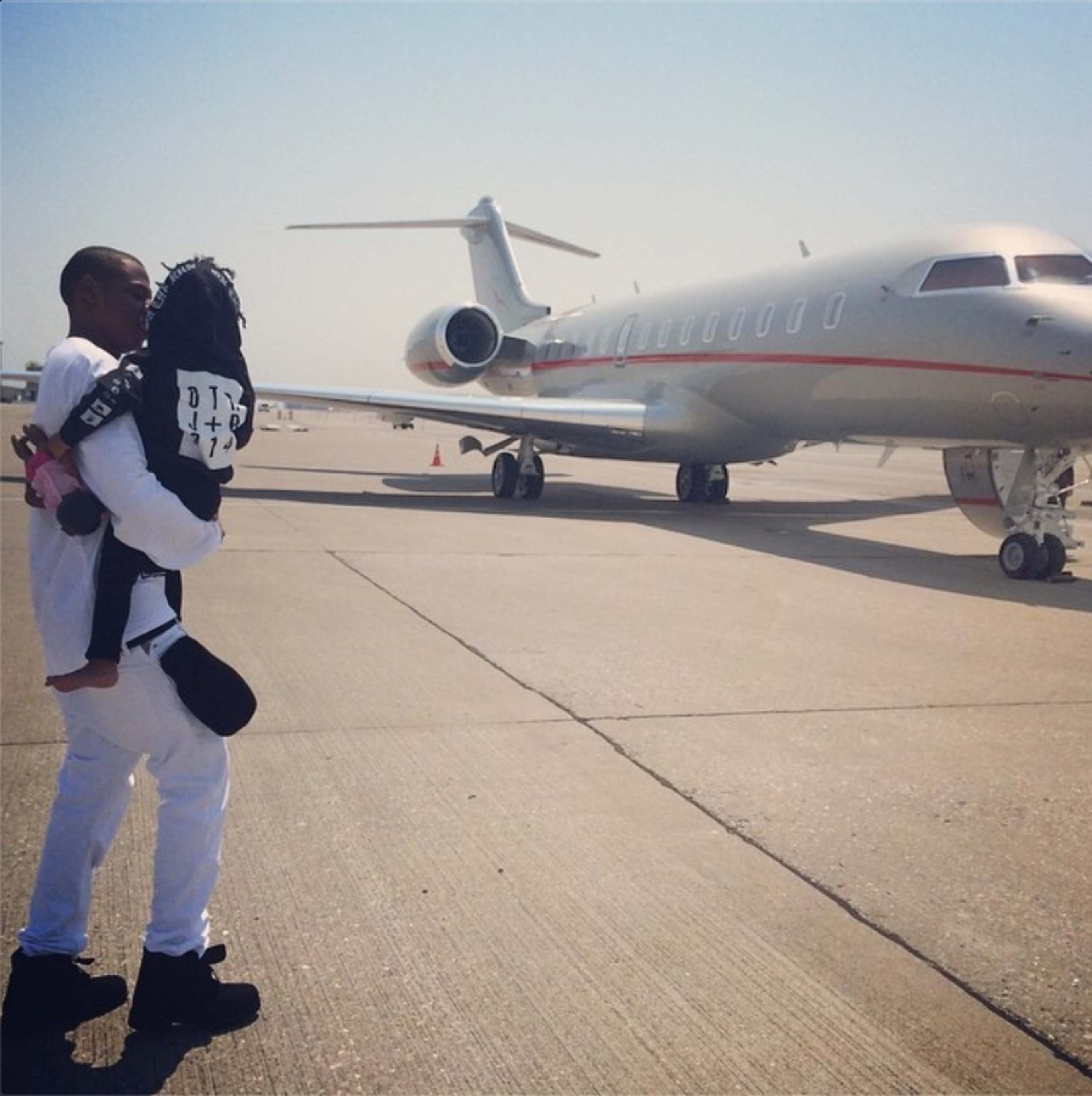 But Beyonce and Jay Z are often seen taking their private jet to their other properties, including an £18.5million house in The Hamptons, New York.

And the circles Blue moves in are testament to her upbringing.

It is believed she started at The Early Education Center, in West ­Hollywood, a private primary school with fees of around £13,000 per year.

Among her pals are Apple Martin, 16, daughter of actress Gywneth Paltrow, 48, and Coldplay’s Chris Martin, 44. 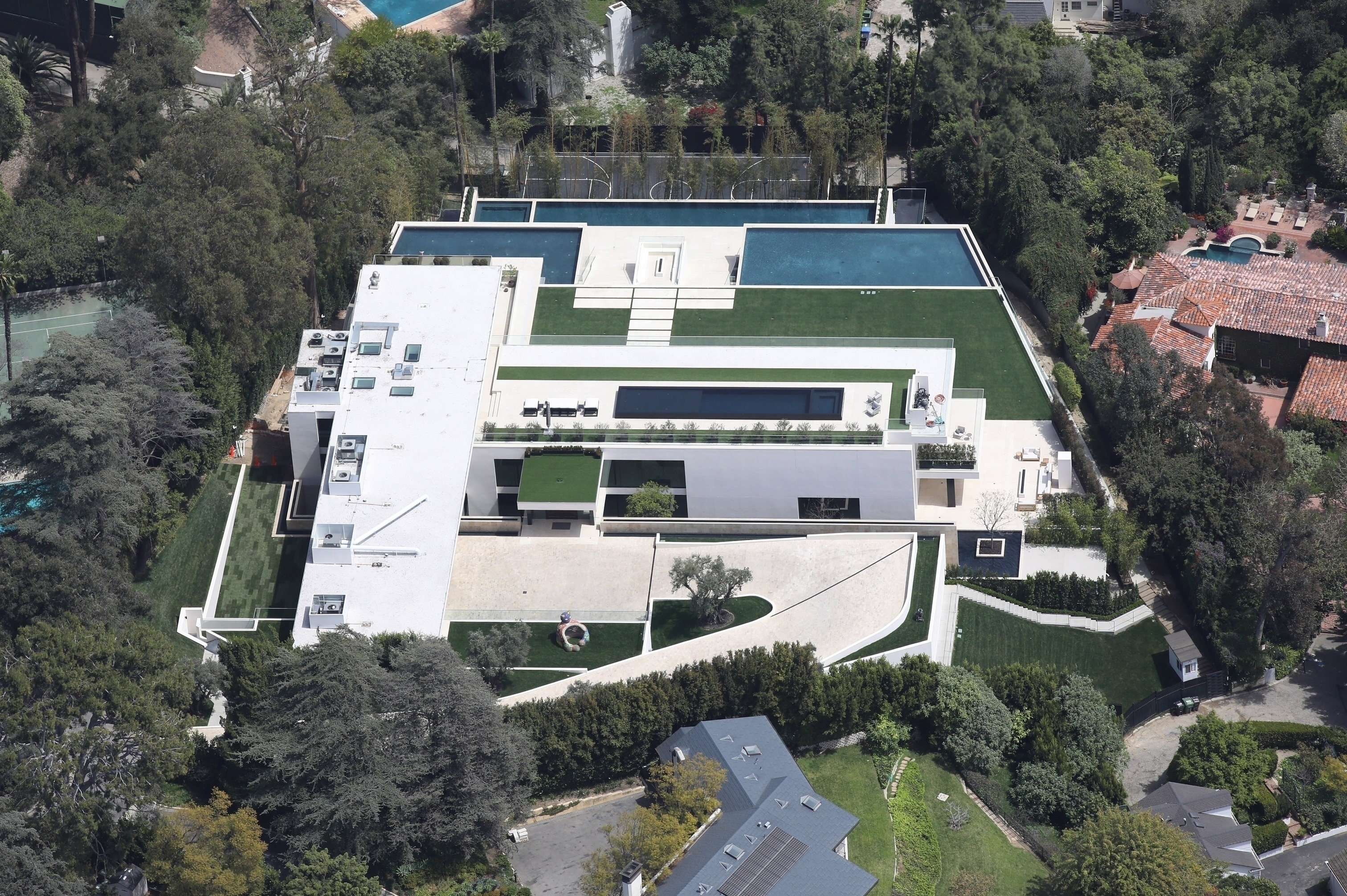 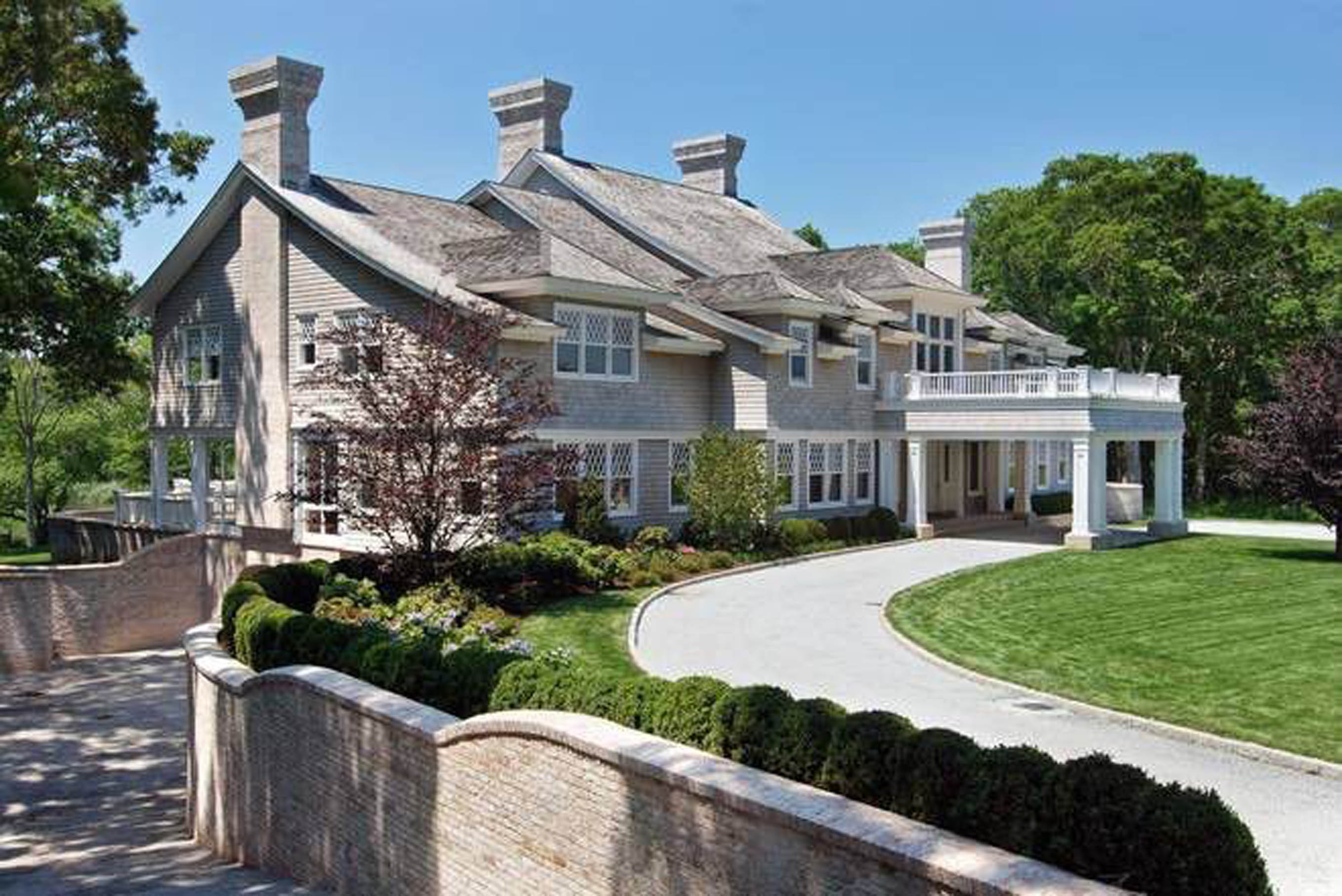 She has also been pictured hanging out with Mariah Carey and Nick Cannon’s nine-year-old twins Moroccan and ­Monroe.

And, of course, Blue is close to Titan, six, the eldest son of Beyonce’s Destiny’s Child bandmate Kelly Rowland.

Kelly, 40, who also has one-month-old Noah, said of their children’s friendship: “They are extremely close. It’s the sweetest thing.