For the first time since Friends came to an emotional close in 2004, cast members Matt LeBlanc, Lisa Kudrow, Jennifer Aniston, David Schwimmer, Courtney Cox and Matthew Perry reunited for a look back at their decade-long run on the award-winning NBC sitcom. Hosted by James Corden, Friends: The Reunion on HBO and Sky saw each of the show’s leading stars reminisce about their years working together, as well as re-enacting some of the most memorable moments and revisiting the iconic set. But it wasn’t just the actors behind Joey, Chandler, Ross, Phoebe, Monica and Rachel who popped in for the special occasion as fellow series stalwarts including Gunther star James Michael Tyler added their own insight.

Gunther may not have been a part of the main six-part ensemble but he nevertheless was very much part of the furniture on Friends.

Appearing in all 10 seasons, Gunther’s unique eye-popping bleached blonde hairstyle became just as iconic as the Central Perk sofa in the coffee shop he used to manage.

Add to the mix an unwavering and at times hilarious attraction to Rachel, and Gunther’s place in Friends folklore will be remembered for as long as the show is among its fandom.

So it was only right that – even though he couldn’t be there in person – the actor behind Gunther, James Michael Tyler, beamed into the reunion special on HBO via video link to speak with his former co-stars. 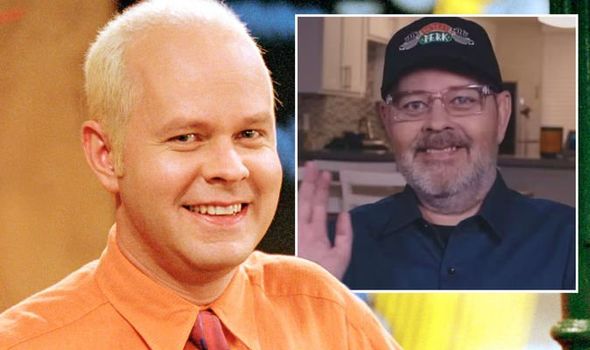 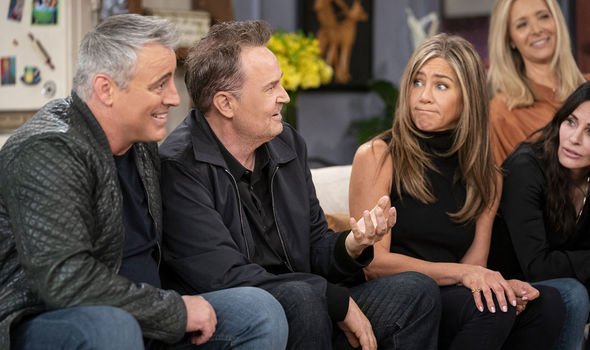 “Hey, what’s up everybody,” Tyler said over video link while the live audience and cast erupted into cheers and applause. “It’s good to see you all. You all look great.”

Host Corden then asked Tyler: “Tell us about your experience making the show and how your character just came to life over the course of these seasons.”

Tyler replied: “It was the most memorable 10 years of my life, honestly.

“I could not have imagined just a better experience. All these guys were fantastic and just a joy to work with. It felt very, very special.” 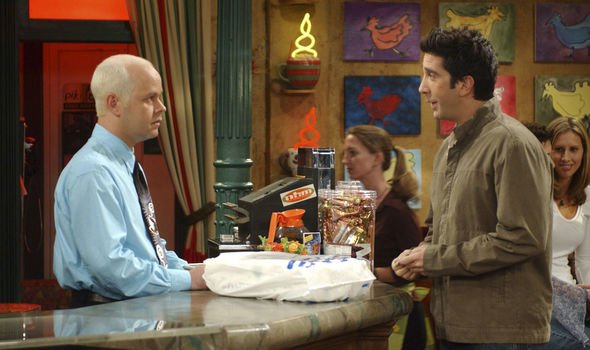 A clip from the series showed Gunther in action, typically flirting with Rachel and shunning Ross before the star bid his farewell.

And while thousands of Friends viewers were overjoyed to see Tyler back on their screens, many were slightly distracted.

This was down to the fact Tyler was branded “unrecognisable” from his Gunther days, ditching the blond hairdo and now sporting a beard.

A third added of the show as a whole: “I really enjoyed the quiz. Wished it was a bit longer. #FriendsTheReunion #FRIENDSREUNIONPARTY #FriendsReunion #Friends Couldn’t recognise Gunther.”

“There’s Janice, Richard, Gunther and I wish they included Mike but still it’s the best show I’ve watched & still the best cast, characters. They have the characters inside them.”

And a fifth admitted they were “shocked” to see Tyler, weighing in: “Who else was shocked to see #gunther in the #FriendsReunion?”

Tyler appeared on-screen in over 100 episodes of Friends over its decade-long stint on NBC.

Since leaving the role, Tyler teamed up once again with LeBlanc in BBC comedy-drama Episodes alongside Stephen Mangan.

Friends: The Reunion is available to stream on NOW TV now.