You know how every time a Bachelor Nation couple breaks up they promise to be friends? Well apparently Colton Underwood and Cassie Randolph meant it. The former couple parted ways in late May, saying in matching Instagram posts that they planned to remain in each other’s lives And now they’re out here getting breakup tattoos together. Colton posted a photo of himself getting tattooed on what looks to be a balcony last night. And while Cassie’s not in the picture….

a glass of red, some art and good friends!

Her sister Michelle posted a photo of her getting tattooed by the same artist on the same evening. Meanwhile, a source told Us Weekly that “It was just a bunch of meaningful tattoos and a really nice, chill night with friends.” 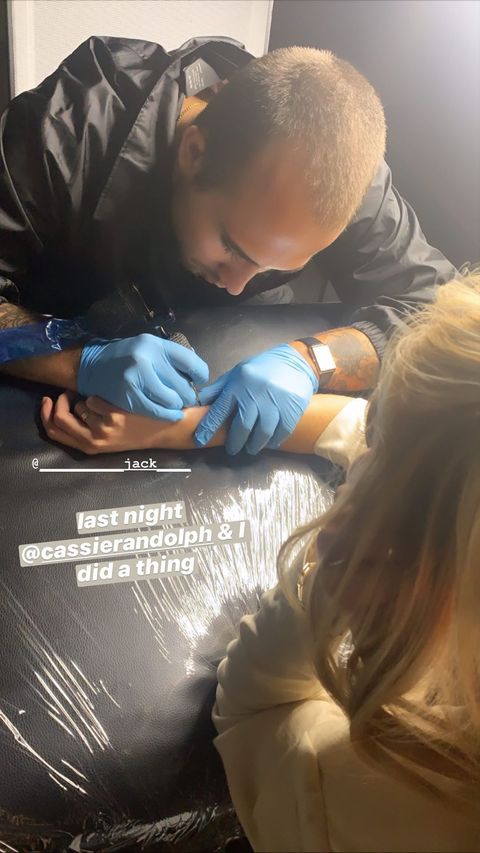 While Cassie and Colton haven’t confirmed why they broke up, a source told People that Cassie wasn’t ready for marriage and Colton was, saying “Ultimately, Colton and Cassie just weren’t on the same page. Colton really wanted to settle down and get married — he’s been ready for a long time. And Cassie just wasn’t ready. They both knew it wasn’t going to work.”