Streaming on HBO in the US and on Sky Atlantic and NOW for UK audiences, the 10-part House of the Dragon series follows the mighty Targaryen dynasty and is set 200 years before the events of Game of Thrones. 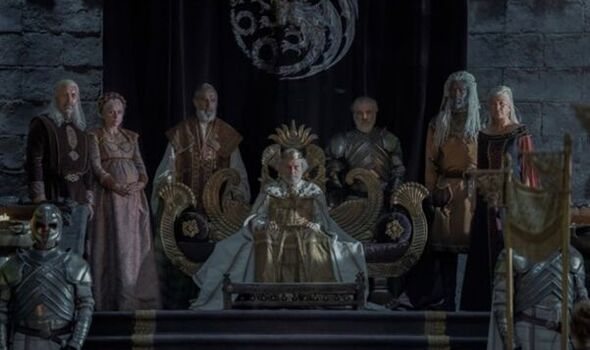 House of the Dragon is based on George R.R. Martin’s 2018 novel Fire and Blood which takes a deep dive into Targaryen history and the slow demise of a once great house through a bloody civil war.

Like the source material, the show is looking to primarily centre on the Targaryen dynasty and their succession crisis when King Viserys (Paddy Considine) abandons the male-heir tradition and names his daughter Rhaenyra Targaryen (Emma D’Arcy), as his successor to the iron throne. This sparks a generational war known as the “dance of the dragons”.

House of the Dragon showrunner Ryan Condal has promised fans a slow-burn drama that explores family sagas and feuds that simmer away for years. He recently described the prequel as “succession with dragons.”

George R.R. Martin has also recently spoken about how House of the Dragon is a character-driven drama, rather than an action series, saying: “Those of you who like complex, conflicted, grey characters (as I do) will like this series, I think.”

Ahead of the series premiere we have put together everything you need to know about the Targaryens and what we can expect from the first season of House of the Dragon. 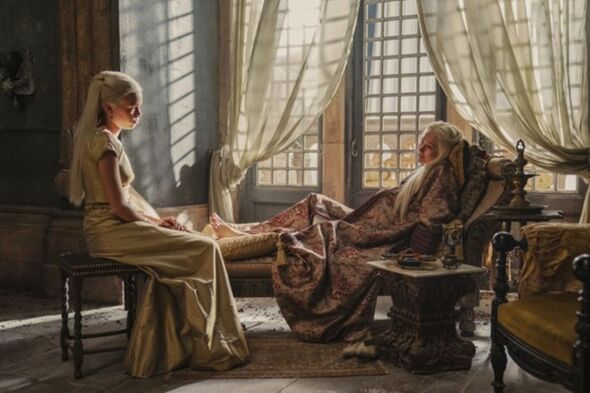 Who are the Targaryens?

The Targaryens are descended from Old Valyria, a region of Essos on the Valyrian Peninsula. They are the only family of dragonlords who survived the Doom of Valyria, a cataclysmic event that led to the destruction of the Valyrian empire.

Known for their platinum hair, purple eyes and dragon-riding abilities, they are as unhinged as they are powerful. Inter-marrying is another family trait, and they are more than happy to wed siblings and cousins to keep the bloodline “pure”.

Having left Valyria with a few dragons in tow, the family settle on Dragonstone Island until Aegon the Conqueror decides to do a spot of warmongering in Westeros. He unifies the seven kingdoms under a single monarchy, using fire-breathing dragons to seize power.

During Aegon’s Conquest of Westeros, the family creates a stronghold in the capital city of King’s Landing and proceeds to rule seven kingdoms from the iron throne and with the help of their dragons. 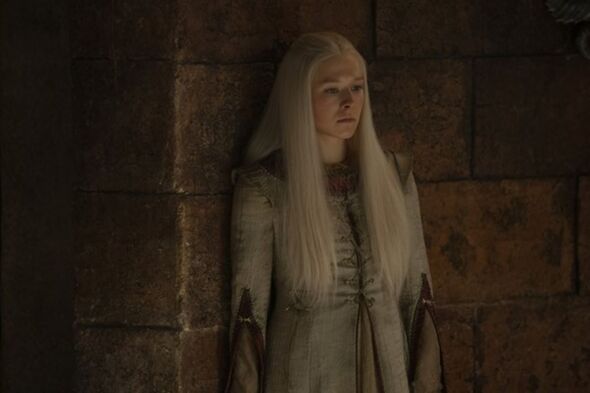 They rule for almost 300 years until the mighty dragon riding dynasty comes to an end with the death of Aerys the Mad King, during Robert’s Rebellion.

The Targaryens are overthrown in this vicious battle and replaced by House Baratheon who claim the Iron throne.

We begin the Game of Thrones books and series not too long after the fall of House Targaryen, with jolly-but-ineffective king Robert Baratheon. He presides over a largely peaceful Westeros in between his bouts of drinking, gambling and infidelity.

It is in the first season of Game of Thrones that we also find out two of the surviving Targaryens, Viserys and Daenerys, (Aerys’ offspring) fled into exile and are residing in the Free Cities of Essos – with zero dragons and no real family members. Daenerys’ fight to reclaim the iron throne at all costs is one of the main story arcs over the eight seasons.

What Targaryens will be in House of the Dragon?

As the show is set hundreds of years before Game of Thrones, there will be a whole new range of Targaryens to love and hate. You will not see Daenerys in the prequel as she is nine generations ahead, but you will meet some of her dragon-taming ancestors.

House of the Dragon tells the story of House Targaryen when they are at the height of their power and influence.

“I liked the idea of focusing on one family, and obviously the Targaryens have a lot of drama to go around,” explains HBO and HBO Max content chief Casey Bloys.

Bloys told the Hollywood Reporter: “I also liked the echo of how empires can quickly fall — those are the types of conversations we are having in our own country, which I don’t think is anything I would’ve thought we’d be talking about 20 years ago.”

If the show follows the source material, the plot should document the fall of the dynasty due to a civil war.

The conflict is caused by King Viserys Targaryen (Paddy Considine), choosing his firstborn child Rhaenyra (played by both Emma D’Arcy and Milly Alcock), as heir to the Iron Throne rather than a male heir.

This monumental decision sets in motion a chain of events that sparks a bloody dispute over who will inherit the throne, as family loyalties are tested, and bonds are broken.

Viserys is on the throne because he was chosen by the lords of Westeros to succeed the Old King, Jaehaerys Targaryen, at the Great Council at Harrenhal. The council chooses Viserys over his cousin Princess Rhaenys Targaryen, favouring a male heir for the throne. She is henceforth known as “the queen who never was” and marries Lord of the Tides Corlys Velaryon.

While Viserys is a decent king his controversial succession choices threaten to disrupt the peace in Westeros. As we have learned from Game of Thrones, good men do not necessarily make for great kings. 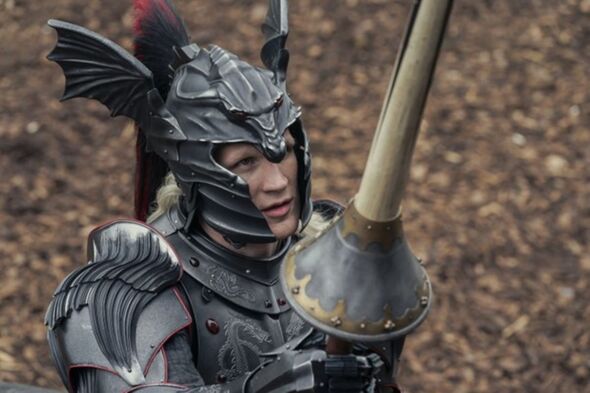 Viserys’ brother Prince Daemon Targaryen (Matt Smith) is another central character in the series. He is a peerless warrior and dragon rider who believes that he has the strongest claim to the throne.

Princess Rhaenyra Targaryen, the first-born daughter of Viserys, is another important character in the series as she battles for her birthright – the Iron Throne. The lords of Westeros do not care for female leadership, and she is informed: “A woman would not inherit the Iron Throne, because that is the order of things.”

In return, Rhaenyra says: “When I am the queen, I will create a new order.”

Her path to power is also complicated further when her father (Viserys) remarries and has sons with his second wife, Alicent Hightower (played by both Emily Carey and Olivia Cooke). Viserys refuses to name his eldest son, Aegon, as his new heir as he is dead set on Rhaenyra being queen.

Alicent inevitably wants the throne to pass to her sons and is willing to go to battle with her childhood friend Rhaenyra to uphold the patriarchy – all hell breaks loose and dragons are deployed.

Showrunner Miguel Sapochnik describes the situation between Alicent, Rhaenyra and Viserys as “complicated”.

Speaking to the Hollywood Reporter, Sapochnik said: “The best friend becomes the king’s wife and thereby the queen. That in itself is complicated — when your best friend goes and marries your dad. But from the tiniest things, it slowly evolves this gigantic battle between two sides.”

The story unfolds many years and will rely on time jumps to further the narrative.

“This is how you tell this story correctly,” says co-showrunner Ryan Condal. “We’re telling a story of a generational war. We set everything up so by the time that first sword stroke falls, you understand all the players.”

Much like Game of Thrones, this is a complex story involving politics, power and family drama with multiple cast members to keep tabs on. This is a show that undoubtedly will require your full attention and possibly a notebook. 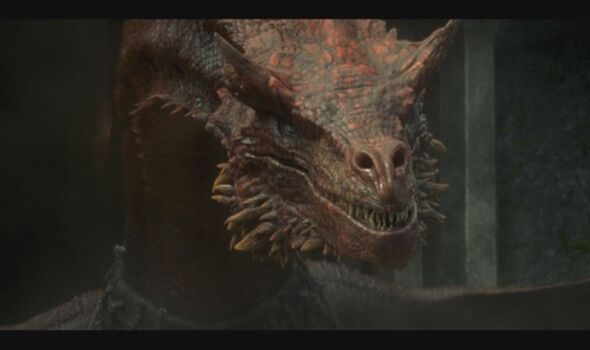 What dragons do the Targaryens have?

Long before Daenerys Targaryen set her sights on power in GoT, with her dragons Drogon, Viserion and Rhaegal, dragon riders ruled the sky in Westeros. We can expect to see many ferocious dragons in the prequel series, including Daemon Targaryen’s dragon Caraxes and Rhaenyra Targaryen’s dragon Syrax.

Balerion the Dread is a fan favourite, but this huge dragon died less than a year after Prince Viserys claimed him. For this reason, it is unlikely that we will see Balerion alive in the series unless there are flashback scenes or significant changes to the source material.

The relationship between House Targaryen and their dragons is a significant part of House of the Dragon and Game of Thrones. With these fire-breathing beasts, the Targaryens had ultimate power over air, sea and land in Westeros and faced little threat to their enormous power. Other than from each other of course.

Get the latest updates as the House of the Dragon series airs with the Dragon Watch newsletter. Sign up here.