Every series of Luther ranked, from worst to best

Note: contains spoilers for all four series of Luther

When Luther first burst onto our screens back in 2010 – yes, it has been that long and yes, we do feel extremely old – it felt like the entire country sat up and took note.

This was a British crime drama so dark and depraved, it gave Scandi noir a run for its money – forget your run-of-the-mill serial killer, show creator Neil Cross journeyed into the deepest depths of hell and returned with a plethora of abominable characters intent on carrying out the devil’s work.

So while we patiently wait for the fifth chapter to land – it’s expected to air later this year, let’s have a look at the show so far, and how each series ranks. 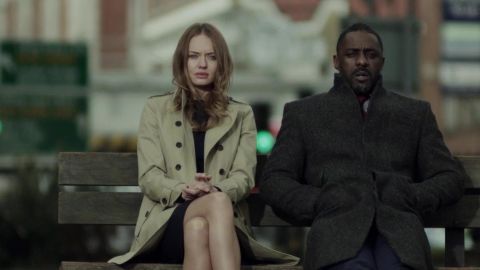 There’s always a weak link in every TV series – an episode that flies off-piste or an entire season that falls completely flat – True Detective season two, we’re looking at you. Luther’s fourth offering is that weak link.

Of course it shouldn’t have been – the people behind the show had two years to get it right, but there was one big change that just didn’t work: everything was crammed into two episodes and as a result, it felt less psychological thriller and more Hollywood blockbuster.

Don’t get us wrong, we’re not averse to car chases or explosions – DCI Theo Bloom (Darren Boyd) is blown to kingdom come after cannibalistic killer Steven Rees plants a bomb that goes boom. But series four was one action-packed sequence after another, to the detriment of the narrative itself – there’s too much going on and not enough time to digest any of it. 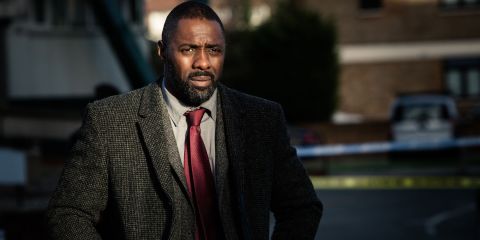 Not only is Luther on the trail of a serial killer with a penchant for human flesh, he’s being hunted by bounty killers after East End gangster George Cornelius (Patrick Malahide) puts a price on his head, as well as trying to protect his new partner in law and order, DS Emma Lane (Rose Leslie), and come to terms with the death of fan favourite Alice Morgan (Ruth Wilson) after we are told that she is no longer with us.

It felt fishy at the time, and our suspicions have since been proved correct. Morgan is officially back.

One of the key strengths of Luther’s earlier seasons was the way in which the story was given time to breathe, as well as royally forking you up – we are neither confirming nor denying that we checked our homes for serial killers on more than one occasion.

But series four was frantic and frazzled in all the wrong places, psychological drama paving the way for action – and as a result, the whole thing fell flat.

The fact that we were crying out for more after a measly two episodes indicates that it wasn’t a total disaster, but it could have been so much more. 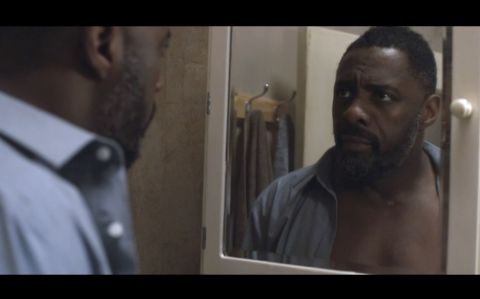 It felt like we were saying “Get to the good stuff” a lot during series two – a large chunk of the narrative is devoted to Jenny Jones (Aimee-Ffion Edwards), and it’s tedious, to say the least.

Jenny is the daughter of a man who murdered a prostitute, before cutting the body into pieces and dumping the parts in various bins dotted across London. She is brought to our attention after her mother, Caroline, asks Luther to save the troubled young woman – Jenny is working in the adult film industry and is living a life fuelled by drugs and alcohol.

Caroline claims that it is Luther, who dealt with Jenny’s father and supposedly ”humiliated him” before sending him off to do time in the big house, who is to blame for all of Jenny’s problems – and Luther, being the man that he is, obliges.

The wrong call, in our opinion. It’s an unnecessary plot device that no one is really invested in, particularly because twin killers donning Mr Punch masks are wreaking havoc on London’s streets, and Jenny, God bless her, is an unwelcome distraction. 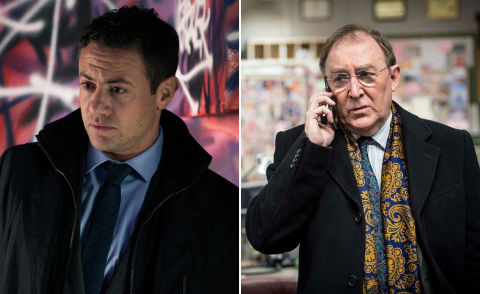 Luther has never looked more like himself than he does during the season three opener, emerging from an industrial garage engulfed in flames, culprit locked in his vice-like grip.

It’s peak Luther – an unflinching man-mountain who doles out daily reckonings to the capital’s criminal underworld, an underworld that somehow manages to get even murkier, straying further from the light.

All of the killers in Luther are stomach-churning in their own unique ways, to put it mildly, but season three’s grade-A scumbag casts an extra long shadow, stalking people in their own homes and hiding underneath the beds of his victims before emerging to do his worst.

But more than that, season three feels like Luther’s strength of character is put to the test like never before. There are moments when the detective, a man who has, seemingly, experienced it all, is starting to question what he’s doing, and if he can even carry on at all. That’s compounded by his discovery that a case is being built against him and DS Justin Ripley (Warren Brown), who Luther holds in the highest esteem, seems to be involved.

And it’s season three that arguably delivers the biggest blow of the entire series: the death of Ripley after he is shot in the chest by a vigilante killer on the run.

Luther collapses to the ground, overcome with grief, showcasing the full-range of Elba’s acting capabilities and the dizzying extremes of John Luther’s character, while the audience is left sucker-punched after thinking that Ripley would live to serve another day.

We needed a climactic moment, and we sure as hell got one.

Whoever said “Save the best for last” clearly hasn’t watched Luther.

The first season is, undoubtedly, king because it does very little wrong. Unlike series four, our first foray into the shadowy world of London’s Serious Crime Unit is spread across six episodes, which is generous in the context of this show, and allows the narrative to unfold at a civilised pace.

We’d be foolish to pretend that Luther isn’t entirely ridiculous on pretty much every level – the murders are highly unrealistic and Luther himself would definitely have lost his job long ago, or voluntarily walked away after teetering on the edge for more than is humanly possible. But realism is overrated, and season one audaciously acknowledges its absurdity head on and runs with it.

It’s the first time we meet the legendary detective, who has spent six months on gardening leave, and you’re catapulted straight into the heart of the action, Luther clanging around a factory after abductor and child killer Henry Madsen before allowing him to fall to his death, like the hand of God itself (Madsen ends up surviving). 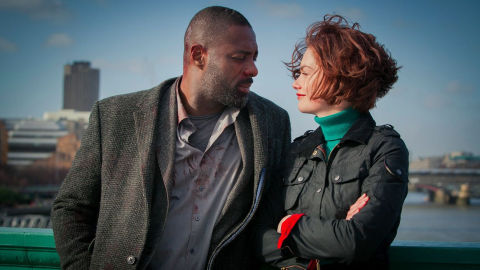 In the basest possible way, we like Luther: he’s really cool, you’re on his side and critically, it makes you want to stick along for the ride.

And not only are we faced with a maverick policeman who regularly loses control (there’s never a dull moment), we are also introduced to the deliciously terrifying Alice Morgan, the nation’s favourite psychopath.

Alice murders her own parents – always significantly more disturbing than snuffing out a complete stranger, and then challenges Luther to prove it. Yeah. That’s what we’re dealing with, and bringing her in so early in the series was a genius move by Neil Cross because we willingly tuned in time and time again to watch Luther and Morgan gravitate towards one another like moths to a flame.

We can expect that, and so much more, when Morgan and Luther face off on our screens once again later this year.

And just in case you’d forgotten, here’s everything you need to know about series five.