Escape to the Chateua: Angel excited by new campervan

Angel Adoree and Dick Strawbridge have been filmed renovating their 45-bedroom home on Channel 4’s Escape to the Chateau for several years. In a classic episode, which aired on Saturday, Dick decided to purchase a vintage wedding vehicle which he wanted to convert into a campervan. While Dick adored the “absolutely gorgeous” automobile, Angel found it hilarious.

Dick spotted the bargain 400 miles away, in South Wales, where he ventured to during the instalment.

A transport manager called Nev was selling the cream-coloured wedding bus which Dick had long admired and wanted for his family.

“That is absolutely gorgeous”, Dick said of the Asquith Mascot bus which was built in the 1980s using the parts of a transit van.

Dick was utterly smitten with the vehicle which had recently been used as a wedding car and he decided to buy it and drive it all the way home to France. 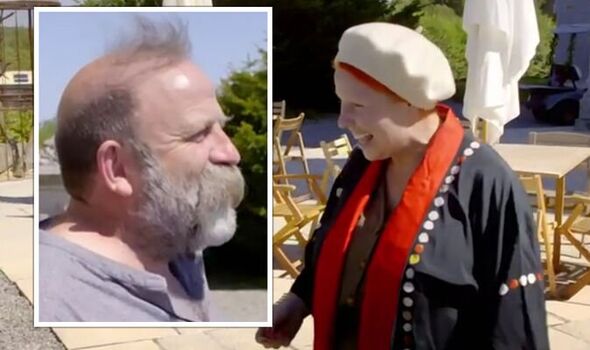 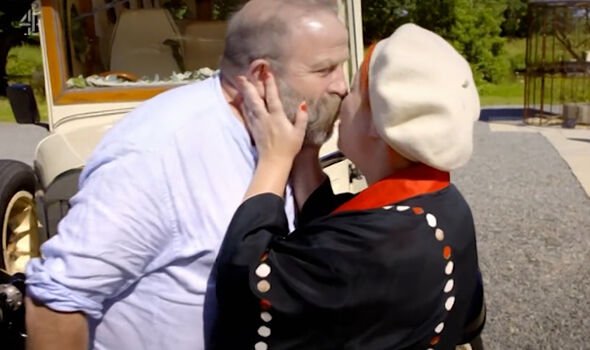 As Dick pulled up onto the driveway of the chateau in the vintage vehicle, Angel could not stop giggling.

The exclaimed while inspecting it: “It is so much better in real life.”

She gave her husband a hug and a kiss and, to his relief, she told him she liked the campervan.

“It’s ridiculous, isn’t it?” Dick quipped as he had a closer look at the car. 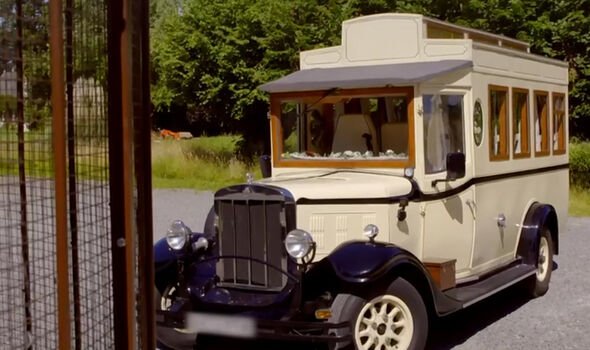 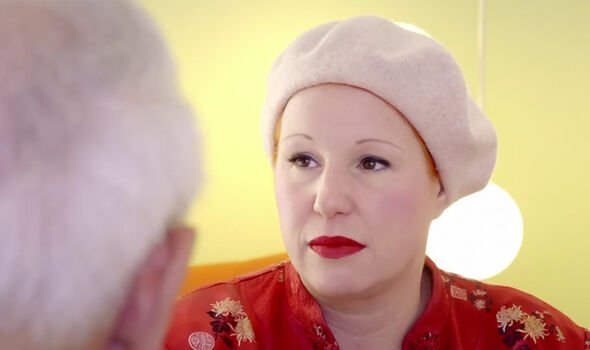 Dick agreed it looked ridiculous, but their children Arthur and Dorothy were thrilled with the quirky purchase.

They gasped when they saw it and did not hesitate to get up close to the van and look inside at its many seats and interesting features.

“I love it,” Arthur gushed and his little sister said she also adored the car.

The vehicle, which was used as a wedding bus, needed some work done on the inside before it could be transformed into a family campervan.

Arthur soon pulled down the fake wedding flowers which were used as decoration inside the vehicle.

However, the campervan conversion would have to wait as Angel had to continue prepping for her parents’ 50th wedding anniversary celebrations.

She was throwing them a huge party at the chateau to mark the romantic milestone.

The party would give her parents the chance to enjoy the chateau with their loved ones in the height of the French summertime.

Her parents eloped half a century ago and never celebrated with anyone to mark the event.

Angel had to be extremely organised with their anniversary party as she had more than 30 other events planned at the chateau that year.

The bash ended up being a huge success and Angel’s parents were flattered by all the friends and family members who visited France for the occasion.

Escape to the Chateau episodes are available to watch on All4.